Oz voiced support for legislation that would provide health care for veterans exposed to toxic burn pits, Agent Orange and other carcinogens. 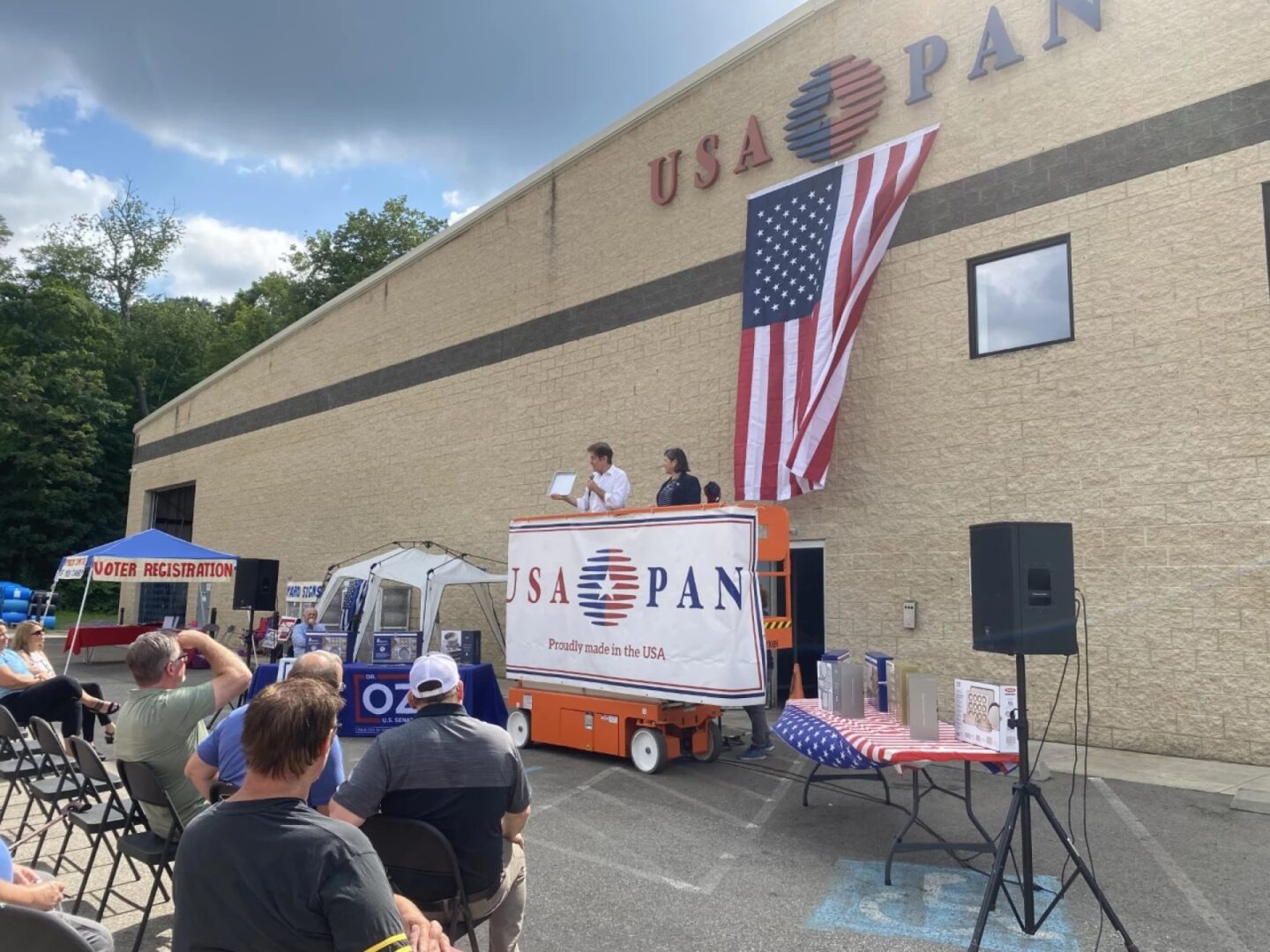 On a day that later featured a “National Night Out” appearance in McCandless, Oz also expressed support for the “PACT Act,” a measure to provide free health care to veterans exposed to toxic chemicals during their military service.

“A lot of inexpensive products are made by competitors,” Oz told supporters after a tour of a Crescent Township pan manufacturer. “We don’t allow American industry to thrive. We shackle ourselves.”

While Oz touted American-made goods, he also criticized House Speaker Nancy Pelosi’s visit to Taiwan. That trip was strongly opposed by the Chinese, who claim the island as their own. Oz said he worried China could retaliate by shutting down facilities that make products Americans rely on, such as lithium batteries.

“When Nancy Pelosi flies off to Taiwan to make a statement, they could, if they wanted, shut that down,” he said.

Oz also voiced support for legislation that would provide health care for veterans exposed to toxic burn pits, Agent Orange and other carcinogens. Hours before the bill cleared final passage in the Senate, Oz said during a brief interview with WESA, “These folks risked their lives.

“I actually think they should get the same insurance I get if I’m serving in the U.S. Senate,” he added. “They’ve done everything you could ask an American to do, and they’ve already paid their fee and they’re not getting what’s deserved of them, in this case health care access.”

Senate Republicans blocked the burn-pit bill last month after most of them supported a nearly identical version of it in June. But the reversal sparked an outcry, and the measure passed Tuesday evening by a vote of 80 to 11.

Among the Republicans voting “No” was Pennsylvania’s Pat Toomey, whose seat Oz is seeking along with Democrat John Fetterman. Toomey has consistently objected to spending provisions in the bill.