Gov. Tom Wolf pauses while speaking during a rally to end gun violence, Friday, May 27, 2022, in Philadelphia. 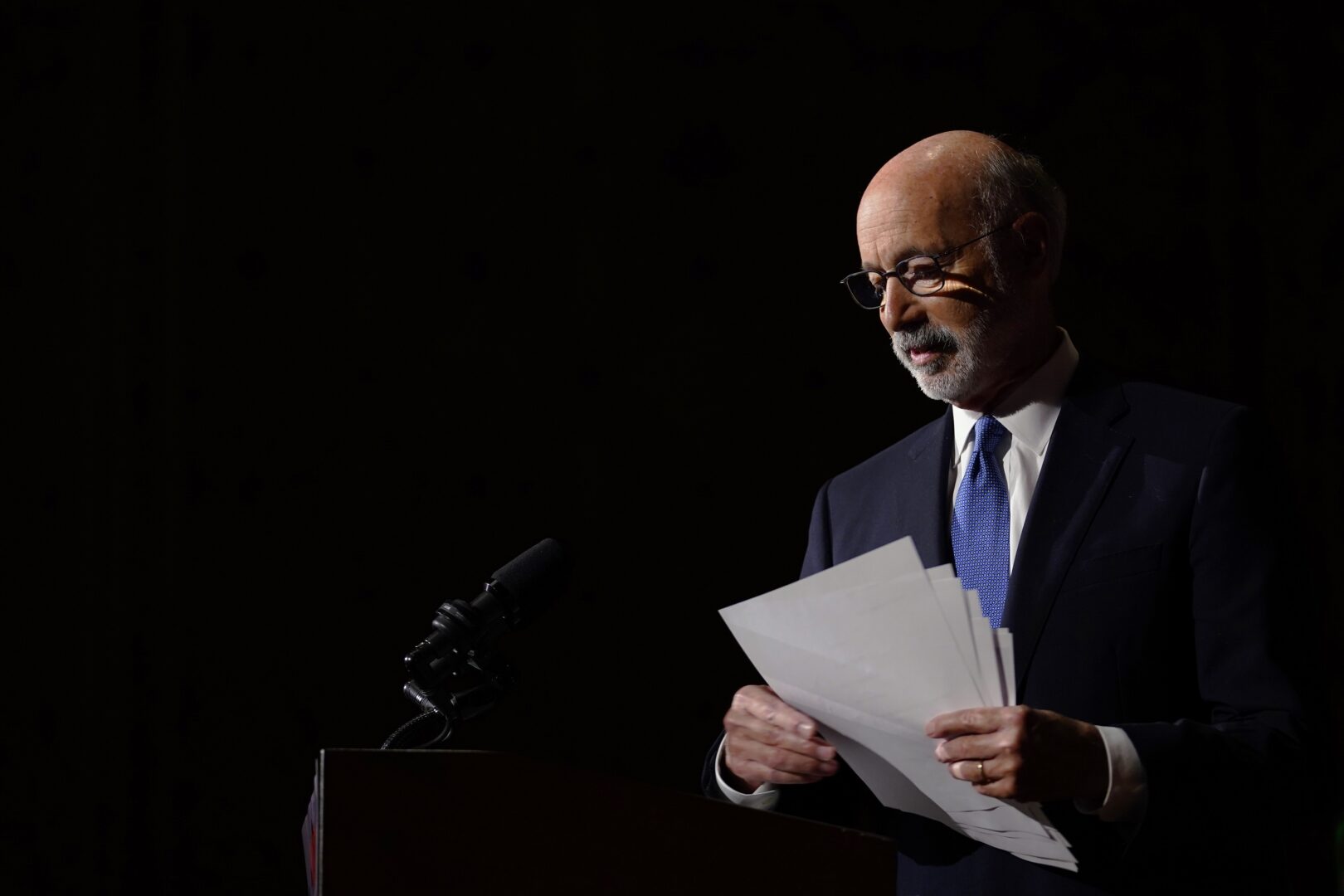 Gov. Tom Wolf pauses while speaking during a rally to end gun violence, Friday, May 27, 2022, in Philadelphia.

Pennsylvania’s Democratic governor sued the state Legislature on Thursday over a package of proposed constitutional amendments that Republican lawmakers are pursuing, including one that would say the state constitution does not guarantee any rights relating to abortion or public funding of abortions.

The lawsuit filed in the state Supreme Court argues that the proposed abortion amendment would violate privacy protections. Wolf wants the high court to throw out the amendments, declaring that they are not constitutionally valid.

The lawmakers are attempting to circumnavigate Wolf’s power to veto legislation he does not support.

Wolf claims that bundling the abortion amendment together with four others in a bill that passed the General Assembly earlier this month as budget sessions were wrapping up runs afoul of a constitutional rule against passing legislation that addresses multiple, unrelated topics.

Wolf in a statement said the abortion-related amendment was part of GOP lawmakers’ effort to “dismantle access to abortion and implement a radical agenda.”

Today I filed a lawsuit against the Republican-led General Assembly for their unconstitutional attempt to ban abortion in PA.

To try to get around my veto, they loaded proposed constitutional amendments into Senate Bill 106 and rammed it through during budget negotiations.

The other four amendments would require voter ID, have gubernatorial candidates choose their own running mates, empower lawmakers to cancel regulations without facing a governor’s veto and establish election audits. Although the House and Senate voted for them as a package, mostly along partisan lines, voters would consider the questions individually.

The lawsuit describes the bill as “a mishmash of changes to at least four different articles of the constitution,” a set of measures Wolf claims “abridges personal liberties and freedoms and alters our current balance of power and constitutional checks and balances.”

Wolf’s lawsuit says the proposed amendments “are exactly the sort of complex changes that require careful deliberation at a constitutional convention prior to a fair and accurate presentation to the electorate.”

House Republican spokesman Jason Gottesman said Wolf’s lawsuit lacked merit and was an attempt to “subvert the power of the people’s voice in the General Assembly.”

Constitutional amendments need to pass both chambers in two consecutive two-year legislative sessions before going to voters for the final say.

The package passed its first round of approvals on July 8, 28-22 in the Senate and 107-92 in the House. After the new session starts in January, lawmakers could vote to put the constitutional amendment referendums before voters as early as the spring primary on May 16, 2023.

A sixth question, which would allow civil lawsuits over child sexual abuse that would otherwise be too old to pursue, was voted separately and also awaits the second round of legislative votes starting next year.

Wolf said he took action Thursday because of a requirement that the Department of State advertise the language of proposed amendments after the first round of votes by the House and Senate and at least three months before a fall election. That advertising period starts Tuesday, he said, and is why he also included as a plaintiff his own acting secretary of state, Leigh Chapman.

Republicans have increasingly turned to the constitutional amendment process to accomplish policy objectives that Wolf opposes. In 2021, they successfully got two amendments on the ballot to limit Wolf’s authority during a pandemic emergency, and voters narrowly approved them.

The questions can be teed up for consideration during the spring primary, when Republican voters are more likely to turn out than Democrats. Amendments can pass with a simple majority — not the supermajorities required to override a veto — and the amendment process makes them much harder to reverse.

Wolf, a supporter of access to abortion, has previously vetoed anti-abortion legislation sent to him by the General Assembly, as well as proposals to establish elections audits and require voter ID.