Wednesday, June 29th 2022 LaDonna Speiser uses the computer in her office at Healthwise, located in Boise, Idaho. Healthwise experimented with four-day work weeks last year and made it permanent in February. Employees work 32 hour weeks over 4 days and receive full pay for a traditional 40 hour week as long as productivity is the same.

More companies are trying out the 4-day workweek. But it might not be for everyone 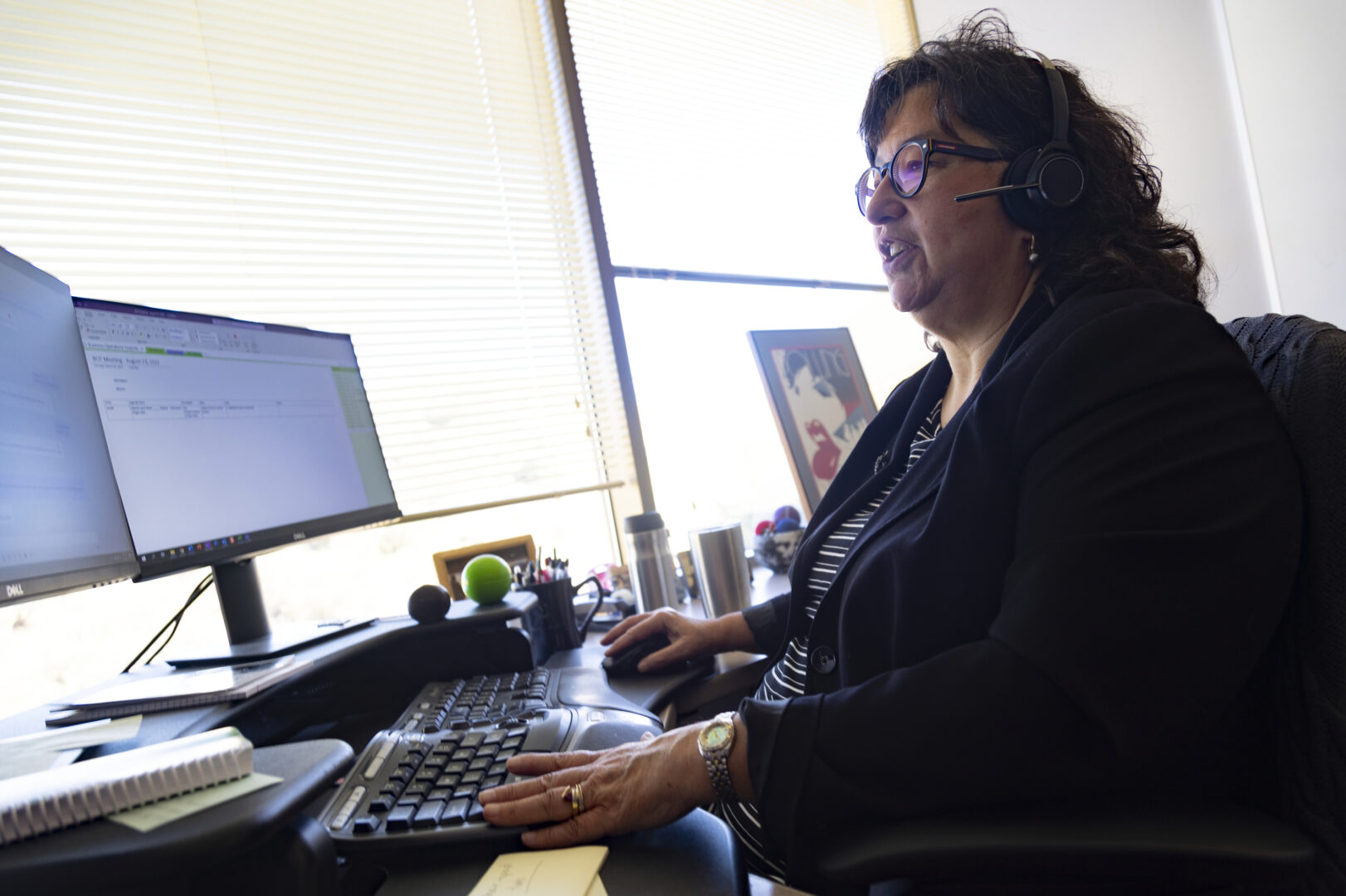 Wednesday, June 29th 2022 LaDonna Speiser uses the computer in her office at Healthwise, located in Boise, Idaho. Healthwise experimented with four-day work weeks last year and made it permanent in February. Employees work 32 hour weeks over 4 days and receive full pay for a traditional 40 hour week as long as productivity is the same.

On a recent summer Friday, 59-year old LaDonna Speiser takes her grand-nephew to the pool and helps her mother-in-law with errands. She visits the eye doctor and makes an appointment with a physical therapist. She even spends some time reading on the patio. She’s able to do all this because her employer, a company called Healthwise, offers her a four-day workweek.

With the pandemic and the “Great Resignation” making it harder for companies to attract and retain talent, a growing number of white-collar employers like Healthwise are exploring new avenues to make work life more appealing. One of them — the four-day workweek — considers if workers really need to be working 40 hours a week. As part of its “Worklife” series, NPR’s Morning Edition looked into how realistic this actually is.

Speiser’s company started experimenting with four-day workweek last year. Based in Boise, Idaho, the company produces health education materials for hospitals and health plans. It recently completed a pilot trial run by the nonprofit 4 Day Week Global, which helps organizations with the transition away from the traditional five-day workweek. 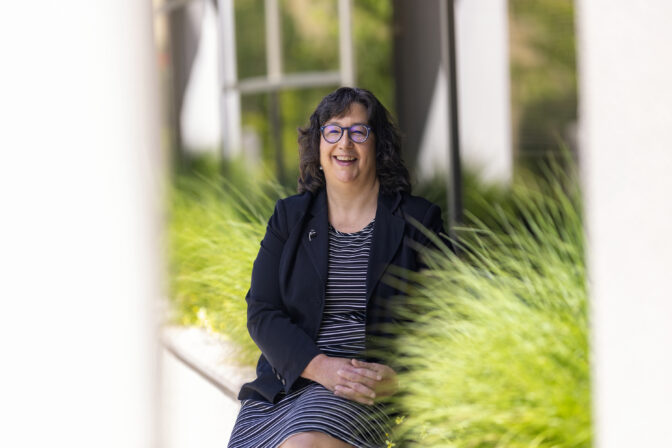 Wednesday, June 29th 2022 LaDonna Speiser is pictured outside of her work, Healthwise, located in Boise, Idaho. Healthwise experimented with four-day work weeks last year and made it permanent in February. Employees work 32 hour weeks over 4 days and receive full pay for a traditional 40 hour week as long as productivity is the same.

For some companies, the benefits are clear

For Healthwise, cutting back to four work days was actually good for business.

“Our revenues went up this year more than we had budgeted,” says CEO Adam Husney. “We’ve delivered on products on time or ahead of where we have done. I would say the things we are able to measure have all been positive.”

What’s more, these positives are tied to one of the objectives of the trial — which was to learn how a four-day workweek can help employees with burnout.

“There are many people who are spending more time at the office than they need to,” says Juliet Schor, an economist and sociology professor at Boston College. Schor is the author of the book The Overworked American, and leads research at 4 Day Week Global.

“If work were organized more efficiently,” she says, “[employees] could get it done in a shorter period of time, go home, and have a better life.”

Companies that join the pilot program are asked to test a four day workweek for six months. The requirement for participation is no reduction in pay but substantial reduction in hours. The vast majority of participants have gone to four days with 32 hours of work, with Friday as the most common day off. So far, 22 companies in the U.S. and 70 in the U.K. have enrolled in a trial this year. Companies in Australia, Canada, and New Zealand are also involved. 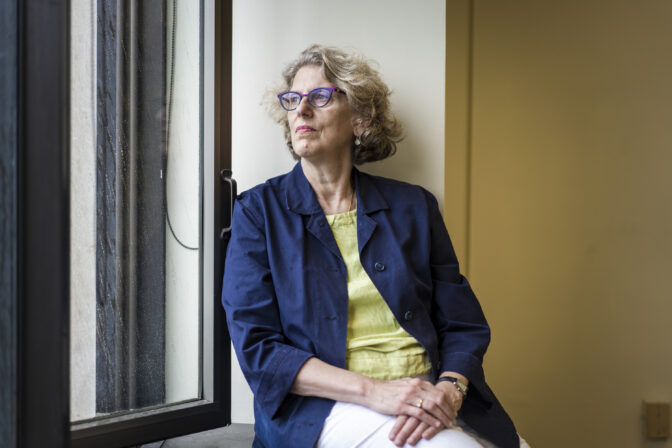 Juliet Schor, an economist and Sociology professor, sits for a portrait at her office at Boston College on Monday, June 27th, 2022.

Depending on the job, it might not be a realistic option

To be sure, the experiment isn’t for everyone.

“If you look at the companies that are pioneering the four-day week, tech is very much at the forefront,” says Schor. Kickstarter, with roughly 100 employees, is a notable company in the trial. “White collar work is the sort of dominant work at the moment,” she notes.

Indeed, it seems that it may be easier to try out a four-day workweek in an office environment, where there is often more flexibility when it comes to schedules, than in other industries. When NPR called a manufacturing plant in the northeast that makes steel products, a floor manager who answered the phone said he didn’t have time to grab a supervisor to speak on the record. Before hanging up, he said the plant was so slammed because of supply chain shortages and backlogged orders, that there’s no way they could make a four-day workweek happen.

But when it comes to white-collar work, one of Schor’s objectives is to see if a reduction in work hours is actually feasible. She brought up an experiment with health care workers in Sweden, where nurses were given six hour days instead of their usual eight hours to combat stress. 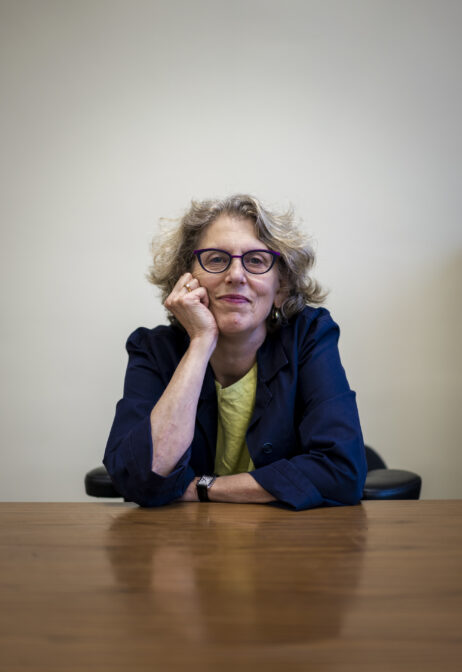 Juliet Schor, an economist and Sociology professor, sits for a portrait at her office at Boston College on Monday, June 27th, 2022.

“What these experiments showed is that the nurses getting the six hour days, as we would expect … were happier,” says Schor. “But the care facilities had to hire people for those extra hours. And what they found was although there was a small increase in costs, a lot of those additional salaries were offset by lower health care costs and lower unemployment for their existing workforce.”

In the end, Schor says the four-day workweek ends up being less costly for employers – not just in revenue, but also in productivity.

“And of course, the patient outcomes improved,” says Schor about the Swedish trial. “So I think we are going to start to see more of this in health care precisely because they are suffering a lot of burnout. The other thing in health care, of course, is mistakes. When you’ve got tired and stressed employees, you’re more likely to make mistakes.”

Some experts say there are clear downsides of the four-day workweek that are important to consider. While Healthwise gives employees Fridays off, some human resources professionals say that can create a scheduling challenge.

David Lewis, CEO of the human resources consulting firm OperationsInc, says the post-COVID-19 workplace has already made it difficult for employees to unplug.

“I keep hearing more and more that ‘I work at home’ or ‘I live at work’,” says Lewis. “People don’t turn their laptops off, they don’t disconnect their telephones.”

For Lewis, the fundamental aspects of work-life balance are at play. In one recent study, researchers in New Zealand found that while employees were attracted by the four-day workweek, in practice several aspects of their work intensified after the change, including pressure from managers around things like performance.

“How exactly are you going to move people in the exact opposite direction to think about three days versus two days being disconnected when [they’re] struggling to disconnect for even a couple of hours during the course of an entire seven-day week?”

Similarly, for Lindsay Tjepkema, the CEO of a marketing technology company called Casted, Fridays off is an exciting bumper sticker of an idea but it doesn’t necessarily make her employees’ lives any better. 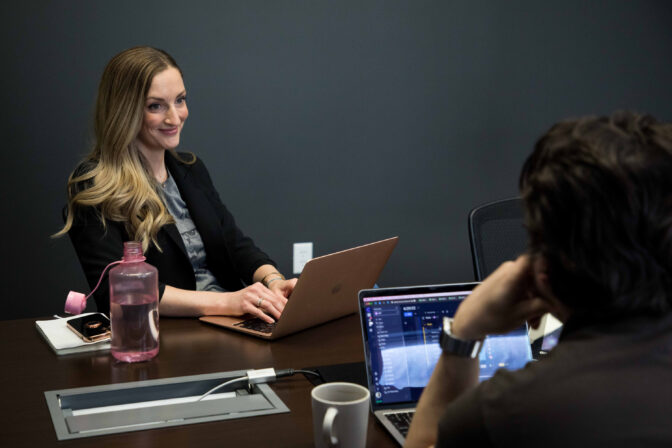 Casted CEO and Co-Founder, Lindsay Tjepkema, left, leads a senior leadership meeting at the Casted office building on Wednesday, June 29, 2022 in Indianapolis, IN. 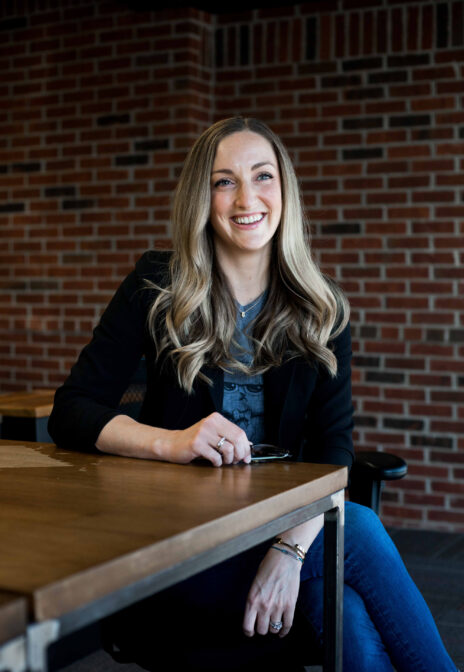 Casted CEO and Co-Founder, Lindsay Tjepkema, poses for a portrait at the Casted office on Wednesday, June 29, 2022 in Indianapolis, IN.

The trials that Schor is helping lead are still ongoing, so there isn’t enough final data to draw conclusions about how much companies can save or how much better employee performance and satisfaction are because of a four-day workweek. And of course, this is all happening in a tough economy. Inflation is hurting companies and workers alike. Interest rates are one the rise, leaving many business leaders bracing for a recession. Even so, Schor is convinced the four-day workweek has irreversible momentum.

“If you think about things like … Friday off every other week, Fridays off in the summer, no meeting Fridays … Friday is just gradually becoming a day in which people are less plugged in to their job,” says Schor. “And one of the things we know is that once people have something like this, it’s very hard to take it away.”

LaDonna Speiser is living this. She’s been working a regular four-day week since February. When we asked her if she’d be willing to give that up for a different job somewhere else, she sort of laughed and said her life has changed with this new schedule. She has more of it now and she’s not so ready to give that up.