Taking control of music and life. 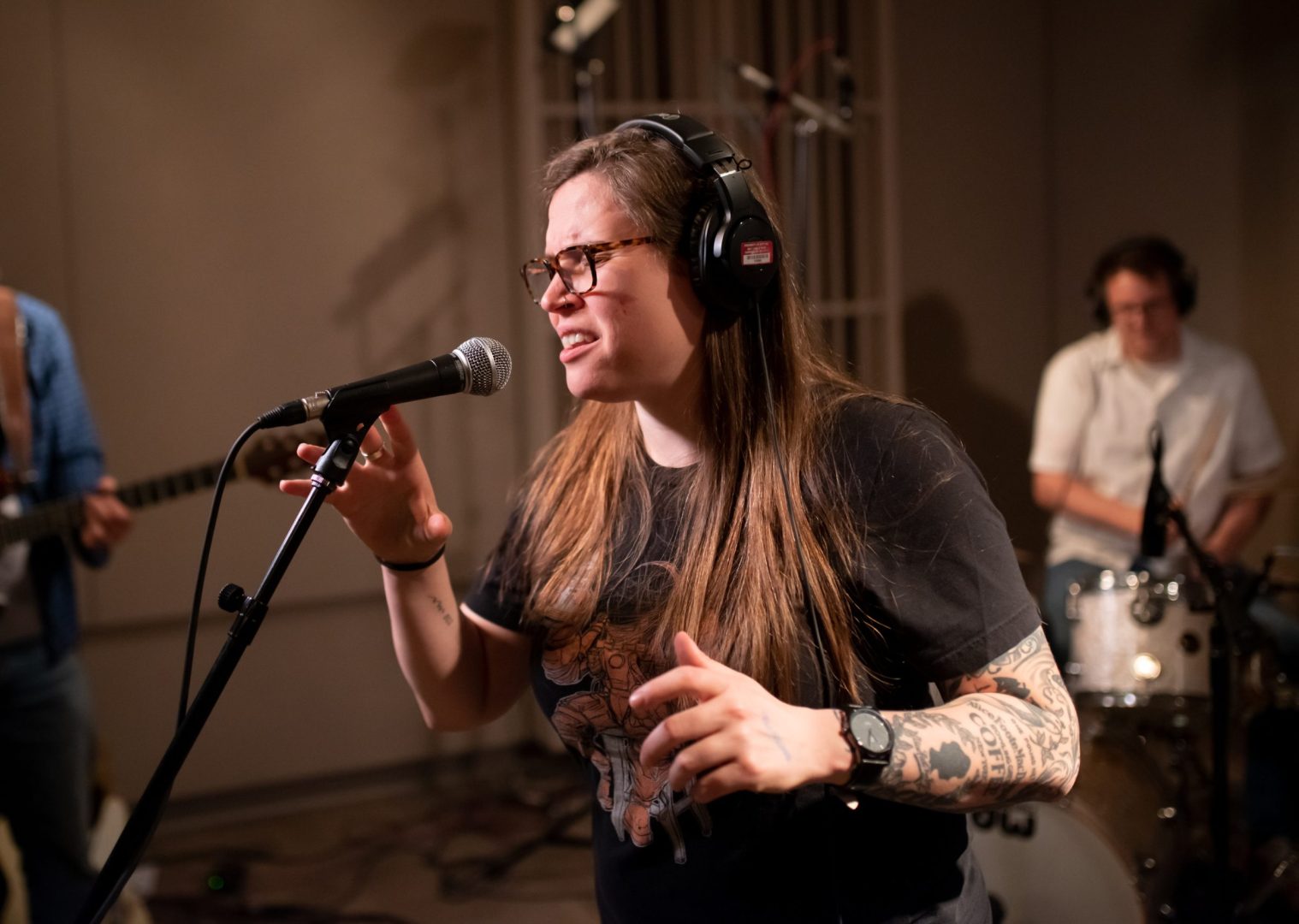 Listen to the radio feature:

Lancaster singer/songwriter Hadassah Edith (Instagram/Facebook/Spotify), who formerly fronted the band The Vivien Leigh Documentary, released her first solo album earlier this year. She teamed up with a handful of musicians to collaborate on some songs and in doing so, had to learn how to take control and be the decision-maker.

“I really grew up and have been somebody who goes with the flow a lot …  And it’s kind of my weakness in that I don’t always say exactly what I want and what I think, because I can be so flexible, that I’m just like, well, whatever. It’s cool. I’m fine with that.”

But Hadassah decided to have more of a hand in shaping her musical ambitions. She was joined in our studio by drummer Nick Kroll, Guitarist Andy Mowatt and bassist Mike Newman. 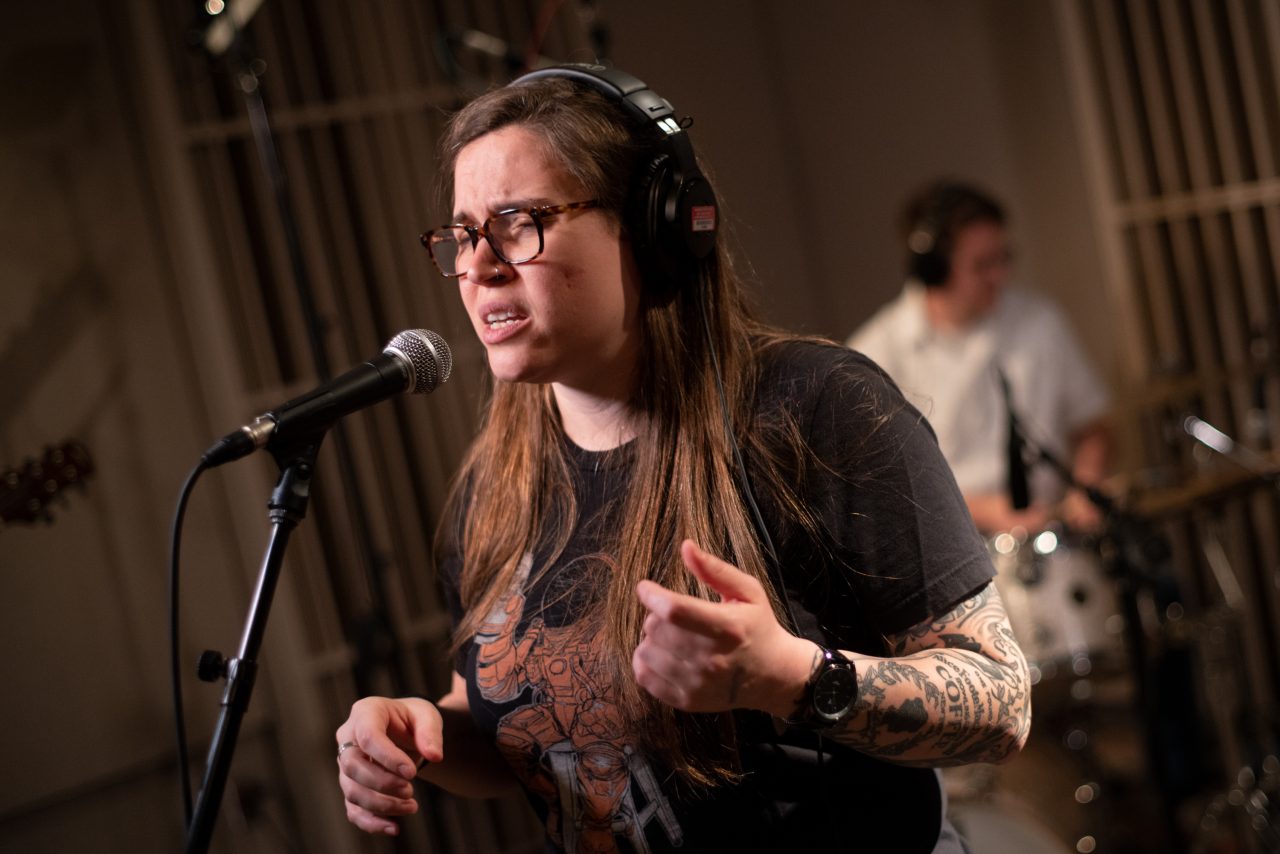 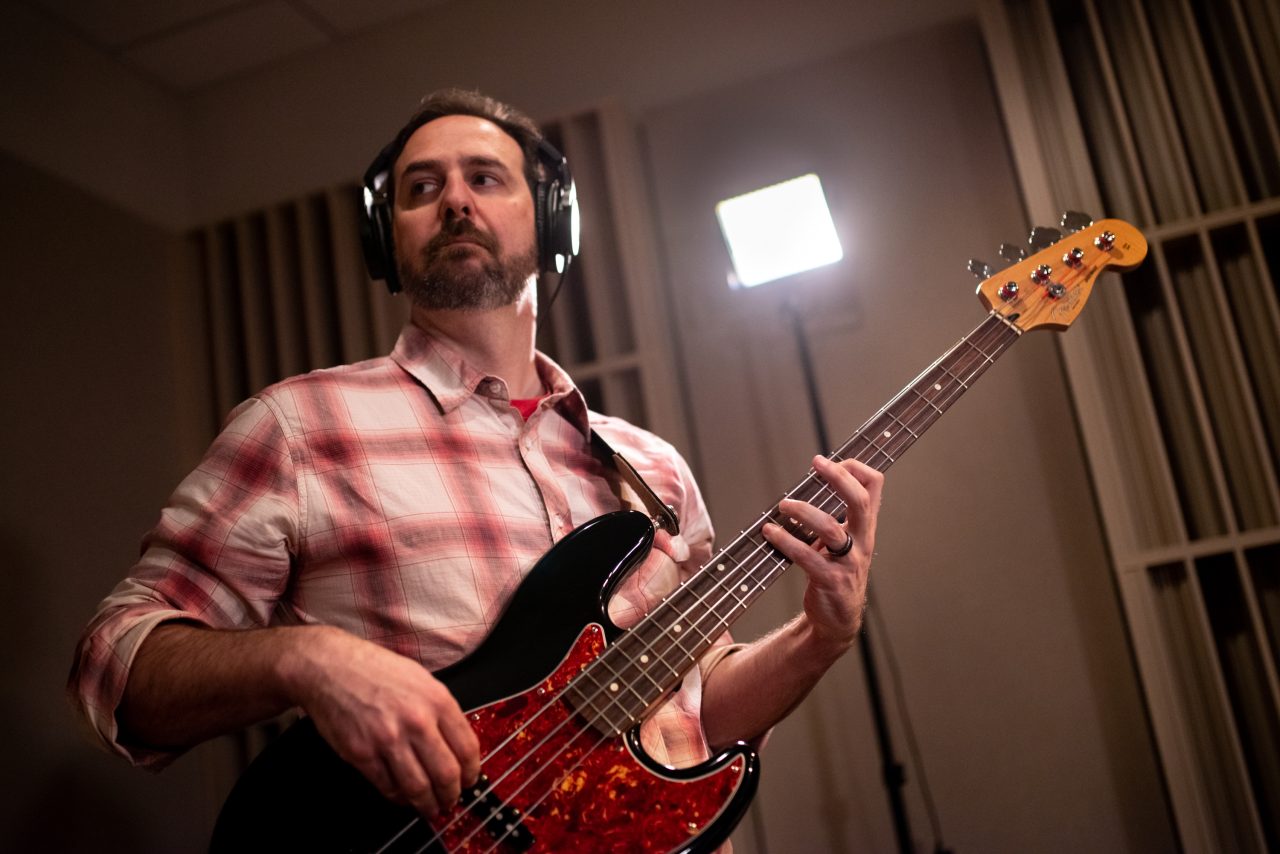 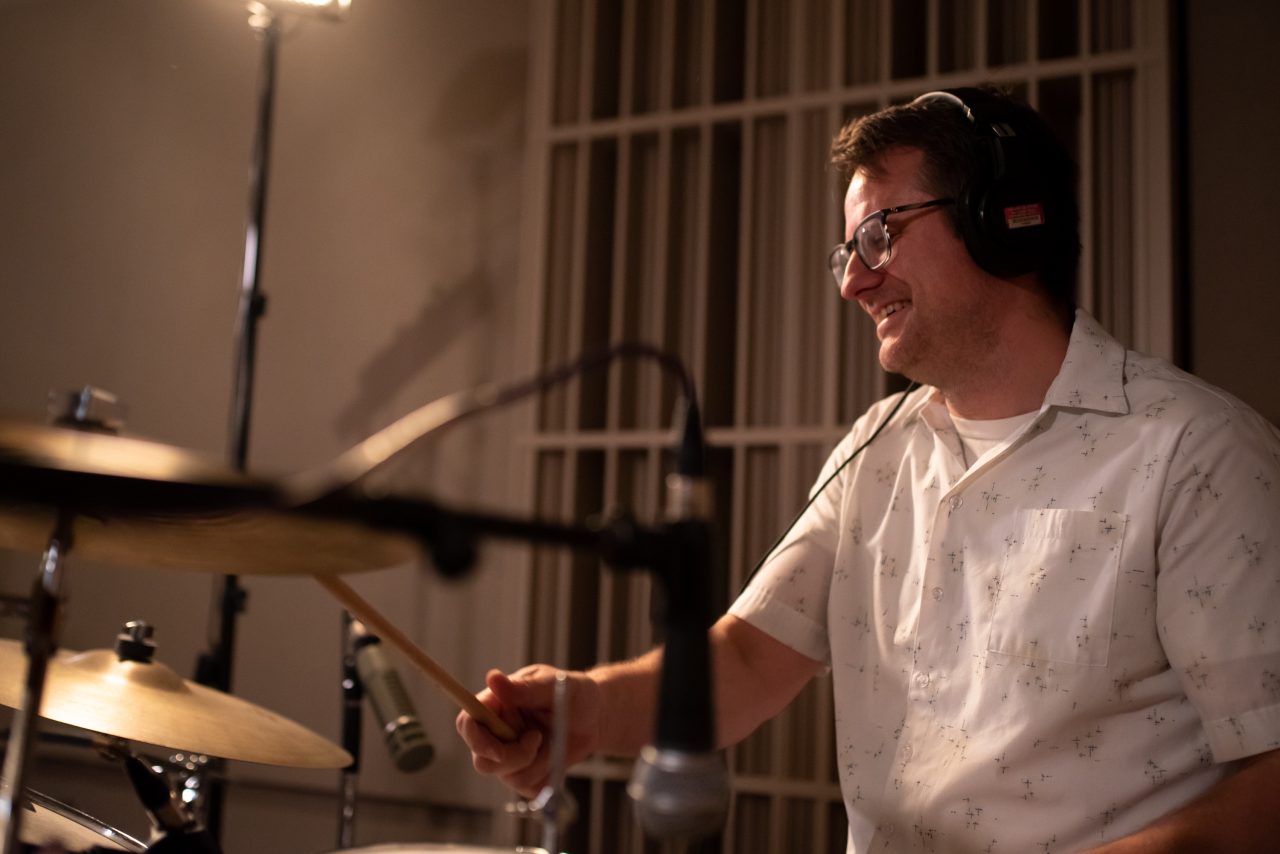 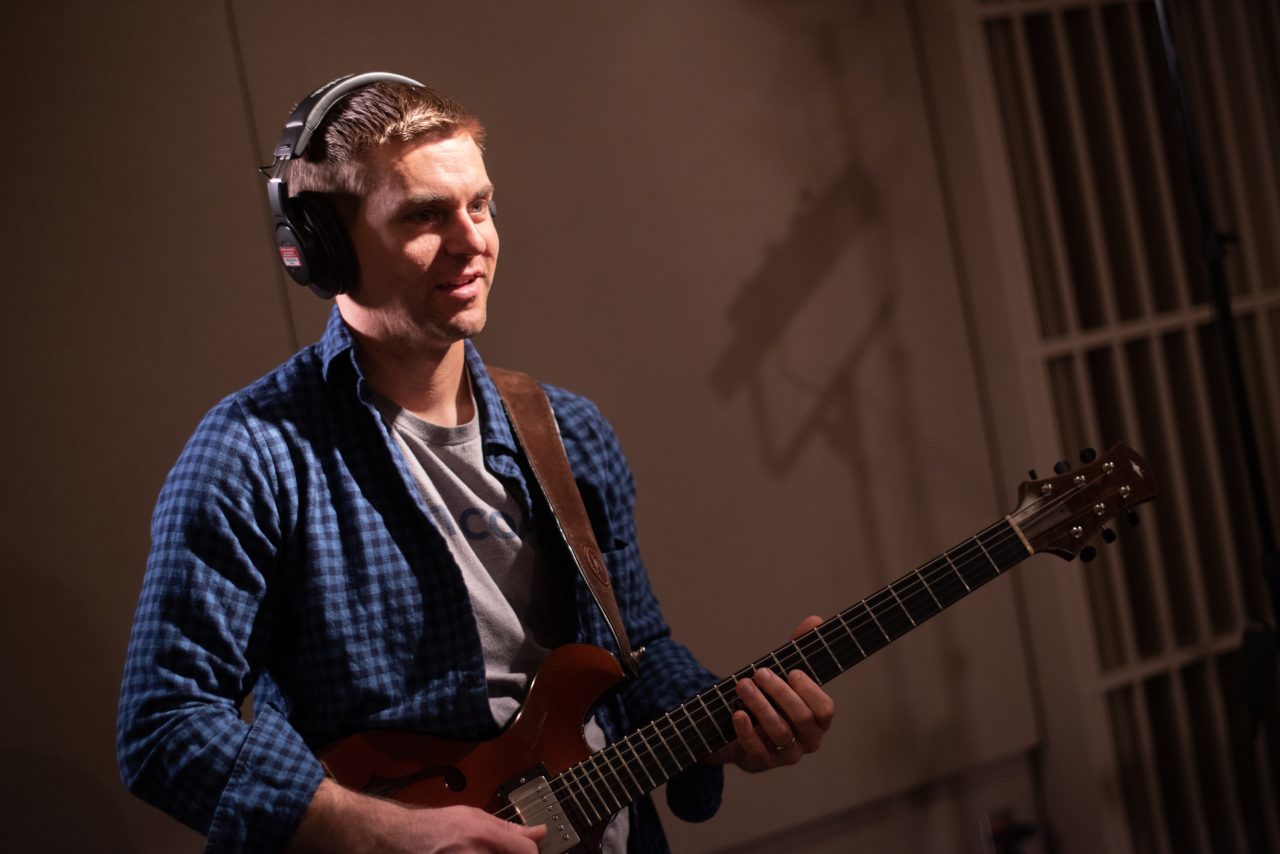 “This project has really been helpful in encouraging me and pushing me to say what I think and say what I want. And be able to say, ‘This needs to be this way’ and give a lot more feedback and see it become what I want it to become.”

With Hadassah taking the lead, the rest of the band members fill in around her, using her voice is a guide.

“It’s all been about how do the songs want to sound,” says Mike Newman. 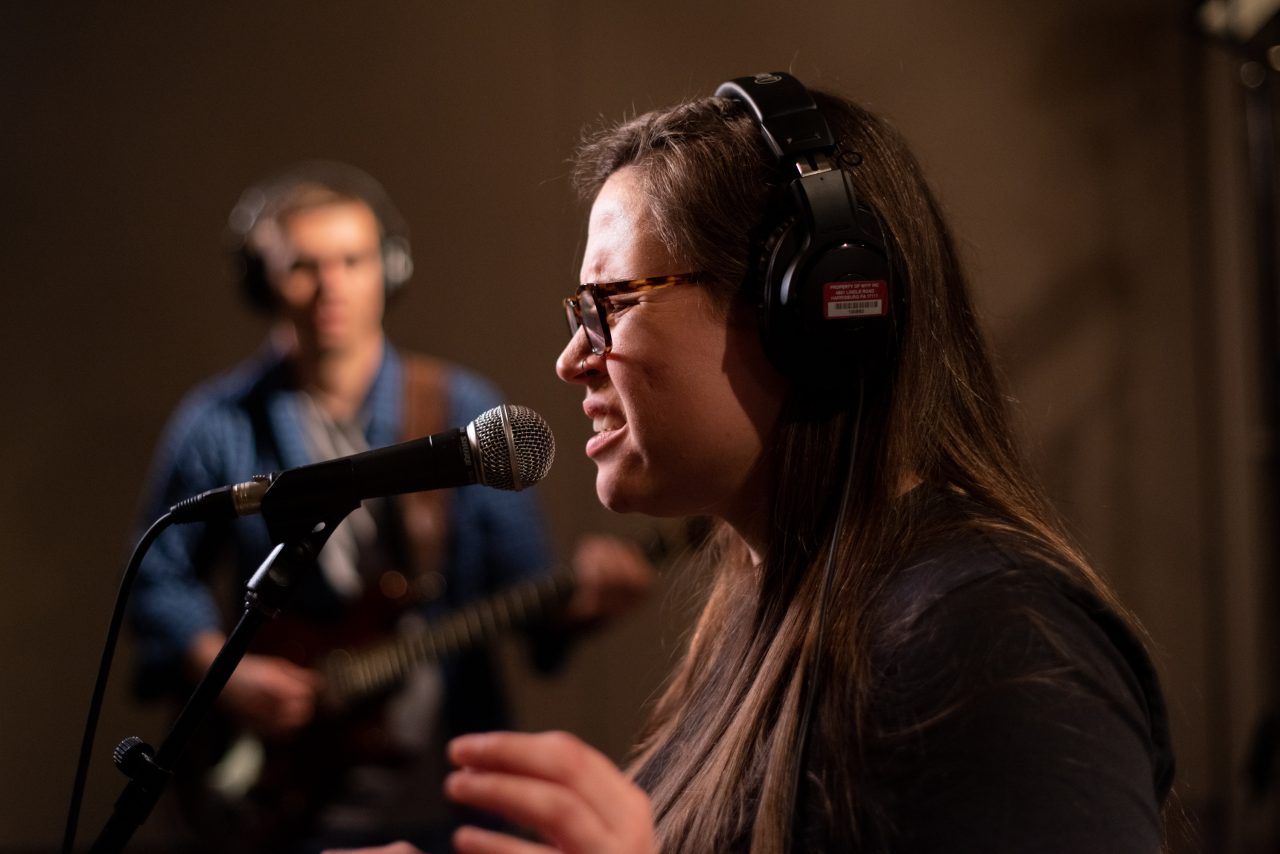 “I think every step of the way, I know at least for me personally, it’s always been, ‘Just follow Hadassah’s voice’. So if you ever feel a little lost it’s like, ‘What’s Hadassah doing? OK, that’s what we should be doing.’ Just making sure that we’re cohesive in that feel.”

After working on it for five years, Hadassah released her album, Scared of the Sun, in May. She performed a few of the songs from it, like the slow, spacious song “Love to Wake”.

“‘Love to Wake’ is about my partner, Alison. I actually sang that probably two weeks after meeting her,” she laughs. “I had gotten out of a very long relationship the year before … I really was intent on not getting into a relationship and not falling in love. And then I met her and I was like, ‘No, no. Get behind me Satan. No!’ But immediately I felt seen in a way that I never have before. I just suddenly really started loving waking up … I think that I was asleep and numb a lot of my life and she really encouraged me and helped to choose to wake up and be happy.” She tears up. “It’s so meaningful to me that I’m not just letting life take me anymore.”

Hadassah’s songs are often deeply personal. Yet some, like “Josephine”, explore ideas that seem unrelated to her, but reveal themselves to have some connection after all.

“In the queer community, sometimes it’s difficult for specifically lesbians to accept the fact that there are queer women who are bi and go both ways and will go back and forth and it’s fine. There’s a little bit of, ‘No, if you’re a lesbian, you’re just a lesbian.’ So on some level I wrote this song to bridge that gap a little bit. Originally it was more an idea of Tuck [Ryan] singing the second verse and me singing the first verse and us talking about the same woman. But when I was writing the lyrics … I felt like I was actually writing about myself.”

The title track, “Scared of the Sun”, draws from Hadassah trying to understand all the ways she had missed out on the simple things. After leaving a job and focusing on music, she was left with a stillness and a new awareness about how out of touch she’d been with herself.

“I think that I really learned a level of, you don’t stay checked in with yourself. And there was a lot of numbing tactics like alcohol and TV  and all these things. The last 4 years, 2 years has really been me kind of peeling back layers and looking at the ways that maybe I’ve not fully been myself, fully been in love with my life. And things like enjoying the sun and enjoying just being quiet, enjoying the simple things has really been so important to learning how to love myself.”

June Pick of the Month: “The Foundling” by Ann Leary