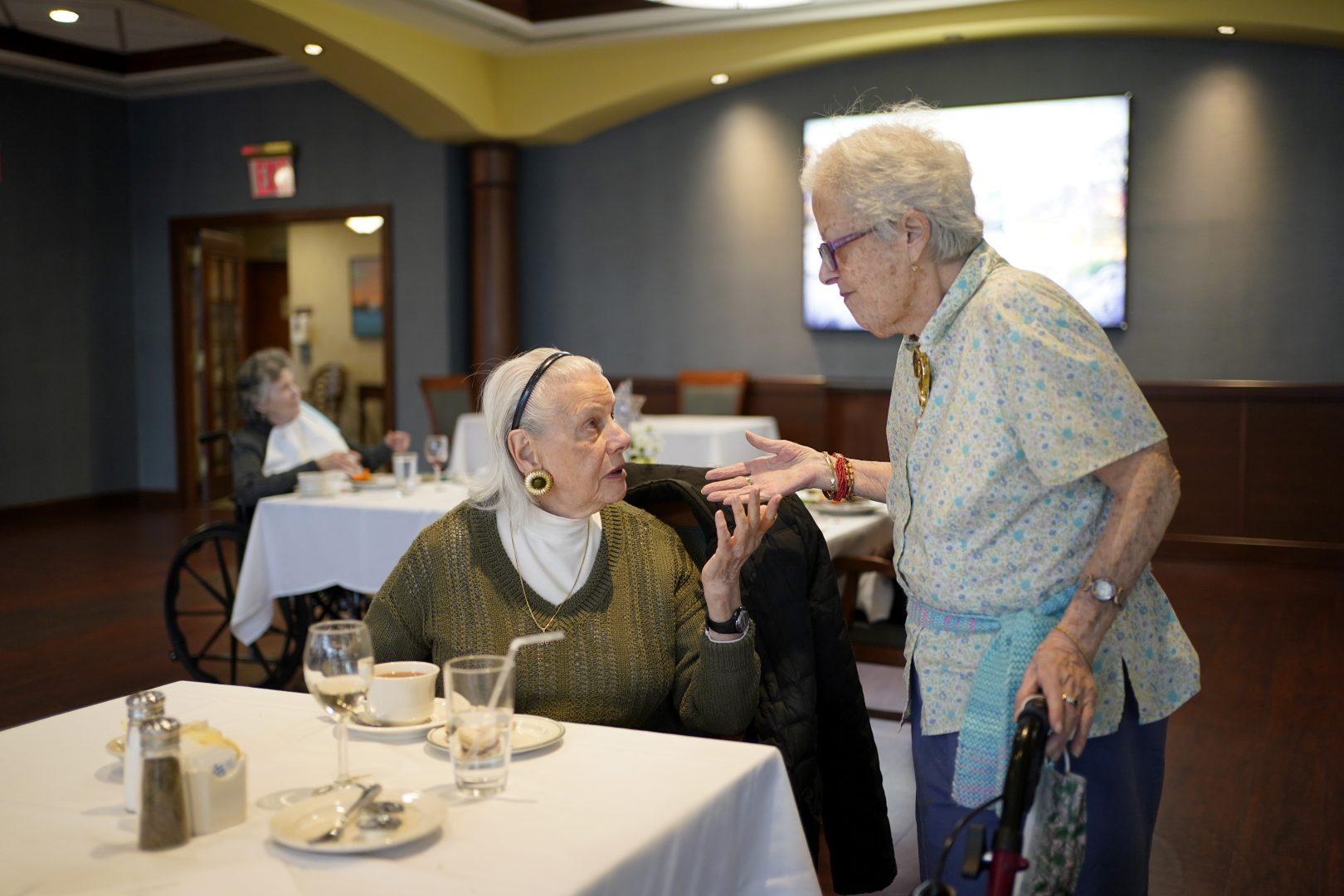 (Washington) — The Biden administration is considering a requirement that the nation’s 15,500 nursing homes spend most of their payments from Medicaid on direct care for residents and limit the amount that is used for operations, maintenance, and capital improvements or diverted to profits.

If adopted, it would be the first time the federal government insists that nursing homes devote the majority of Medicaid dollars to caring for residents.The strategy, which has not yet been formally proposed, is among several steps officials are considering after the covid-19 pandemic hit vulnerable nursing home residents especially hard. During the first 12 months of the pandemic, at least 34% of the people killed by the virus lived in nursing homes and other long-term care facilities even though residents of those facilities make up fewer than 1% of the U.S. population.

Medicaid, the federal-state health insurance program for low-income people, pays the bills for 62% of long-term care residents in nursing homes. In 2019, that totaled $50.8 billion. Medicare, which covers short-term nursing home visits for older adults or people with disabilities, spent $38.2 billion that year. (Officials have not included Medicare payments in their discussions of a direct care spending mandate.)

CMS requested public comments on a possible direct care spending mandate in its proposed update of nursing home payment policies and rates for next year. Tsai also spoke about it at a meeting with Illinois state officials, nursing home workers, residents, and relatives in Chicago in April.

Studies have found a strong connection between staffing levels and care. CMS doesn’t require specific numbers of nurses and other staff members, although some states do.

“We want to make sure that the dollars get to the direct care workforce to ensure high-quality care,” Tsai told KHN.

To receive a government paycheck, nursing homes must follow dozens of requirements aimed at ensuring high-quality care. They can be penalized for violations. But federal investigations have found that inspectors can miss serious problems and that inspections don’t consistently meet CMS standards. Infection control has been one of the most common violations.

In its request for public comment, CMS asked several questions, including: “Is there evidence that resources that could be spent on staffing are instead being used on expenses that are not necessary to quality patient care?”

The federal interest follows laws enacted in three states — Massachusetts, New Jersey, and New York — to mandate spending on care. Massachusetts requires nursing homes to spend at least 75% of revenue on residents’ care. New Jersey’s nursing homes must spend at least 90% of Medicaid payments on resident care, and no more than 5% can go to profits. New York mandates that at least 70% of nursing home revenue — including payments from Medicaid, Medicare, and private insurance — be used to care for residents and that at least 40% of the money for direct care pay for “resident-facing” staff. Profits are capped at 5%. All three states promise a boost in state Medicaid payments to facilities that comply with the laws.

In April, the National Academies of Sciences, Engineering, and Medicine endorsed the direct care spending strategy in a report about improving nursing home care.

“When you’re taking public dollars, those dollars should be put back into direct care,” said David Grabowski, a professor of health care policy at Harvard Medical School and a member of the committee that wrote the report. “We’re expecting that the nursing home will make the best judgment as to the right kind of share of spending on labor and materials and capital to really produce the highest level of quality, but that just hasn’t been the case. So this recommendation is really an opportunity to put up some guardrails.”

National nursing home industry groups oppose such requirements, which come at a challenging time since many facilities are facing staffing shortages. In New York, two trade associations and about half the state’s homes have filed two lawsuits to block the state’s spending directive.

Staffing is already “the No. 1 expense” for nursing homes, said Stephen Hanse, president and CEO of the New York State Health Facilities Association, which represents 350 nursing homes and spearheaded one of the lawsuits. “We’re a hands-on industry.”

The 239 nursing homes that joined the association’s lawsuit claim that if New York’s law had been in effect in 2019, the facilities would have been forced to provide residents with an additional $824 million in direct care or return that amount to the state.

Hanse objects to the state’s telling nursing home administrators how to do their jobs. “You can have an amazing dietary program, for example, and this law would mandate that you lay off dietary workers and hire front-line workers to meet the staffing requirement,” he said.

Groups bringing the lawsuits argue that forcing owners to spend more money on direct care leaves less money for maintaining their facilities and that the quality of care will suffer. They also claim Medicaid doesn’t cover the cost of caring for residents. Advocates for residents say facilities can hide their profits by overpaying related businesses they own, such as laundry or food-service companies.

Although a spending mandate is new for nursing homes in the three states, it has become routine for health insurers nationwide. Under the Affordable Care Act’s “medical loss ratio” provision, health insurance companies must spend at least 80% of premiums on beneficiaries’ medical care. A maximum of 20% can be spent on administrative costs, executive salaries, advertising, and profits. Companies that exceed the limit must refund the difference to beneficiaries.

In addition to a direct care spending mandate, Tsai said CMS is interested in a slightly different approach underway in Illinois, which made changes to nursing home regulations this year. Its nursing home rate reform law raises Medicaid funding and then requires each home to hire at least 70% of the staff that the state’s analysis shows the residents need. The state then uses payroll and other data to verify that the facility complied. If not, the difference will be deducted from its next payment.

“There are states across the country trying a range of approaches to make sure that dollars in the system from nursing facility reimbursement rates are actually — one way or another — getting to sufficient, high-quality staffing,” Tsai said. “That’s our primary goal.”

Starting today, you won't have to test for COVID-19 to fly into the U.S.