A trauma surgeon who operates on gunshot victims is also looking at how journalism can better serve survivors. 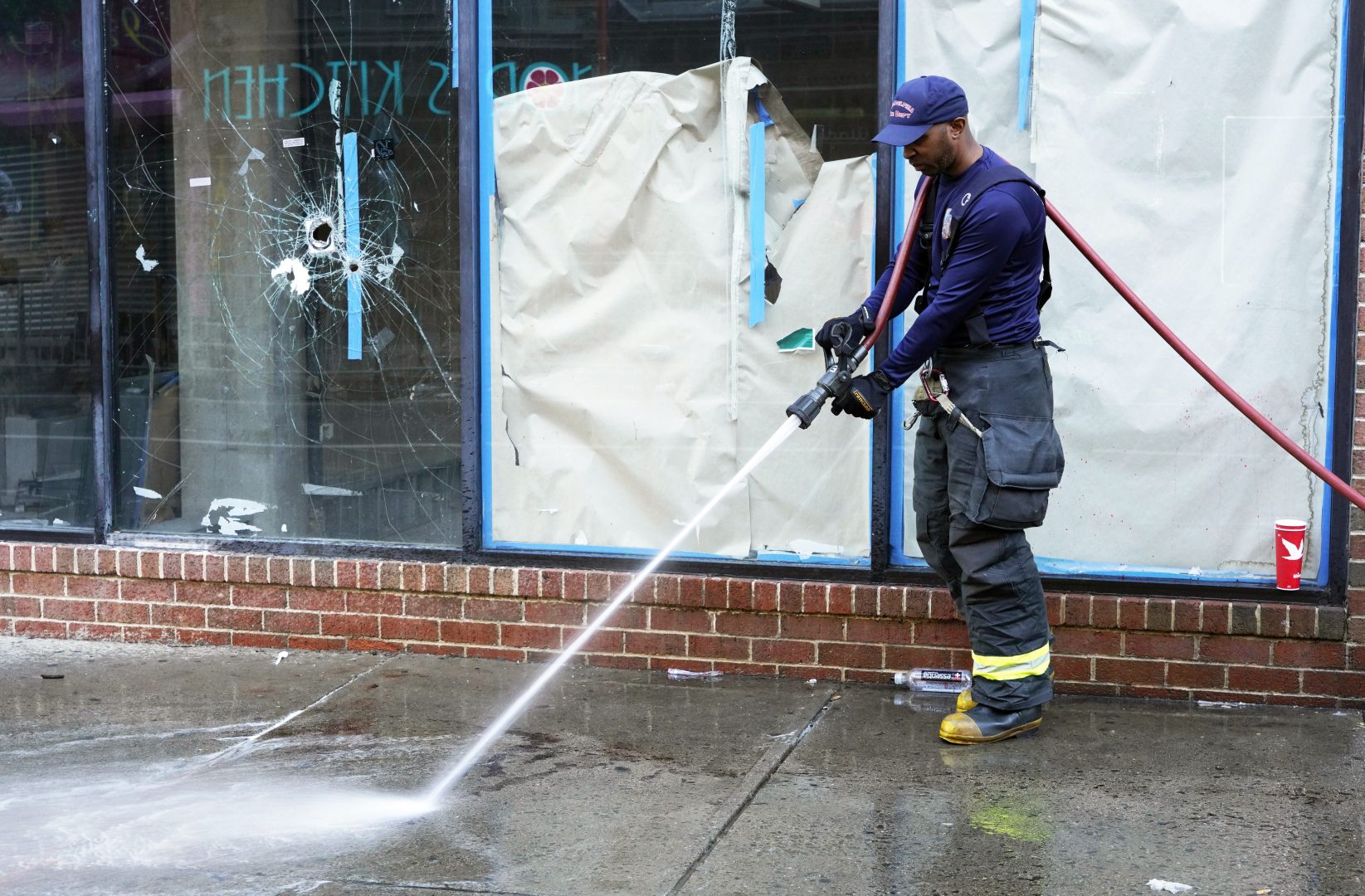 Last weekend, three people were killed and eleven were injured in a shooting in Philadelphia’s Queen’s Village neighborhood. In the hours following the event, news outlets began sharing information of the victims killed in the attack.

Rarely seen in news reports about shootings, though,  are the stories of those who survive.

In a new podcast for Kouvenda Media called Stronger Every Day: Healing After Gun Violence, citizen journalist Tashawn Strother, tells the recovery story of her son, Walter Willis, who was shot on New Year’s Eve, 2019.

WITF’s Latino communities reporter, Anthony Orozco, recently interviewed a voice that also appears in the podcast—Dr. Jessica Beard. Dr. Beard is a trauma surgeon at Temple University Hospital and the director of research at the Philadelphia Center for Gun Violence Reporting and a Stoneliegh Foundation fellow.

The conversation has been edited for length and clarity.

Listen to the conversation:

Anthony Orozco: Dr. Beard, how did you get involved in this story:

Dr. Jessica Beard: Yeah, so, you know, Walter went through a lot with this single gunshot wound that he had, he had many surgeries. He was very, very sick when he came in. So we kind of heard about, you know, that initial, very critical illness that he had.

And then we hear Tashawn’s reflections on a lot of different things around firearm violence, most notably, you know, how this experience opened her eyes to what it’s like to recover from a shooting.

She also mentioned, you know, how the media may be sort of portraying just a very kind of singular viewpoint of firearm violence, and she talks about our relationship. You know, the three of us, me, Walter and her, you know, and how we kind of work together as a team to help in Walter’s recovery.

Orozco: I remember when I worked in newspapers how we would approach shootings, so I think I know where you are coming from.

But can you elaborate on what you mean when you say these sorts of life-changing events are being reported from a certain viewpoint?

Beard: Yeah, so, I mean, I think a lot of times the reporting on gun violence and in turn, you know, probably what the public thinks about In violence is that somebody’s shot. And that’s it, you know that they are shot and they die, or they’re shot and they recover.

And there’s very few follow up stories that really portray what it’s like to survive a shooting in Philadelphia, and you know, around the country, the vast majority of people who are shot as a result of interpersonal firearm violence survive.

So in Philadelphia, that number is around 80%. And so that means that most people who get shot do live. And people can, you know, live with very minimal consequences, or people can live with severe disabilities, as is the case of Walter.

And, you know, I think that presenting what the reality is to live with a firearm injury, and the incredible rippling effects that it has on your family and your community. And, you know, the medical care that it often requires, is a very, very important and you know, under told part of the story.

Orozco: In your research you surveyed 26 shooting survivors and found that many times the shootings aren’t even reported, or there are inaccuracies in reports about shootings.

What other harms arise out of these quick-hit, daily episodic reports?

Beard : A little bit more generally, several participants talked about how episodic reports can actually make people more fearful, and potentially could also be contributing to increased interpersonal firearm violence or this cycle of violence by, you know, decreasing people’s feelings of safety within their community.

And we know during COVID, that gun purchasing increased, you know, so there’s certainly a way that you could imagine that that all fits together.

Orozco: The podcast Stronger Every Day by Kouvenda Media is out now and it subverts the episodic reporting you’re talking about, Dr. Beard.

Thank you for your insights on how journalists can better approach this subject.

Beard: Thank you so much for this. I appreciate it and for telling this story.