UNIONDALE, NY - MAY 21: Trapeze artists perform on the final day of the Ringling Bros Barnum and Bailey Circus on May 21, 2017 in Uniondale, New York. Known as "The Greatest Show on Earth", the circus performed its final act after a 146 year run.

The Ringling Bros. circus is coming back, with human acts in the center ring 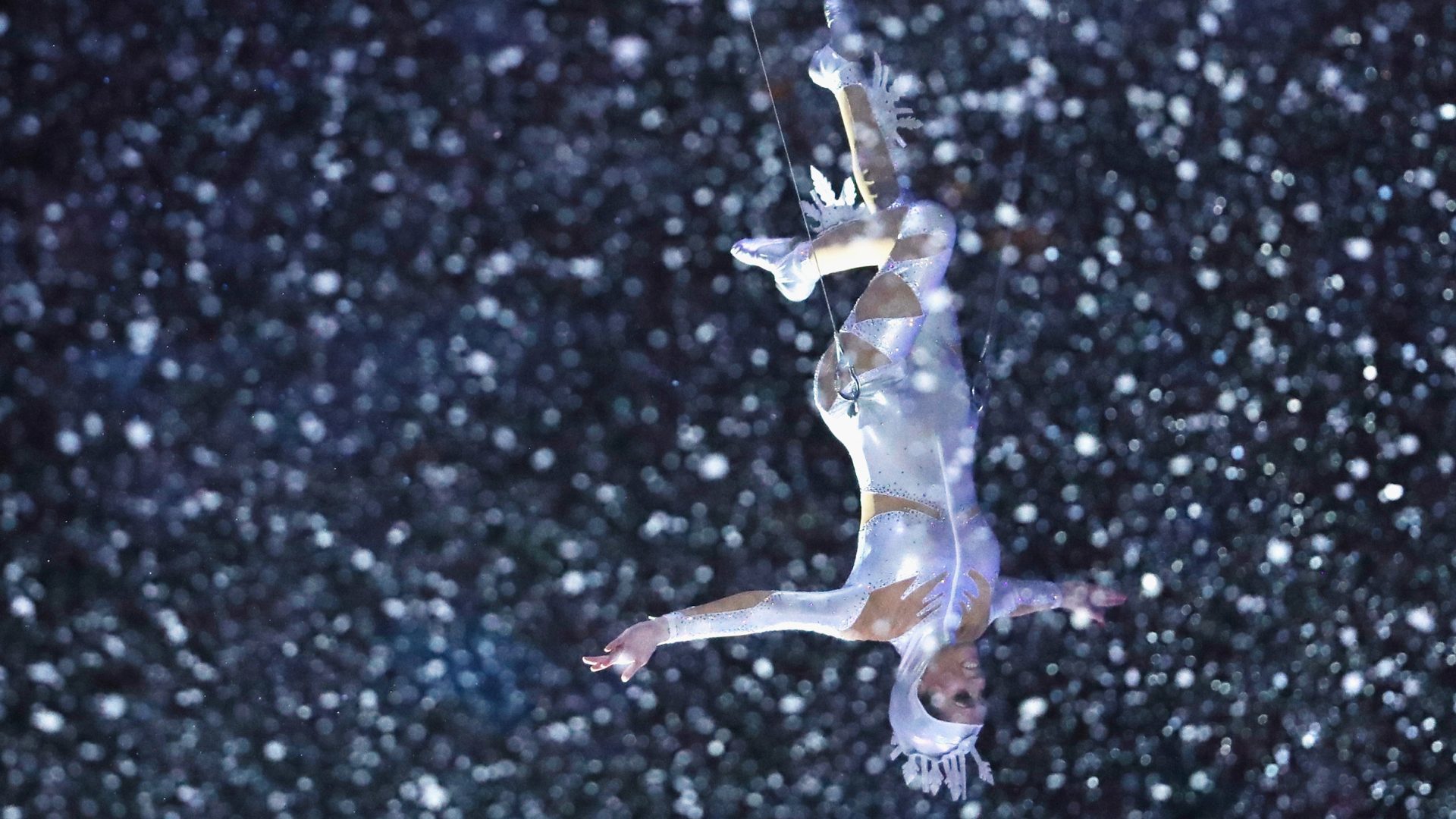 UNIONDALE, NY - MAY 21: Trapeze artists perform on the final day of the Ringling Bros Barnum and Bailey Circus on May 21, 2017 in Uniondale, New York. Known as "The Greatest Show on Earth", the circus performed its final act after a 146 year run.

Ringling Bros. and Barnum & Bailey is reviving its circus, unveiling a plan to bring back a modernized “Greatest Show on Earth” — one without its iconic elephants and other animals. Instead, its producers are scouring the world for people with rare talents and skills who can captivate today’s audiences.

The new circus will hit the road for a U.S. tour of live shows in September of 2023, according to Feld Entertainment, which produces the circus. The new show’s goal, Feld said, is to “celebrate amazing talent from around the world, displaying incredible feats that push the limits of human potential and create jaw-dropping moments.”

Auditions for the new circus are already under way, in countries including Ethiopia, France, Mongolia, Argentina and the U.S., the company added.

Ringling closed its circus in 2017

The Ringling Bros. circus was shut down five years ago, after a nearly 150-year run. Its production company said financial worries were forcing it to pack up the show.

The closure followed the circus’ phasing out its use of elephants — a move celebrated by animal rights activists.

Feld says it’s reimagining what the circus can be. Company CEO Kenneth Feld said that includes building “a lifestyle brand” around the Ringling name, where live performances are complemented by digital content, consumer products and other offerings.

The circus game is now a new arena

While public attitudes about animals in captivity were one reason for Ringing’s closure, it’s now returning to a circus industry that has changed even more. In many areas, live circus shows have only resumed fairly recently, after enduring widespread closures due to the pandemic.

Cirque du Soleil — whose artistic, human-centered shows seem to resemble Ringling’s new model — officially returned to the stage last spring, but it’s still in the process of returning to all its shows. The Montreal-based company is making a comeback of its own, having been forced to find new ownership after filing for bankruptcy protection in June of 2020.

With Roe in doubt, some fear tech surveillance of pregnancy