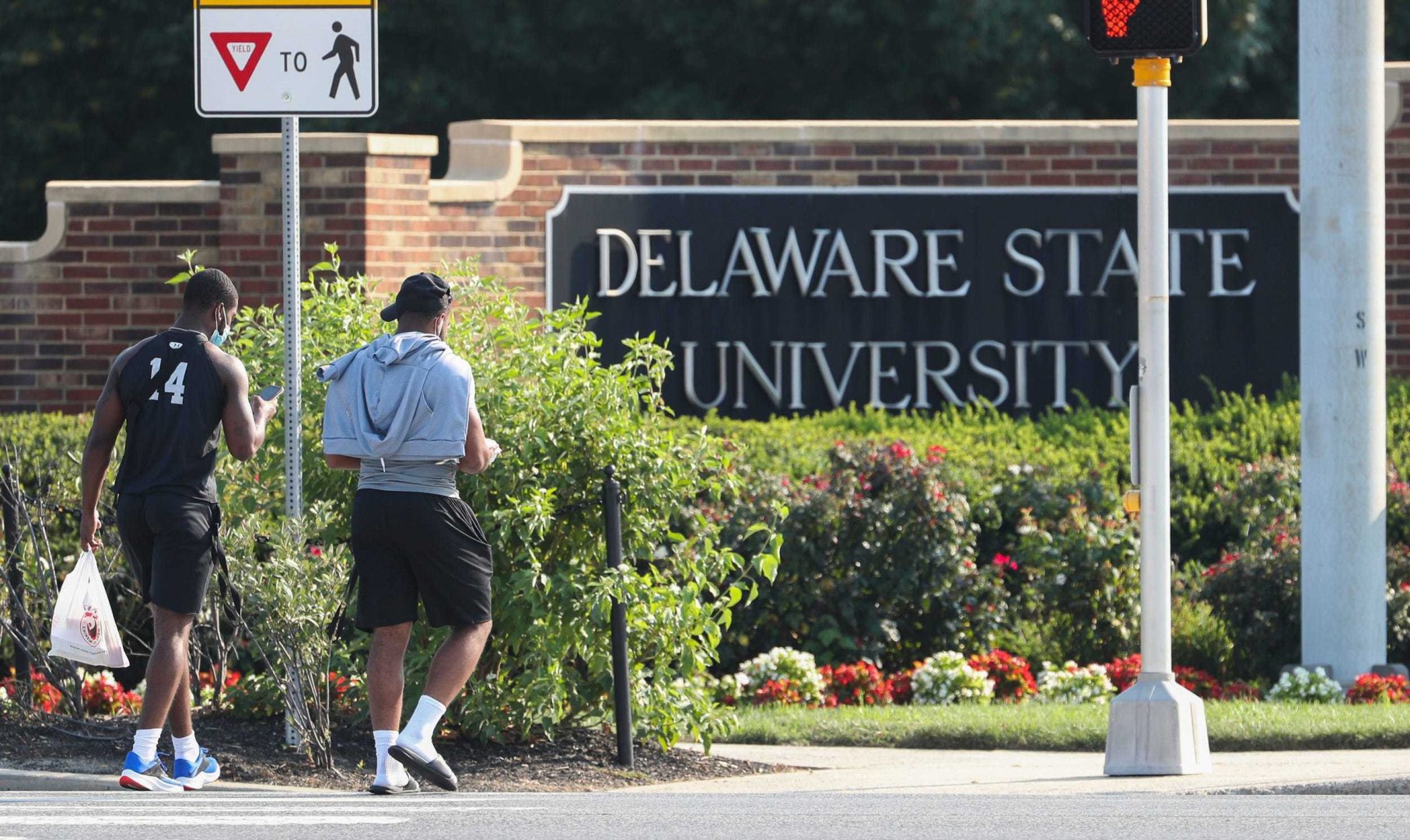 Delaware Attorney General Kathy Jennings says she is “deeply troubled” following the news of the stop and search of a bus carrying members of the women’s lacrosse team of Delaware State University, a historically Black university, last month in Georgia.

In a statement released Wednesday, Jennings called on officials in Georgia and at the U.S. Justice Department to investigate what members of the team say was racial profiling.

“Like so many others, I’m deeply troubled by the actions that our Delaware State University Women’s Lacrosse team and staff endured in Georgia this past April,” Jennings said in the statement.

In a letter addressed to the U.S. assistant attorney general for civil rights, Kristen Clarke, Jennings referred to the incident as “troubling” and one that is “deserving of your attention.”

“These students and coaches were not in the proverbial wrong place at the wrong time,” Jennings said in her letter, obtained by NPR. “Not only did the deputies find nothing illegal in the bags; they did not issue a single ticket for the alleged traffic infraction.”

The team’s bus was headed northbound on Interstate 95 in Liberty County, Ga., on April 20 following games in Georgia and Florida. Liberty County is on the coast of Georgia, nearly 30 miles from Savannah.

According to the Liberty County Sheriff’s Office, the bus was stopped after officials say it had illegally traveled in the left lane. During the traffic stop, several of the players’ bags were searched after a narcotics-sniffing K-9 dog made what officials call an “open-air alert.”

In a video posted to YouTube by team member Sydney Anderson, one deputy is speaking to the students just before the search begins, telling them that the use of marijuana recreationally is illegal in Georgia.

“If there is something in there that is questionable, please tell me now,” the officer says in the video. “Because if we find it, guess what? We’re not going to be able to help you.”

Anderson, a sophomore at Delaware State, wrote on Instagram that she is “disappointed but not surprised” by the authorities’ actions, saying there was no probable cause for police to search players’ belongings for drugs.

“Our constitutional rights were violated and justice needs to be served,” wrote Anderson. “Time and time again, racial encounters happen without being formally addressed. It is time to take [a] stand for racial injustice and that starts now!”

At a news conference Tuesday, Liberty County Sheriff William Bowman said deputies had stopped several vehicles the morning of the incident, finding contraband on another bus that was stopped.

Bowman emphasized that deputies were unaware of the race or gender of those inside the bus when it was pulled over. The deputies in the video were not identified during the news conference.

“At the time, or even the weeks following, we were not aware that this stop was received as a racial profiling,” Bowman said.

“Although I do not believe any racial profiling took place based on the information I currently have, I welcome feedback from our community on ways that our law enforcement practices can be improved while still maintaining the law,” he added.

Delaware State University President Tony Allen said in a statement that he is “incensed” by the situation and has reached out to Georgia law enforcement for further investigation.

“It should not be lost on any of us how thin any day’s line is between customary and extraordinary, between humdrum and exceptional, between safe and victimized,” Allen wrote.

“That is true for us all but particularly so for communities of color and the institutions who serve them. The resultant feelings of disempowerment are always the aggressors’ object.”

What would overturning Roe mean for birth control?