In today’s job market, workers with criminal records are getting a chance 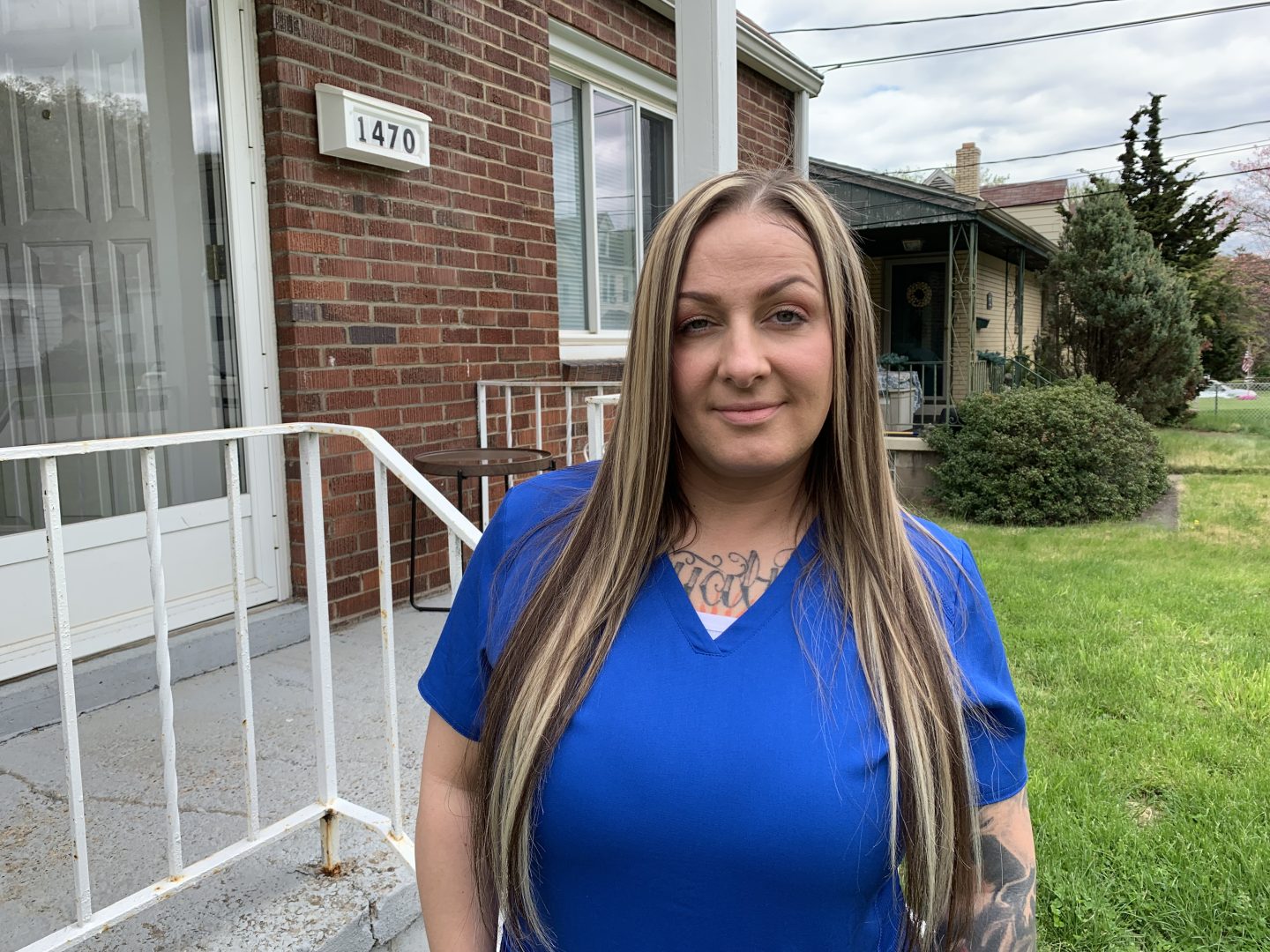 When Brandy White returned last summer from a seven-year stint in federal prison, she figured her record would lock her out of her former career in health care.

She had previously worked in the Pittsburgh area as a certified nursing assistant and pharmacy technician, and the thought of never going back pained her.

“My passion is to help people, and I didn’t think it was ever possible again,” she said. “So even when I came home from prison, [it] should have been one of the happiest days of my life, which it was. But reality sunk in real quick after like a week or two.”

White found a job on a chocolate factory assembly line that left her feeling empty. But eventually, she enrolled in a local job training program to see if she could find fulfilling work elsewhere.

She was surprised when the staff at Reimagine Reentry, a workforce development nonprofit, told her Pittsburgh’s largest health system, UPMC, was looking for employees just like her.

“And I said, ‘Listen, do they know about my drug charge?’ And they had to keep reassuring me, ‘Brandy, they know’ … because it … just didn’t seem real,” White said.

“We have 14,000 unfilled positions at the current moment that we’re trying to recruit for, so we need to get creative,” he said. “And for us, it’s about … making sure that people who have barriers to work … can see a future with us.”

LaVallee leads an effort at UPMC Health Plan to support job seekers who face obstacles such as past convictions. The initiative started the year before the pandemic began, but LaVallee said turnover among UPMC’s 95,000 employees has risen since then, mirroring a national surge in quitting among health care workers.

Amid the broader labor crunch in the U.S. economy, employers in other sectors have similarly opened up positions to people whose criminal pasts once might have shut them out of jobs.

Amy Kroll has witnessed this shift from inside the Allegheny County Jail, where she runs reentry services. She began to detect the change when a business owner called her last summer.

“I was like … ‘Do you know you’re calling Allegheny County Jail?’” she remembered. “He kind of chuckled and said, ‘Yes, I do, but I have multiple vacancies, and you have young men and young women down there, and I need to fill these vacancies.’”

Kroll said she soon received similar requests from manufacturing plants, construction firms, and restaurants. And there are signs the trend extends to the rest of the country. 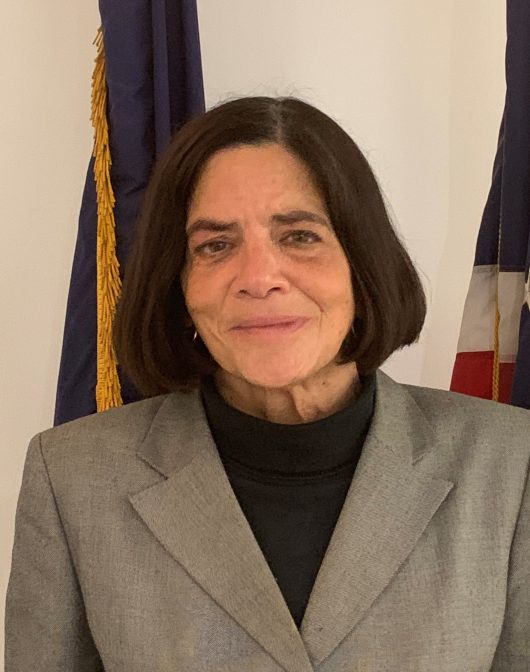 Amy Kroll serves as the administrator of reentry services at the Allegheny County Jail. When the competition for labor heated up last summer, she began to receive calls from businesses looking to hire from the jail population.

The jobs site Indeed tracks postings that advertise “fair-chance hiring,” meaning applicants are not required to report past involvement with the justice system, at least on their initial screen. While those listings still account for just 2.5% of all postings, they are one-third more common today than in 2019, according to Indeed economist AnnElizabeth Konkel.

She noted that the number of searches on Indeed that contained phrases such as “no background check,” “felony friendly,” “second chance,” and “fair chance” increased by 44% over the past year.

“These individuals may have their ear tuned to that narrative and say, ‘Well, hey, maybe it is a really good time to try to get one of these opportunities,’” Konkel said of job seekers searching on Indeed.

She also hypothesized that, having gained leverage in today’s tight labor market, workers might feel less apprehensive about disclosing their personal circumstances.

“The pandemic has in a variety of ways, I think, laid some of the social fabric bare, [for example] just having to say, ‘I have childcare issues,’ and having a kid run through the background,” she said. “And so I’m also wondering if the psychology behind that has extended to other areas [with job applicants] saying, ‘Hey, I have a criminal record, but I still can make a good employee. Let me tell you why.’”

Meanwhile, the labor market research firm Burning Glass reported a 6% drop over the past three years in the number of job postings that indicate the hiring process will include a background check.

“We think it’s certainly a substantial number,” Joel Simon, vice president of workforce strategy at Burning Glass, said of the decrease. “The actual number of jobs [the figure captures] is really quite substantial because there’s a lot more jobs being posted now than there were [in 2019].”

Burning Glass aggregates data across tens of thousands of job postings daily. In the six months ending in March of this year, the Boston-based company found that 8% of more than 2 million job postings did not mention background checks.

Simon said many jobs that are in high demand are less likely to require a background check or a bachelor’s degree. Those positions include retail sales associates, forklift drivers, warehouse employees, truckers, and production workers, he said.

“We’ve actually had job candidates on our site apply for three jobs, get two offers and then be able to choose between one or the other. And I think that’s a dynamic that probably never existed before for formerly incarcerated job seekers,” said Harley Blakeman, founder and CEO of Honest Jobs.

The online job board is geared specifically to users with criminal records. Blakeman said the platform serves 23,000 job seekers and that the number of employers registered with the site has more than doubled over the past six months to 700.

He noted that, before the pandemic, the national political climate had already grown more favorable for formerly incarcerated people. In 2018, President Donald Trump passed the most significant prison reform bill in years with bipartisan support. The First Step Act shortened sentences for some federal drug offenses and supported training programs in federal prisons, although data reveals racial disparities in how the U.S. Justice Department has applied the law.

The Biden Administration announced last month that it will devote $145 million to developing “reentry plans” that aim to help incarcerated people to access jobs, housing and loans upon their release.

“And then, of course, the labor market is very tight, and a lot of executives are looking for ways to improve the diversity in their companies and equity in the workplace,” Blakeman said. “And it all just ties together really nicely in a way where there is a true business case [to hire people with criminal records] as well as a way to do social good.”

In this environment, pay and benefits have improved for people with past convictions, according to reentry service providers.

The Fortune Society in New York City reported that its clients experienced a 7% increase in average starting pay between fiscal year 2020 and 2021. Meanwhile, at Minneapolis-based EMERGE Community Development, average wages for people with criminal backgrounds increased by 14%, from $15.50 in 2019 to $17.60 in 2021.

EMERGE’s vice president of programs, Terra Mayfield, said 38% of those clients received health benefits from their employers in 2021, compared to 16% in 2020.

Employers are “even offering to train people on the job, or coming to us to say, ‘If you can train this person, then we can get them a job,’” she added.

Carler Dinnold, a contract manager at The Fortune Society, noted that such training can have long-term benefits for people returning from prison.

“It offers them the opportunity to … increase their employability skills and move on into other roles,” she said. 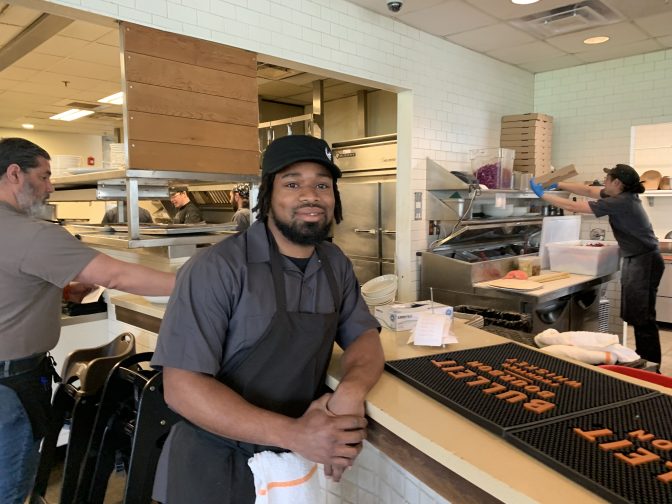 Daijon Arnett became a prep cook at The Porch in Pittsburgh’s Oakland neighborhood in April. Before beginning at The Porch, he completed a training program at Community Kitchen Pittsburgh in Hazelwood.

In Pittsburgh, Daijon Arnett envisions such a future for himself.

He recently started as a prep cook at the Oakland restaurant The Porch in hopes of one day becoming a chef.

“I plan to be all over this kitchen,” he said with a laugh while taking an afternoon break from shift. “So yeah, this is a real big step for me.

“That’s one thing that’s key with me,” he continued. “If I really enjoy where I’m at, you ain’t never, never got to worry about me. … That was probably one problem I had when I was about 18, 19 [years old] – I didn’t really get the big picture.”

Amy Kroll, of the Allegheny County Jail’s reentry services team, warned that her clients also need to think ahead for things beyond their control.

“We do tell our guys, men and women, this is an opportunity. It may not last forever because this job market may start to shrink,” she said. “And we find people are taking that very [seriously].”

Such earnestness is promising, she said, because if formerly incarcerated people can prove themselves today, employers might be willing to give them more of a chance after the labor market cools.

Why Pennsylvania’s health department is taking Spotlight PA to court