Officials around the world are united in their No. 1 recommendation: Get vaccinated if you aren’t already, and if you are, get a booster shot.

The Pennsylvania Medical Society, the main group representing doctors in the state, opposes the bill. 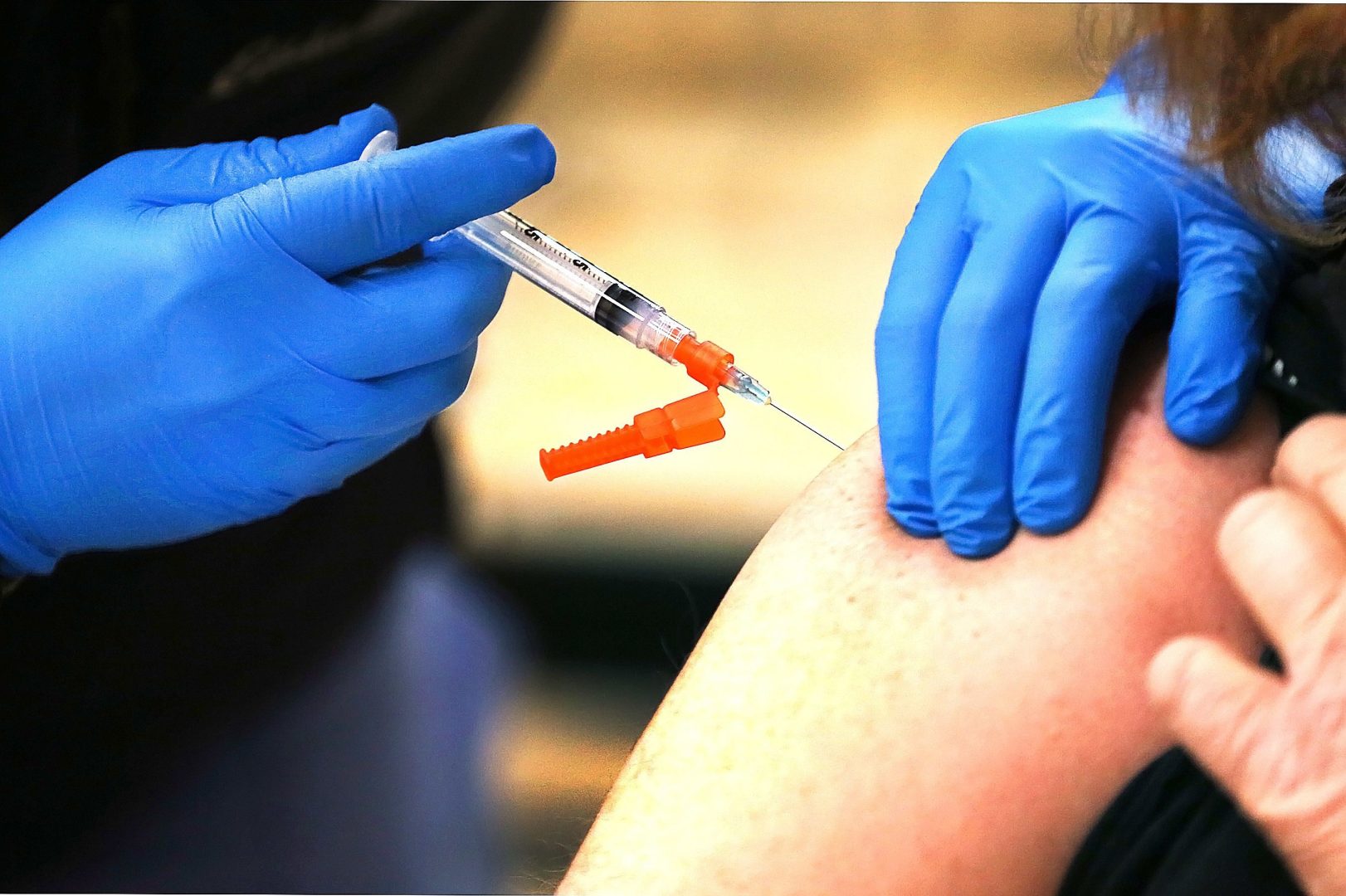 Officials around the world are united in their No. 1 recommendation: Get vaccinated if you aren’t already, and if you are, get a booster shot.

A bipartisan bill in Harrisburg aims to permanently allow pharmacists and trained pharmacy staff members to vaccinate children. The temporary privilege is set to expire whenever the COVID-19 public health emergency ends.

Pharmacists say the emergency authorization has allowed them to reach thousands of families in underprivileged areas, both urban and rural, who don’t regularly see pediatricians or have access to doctor offices.

“Vaccination care has always been very fragmented where adults can come to pharmacies…and children have to go to providers’ offices,” said Lindsay Dymowski who co-runs Centennial Pharmacy in Philadelphia. “This really allows us to be a part of population health care and take care of whole families.”

“What I would ask the public is: Would you want your toddler to receive a vaccination in a drugstore and have a horrible reaction when there’s not a registered nurse or a doctor present? I think that’s the question that answers itself,” Talenti said.

The temporary expansion allowing children to receive their vaccines in pharmacies follows a federal change from the Department of Health and Human Services in 2020, which the American Medical Association and the American Academy of Pediatrics both opposed at the time.

But when it comes to children, states still have different policies, though more have allowed pharmacists to vaccinate children since the pandemic, according to a tracking project from the National Alliance of State Pharmacy Associations. There’s no reason why Pennsylvania can’t do the same, said Victoria Elliott, CEO of the Pennsylvania Pharmacists Association.

“I don’t know that Pennsylvania has to be unique in that we’re limiting pharmacists’ ability to do the things they already know how to do,” she said.

The opposition from doctors rests on an outdated idea of what pharmacists do, said Larry Jones, executive director of the Pennsylvania Society of Health-System Pharmacists.

“Everybody’s impression again of that pharmacist is a little mom-and-pop corner store where it’s overcrowded, things are jammed in there, and you’re going to sit down a toddler,” he said.

Dymoswski added that in fact, her patients often have relationships with their pharmacists and might even get more time and attention with a pharmacist than with a pediatrician who has appointments scheduled back-to-back.

She recalled one patient who had received their vaccinations at Centennial and called to make an appointment when it was time to vaccinate their kids, who were feeling very nervous about getting the shots.

“The children were brought in and our pharmacist sat with them for about 10 or 15 minutes and explained to them the vaccine, and answered all the really cute questions they had as kids, of course,” Dymowski said.

The pharmacist showed the kids how the vaccines were stored and prepared, and where the information would go on their vaccine cards.

“There is the opportunity for a pharmacist to take that little extra one on one time to be able to make the kids feel more comfortable with what’s going to be happening,” Dymowski said.

Jones added that pharmacists have the training, resources, and now a track record of vaccinating patients safely, so the change to let them do that during the pandemic should not be rolled back.

In many places in the United States, there is a shortage of primary care providers. In 2018, nearly 1 in 5 adults in Philadelphia did not have someone they consider to be a personal doctor or health care provider.

Research has found that people are up to twice as likely to visit pharmacies than primary care providers, though pharmacies are also more scarce in predominantly Black and brown neighborhoods than majority-white ones.

Dymowski said vesting pharmacists with the power to vaccinate would bolster trust in pharmacists for other treatments too, giving patients more confidence to ask questions about medications or other medical issues. She was clear though that she wasn’t advocating for pharmacists to be in the business of diagnosis — but rather to support doctors to provide access where they can’t.

“We’re not trying to take anything away from the doctors,” she said. “The only thing that we’re trying to do is make sure that these communities that need access to health care are receiving it.”

Talenti, of the Pennsylvania Medical Society, said the temporary change to let pharmacists vaccinate children during the pandemic should remain just that — a temporary change during an emergency.

When asked where the governor stands on the issue, a spokesperson for Governor Tom Wolf said he is reviewing the bill and would follow it through the legislative process. Both the Senate bill and its companion measure in the house have broad bipartisan support.

Do you need a second COVID booster? ‘It depends,’ Penn Medicine experts say