The company told the municipalities that it is “firmly committed” to providing quality care to Delaware County, it also said that it was impacted negatively by the COVID-19 pandemic. 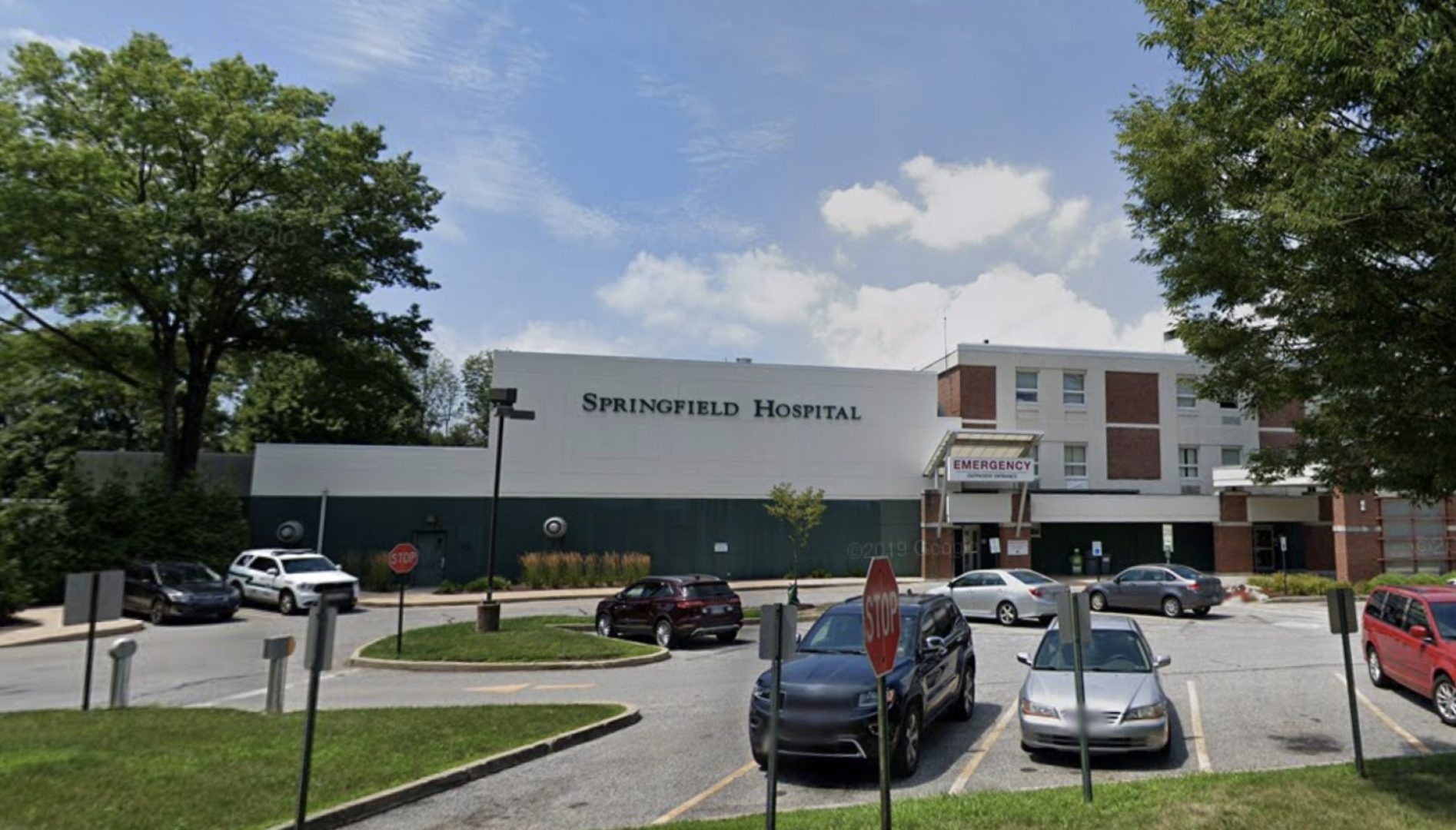 Crozer Health, the four-hospital system in Delaware County, has been quietly reaching out to municipalities, threatening to shut off emergency medical services unless they pay up.

WHYY News obtained copies of the letters that were signed by Kevin Spiegel, Crozer Health president and chief executive officer. 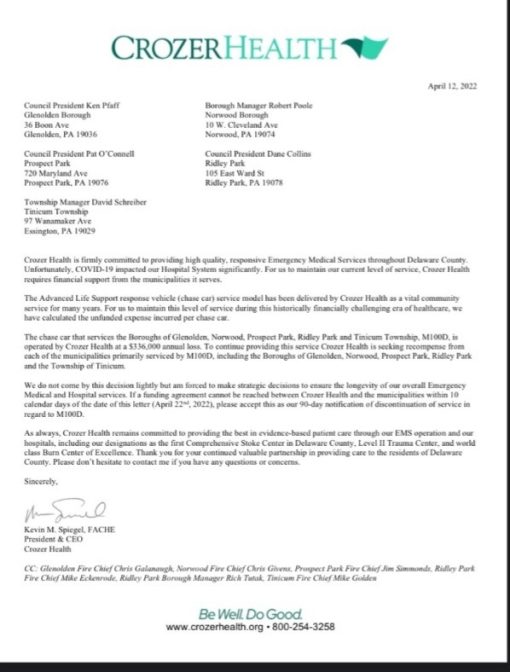 While the company told the municipalities that it is “firmly committed” to providing quality care to Delaware County, it also said that it was impacted negatively by the COVID-19 pandemic.

“For us to maintain our current level of service, Crozer Health requires financial support from the municipalities it serves,” the letters read.

Crozer has delivered its Advanced Life Support response vehicles, also known as chase cars, to the municipalities for quite some time. The vehicles, while they don’t transport patients, are staffed by a paramedic, who has the highest level of prehospital care education.

For Aston and Brookhaven, who share the M100A vehicle operated by Crozer, the chase car has allegedly cost the company $338,000 annually. Glenolden, Prospect Park, Tinicum, Norwood, and Ridley Park, are said to have cost Crozer $336,000 annually for their use of the M100D car.

As a result, Crozer is “seeking recompense” from each of the different municipalities that it services.

And if a funding agreement by the separate municipalities isn’t made by April 22, Crozer will discontinue its services within 90 days.

“We do not come by this decision lightly but are forced to make strategic decisions to ensure the longevity of our overall emergency medical and hospital services,” the letters read.

WHYY News reached out to Crozer and the company did not immediately respond to a request for comment.

Jon Ley is the union chief shop steward for the Pennsylvania Association of Staff Nurses and Allied Professionals’ Local 100. He represents the paramedic department at Crozer-Chester Medical Center South Division.

The department covers the city of Chester, Chester Township, half of Upland Borough, Ridley Township, Nether Providence, Eddystone, as well as the seven municipalities slapped with the notice.

To a point, Ley said he understands the letters with EMS being chronically underfunded on the side of the municipalities, who have essentially been getting a “free service” for decades.

“It’s not cost effective for the hospital. These letters were sent out because Prospect had taken a huge loss as it states in the letter. What they’re doing is they’re asking those counties to actually buck up so to speak or give money because they took such a loss,” Ley said.

However, he said that the short notice will compound an already dangerous situation in Delaware County, which is experiencing a shortage in EMS workers.

“It would’ve made sense to gradually go through the process and come up with a business plan with these municipalities. But just you know, to come in in 10 days and say we’re going to do this on the 11th day — to me, I can’t swallow it. That’s what bothers me,” Ley said.

He added that Trinity Health Mid-Atlantic and Main Line Health are also short on paramedic staff and that mutual aid from the neighboring health systems will be hard to come from. The municipalities will just be left with their own basic life support ambulances from the volunteer fire companies.

Ley says that Delaware County will be severely impacted if the units go out of service.

WHYY News reached out to all seven municipalities listed in the letters for comment but did not immediately receive responses from any of them.

Crozer’s parent company, Prospect Medical Holdings, has been looking to sell off the system to the Wilmington-based ChristianaCare Health System. ChristianaCare signed a letter of intent to acquire Crozer in February. A spokesperson for the nonprofit hospital network told WHYY News in a brief statement that they are still in their “due diligence process and have no updates to share at this time.”

In March, Crozer made another announcement that DCMH would be temporarily losing its surgical and intensive care units.

Ley told WHYY News that the union has tried to sit down with Crozer to get a sense of what’s going on, but to no avail.

“They’ve not met with us yet. [The union] asks what the situation is — we’re literally kept in the dark,” Ley said.

Crozer was acquired by Prospect in 2016.

Two new omicron variants are spreading in N.Y. and elsewhere. Here's what we know