Refugees check their luggage after fleeing the war from neighbouring Ukraine at the border crossing in Medyka, southeastern Poland, Friday, April 1, 2022. Talks to stop the fighting in Ukraine resumed Friday, as another attempt to rescue civilians from the shattered and encircled city of Mariupol broke down and Russia accused the Ukrainians of a cross-border helicopter attack on an oil depot. 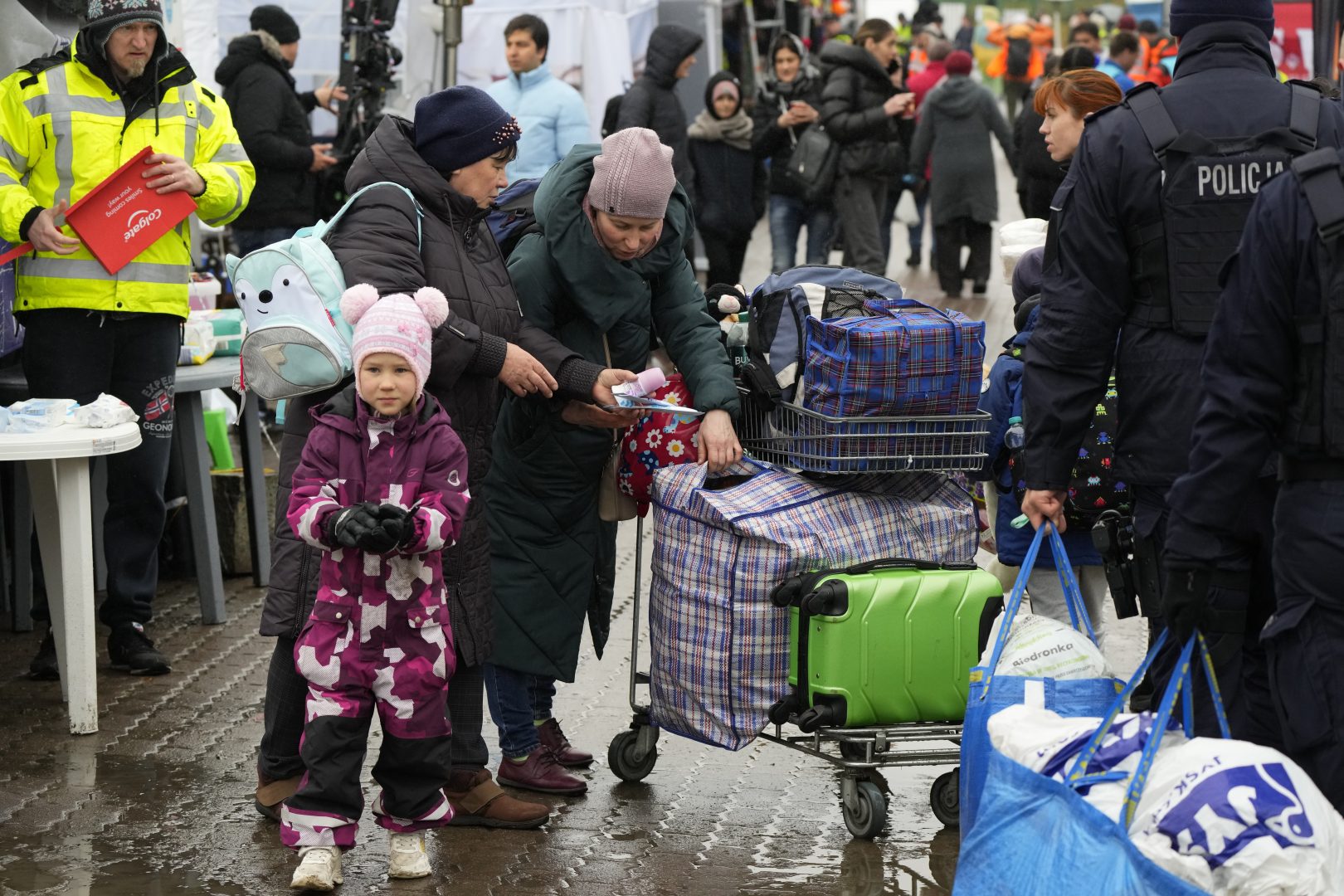 Refugees check their luggage after fleeing the war from neighbouring Ukraine at the border crossing in Medyka, southeastern Poland, Friday, April 1, 2022. Talks to stop the fighting in Ukraine resumed Friday, as another attempt to rescue civilians from the shattered and encircled city of Mariupol broke down and Russia accused the Ukrainians of a cross-border helicopter attack on an oil depot.

The United States is expected to take in as many as 100,000 Ukrainian refugees, and Pittsburgh and Pennsylvania agencies are preparing to welcome them. Gov. Tom Wolf is calling on schools to admit newly resettled students and for state legislators to support appropriating $2 million for support programs.

“We have all watched with tremendous sadness as Ukrainians endured horrific and unprovoked attacks on their homeland. Now we will have opportunities to ease the tragic after-effects of that horror for some of the youngest Ukrainian refugees,” Wolf said. 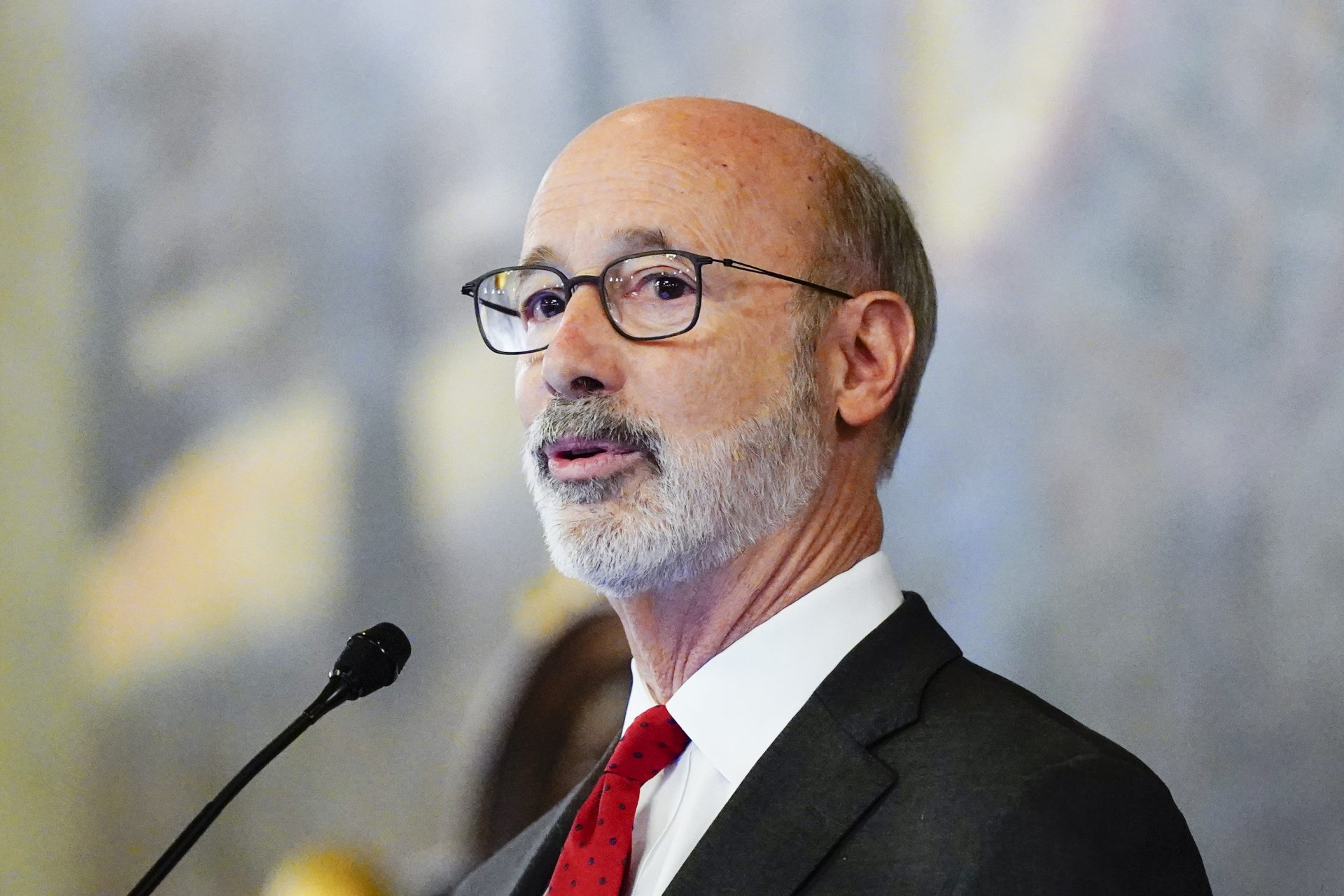 It’s expected that most Ukrainians will prefer to stay in Europe, according to NPR. But the U.S. government is ready to use its refugee and immigration programs to bring in vulnerable people, including LGBT individuals, those with medical needs and journalists and dissidents.

Wolf and Pennsylvania Education Secretary Noe Ortega said Friday that the administration sent a letter to schools to remind administrators of their legal obligation to enroll students within five days of receiving their documentation.

“In anticipation of an influx of Ukrainian families coming to Pennsylvania over the coming weeks, it is imperative that our school communities are prepared to provide high-quality education services to new students in a seamless and efficient manner,” Ortega said. 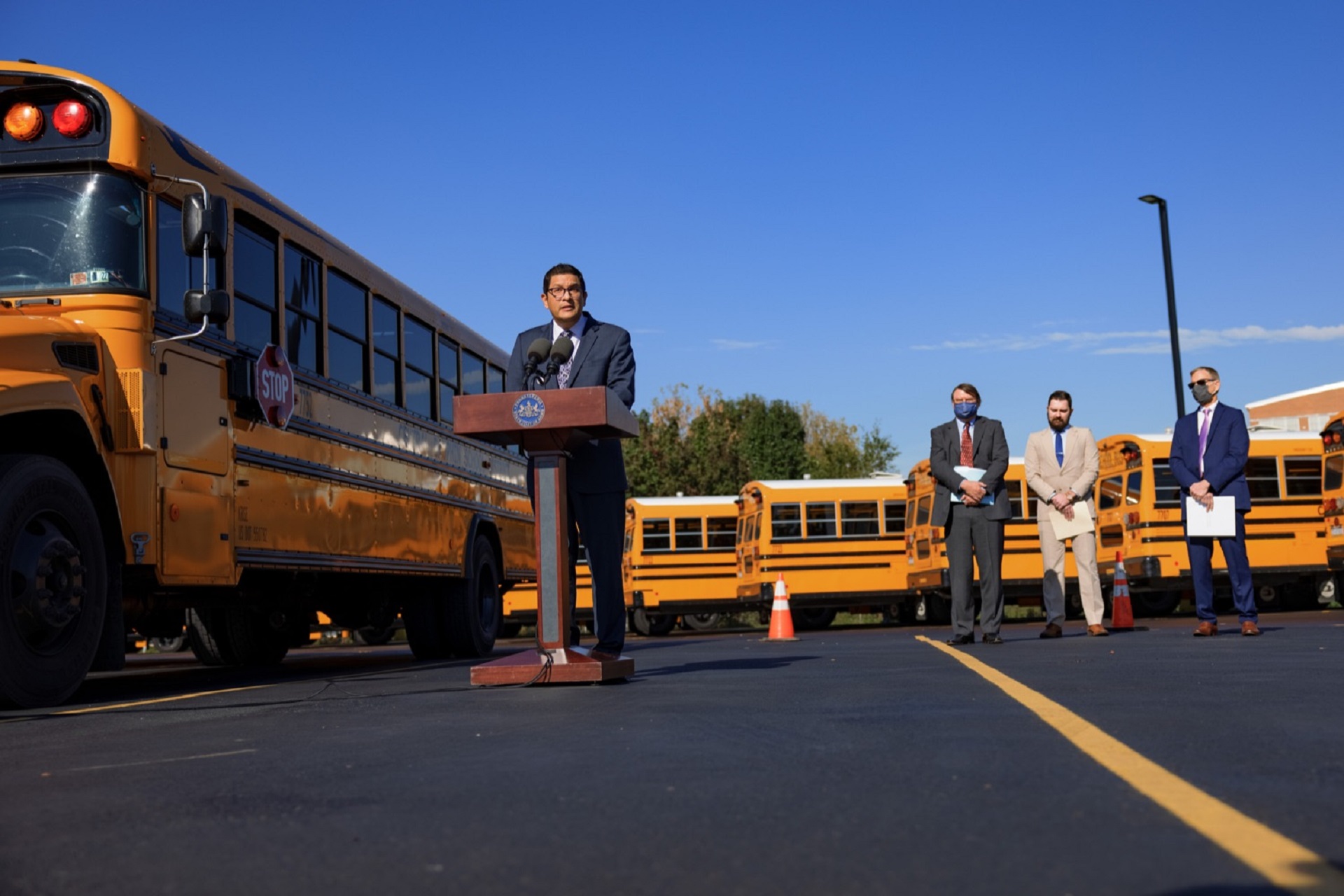 The letter also expressed a requirement for schools to offer language services to students and parents who may not be proficient in English.

“Schools must identify English Learner (EL) students and take affirmative steps to ensure that all EL students are provided with appropriate language assistance services to allow them to meaningfully participate in educational programs,” the letter reads. “Additionally, school districts and charter schools must communicate information to EL parents in a language they can understand.”

Legislation introduced in the Pennsylvania House and Senate last week would give the Department of Human Services $2 million to use for its refugee resettlement program. The bill’s sponsors argue that the funds would allow contractors to work faster and more efficiently to help refugees find and retain employment and fully integrate into their new community.

“The first Ukrainian refugees are beginning to arrive in Pennsylvania this week, and the agencies ready to receive them need our support,” said bill sponsor Senator Lindsey Williams.

Wolf issued a statement in support of the legislation and called on the legislature to continue to sever financial ties with Russia.

“Pennsylvania was founded on the ideals of peace, tolerance, and safety for all people, and we will continue to model these ideals and be a welcoming home for any who seek safe refuge in the United States,” he said. “This proposed funding will allow the commonwealth the flexibility to invest in refugee services quickly and efficiently, and ultimately provide a safe haven for these individuals.”