CINCINNATI, OH - NOVEMBER 12: Weston McKennie #8 of the United States is congratulated by his teammates after scoring a goal during the FIFA World Cup 2022 Qualifier match against Mexico at TQL Stadium on November 12, 2021 in Cincinnati, Ohio. The United States defeated Mexico 2-0.

Everything you need to know as the U.S. men’s team looks to return to the World Cup

The U.S. men's team missed out on the last World Cup. 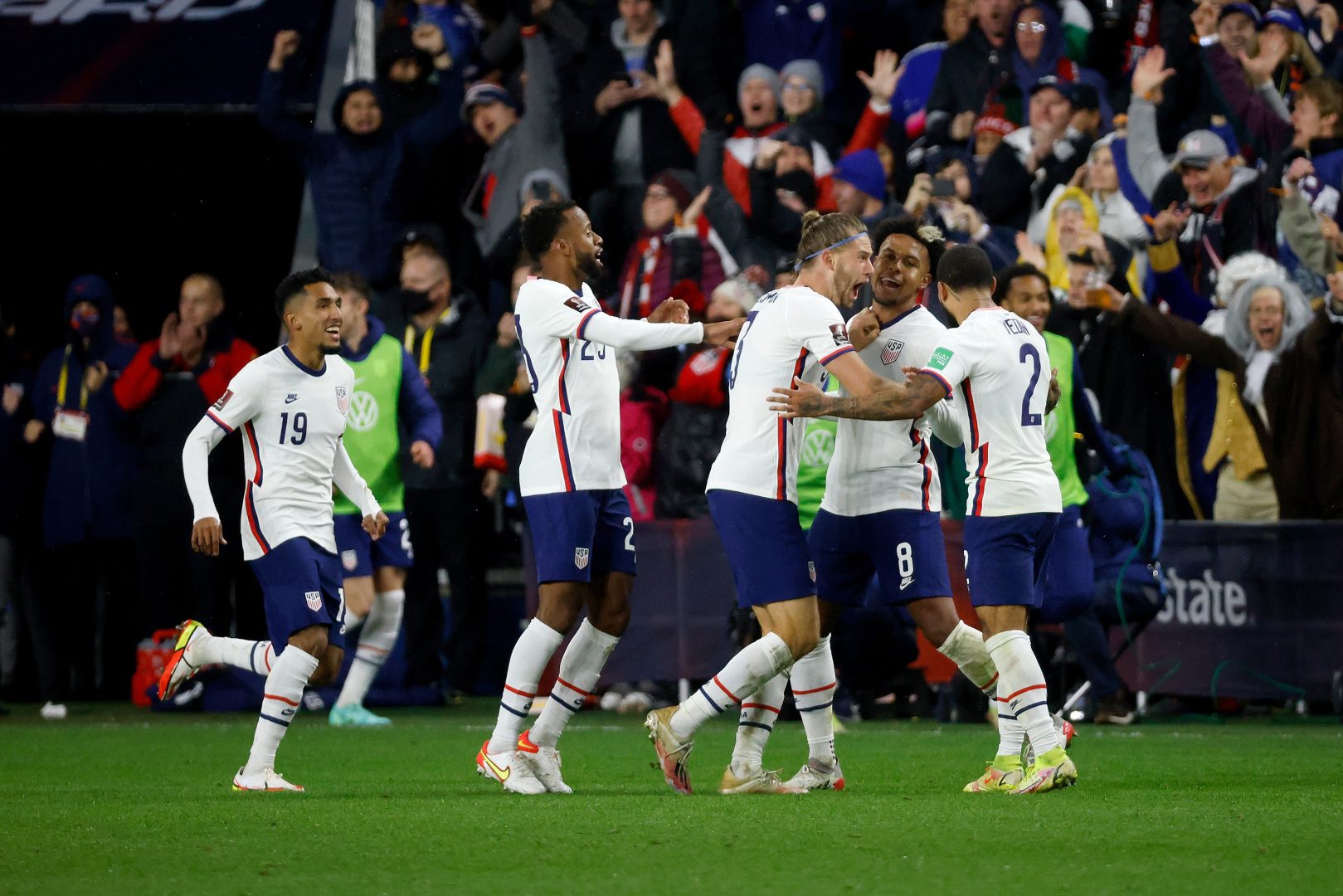 CINCINNATI, OH - NOVEMBER 12: Weston McKennie #8 of the United States is congratulated by his teammates after scoring a goal during the FIFA World Cup 2022 Qualifier match against Mexico at TQL Stadium on November 12, 2021 in Cincinnati, Ohio. The United States defeated Mexico 2-0.

It’s the final week of World Cup qualifying for North America and the U.S. men’s team is currently tied for second place with archrival Mexico.

After missing out on the last World Cup competition, a new generation looks to finish this cycle strong and book their ticket to Qatar 2022. Here’s everything you need to know.

How does World Cup qualification work?

Thirty-two countries will compete in this year’s World Cup after a culmination of two years of qualifying matches. Each continent is given an allotment of teams they can send, with North America given three spots plus a fourth that will play a single-elimination playoff game against a team from the Oceania Football Confederation in June.

What does the U.S. need to do to get in?

With three points given for a win, one point for a draw and zero points for a loss, the road to Qatar isn’t so straightforward for the U.S. team. Both Panama and Costa Rica are hot on the U.S. and Mexico’s heels, vying for the third and fourth qualifying spots.

Although the U.S. has defeated Mexico in its past three meetings across all competitions, including a 2-0 victory during its home World Cup qualifier in Cincinnati last October, the U.S. team has never won a qualifier in Mexico City. In the past two qualifying cycles the U.S. has been able to eke out a tie, but a win Thursday night at Azteca would be historic and go a long way toward the team qualifying.

Realistically, five points from the next three games would put the U.S. in the driver’s seat and bode well for its chances. A tie at both Mexico and Costa Rica, combined with a home win against Panama, should be enough to help the U.S. qualify depending on the results of other matches. But recent history shows that the USMNT would prefer to clinch a spot long before that last game in Costa Rica, with 2017 still fresh on the collective mind.

What happened during the last World Cup cycle?

October 2017 will forever be a watershed moment in U.S. men’s soccer history: The team failed to qualify for the World Cup for the first time since 1986. Needing only a tie to advance, the men’s 2-1 loss to Trinidad and Tobago, which had already been eliminated, marked an unflattering end for the national careers of U.S. legends such as Tim Howard and Clint Dempsey.

The loss also slammed the brakes for any momentum the sport had built in the United States and left fans wondering what the future might look like.

“We have to qualify. There’s just no other option,” Adams told reporters at a news conference Tuesday. “We’re doing it for all the U.S. fans and we don’t wanna, obviously, let down our nation.” 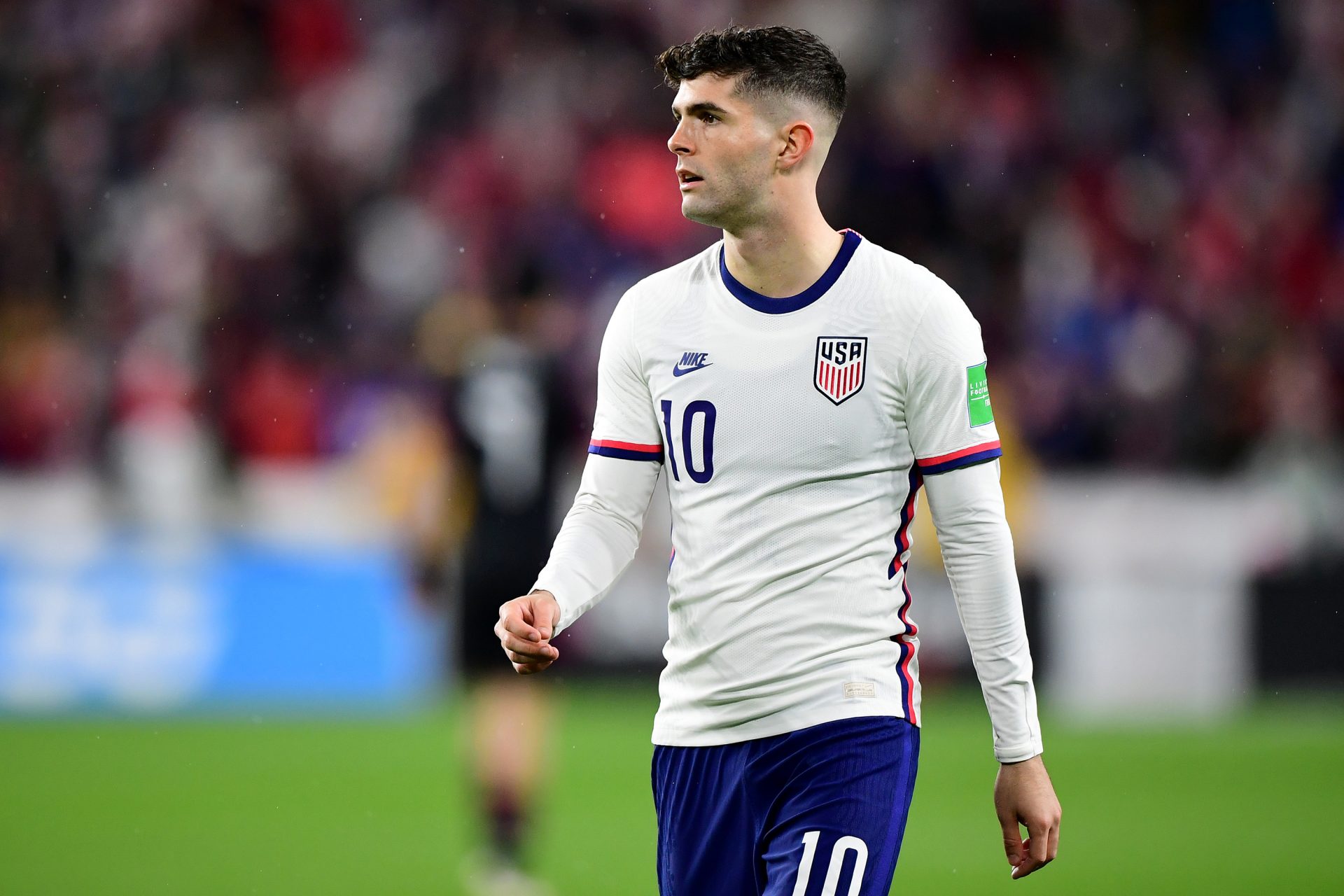 CINCINNATI, OHIO – NOVEMBER 12: Christian Pulisic #10 of the United States looks on during a FIFA World Cup 2022 qualifying match between the United States and Mexico at TQL Stadium on November 12, 2021 in Cincinnati, Ohio.

A new year brings new faces to the USMNT squad

The team that will take the pitch Thursday against Mexico will look nothing like the one that failed to qualify in 2017. Only four current players on the U.S. roster were a part of the squad that lost to Trinidad and Tobago.

This team is also younger than last cycle’s squad, with half of the current U.S. players age 24 or under.

Arguably the highest profile of the new U.S. crop of players is Christian Pulisic, who currently plays for Chelsea — the current champions of Europe as well as Club World champions.

Chelsea is currently the center of controversy as owner Roman Abramovich has recently been sanctioned by the U.K. government due to Russia’s invasion of Ukraine.

He was also the first male player from the U.S. to compete in a UEFA Champions League Final in 2021. Pulisic has yet to play in a World Cup.

Although the most famous of the bunch, Pulisic is far from the only U.S. player making waves in world soccer.

Gio Reyna, who has been included in the squad for the first time since injuring his hamstring last year, is primed to be the next U.S. player to follow in Pulisic’s footsteps at Dortmund. The 19-year-old has already broken numerous records previously set by his teammate and was voted U.S. Soccer’s Young Male Player of the Year in 2020.

Reyna isn’t the only U.S. star to be injured lately. Juventus midfielder Weston McKennie has been ruled out for the rest of the Italian league season with a broken foot and will not be available for the upcoming qualifiers. Barcelona defender Sergiño Dest and Red Bull Salzburg midfielder Brenden Aaronson were also omitted from the squad due to injuries. 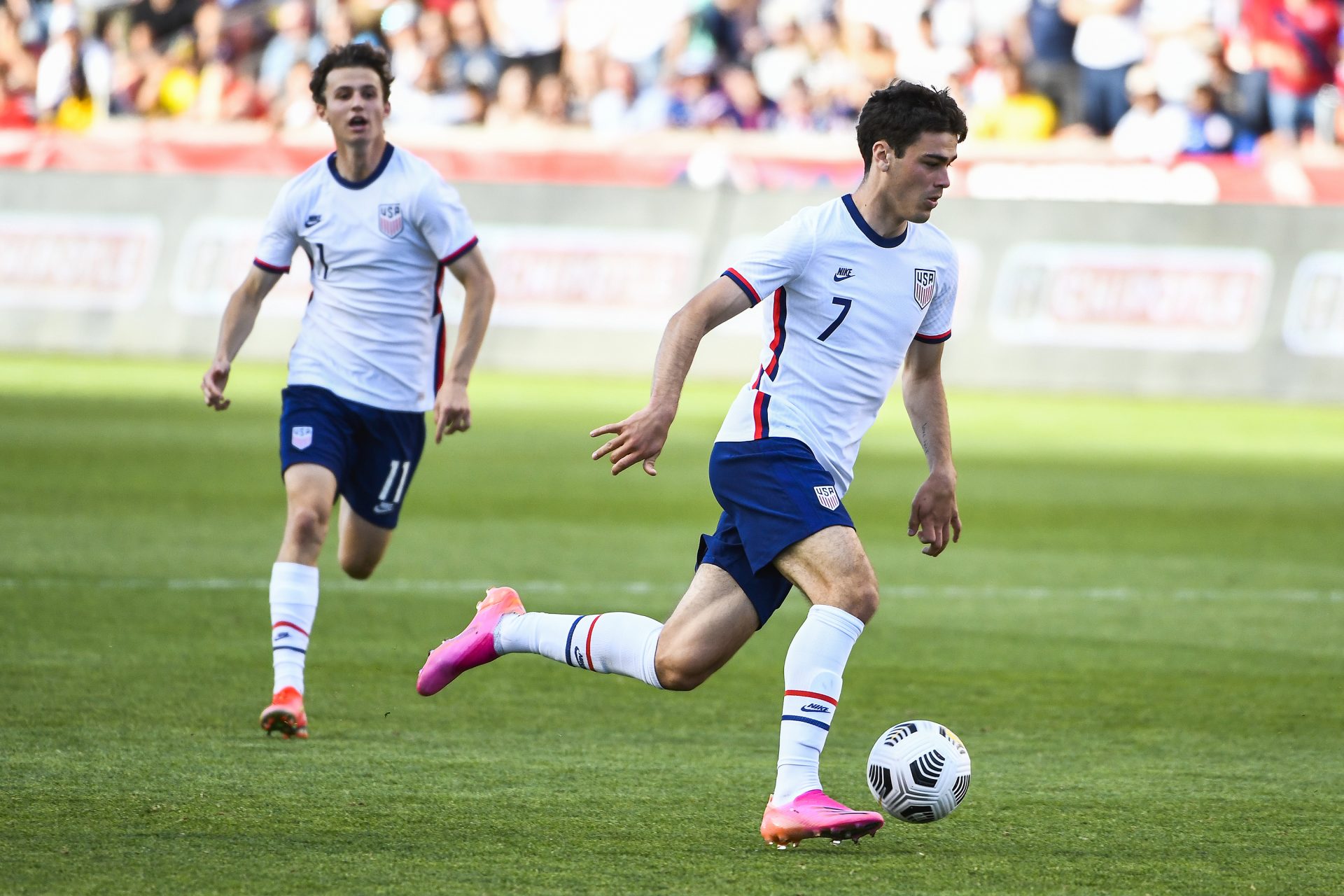 SANDY, UTAH – JUNE 09: Gio Reyna #7 of the United States controls the ball during a game against Costa Rica at Rio Tinto Stadium on June 09, 2021 in Sandy, Utah.

But none appear serious enough to rule the players out of this winter’s World Cup should the U.S. qualify.

Another exciting young player to keep an eye on is Tim Weah, who currently plays for the French league champions Lille. His father, George Weah, the current president of West African nation Liberia, won the Ballon d’Or in 1995. The award is given annually to the world’s best player.

The U.S. is trying to build momentum with 2026 on the horizon

Although this week’s goal will most certainly be qualifying for Qatar, many U.S. soccer fans will have one eye fixed on 2026, when the U.S. will co-host the World Cup with neighbors Mexico and Canada. It will mark the first time the men’s competition will be held in North America since the U.S. hosted the 1994 World Cup.

Even if the U.S. men happen to fail to qualify once more, U.S. fans always have the current four-time Women’s World Cup champions to look forward to as they look to defend their title next year in Australia and New Zealand.