A large panel of Democratic representatives gathered at The Frick Pittsburgh on Tue., March 8, 2022.

The $25.3 million project is expected to begin construction in late April 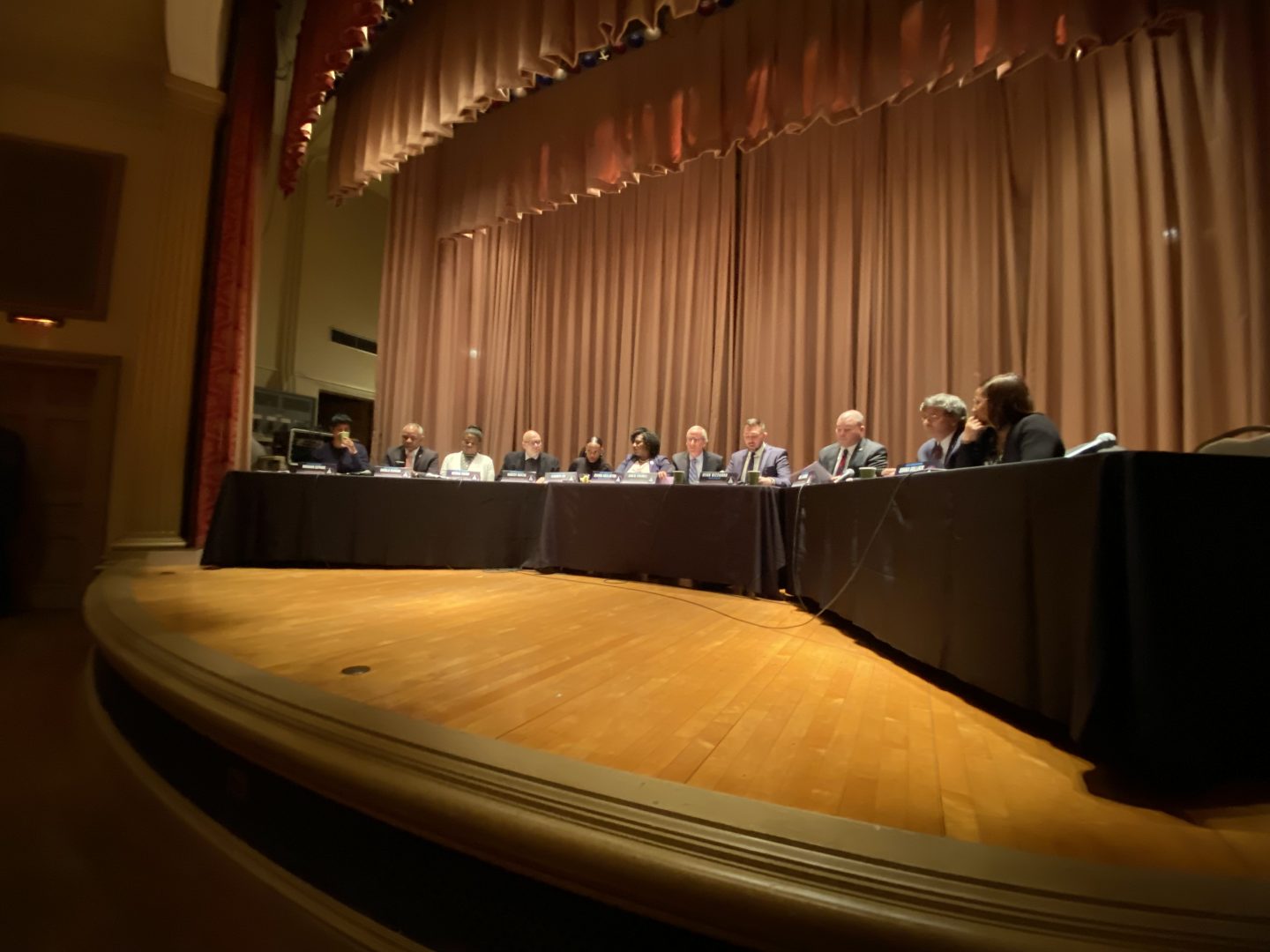 A large panel of Democratic representatives gathered at The Frick Pittsburgh on Tue., March 8, 2022.

“It was all avoidable,” state Rep. Dan Frankel said of the collapse, adding that requests for more infrastructure funding have long fallen on deaf ears in both Harrisburg and Washington. Instead, representatives were told for years to cut funding and save money, he said.

“Let this discussion show what happens when you try to save money by neglecting infrastructure,” Frankel said.

Pennsylvania has more than 25,400 state-owned bridges, and 6,600 locally-owned bridges over 20 feet in length, according to PennDOT officials. In Allegheny, Beaver, and Lawrence counties, which together make up PennDOT’s District 11, there are 1,804 bridges, 146 of which are in “poor” condition.

The hearing’s theme was that Pennsylvania must find more money to fund infrastructure, whether in “rural, suburban, or urban communities,” said state Rep. Joanna McClinton of Philadelphia. But exactly where that money will come from remains an open question.

A number of representatives referenced President Joe Biden’s proposed Build Back Better bill, a more than $2 trillion piece of legislation that includes money for initiatives from child care and broadband investments to retrofitting infrastructure to better withstand climate change. However, talks on that bill have stalled, and it may only move forward in chunks, if at all.

Luzerne County state Rep. Mike Carroll said fixing Pennsylvania infrastructure must include the federal government, but Harrisburg is not without resources. He cited the state’s rainy day fund, money from federal coronavirus relief aid, and annual revenues that have exceeded budgetary expectations.

“It would be malpractice for us not to do something with respect to the infrastructure of this state beyond the resources in the Motor License Fund,” Carroll said, referring to the state’s current funding stream for infrastructure.

Carroll said it would be challenging to find hundreds of millions of dollars in the general fund, especially as the commonwealth faces another major funding issue. In July, an annual $450 million payment from the Pennsylvania Turnpike Commission to PennDOT, which helps to fund public transit, is set to end. As yet, lawmakers have not found a way to replace the revenue.

Despite the absence of any Republican lawmakers on Tuesday — it was a Democratic event — representatives expressed cautious optimism that their colleagues will collaborate on the effort to fund infrastructure. They noted that all Pennsylvanians rely on bridges, as does the economic performance of the commonwealth.

Mayor Ed Gainey said the collapse of the Fern Hollow Bridge provided a new opportunity for dialogue. Finding, and funding, a long-range infrastructure plan for the state should be lawmakers’ top priority, he said, and one that enjoys “bipartisan, bicameral support.”

Without that “the City of Pittsburgh, Allegheny County, the Commonwealth of Pennsylvania, will always have an infrastructure problem,” he said, adding that jobs, schools, and civic life all would suffer as a result.

“Now do me a favor,” he concluded. “Help me go get this funding so we don’t ever have to worry about this again.”

Tuesday’s hearing was held at The Frick Pittsburgh, a group of museums and historical buildings located just a half-mile from the former Fern Hollow Bridge. During the event, PennDOT District 11 executive Cheryl Moon-Sirianni discussed plans for the bridge’s replacement. 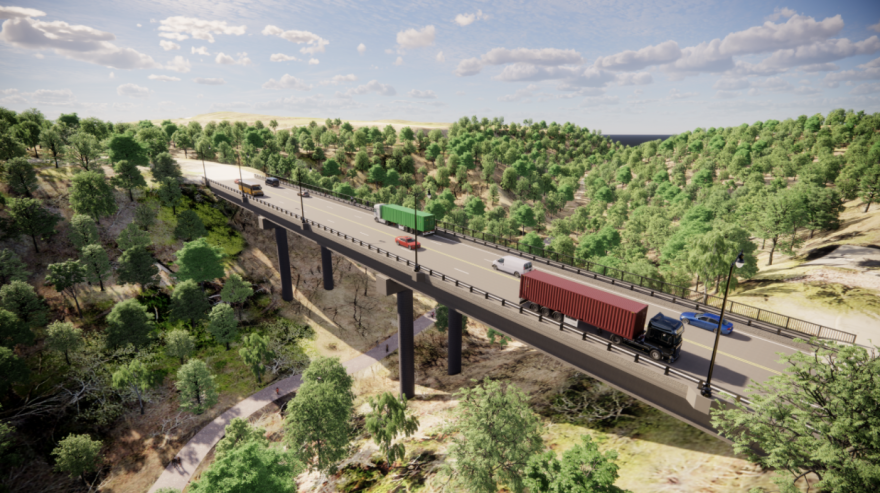 The new bridge will be a composite I-beam construction that appears similar to what some community stakeholders described to WESA as “a highway overpass.” The preliminary designs can be viewed on the project website, launched today. While PennDOT is working with various city departments on the project, there will be no community meetings. Instead, the new website includes an area for public comment.

Moon-Sirianni said a lot of factors influenced the selection of the new design, including cost, material availability, and delivery times.

“Delaying the bridge a few months would not help with some of the designs that were suggested by the community members,” she said. Based on PennDOT’s talks with fabricators, Moon-Sirianni said, other designs and elements would have added 18 months to the bridge replacement timeline, and $10 million in cost.

The new bridge will still carry four lanes of traffic, with a five-foot sidewalk along the northern lanes and a roughly 10.5-foot protected walking and biking lane on the southern side.

Currently, work on “the foundation, the substructure, superstructure, utility relocation, environmental and aesthetics components of the bridge” is underway, Moon-Sirianni said.

The $25.3 million project is expected to begin construction in late April, she said.

Police officer to be fired for fatally shooting Philadelphia boy