The unemployment rate fell to 3.8% last month, from 4% in January. 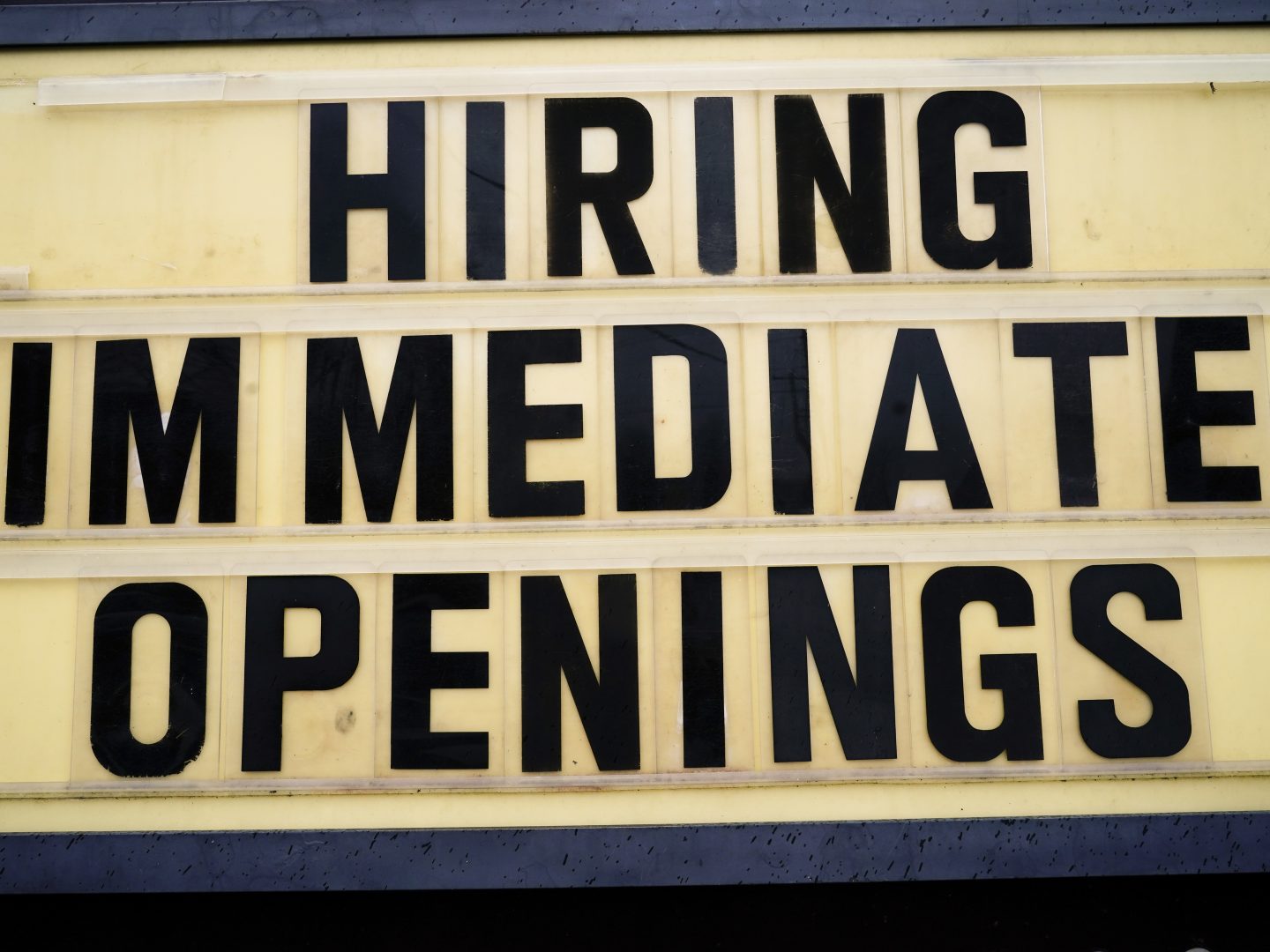 The unemployment rate fell to 3.8% last month, from 4% in January. Job gains for December and January were also revised up by a total of 92,000 jobs.

The health outlook has improved significantly since a winter wave of infections tied to the omicron variant.

Job gains in February were widespread with bars and restaurants adding 124,000 jobs, construction companies adding 60,000, and factories adding 36,000. The economy has now recovered more than 90% of the payroll jobs that were lost in the early months of the pandemic.

But the strength of hiring this spring will depend in large part on the availability of workers.

And Russia’s invasion of Ukraine adds another wild card to the economic forecast.

“Omicron, which is now fading across most of the country, did not have as much of an economic impact as was expected,” said Nela Richardson, chief economist for the payroll processing company ADP. “But it may have had an effect of keeping some workers on the sidelines, due to health concerns.”

The economy is still missing workers

The pandemic shock sidelined a larger share of workers in the U.S. than in other countries. The number of people working or looking for work has increased in recent months but is still below pre-pandemic levels. The workforce grew by 304,000 people in February.

“I think as people start to feel a little more comfortable about coming back to the offices, as people feel they don’t have to be staying at home with the children anymore, I think you will start to see that number continuing to move higher,” said Jay Bryson, chief economist at Wells Fargo. “But that said, there’s a number of people who’ve retired now who probably aren’t coming back.”

Many employers have increased pay to attract scarce workers. Average wages in the private sector were 5.1% higher last month than a year ago. Workers in low-wage industries have seen some of the biggest gains. In restaurants and hotels, for example, average wages in February were 11.2% higher than a year ago.

In some instances, rising wages are contributing to higher prices. And because prices are climbing rapidly, many workers’ paychecks don’t go as far as they used to.

For the past two years, the Federal Reserve has kept interest rates near zero in an effort to prop up the pandemic-scarred economy and encourage hiring.

But now the Fed is preparing to shift gears — focusing less on employment and more on inflation, which has soared its highest level in nearly 40 years.

“Unemployment is low. Wages are going up. The labor market is quite healthy. And inflation is all too high,” Fed chairman Jerome Powell told the Senate Banking Committee on Thursday. “We’re accountable for inflation and we’re going to use our tools to bring it down.”

Powell said he expects the Fed to start raising interest rates — most likely by a quarter percentage point — when policymakers meet in less than two weeks. The goal is to tamp down demand, which has been outstripping supply and leading to higher prices.

But Russia’s invasion of Ukraine adds new a new wrinkle to the Fed’s challenge. The conflict has sharply increased prices for energy and wheat. It also threatens to slow economic growth.

Yellowstone turns 150. Here's a peek into the national park's history