In the battle for labor, nonprofits struggle to staff up amid increased demand for services

Funding restrictions have limited their ability to offer competitive wages, even as a wave of federal COVID-19 relief has increased demand for their services. 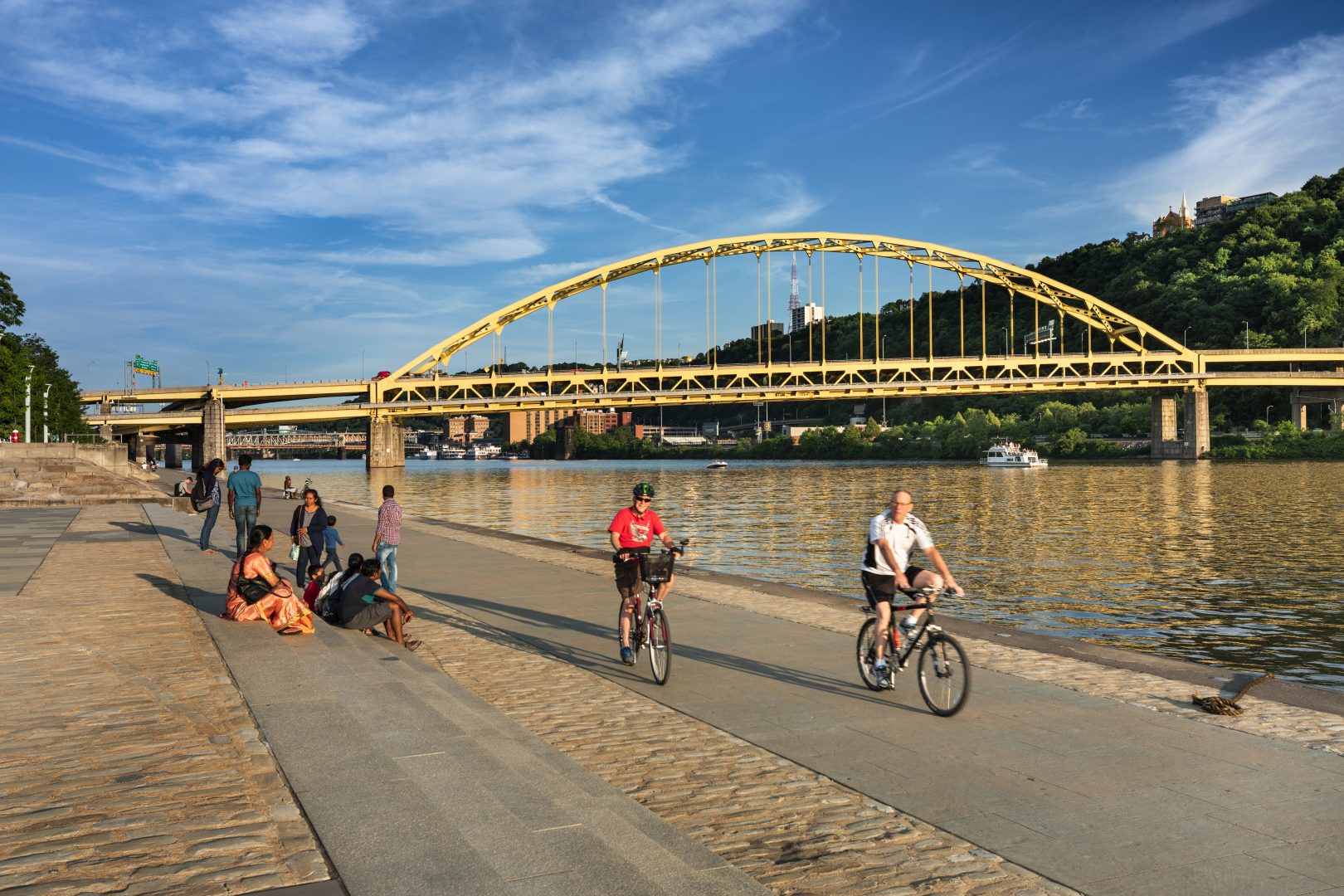 The nationwide labor shortage remains a top challenge for employers across the country, and at nonprofits the scramble for workers has been especially wearying. Funding restrictions have limited their ability to offer competitive wages, even as a wave of federal COVID-19 relief has increased demand for their services.

“During [the] pandemic … mental health issues have really taken the forefront,” said Jesse McLean, the executive director in western Pennsylvania for Pressley Ridge. “Anxiety [and] depression among kids and families that we serve have gone up significantly.”

Pressley Ridge provides mental-health services, foster care, residential treatment, and specialized education programs to children and families in Pennsylvania and neighboring states. And demand for the nonprofit’s programs has mounted as local officials look to spend coronavirus aid from the federal government.

“You have a lot of small counties that are now requesting services,” McLean said. “We may say, ‘Well, we have to put that on hold right now until we can get more staffing in place to be able to do that.’ We’re not going to say we’re going to do a program and then we can’t get staff do the program.”

McLean said that as Pressley Ridge struggles to fill open positions, existing workers have had to go “above and beyond” merely to meet the needs of existing clients. The nonprofit has had to turn away new referrals due to a lack of staff, according to McLean.

“In the nonprofit sector, it’s always a challenge to find the right individuals,” he said. “But the pandemic has made this challenge tenfold worse.”

Colleen Young, director of the Greater Pittsburgh Nonprofit Partnership, said service providers throughout the region have similarly struggled to hire and retain employees. Her organization represents more than 500 nonprofit organizations in the Pittsburgh area.

While the workforce declined sharply throughout the economy when the pandemic arrived in 2020, Young said, “what we have noticed is that the rate of recovery has been much faster in the for-profit and public sectors than it has been in the nonprofit space.”

Federal data shows that employment growth in the nonprofit sector lags other industries. In the fall, six in every 10 nonprofits reported they faced staff vacancy rates between 10 and 29 percent, according to a survey conducted by the National Council of Nonprofits. An additional 16% said they faced even higher rates of job openings.

Prior to the pandemic, nonprofits were the third-largest workforce in the country, surpassing the manufacturing sector. They represented 16% of all privately employed people in Pennsylvania.

“Nonprofits are much more regularly on a fixed budget,” she said. “They rely on set reimbursement rates in human services, and they rely on grant funding from private philanthropy. And [they] oftentimes have one-year grant contracts and so can’t really adjust for [changes in the labor market] as they’re planning for the future.”

For-profit employers have been quicker to raise pay and increase benefits as labor has become more scarce, Young said.

“Anecdotally, we certainly have heard from nonprofits that their staff are leaving for better positions in retail industries,” she said. “Locally, you can sometimes make more money restocking shelves at a grocery store than you can working in a direct service role in a nonprofit.”

The Greater Pittsburgh Nonprofit Partnership is lobbying state leaders to allocate more funding from the American Rescue Plan to nonprofit service providers. But Young noted that pay is not the only reason the organizations have struggled to staff up. She said results have been paltry when they offer sign-on bonuses to new employees. And Pressley Ridge’s McLean said his nonprofit continues to struggle with hiring despite bumping pay during the pandemic.

Young said the threat of COVID-19 stops some workers from applying for jobs in fields that often involve direct contact with clients — like health care, childcare, human services, and education. She and other local nonprofit leaders also cited worker burnout and childcare demands as significant barriers to employment.

But a thinning labor force makes burnout even more of a problem for staff who are left behind to pick up the slack, noted Karen Jacobsen, CEO of Emmaus Community of Pittsburgh. Her organization serves people with intellectual disabilities. It operates 14 residential facilities in the Pittsburgh region and provides in-home services as well.

“The direct-support professionals at Emmaus community really, really, really stepped up” during the pandemic, Jacobsen said. “Everybody just said, ‘Tell me what we need to do and we’re going to do it.’

“And so they did long hours working alone. Where [before] we’d have two people in a [client’s] house, we would have to staff one person … so that we weren’t exposing people to extra … spread of COVID.”

Emmaus employs 106 people, including more than 80 full- and part-time direct caregivers, according to Jacobsen. She said her organization has openings for eight full-time jobs.

Without enough workers, she said, there are fewer opportunities to take clients on outings to the zoo, museums, and other attractions because such trips require extra staff. And earlier in the pandemic, the cancellation of daytime programming outside Emmaus’ residences increased the need for workers at the facilities. Jacobsen said some employees would stay on site between 24 and 72 hours.

Federal aid money helped Emmaus to pay increased overtime costs, plus $2 an hour extra in hazard pay, Jacobsen said. And she noted that the nonprofit has raised its starting wage from about $13 to $15. She acknowledged that the new rate hardly competes with entry-level pay in the food service sector, and she said that like most of her industry, her organization still cannot absorb the full demand for either its in-home or on-site services.

Jacobsen said Emmaus usually receives between two and three referrals a week. “So I have to say, ‘You know what? We’re at capacity and really, because we’re so short-staffed, I can’t even think about opening a fifteenth, sixteenth or seventeenth home right now because I can’t staff the 14 that I have.”