Suspect identified in fatal shooting in Harrisburg. He was arrested after crashing into a school bus.

Gregory Greene Jr. led police on a car chase that ended with him crashing into a school bus carrying several students, authorities said. 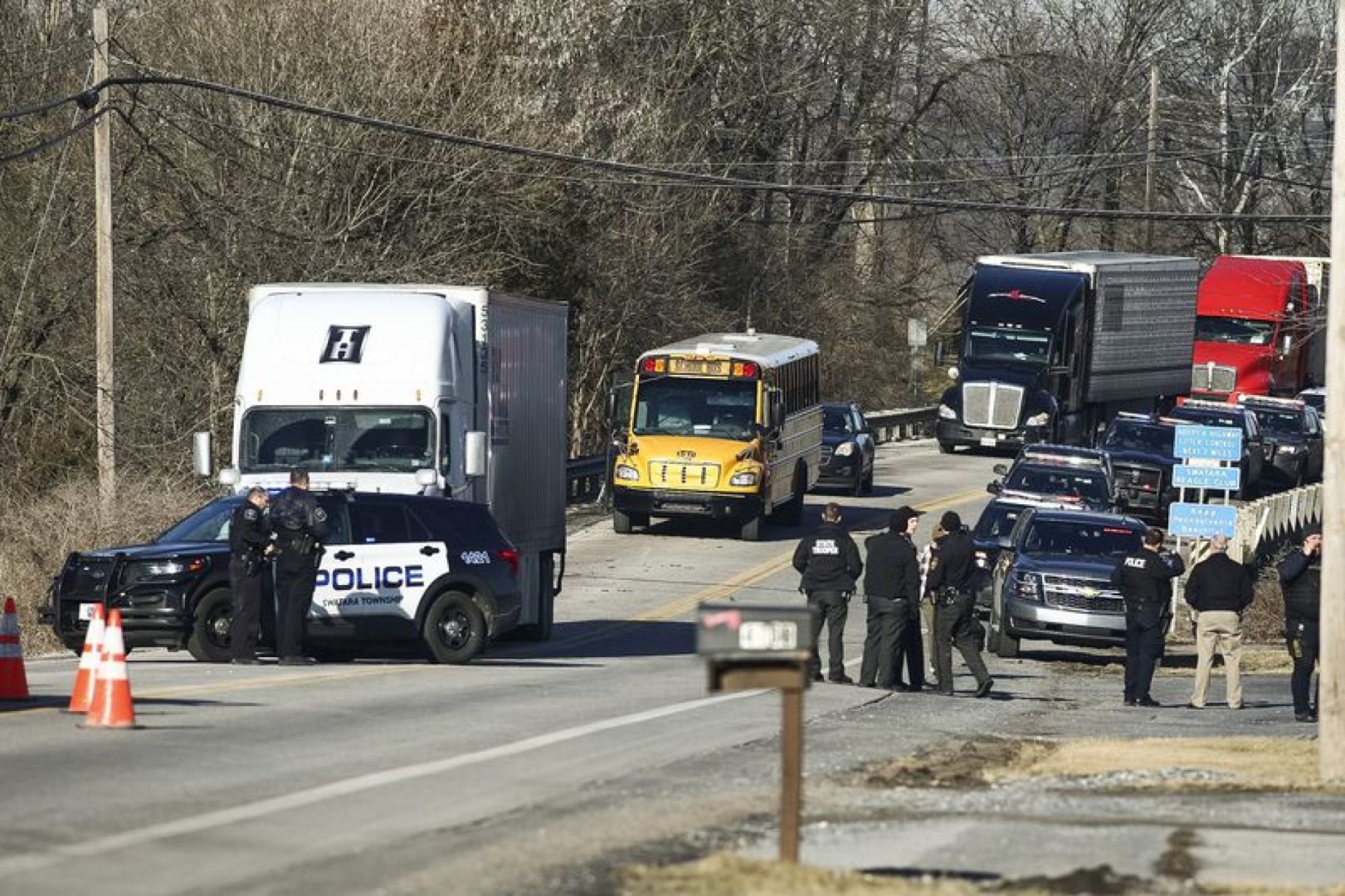 (Harrisburg) — Two people were shot and killed in a home in Harrisburg early Wednesday by a man who also wounded three others, including two children, authorities said Wednesday.

The suspect, Gregory Greene Jr., 31, led police on a car chase that ended with him crashing into a school bus carrying several students, authorities said. No children on the bus were reported injured.

Dauphin County District Attorney Fran Chardo told WGAL-TV that police were in the area serving an unrelated search warrant when they were approached by a victim who had blood on them, and who directed officers to a home where the victims were found.

The dead were identified as Meredith Greene and Tyler Thames. Shot and wounded was Brittonie Meredith, while Greene stabbed two girls, ages 6 and 7, according to charging documents posted online by Pennlive.com.

The two girls identified their uncle, Gregory Greene Jr., as the attacker, and the victims were attacked before 7 a.m., the charging documents show.

Greene was charged with two counts of first-degree murder and three counts of attempted homicide, among other charges, the charging documents. 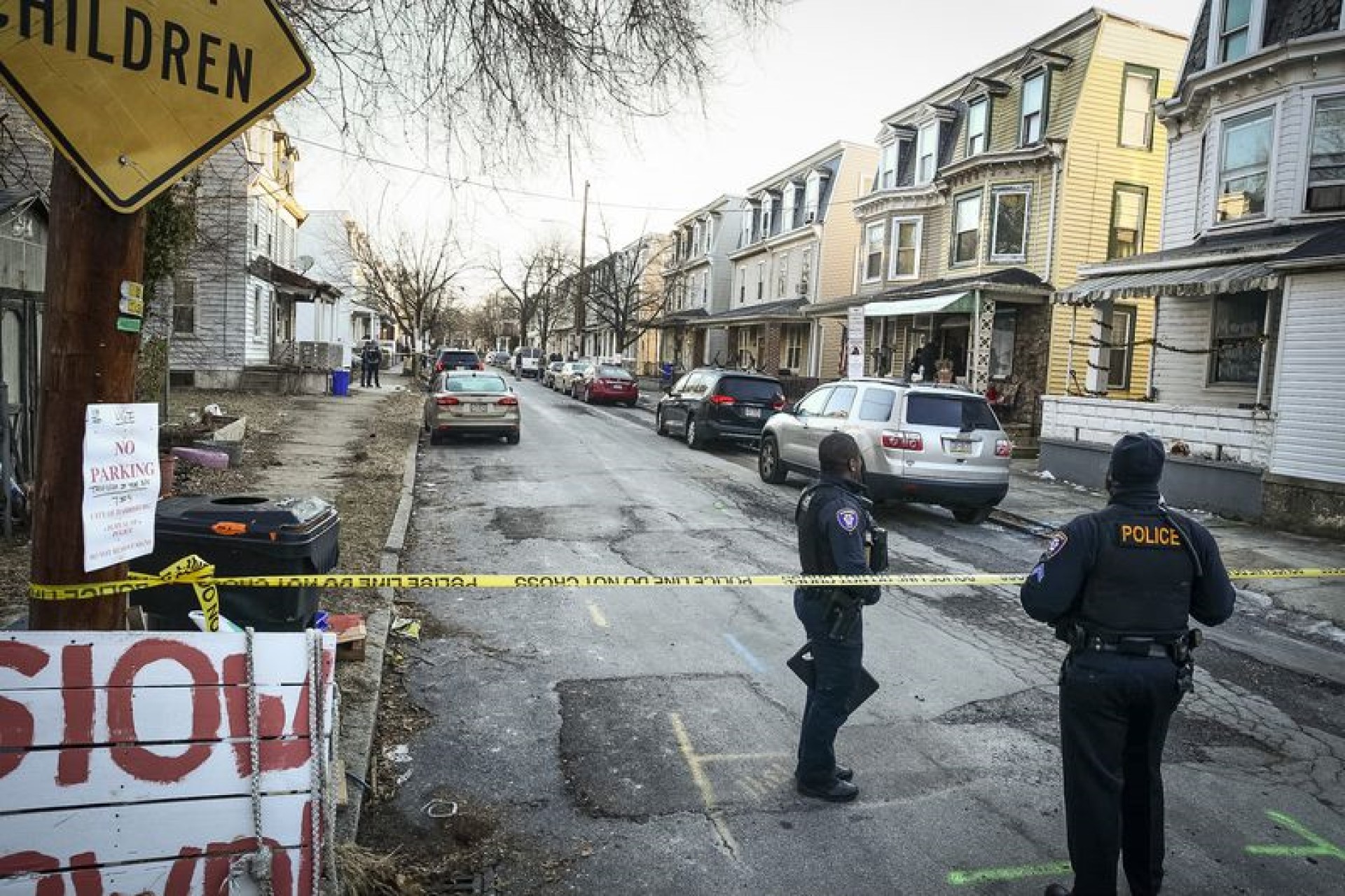 Harrisburg police investigate a shooting in the 1300 block of Liberty Street, near State Street in Harrisburg on the morning of Feb. 9, 2022

Greene has a criminal record, pleading guilty to statutory sexual assault and corruption of minors in 2012, according to state court records online.

Meredith had asked for a restraining order last month, accusing Greene of punching her in the face and choking her, Pennlive.com reported.

A judge granted the order, but Greene was charged with violating it last week when he showed up at the home where his family members lived, saying he needed to get some clothing, Pennlive.com reported, citing court records.

Police arrested him and he spent nearly a month in jail before a judge released him on probation Feb. 2, Pennlive.com reported.

An agent from the attorney general’s office saw a man flee the house and drive away in a car that later crashed, with police in pursuit, according to court documents. Officers had deployed a spike strip across the road to stop the vehicle shortly before the suspect crashed into a school bus in Londonderry Township. Greene was identified as the driver, according to charging documents.

The bus was carrying students who attend a Catholic school in Elizabethtown, Pennsylvania State Police spokesperson Megan Ammerman said. All the students safely got off the bus and were later taken to their school.

A Lower Swatara police officer was injured when their leg was struck by the suspect’s car as the spike strip was deployed, authorities said. The officer’s name and further information on their condition was not disclosed.