A passer-by looks over the barricade on the street of Wednesday's deadly fire in the Fairmount neighborhood of Philadelphia on Thursday, Jan. 6, 2022. Officials say it's the city's deadliest single fire in at least a century. (AP Photo/Matt Rourke)

A Christmas tree caused the blaze that killed 12 people in Philadelphia, officials said

Investigators believe a lighter was the reason the tree caught fire. 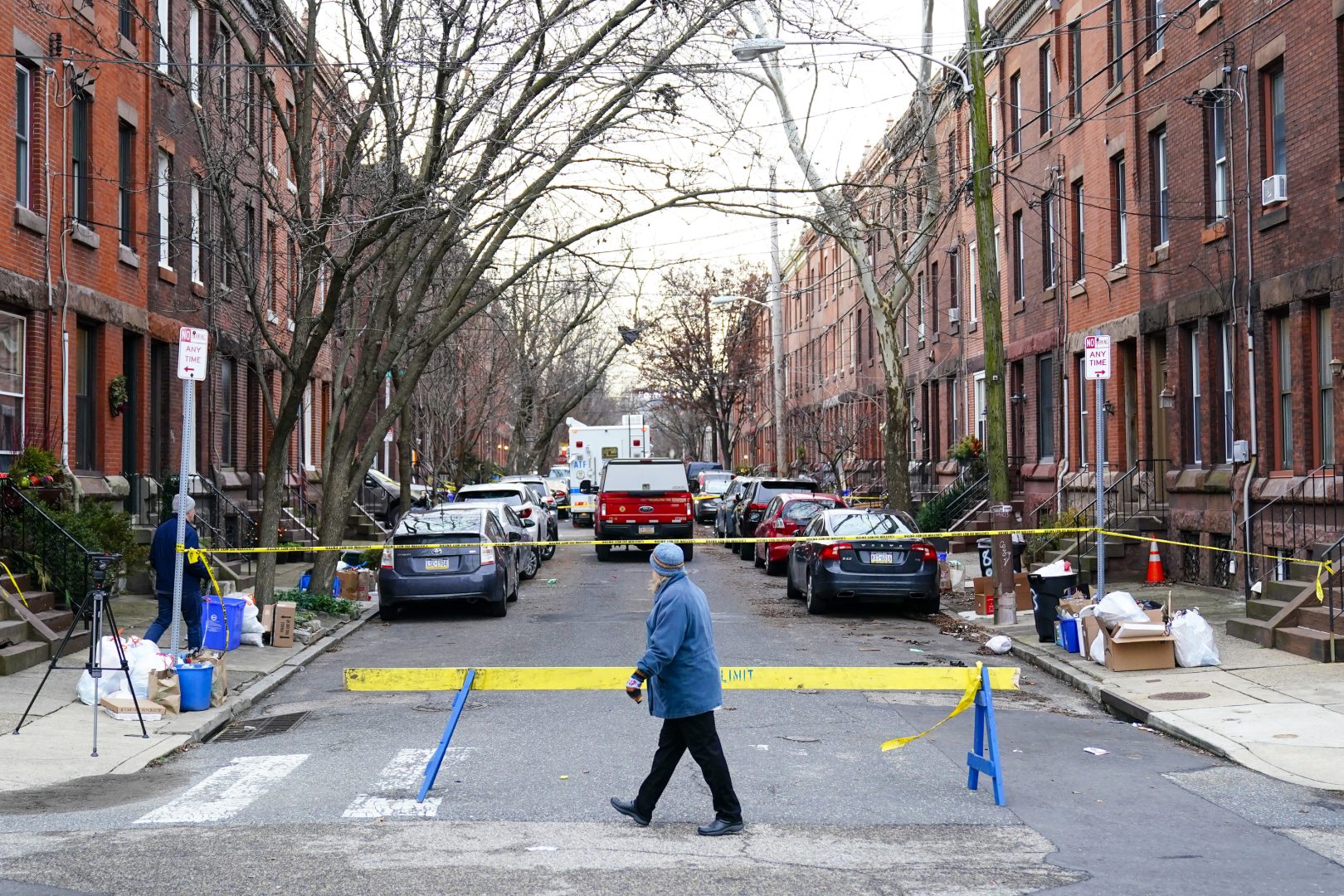 A passer-by looks over the barricade on the street of Wednesday's deadly fire in the Fairmount neighborhood of Philadelphia on Thursday, Jan. 6, 2022. Officials say it's the city's deadliest single fire in at least a century. (AP Photo/Matt Rourke)

(Philadelphia) — A Christmas tree fire caused the blaze that killed 12 people in a Philadelphia rowhome duplex, investigators confirmed Tuesday after a preliminary investigation, stopping short of officially saying a 5-year-old boy playing with a lighter was behind it.

Fire Commissioner Adam Thiel hesitated to point blame at a news conference Tuesday but said the boy was the only person on that floor. The boy told several people he was playing with the lighter when the tree caught fire, according to a search warrant issued last week.

“Investigators believe that lighter was the reason the tree ignited,” Thiel said in announcing preliminary results. “We are left with the words of that 5-year-old child, that traumatized 5-year-old child, to help us understand how the lighter and the tree came together with tragic consequences.”

None of six smoke alarms inside the two-story unit were working, Thiel said, and most had been apparently been removed from the ceiling since an inspection the city housing authority said it conducted last year. One alarm in a shared basement did work, he said.

The 12 people who died were all on the third floor. One was found alive but died at the scene, the commissioner said. 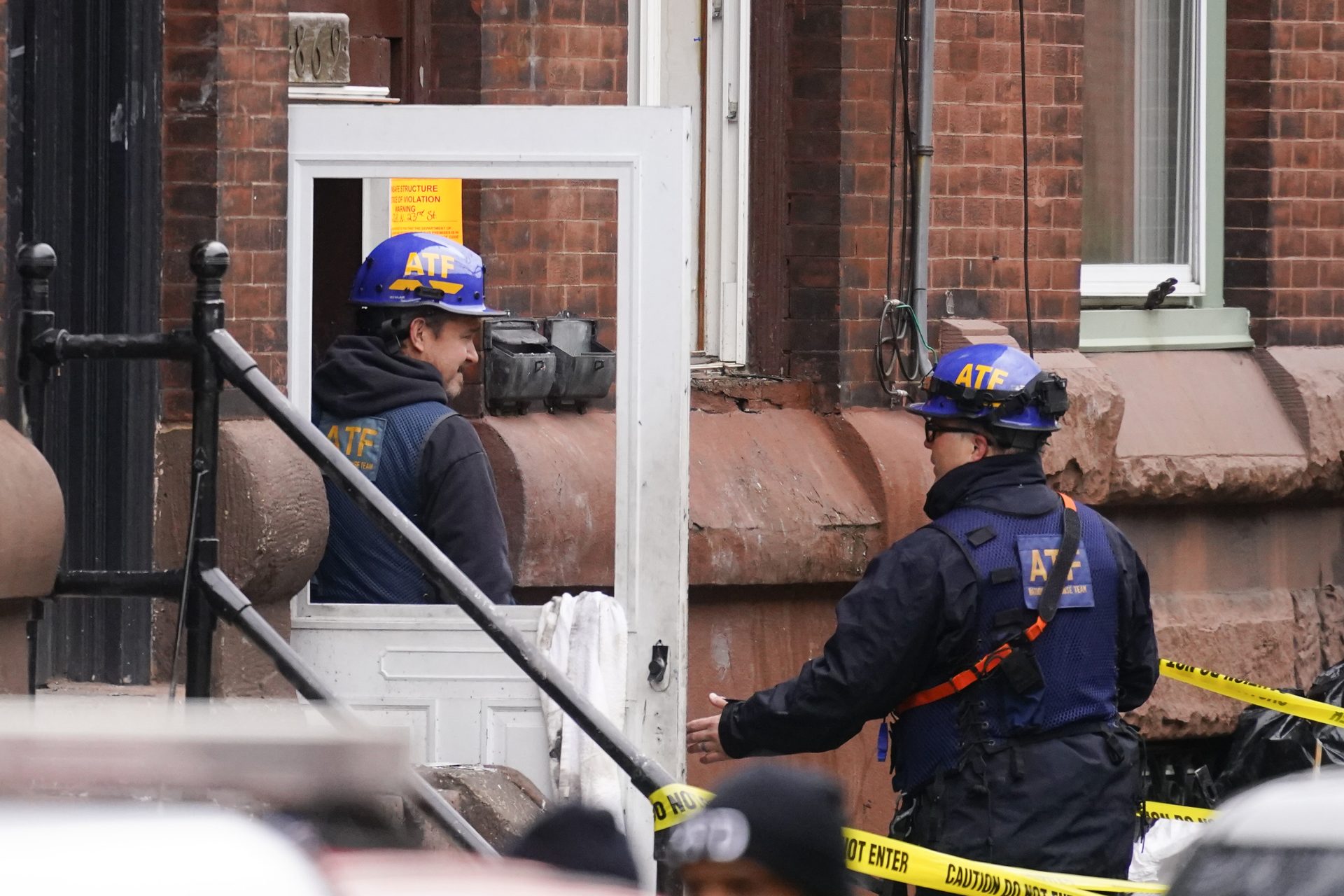 Investigators gather near the entrance to the building of Wednesday’s fatal fire in the Fairmount neighborhood of Philadelphia, Thursday, Jan. 6, 2022. Officials say it’s the city’s deadliest single fire in at least a century. (AP Photo/Matt Rourke)

The three-story brick duplex was owned by the Philadelphia Housing Authority, which is the city’s public housing agency and the state’s biggest landlord.

Housing officials said last week that the building, which had a separate lower unit, had 13 tamper-resistant, 10-year detectors, all of which were operational during the last inspection in May 2021.

Three sisters — Rosalee McDonald, Virginia Thomas and Quinsha White — and nine of their children died in the blaze, according to family members. The blaze was the deadliest fire in Philadelphia in more than a century.

As many as 18 people lived or stayed in the unit at various time.

Fires involving Christmas trees are much more likely to be fatal than other types of house fires, according to the National Fire Protection Association, a nonprofit safety group. Christmas trees are the cause of about 160 fires per year, causing two deaths annually and $10 million in property damage, the group said.

Wednesday’s blaze had been the deadliest fire in years at a U.S. residential building but was surpassed Sunday by a fire in a high-rise in New York City’s Bronx borough that killed 17 people, including several children.

Flames damaged only a small part of that 19-story building in the Bronx, but smoke poured through the building after tenants fleeing the unit where the blaze began left the apartment door open behind them in their hurry to escape, officials said.

Before the Philadelphia blaze, the Bronx had also held the distinction for a recent deadly fire, one that killed 13 people, according to data from the National Fire Protection Association. That fire started after a 3-year-old boy was playing with stove burners.