Shown is the Philadelphia Corporation for Aging building in Philadelphia, Wednesday, Dec. 22, 2021. Gov. Tom Wolf's administration has taken the extraordinary step of marshaling state employees to handle investigations for the Philadelphia nonprofit struggling to hire enough caseworkers to field allegations of the neglect or abuse of older people. (AP Photo/Matt Rourke) 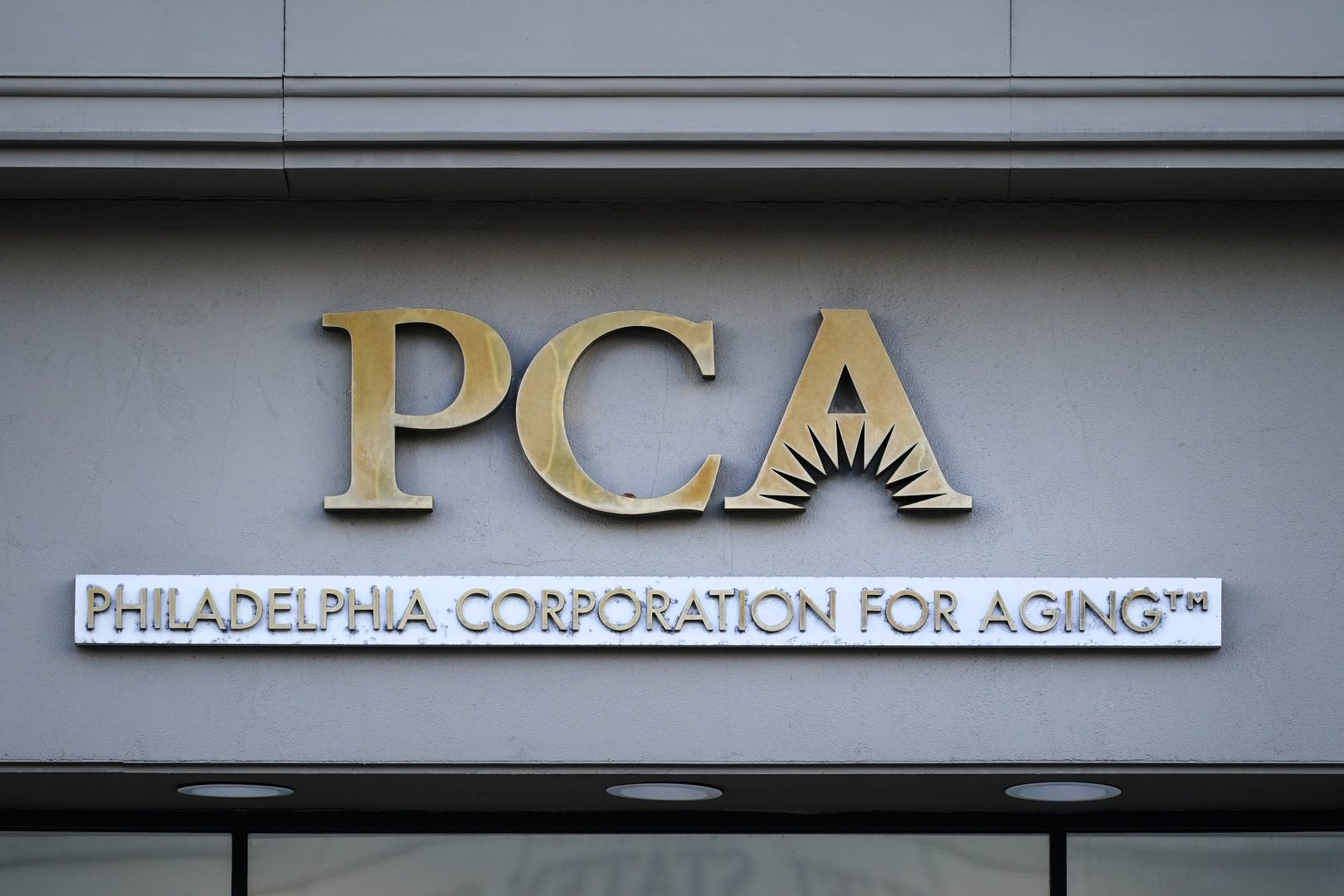 Shown is the Philadelphia Corporation for Aging building in Philadelphia, Wednesday, Dec. 22, 2021. Gov. Tom Wolf's administration has taken the extraordinary step of marshaling state employees to handle investigations for the Philadelphia nonprofit struggling to hire enough caseworkers to field allegations of the neglect or abuse of older people. (AP Photo/Matt Rourke)

(Harrisburg) — Gov. Tom Wolf’s administration has taken the extraordinary step of marshaling state employees to handle investigations for a Philadelphia nonprofit struggling to hire enough caseworkers to field allegations of the neglect or abuse of older people.

Secretary of Aging Robert Torres took that step over the summer, after Department of Aging staff raised an alarm internally about how Philadelphia was handling cases. The Associated Press asked about the assignment of state employees to aid the nonprofit Philadelphia Corporation for Aging after reviewing internal department emails received through an open records request.

Although the latest state data still has some errors, the nonprofit likely has not been complying with state laws that require caseworkers to promptly see potential victims, limit workers’ case loads and set deadlines to resolve cases, according to state officials and data provided by the Department of Aging to the AP earlier this month.

“I think we have an obligation to help them out, and we’re making some progress, but not progress that any one of us, especially myself, is satisfied with because obviously we need to move at a quicker pace,” Torres told the AP in an interview last week.

In August, Torres ordered improvements at the Philadelphia nonprofit, citing three particular cases where state inspectors were worried that caseworkers had not adequately helped people in dire need.

Neither Torres, his agency nor the Philadelphia Corporation for Aging has been willing to disclose any details about those cases, including whether those people lived or died.

Besides mandating changes, Torres assigned six state employees to help the Philadelphia nonprofit, apart from their normal duties of monitoring how county-level agencies handle allegations of neglect or abuse.

The employees have taken on more than 420 cases over four months in Philadelphia, according to the state Department of Aging. As a result, routine duties of monitoring other counties are being put off.

Another five state Department of Aging staff are helping the Philadelphia nonprofit with other tasks, the department said.

The Philadelphia Corporation for Aging is one of 52 local agencies across Pennsylvania, some of which are county-run while others are nonprofits that have state contracts to carry out what are called “protective services” cases for people 60 and over.

Most calls involve an elderly person who lives alone or with a family member or caregiver. Poverty is often a factor.

The Department of Aging discloses little about what it knows about how county agencies may not be meeting standards, and it answers to no other agency.

Many of the county-level agencies have seen the pandemic worsen long-term difficulties in hiring and retaining caseworkers, but Philadelphia’s situation is particularly acute.

The Philadelphia Corporation for Aging itself isn’t answering questions about its caseworker ranks, turnover and salary, or its number of open cases.

All a nonprofit spokesperson was willing to say Friday in an emailed statement was that, at its peak, 60% of its investigator positions were vacant. It has now narrowed that to 22%, the spokesperson said.

The Philadelphia nonprofit has also hired a contractor for support and protective services workers from other counties to help on a part-time basis, the department said.

Cases are supposed to be closed within 20 days, but data in the state’s case management system showed an eye-popping 3,100 open cases in Philadelphia, according to the Department of Aging. Torres cautioned that, in some of those cases, people have been connected with service providers and caseworkers simply aren’t updating that information in the system.

The Philadelphia nonprofit also is falling far short of meeting the state law when it comes to seeing a potential victim within 24 hours of a case being classified as an emergency or a priority, according to state data. The Department of Aging cautioned that some of the entries were incorrect, and were missing information like a date for when the call was taken or when a face-to-face meeting was conducted.

Torres has thus far defended the Philadelphia nonprofit, saying it had an “almost a perfect storm of vacancies” and turnover in its brass amid the pandemic.

Torres, however, could not give a time frame for when Philadelphia must stand on its own — or face losing the state’s contract. The priority is hiring more caseworkers, and trying new strategies to find eligible applicants, Torres said.

“So I would like to tell you I’d like to see this done within the next three months,” Torres said. “I mean, I’m sure it’s something that it can’t happen fast enough to my satisfaction. But there’s some practical realities that we’re dealing with here. That’s why it makes it hard for me to tell you in three months, this is going to happen or the contract is going to be gone.”

But, he said, at some point “if performance doesn’t improve, then I think there’s going to be a different conversation.”