A man rests his head on his arms in a heroin encampment in a vacant lot on Kensington Avenue on May 4, 2018. The encampment was later cleared out by the city.

Opioid settlement: Here’s how much money Pa. counties would see

Counties will have broad authority to decide where the money goes. 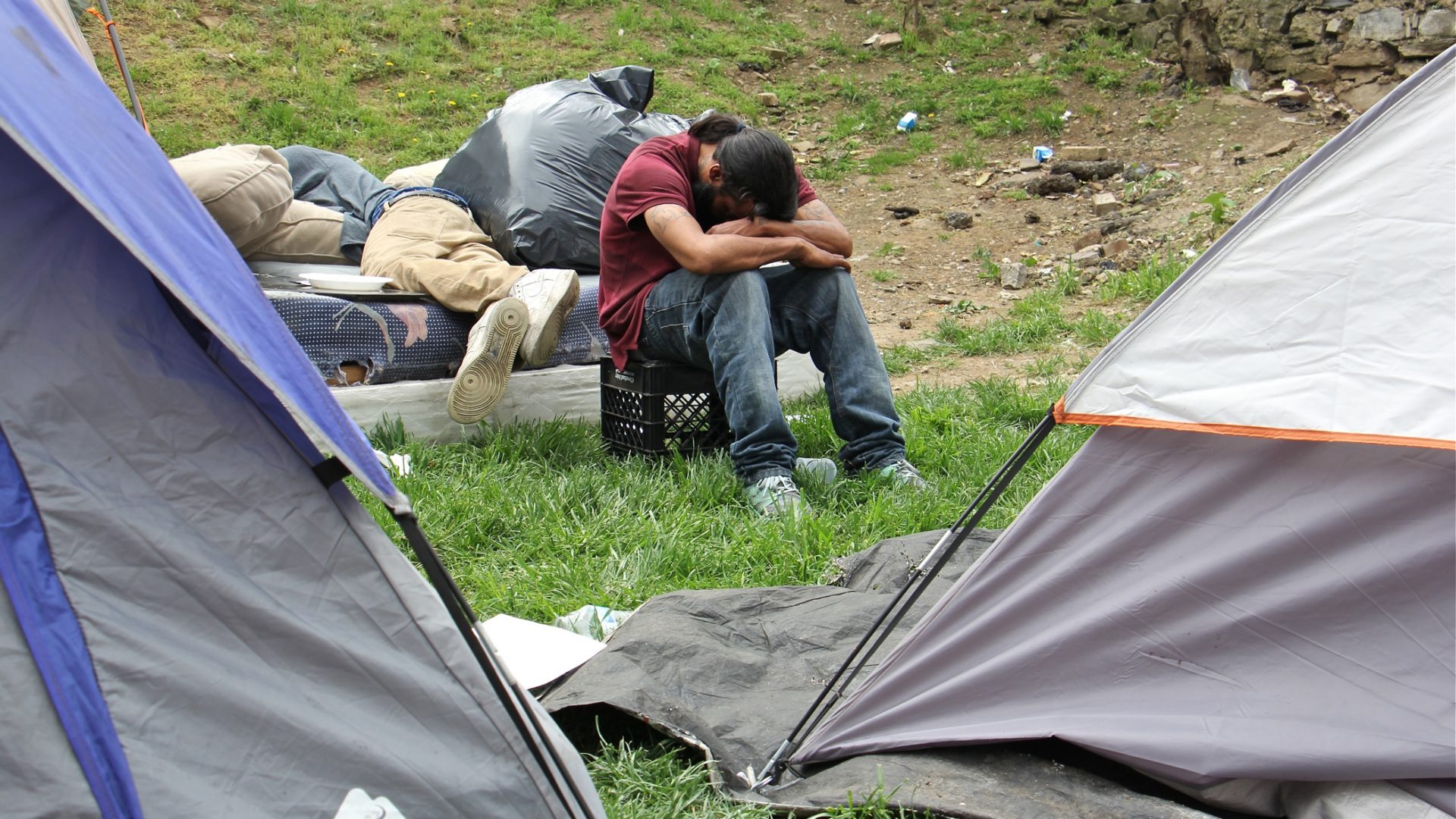 A man rests his head on his arms in a heroin encampment in a vacant lot on Kensington Avenue on May 4, 2018. The encampment was later cleared out by the city.

(Harrisburg) — Pennsylvania counties are expected by Jan. 2 to decide whether to join a $26 billion settlement with four companies that distributed or made some of the prescription drugs that fueled the deadly opioid crisis.

Over the next 18 years, the commonwealth could see as much as $1 billion of that money, according to terms of the multi-state settlement with Cardinal Health, McKesson, AmerisourceBergen and Johnson & Johnson. That includes as much as $232 million in 2022.

Seventy percent of the funds are slated to go to county authorities. Counties that sign the settlement agreement could get an infusion of money by April intended to be used to help prevent opioid addiction and assist those living with it.

In Dauphin County, that amounts to $2.6 million in 2022, according to a WITF analysis of data from the Pennsylvania Office of Attorney General. Over 18 years, the county would get nearly $11.3 million.

Dauphin County Commissioners signed the settlement last Wednesday, according to county spokesman Brett Hambright. It’s “too early to say for certain” precisely where the funds will be spent, Hambright said.

York County officials also signed the agreement, according to a county solicitor’s office staffer who declined to say how funds may be spent. York County would receive $4.1 million in 2022 and $17.9 million over 18 years.

“We understand there are certain defined categories for which it can be used,” Parsons said. Decisions on how to spend the money “have not been made yet as it is still early in the process and it is not yet clear when the funds will arrive.”

“We will be having further public discussions at our public meetings as we get more detail,” Parsons said. “We certainly will look for input from the public and community stakeholders.”

Counties can decide who is in charge of the funds, and have broad authority on how to spend them, said Pennsylvania Executive Deputy Attorney General James Donahue. However, the money must go toward approved uses.

“That’s their responsibility, and ultimately they have to answer to their community about where they spend that money,” Donahue said. 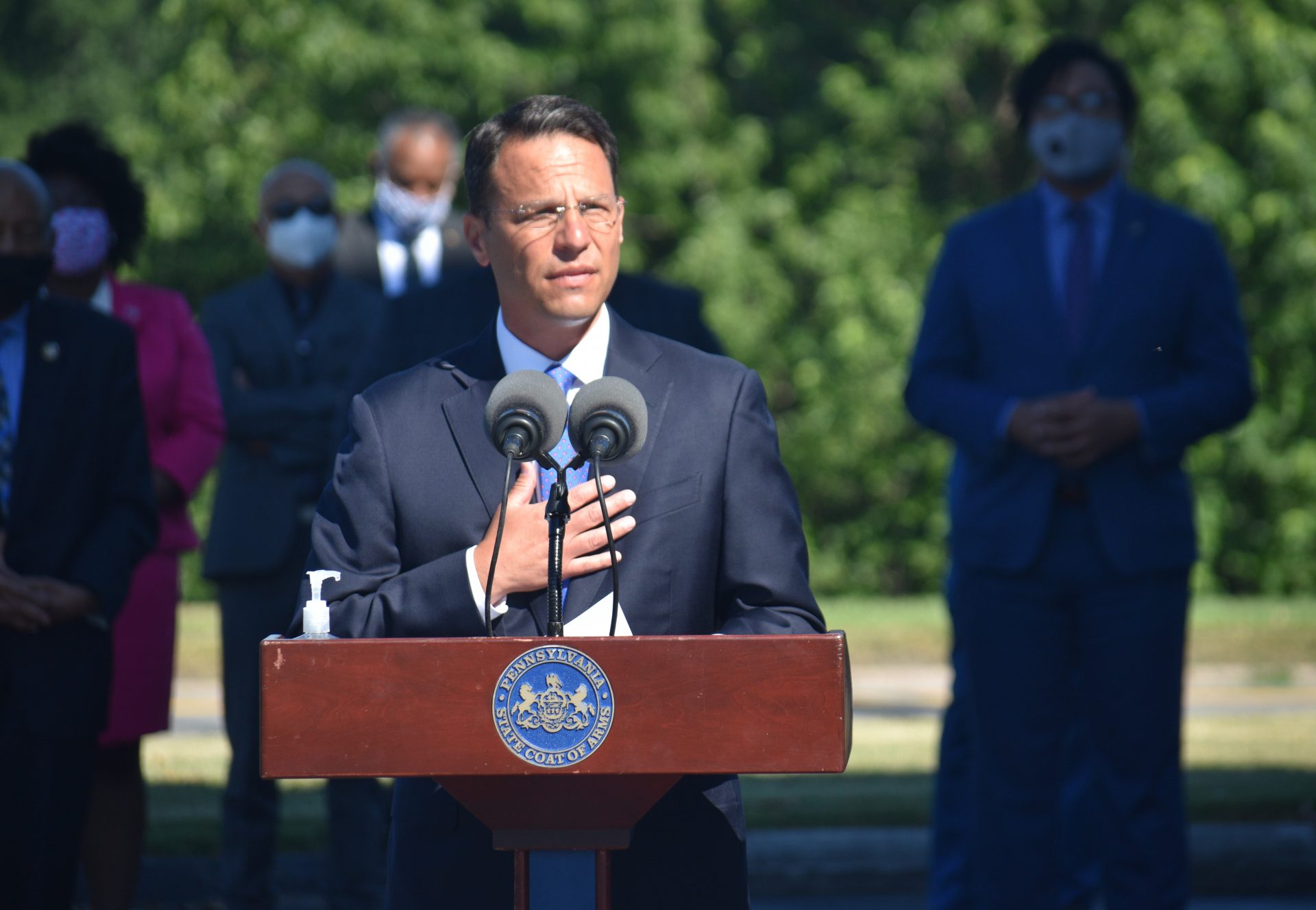 Medication assisted treatment, the overdose-reversing drug naloxone and services for pregnant women and new mothers living with opioid use disorder are a few of the approved uses for the money laid out in the settlement.

Prisons are also approved to get funding to provide treatment for people with opioid use disorder, potentially paying for expensive trips to hospital emergency departments. Like many of the approved uses, this one stemmed from feedback from county commissioners, Donahue said.

“They were facing very large expenses where somebody commits a crime, it’s a drug related crime, they get into the county prison, and they either are in the throes of an overdose or they begin suffering withdrawal,” Donahue said.

A 13-person board of trustees will review how counties use the money, Donahue said. If county officials were to misuse the money or fail to report how it was spent, the board could penalize them by withholding funds in subsequent years.

When it comes to helping people with addiction, giving money directly to counties is potentially both “a blessing and a curse,” according to public health scholar Joshua Sharfstein.

“So the blessing part is that counties have a really good sense of the problem that they’re facing, and can target resources to programs, to needs, to populations that really need help,” said Sharfstein, who is vice dean of the Johns Hopkins University Bloomberg School of Public Health.

The potential “curse,” he said, is that counties are subject to the winds of politics — and county leaders can end up using the money on things that may be politically popular but that don’t fit with best practices.

This is something that happened on the state level with the massive tobacco lawsuits of the 1980s, Sharfstein noted. Money that was supposed to help people affected by cigarette smoking went to paving roads and other unrelated purposes in some states.

Sharfstein said he hopes counties around the U.S. will follow five recommendations proposed by a panel of groups that study addiction:

“Spend the money to save lives — don’t bank it or pay yourself back,” Sharfstein said. “Use evidence to guide the spending. Invest in youth prevention for tomorrow. Focus on racial equity because of some of the injustices of the past. And finally, develop a fair and transparent process for deciding where to spend the funding.”

Philadelphia is estimated to get $161 million over 18 years, according to the Attorney General’s Office. Philadelphia District Attorney Larry Krasner said that, given the damage opioid addiction has done, that is not nearly enough.

He compared it to the tobacco companies settlement of the 1980s, which he said would be $500 billion if it were adjusted for inflation today. In contrast, the opioid settlement is less than 18% of that amount.

The Attorney General’s office has noted that there is no guarantee of money ever reaching communities that file their own lawsuits.

Krasner has sued the attorney general in what’s known as a “dec action” or declaratory judgment — making the case that his office has the independent right to file consumer protection actions against the companies, separate from anything the state does.

“We brought a legal action to make it clear we have an independent right to pursue remedies,” he said.

Fifteen percent of the $1 billion will go to the state. Another 15% is set aside for counties or towns that pursued legal actions against the four companies. This analysis does not include that money. For example, York County is set to receive a nearly $3 million allocation from this fund. That is separate from the estimated $18 million it gets through the 70% allocation.

The $700 million fund is divided among counties based on a formula that includes overdose deaths, opioid-related hospitalizations, an estimate of how many opioids were prescribed and and how many times the overdose-reversing drug naloxone was administered.

These numbers in the map below are projections based on Office of Attorney General data and analysis of that data.

This analysis does not subtract funds that will be deducted for attorney’s fees — estimated to be about 6.6% or $70 million.

Each county would get a minimum of $1 million.