Pennsylvania’s congressional map is drawn by the 253-member General Assembly and must be approved by the governor.

The map approval process drew criticism from fair district advocates, Democrats, and at least one Republican, who said there was no need to act before additional public input. 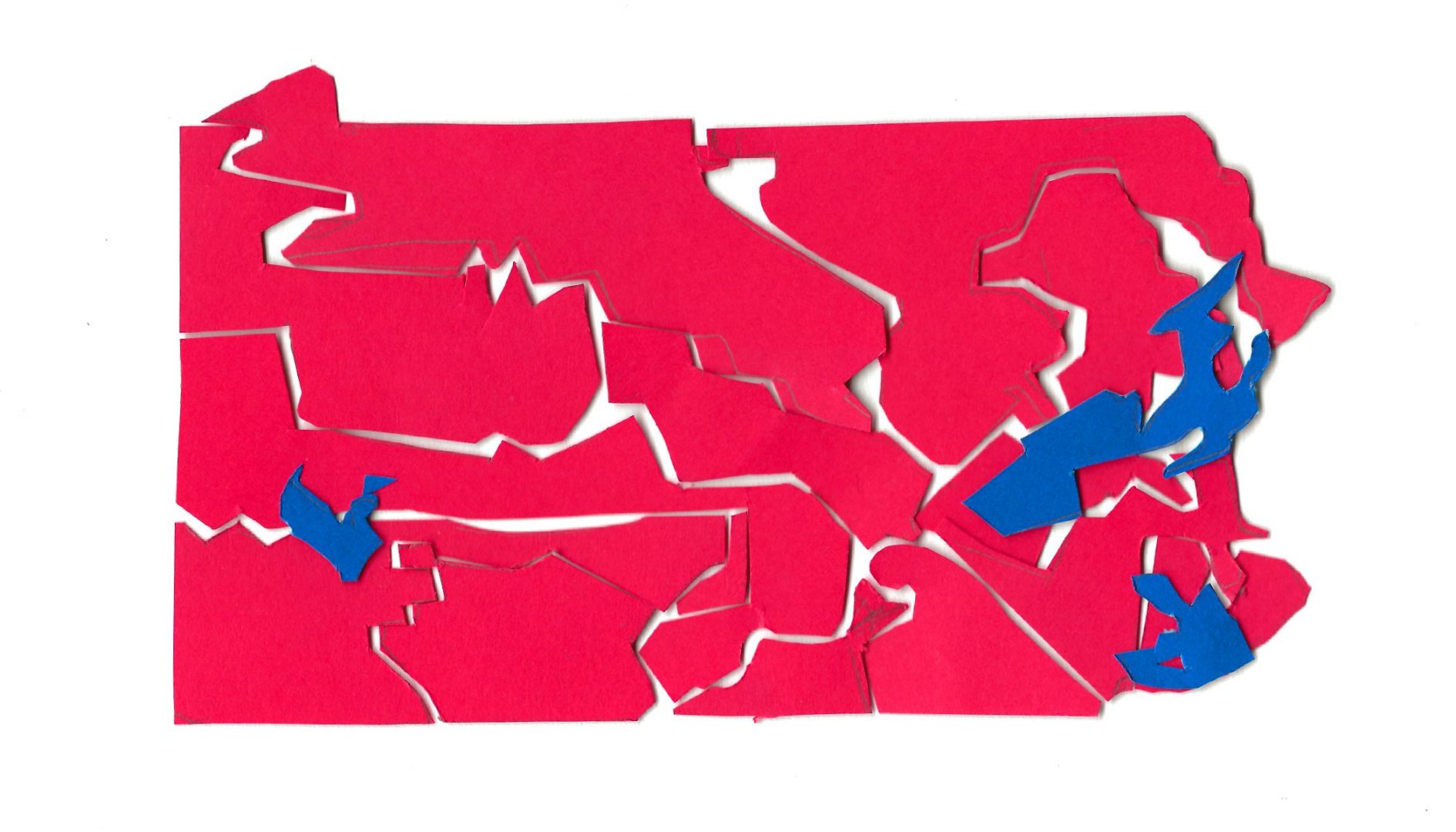 Pennsylvania’s congressional map is drawn by the 253-member General Assembly and must be approved by the governor.

(Harrisburg) — A key House panel Wednesday approved an amended version of its proposed new map for Pennsylvania’s congressional districts prior to releasing data allowing the public to analyze it, drawing criticism from Democrats and at least one Republican.

State Rep. Seth Grove (R., York), who chairs the State Government Committee, said his party’s redrawn version retained 95% of the population it had presented in the original map, which was drawn by Amanda Holt, a former county commissioner and GOP redistricting advocate.

Republicans also countered that this was hardly the final step in the process.

But without the underlying files and data prior to the vote, it’s not yet clear if or how the changes alter what would likely be the primary sticking point of their proposal: That it clearly favors their own party. A map must be approved in the full House and Senate and then go to Democratic Gov. Tom Wolf.

Grove said that data would be available after the vote. It can now be viewed here.

Rep. Ryan Mackenzie, (R., Berks), said moving the map so quickly out of committee opened the possibility that it could be fast-tracked in the full House without further amendments.

“And I think that would be a disservice to at least hearing what those public comments are that are going to be coming back,” Mackenzie said.

Democrats on the committee agreed, stating that they were excluded from the process and still don’t know why Holt’s map was selected out of the other 19 maps submitted.

Grove said the amended map, approved by a vote of 14-11, was changed to reflect criticism from fair district advocates regarding its compactness. Holt, who first gained acclaim as a redistricting reform activist in 2012, drew her map with two primary principles: districts with identical population sizes, and keeping all voting precincts together.

An initial comparison of the two maps shows that Dauphin County is now split between three districts rather than two. And districts in southeastern Pennsylvania are more compact, including those that encompass Delaware, Chester, and York Counties. Grove claims that the 2nd and 3rd Districts, which make up most of Philadelphia County, have been adjusted to increase the voting age population of minority communities. And Fulton and Tioga Counties are kept intact.

The map also appears to accommodate the concerns of Republicans on the committee who criticized Holt’s map during a public comment forum last week.

During that meeting, Reps. Lou Schmitt (R., Blair) and Russ Diamond (R., Lebanon) both objected to how Holt’s map split counties within their districts. Both counties are whole in the amended map.

Carol Kuniholm — the chairperson of Fair Districts PA, a group that advocates for a transparent redistricting process — said she hasn’t noticed any obvious changes in the amended map that would address advocates’ concerns of keeping communities of color together. Kuniholm was also critical of how the House panel has run the process and its lack of communication with the public.

“In the past, they would release a PDF at the last minute and think that was enough. Those days are gone,” Kuniholm said. “They need to understand that to release a PDF is not acceptable. It needs to be on a platform where people can really look at it, analyze it, understand what’s going on because we know that they are doing that.”