How Pa. Latinos describe themselves is ‘ever-changing’ and ‘fluid’

A recent study shows ‘Hispanic’ is most popular, ‘LatinX’ is least popular. 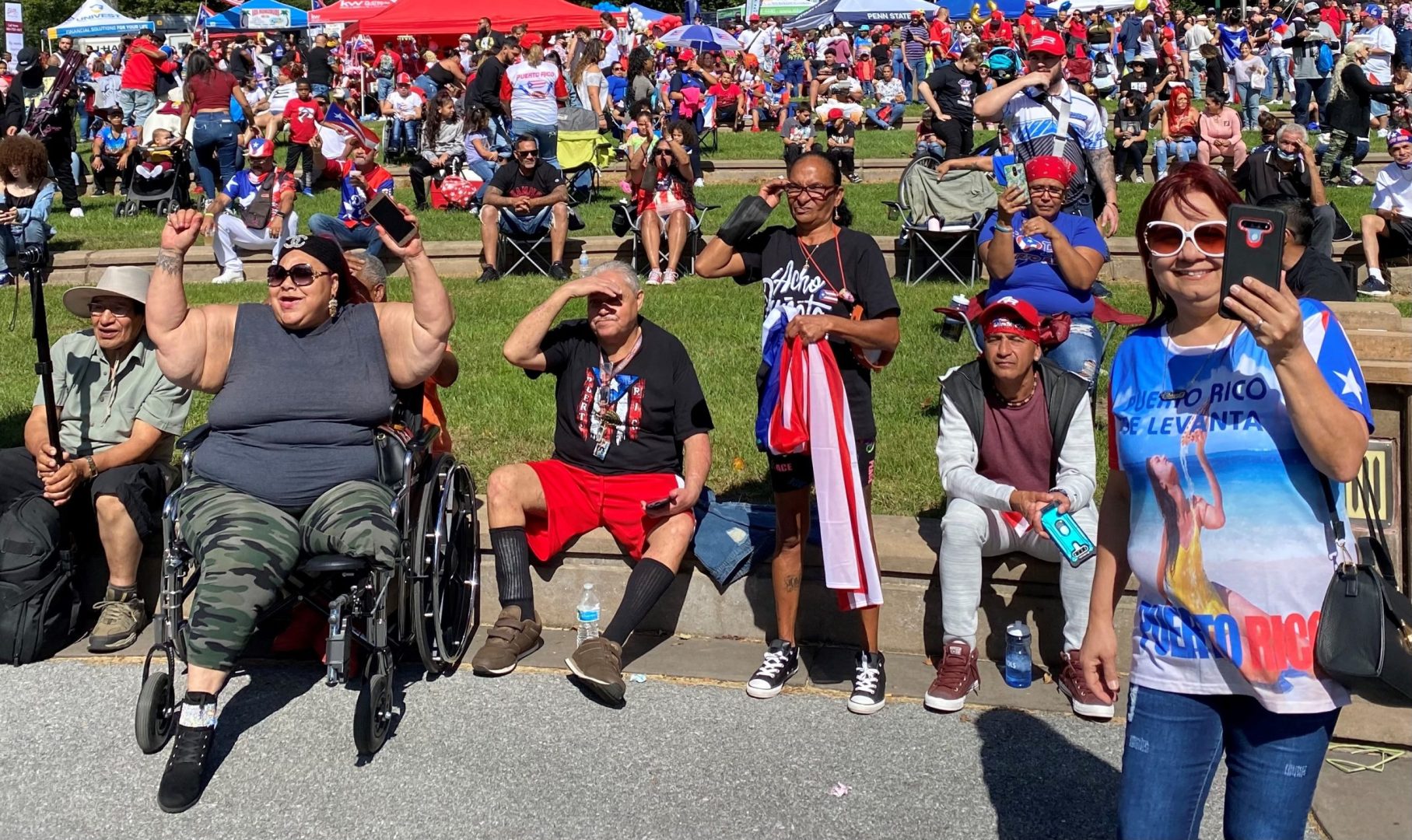 (Reading) — After finishing lunch at the bustling Mi Casa Su Casa in downtown Reading, Maria Rivera pondered on how she identifies her ethnicity and heritage.

“Okay, this is what I say, I say, ‘I was born here in the United States, my parents were Puerto Ricans,’” Rivera, 54, said with a smile. “So, I am American with Puerto Rican parents.”

Some people would call her Latinx — a label meant to refer people of Latin American heritage without using the gender-based terms Latino and Latina. But studies are showing that Latinx doesn’t mean much to people in the community. 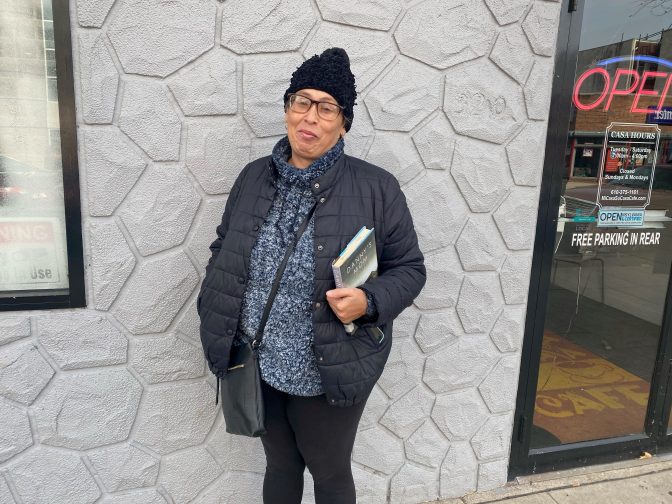 Rivera said she’s unfamiliar with the term, but said it isn’t anything to get mad over.

“Well, I know I’m Latina; it has to be something with Latino,” Rivera said shrugging. “So, I will not be offended.”

Rivera, like most Latinos, does not use the term Latinx when describing her community. But her response shows how terms for the ethnicity are constantly evolving and often change depending on the setting.

A new nationwide study of 800 Latino voters by public opinion firm Bendixen and Amandi International gives insight into which terms the community prefers.

Only two percent of people of Latin American heritage said the term “LatinX” best describes their ethnicity. Adults under the age of 30 are most likely to identify with the term.

40 percent of those polled said the term bothers them to some degree or offends them.

Félix Peña, a writing tutor in Berks, said he disagrees with the use of the term. He said it does not solve the actual issue at hand: mistreatment based on gender identity.

“The problem isn’t gender: It’s how people use gender to suppress others,” Peña, who was educated as a social anthropologist, said in Spanish. “It applies elsewhere: Black people are still Black, but in English they were “Negroes,” “colored,” “Afro-American,” “Black,” “African American” — and the racists keep [messing with] them, regardless of the word which is in fashion.”

Peña, 71, is a retired journalist who reported on and for the Berks Spanish-speaking community. When working in Spanish, the issue of using Latinx takes on layers, Peña said.

Spanish words for groups of both genders can be either masculine or feminine such as “la gente Latina” (Latin people) can also be reworded to “los Latinos” (the Latinos).

“‘Latinx’ does nothing but disguise, mislead,” Peña said.

Valentina Rosario is with the queer social justice organization Galaei in Philadelphia. She said the term LatinX is meant to be include the LGBT community such as trans, nonbinary and gender nonconforming people.

But she said that that there is even push back against the term LatinX within the queer Spanish-speaking community, saying some feel like it has been imposed on them.

“It comes to a question, like, ‘Why does America choose what [terms] are being used,  especially when it comes to Spanish-speaking countries,’” Rosario said. “That’s why I say, ‘Latine,’ I know that that one’s more popular among queer people from Latin American countries.” 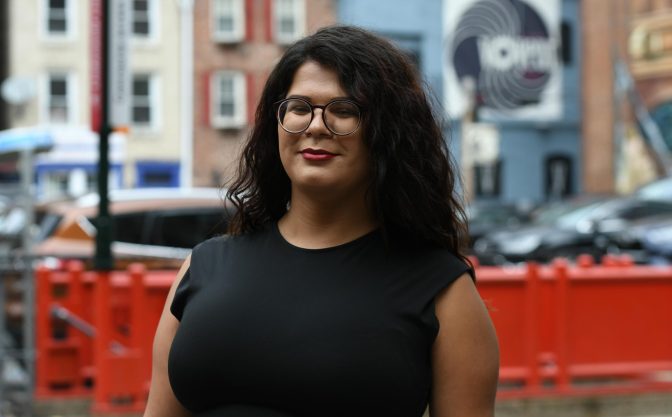 Latine serves the same purpose of LatinX but can be used more naturally in the Spanish language, some have said.

But, Rosario said, the language she uses changes with her surroundings.

“So I, myself, don’t even have a clear ‘this-is-exactly-what-I-use’ because it’s ever-changing,” she said. “It’s fluid.”

Although there is one term Rosario definitely does not use.

“I don’t use Hispanic because that’s very Eurocentric,” Rosario said. “We’re talking about European people, and how important it is for White folks to constantly be present in Black and Brown cultures.”

Hispanic denotes heritage in places where Spanish is used. Some feel the term is too rooted in the colonization of the western hemisphere.

Michael Toledo, president and CEO of the Centro Hispano Daniel Torres in Reading, said his organization is trying to be mindful about cultural shifts in the community.

“We are actually going through some strategic planning right now and taking a look at all aspects of our mission, our programming, and the name has come up,” Toledo said. “Are we at a point now where we maybe want to look at changing the name?”

But Toledo said the universal familiarity of the term Hispanic is an asset, though it may not reflect Centro’s openness to help people of all races and ethnicities. 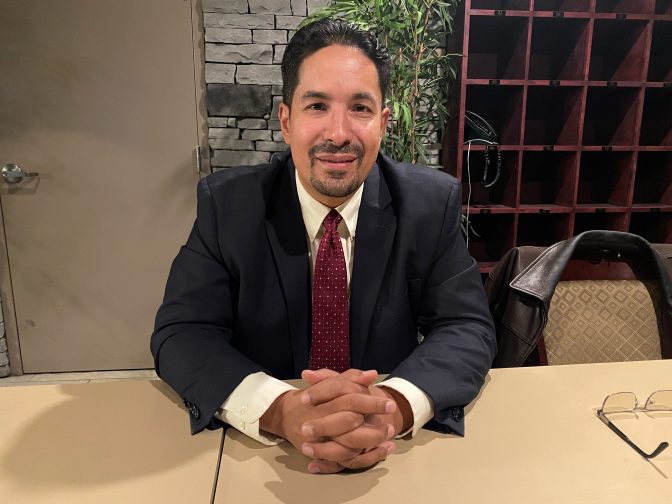 Michael Toledo is the CEO and president of Centro Hispano Daniel Torres in Reading.

Toledo and Rosario said many people simply identify with their nationality or foreign lineage.

“I think more times than not, if you ask individuals about their ethnic background, before they say Latino or LatinX, they will tell you, ‘I’m Dominican, I’m Mexican, I’m Puerto Rican,’’ Toledo said. “That’s a source of pride in our community.”

Diana Robinson is the civic engagement director for Make The Road Pennsylvania, which describes itself as a group “building power for justice in Latinx communities.”

Robinson said she has not directly heard strong pushback to the word LatinX. 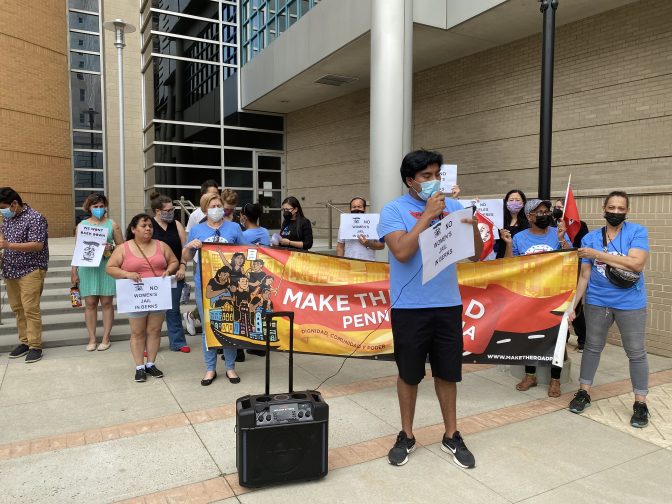 But she, too, said it is hard to fit such a diverse group into a single box. So she and Make The Road try to be as inclusive as possible.

“We hold so many identities and intersections within ourselves, that one term may not be able to hold,” Robinson said.

For those who are willing to use the term LatinX, such as Robinson and Rosario, they say emerging terms should not work as a litmus test for sensitivity or be forced onto anyone.

Editor’s note: WITF uses the term Latino in accordance with Associated Press style and for its inclusion of people whose heritage is connected to non-Spanish-speaking Latin American regions and cultures.