FILE PHOTO: An immigration detainee sits in a room to use a telephone inside the Winn Correctional Center, in Winnfield, La., in this Sept. 26, 2019 file photo. A new ICE center will open in Pennsylvania by the end of the year.

The move comes after the York County prison ended a contract with Immigration and Customs Enforcement in August.

(State College) — A new federal immigration detention center will open in Clearfield County, after the York County prison ended a contract with Immigration and Customs Enforcement in August.

Clearfield County Board of Commissioners approved and signed a five-year contract with Immigration and Customs Enforcement and the GEO group on Tuesday. GEO group, a private company that ran the former Moshannon Valley Correctional Center and owns the facility in Philipsburg, will turn the location into a detention and processing center for people who violate federal immigration laws.

Moshannon Valley Correctional Center was a federal prison that closed in March. The closure resulted in nearly 300 jobs lost, a hard hit for the already economically disadvantaged area.

Commissioner John Sobel said many former employees have the qualifications and clearances to work in the new operation. He said the opportunity to restore “well-paying, family sustaining jobs” especially matters in the rural county.

“The signing of the contract guarantees now that property tax revenues will continue to come to Clearfield County, Decatur Township and the Philipsburg-Osceola School District,” Sobel said. 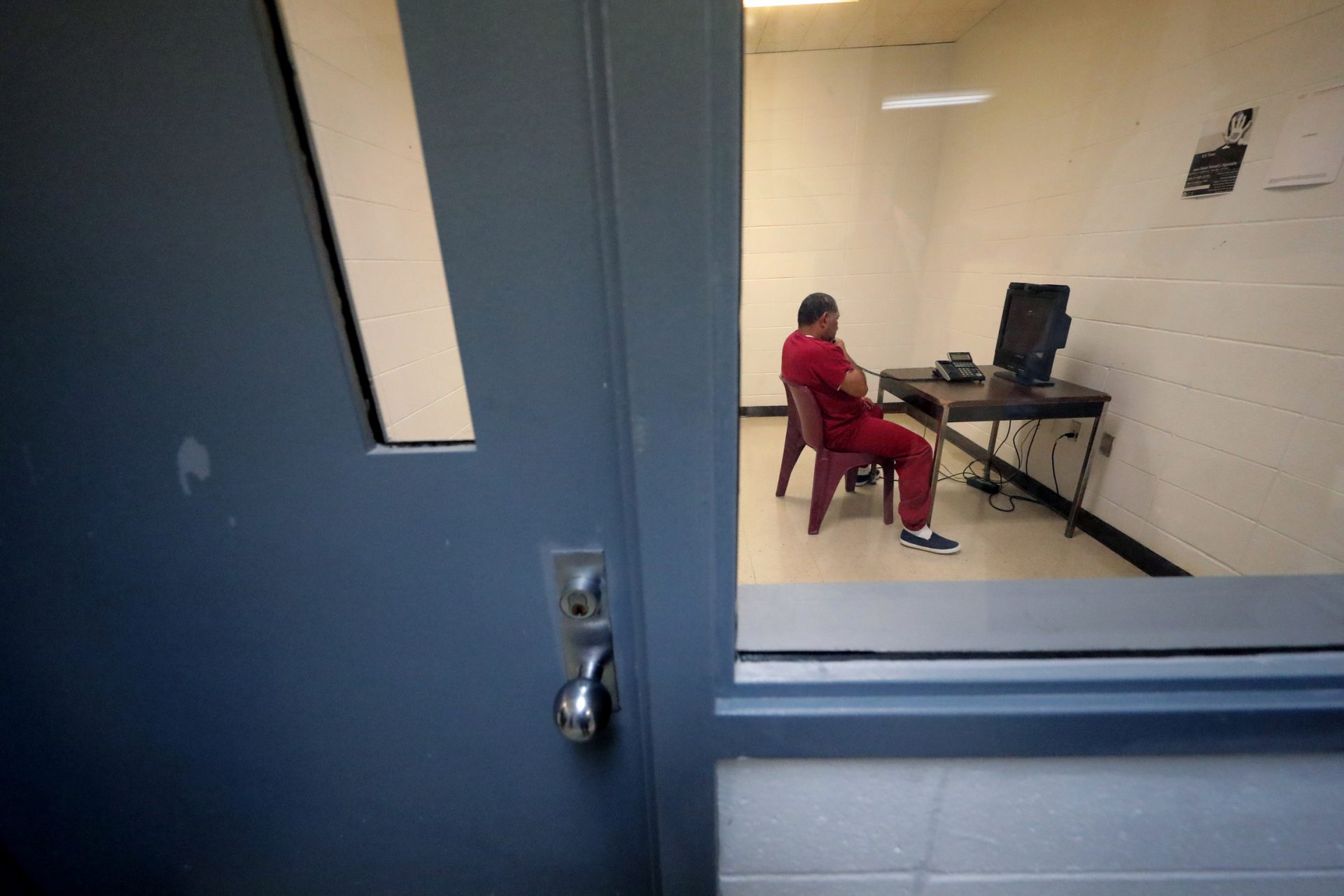 FILE PHOTO: An immigration detainee sits in a room to use a telephone inside the Winn Correctional Center, in Winnfield, La., in this Sept. 26, 2019 file photo. The number of detainees nationwide has more than doubled since the end of February 2021, to nearly 27,000, according to recent data from U.S. Immigration and Customs Enforcement.

There have been concerns from residents regarding the safety of the new facility. Sobel said the GEO group, which will be responsible for the center’s operations, is in the process of upgrading its perimeter and will provide transportation for immigrants who are released to where they may have connections.

“A lot of the folks that will be there, that will go through the processing center, will be there because they’re in violation of federal immigration laws, but they won’t necessarily have committed a criminal act… that would have caused them to be in the old prison,” he said.

The facility could hold up to about 1,900 detainees, but no more than 800 are expected initially because of COVID-19 safety rules.

Unlike in York County, where immigrant detainees and the incarcerated were in the same facility, the Clearfield location will only house immigrants.

It will open by the end of the year.