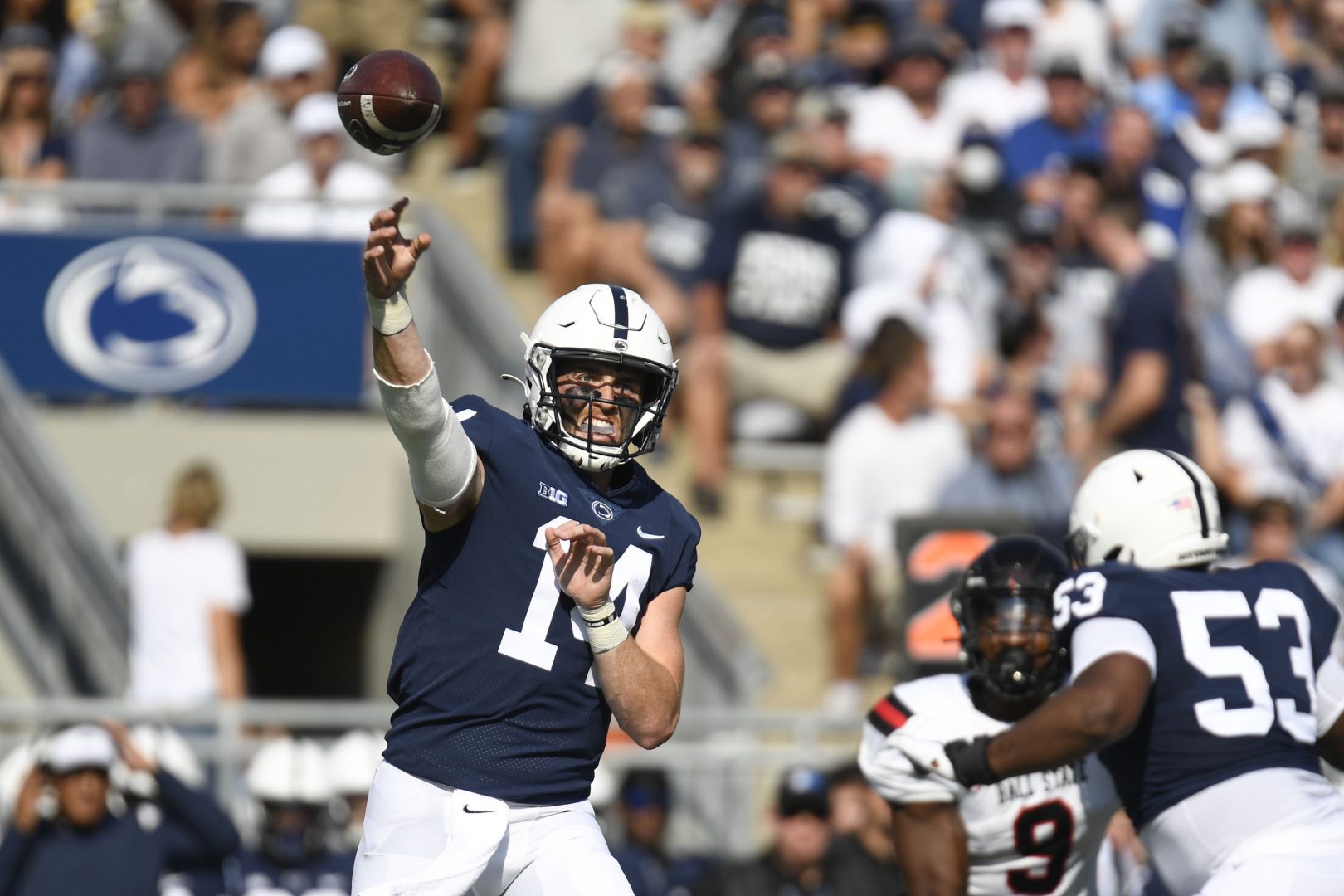 (State College)  — When Penn State hired Mike Yurcich to be its new offensive coordinator, the team’s backs and receivers were ecstatic.

They knew there likely would be a lot of opportunities for all of them to make plays. The No. 11 Nittany Lions’ 44-13 win against Ball State on Saturday was the showcase they had in mind.

Sean Clifford completed 21 of 29 passes for 230 yards, ran for a touchdown and threw for another on an afternoon that saw seven different players contribute scoring plays and 14 more touch the ball for an offense that rang up 493 total yards.

“That’s going to be a common theme,” Clifford said with a grin. “The more guys that get touches the better, especially early in the year.”

Penn State scored on four of five first-half possessions, led 24-6 at halftime, and played suffocating defense. It was the kind of start the Nittany Lions wanted, especially as they welcomed back nearly 106,000 fans to Beaver Stadium for the first time since 2019.

The diehards didn’t have to wait long for Penn State to score.

Cain scored on a 5-yard run to cap a 13-play opening drive. Clifford dove into the end zone from a yard out on Penn State’s next possession to make it 14-0 less than 10 minutes in.

After a pair of three-and-outs, the Cardinals got on the board on Jake Chanove’s 24-yard field goal. He added a 23-yarder as time expired in the first half.

Penn State’s defense all but shut the door in the second. The Nittany Lions held the Cardinals to just 142 yards and forced a pair of turnovers.

The Cardinals (1-1) crossed midfield just twice in the second half. They were able to capitalize in the fourth quarter with Carson Steele’s 5-yard run.

Ball State quarterback Drew Plitt completed 25 of 39 passes for 176 yards with two interceptions. He was replaced by John Paddock in the fourth quarter.

“The most disappointing part, I think, on my end right now as soon as the game is over is just some of the opportunities that we did have,” Ball State coach Mike Neu said. “We didn’t make some plays when there were some available plays to be made.”