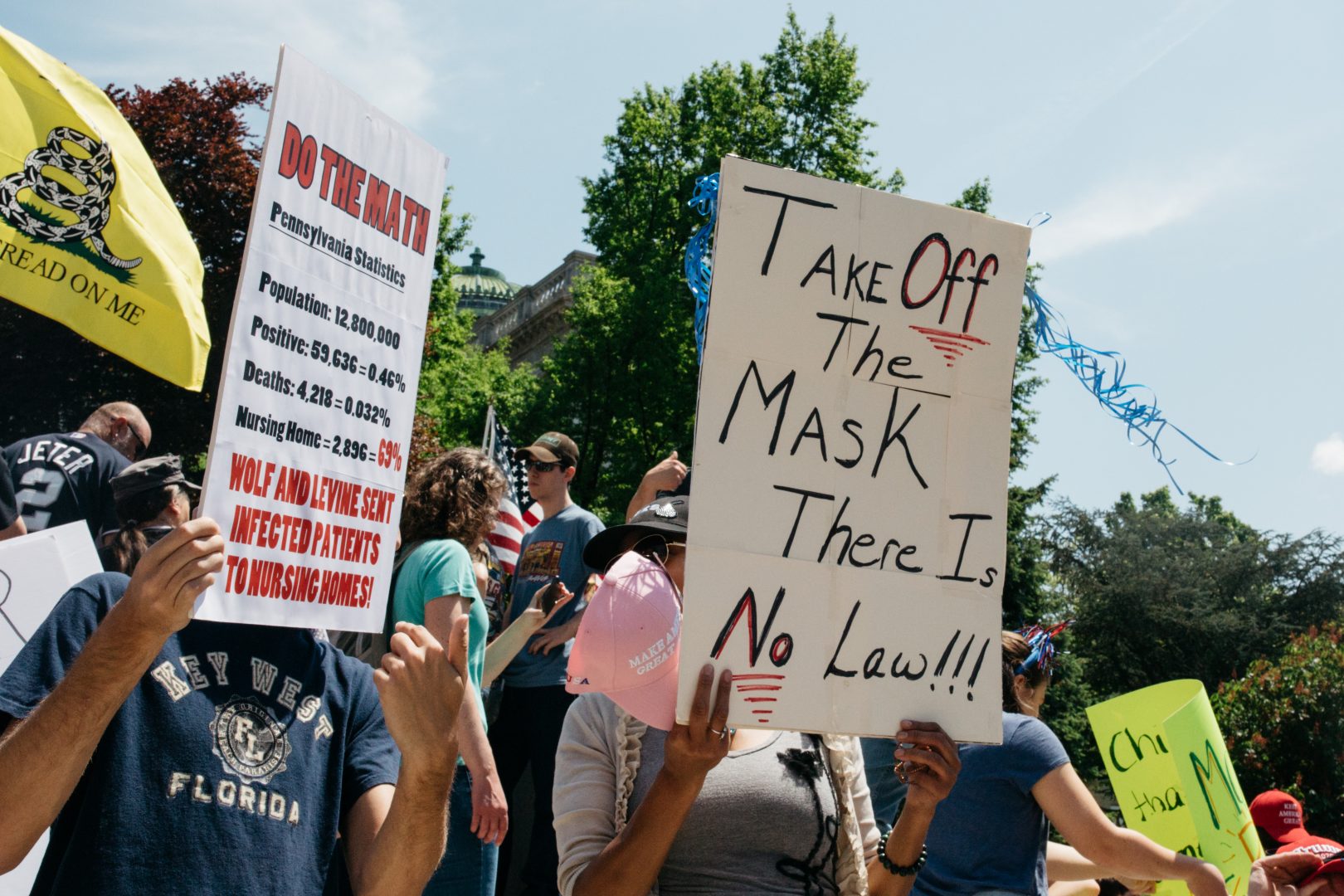 (Harrisburg) — Pennsylvania’s Republican-controlled House of Representatives is mulling a legislative challenge to the Wolf administration’s latest mask mandate for schools. A group of state senators, meanwhile, is readying a bill to change the state’s constitution to prevent those mandates.

Students, teachers, visitors and other people entering school and child care environments had to start masking up on Tuesday, per an order handed down by Health Secretary Dr. Alison Beam late last month.

Since then, House GOP spokesperson Jason Gottesman said the caucus has been fielding calls from school administrators and parents who oppose it. Some of those administrators, he said, wanted to make masks optional in their districts before Beam handed down her order.

Gottesman argued the Health Secretary’s order went against the spirit of constitutional changes voters approved in the spring, which limited the governor’s ability to take emergency action without legislative approval.

“Nobody wanted to have unilateral government, whether that be from the executive or from the legislature. What people voted for…was cooperative government,” Gottesman said.

In response, the House is returning to session earlier than expected to begin considering legislative challenges. While information on the state legislature’s website hadn’t been changed to reflect that as of Wednesday, a House calendar released elsewhere on the website shows Sept. 15 is the next scheduled session day.

Gottesman did not share details about how House Republicans plan to challenge the masking order, but assured constituents that something will be done.

“We have been listening to them,” he said. “We’re coming back into session early to make sure that those who do have those concerns know that their representatives in Harrisburg are listening to them.”

House Majority Leader Kerry Benninghoff (R-Centre) said last week “all options are on the table,” though it’s unclear what legislative options Republicans have.

“But it depends on what they’re offering,” McClinton said. “We have to figure out how we can keep our children in school.”

The Philadelphia lawmaker said most parents she’s spoken with in her district support the latest masking mandate, and are seeking “consistency” on the policy after more than a year and a half of legislative back-and-forth.

“They are now to the point where if it’s a mask for their children, they want to put it on. They’re not making it as big of a deal as some politicians are,” she said.

A group of Republican state senators led by Sen. Judy Ward (R-Blair) are also seeking to oppose that order with a bid to limit the powers of the health secretary in the state constitution. Lawmakers in either chamber could also try to make that change using the normal bill process.

But a constitutional change, which requires voter approval, would not take effect for another few years at minimum. Legislative changes that don’t have at least some agreement from Democrats run the risk of being vetoed by Wolf, leaving Republicans little chance to override it since they don’t have a veto-proof majority in either chamber.

This all comes despite Centers for Disease Control studies that prove that masks reduce viral spread — especially when everyone is wearing one.

Nearly five times as many people are currently contracting COVID-19 in Pennsylvania than a month ago, and children under twelve still cannot get vaccinated.

Pa. Republican lawmakers and the U.S. Capitol attack
As part of WITF’s commitment to standing with facts, and because the Jan. 6 attack on the U.S. Capitol was an attempt to overthrow representative democracy in America, we are marking elected officials’ connections to the insurrection. Read more about this commitment.
Rep. Benninghoff (R-Centre) is one of several dozen state lawmakers who signed a letter asking Congress to object to Pennsylvania’s 2020 election result, despite no evidence that would call that result into question.
This supported the election-fraud lie, which led to the attack on the Capitol.

Biden asked to declare disaster in Pennsylvania due to storm