Pittsburgh Pirates' Gregory Polanco (25) is high-fived by teammates in the dugout after scoring a run during the sixth inning of a baseball game against the Los Angeles Dodgers Monday, Aug. 16, 2021, in Los Angeles. (AP Photo/Marcio Jose Sanchez) 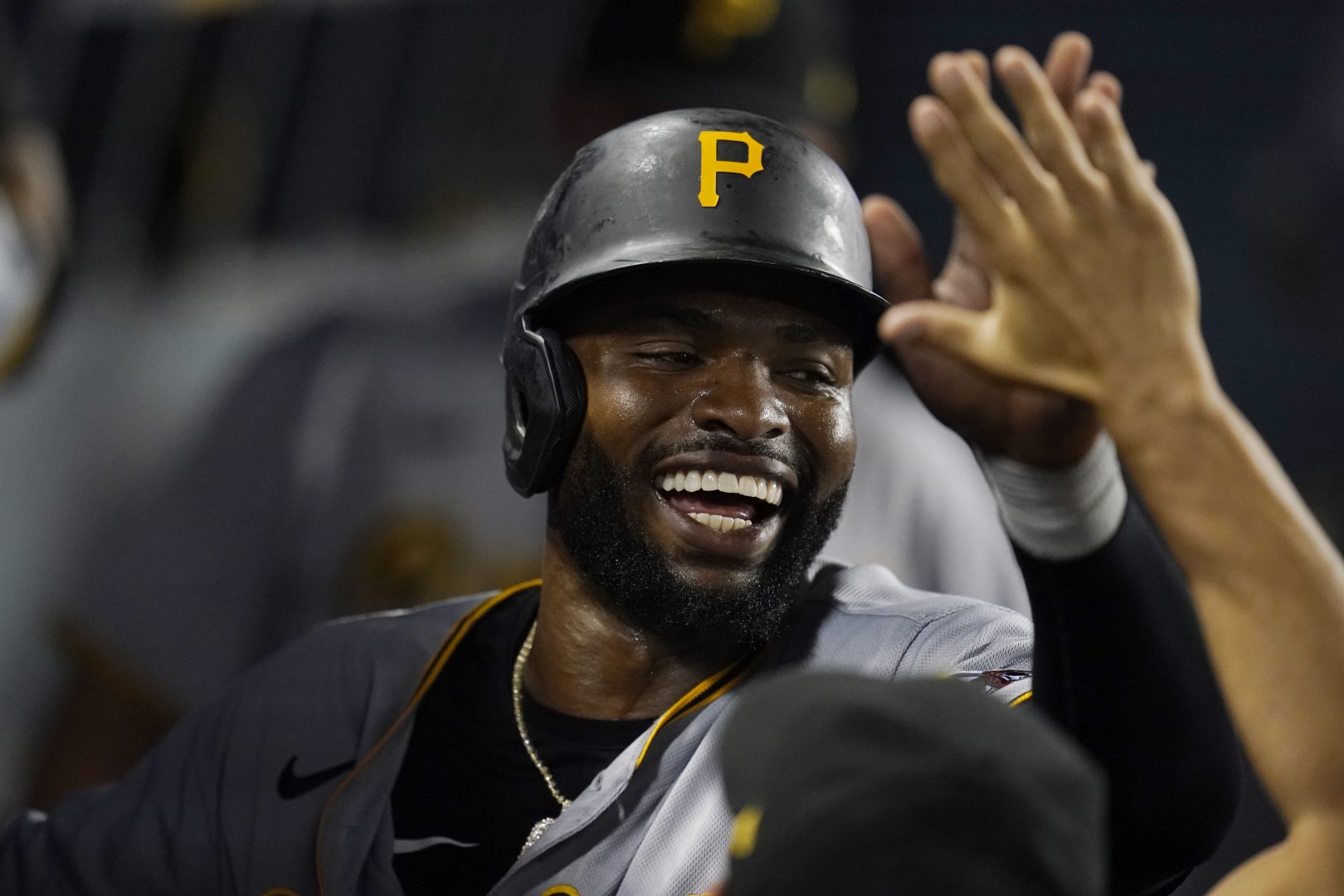 Pittsburgh Pirates' Gregory Polanco (25) is high-fived by teammates in the dugout after scoring a run during the sixth inning of a baseball game against the Los Angeles Dodgers Monday, Aug. 16, 2021, in Los Angeles. (AP Photo/Marcio Jose Sanchez)

(Pittsburgh) — Gregory Polanco hasn’t been part of the Pittsburgh Pirates’ long-term plans for a while.

Now, he’s no longer a part of their present, either.

The Pirates released the struggling 29-year-old right fielder on Saturday, cutting ties with the last remaining player from the group that helped guide the franchise to three straight postseason berths from 2013-15.

Those days are long gone. Pittsburgh is less than two years into a top-to-bottom overhaul and is all but assured of finishing dead last in the NL Central for a third straight year.

Polanco’s age, declining production and onerous contract — his $11.6 million salary this season accounted for more than 20% of the team’s entire 2021 payroll — made him an ill fit for what the Pirates are trying to do. The team placed him on waivers last week and when no one picked up his remaining salary, they opted to let him go instead.

Polanco hit just .208 with 11 home runs and 36 RBIs this season for Pittsburgh and had recently become a target for frustrated fans. He was booed relentlessly after a late error contributed to a loss to Arizona on Wednesday night.

Still, that didn’t mean the decision was easy. Polanco’s infectious smile and unbridled enthusiasm for the game made him popular inside a young and largely anonymous clubhouse. Manager Derek Shelton called the meeting he had with Polanco on Saturday to inform him of the decision was the most challenging he’s had since taking over in November 2019.

Polanco definitely heard the crowd reaction at his home park. A day after his costly error, Polanco fired back, saying the fans needed to remember he’s human, just like they are.

“I’m doing 100% every day to get better,” Polanco said on Thursday, a couple of hours before a key two-run double during a comeback win against St. Louis in what would be the last of his 696 hits for the Pirates.

Polanco made a splash upon reaching the majors in 2014, teaming up with Starling Marte and 2013 NL MVP Andrew McCutchen to become what was known locally as “the Dream Outfield.”

With his long, loping left-handed swing, the Pirates envisioned a player who would take advantage of the short porch in right field at PNC Park for years. He drove in 55 runs and stole 27 bases in 2015 for a team that won 98 games, leading the organization to sign him to a $35 million contract extension on the second day of the 2016 season.

Yet consistency — and any sense of comfort while playing the field — proved elusive. His .258 average in 2016 remains his career best and the power that appeared effortless at times vanished for stretches.

Polanco’s best season came in 2018, when he hit 23 homers and drove in 81 runs. Those numbers would have been even better if not for a freak injury in September when an overzealous flop slide into second base while legging out a double eventually led to left shoulder surgery.

He was limited to just 42 games in 2019 when he struggled to recover from the surgery and hasn’t regained the form that once made him one of the most promising outfield prospects in the majors. Polanco is hitting just .203 with 24 home runs and 75 RBIs in 199 appearances since tumbling into second against Cincinnati nearly three years ago.

The Pirates called up Cole Tucker to take Polanco’s roster spot. Shelton suggested Tucker — a shortstop as a prospect who has evolved into a utility player — will get some reps in the outfield.

Shelton indicated the revamped structure of September call-ups, now limited to just two players, played a factor in the decision to part with Polanco now rather than wait until the offseason.

“The rosters will expand, but they’re not expanding the way they have in the past,” Shelton said. “It’s a shortened roster, so we have to make sure that we maximize the opportunities and the innings or at-bats for guys, and this is why we deemed this to be the right time.”