Desi Burnette testifies in favor of HB 279 for the House Transportation Committee.

Pennsylvania undocumented residents were able to obtain licenses before 2002. 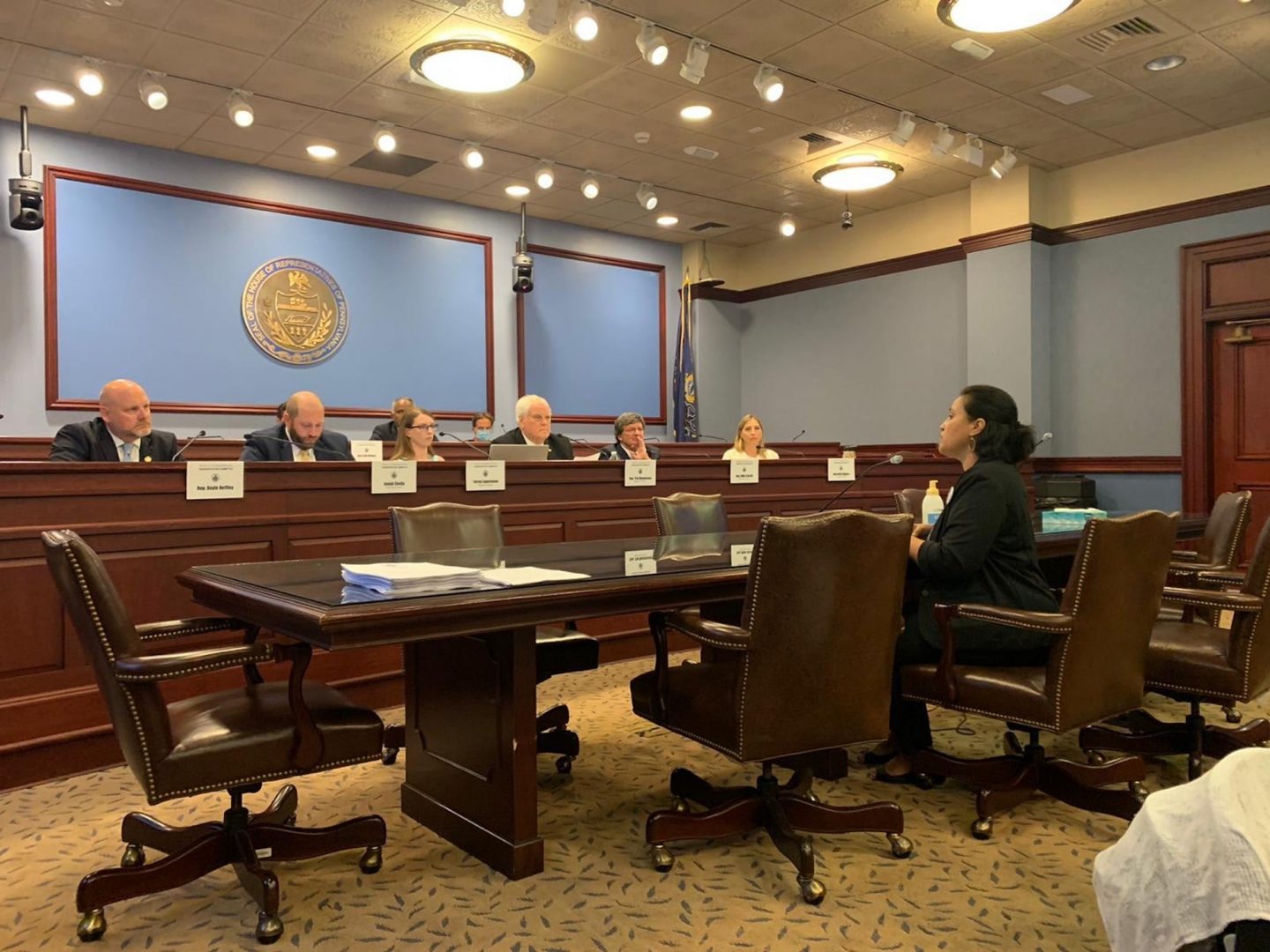 Desi Burnette testifies in favor of HB 279 for the House Transportation Committee.

Supporters told the House Transportation Committee it would make roads safer and ensure undocumented farmworkers can perform duties at their jobs. They say it will also protect children of mixed-status families who are dependent on undocumented parents.

“Our parents risk their lives, risk being detained, risk being separated, in order to provide for us, to take us to medical appointments, grocery shopping, classes, or even leisure activities that we’d like to take as a family,“ said Julissa Morales, a youth coordinator for the Movement of Immigrant Leaders in Pennsylvania.

The bill proposes that undocumented people could apply for a license by submitting alternative documentation.

Two state agencies, the departments of agriculture and transportation, testified in favor of the bill.

Cheryl Cook, a deputy secretary at the agriculture department, argued that the bill is needed in order to ensure that the state has a stable farm labor supply. She said it would eliminate a barrier at a time when the pandemic has caused worker shortages at farms.

“Both on the food production and processing side of the coin, we need to give those workers the ability to do their jobs,” Cook said.

PennDOT deputy secretary Kurt Meyers said the department supports the measure because it would increase safety by ensuring undocumented workers take the required tests and acquire car insurance. The department currently asks for proof of “lawful presence” in the country.

It was the first time the bill had been heard in committee since it was introduced in 2011. The latest iteration, HB 279, is sponsored by Rep. Danilo Burgos (D-Philadelphia).

The bill has privacy provisions. It would create a warrant or consent requirement for sharing driver information with third party federal agencies such Immigration Customs and Enforcement. Muneeba Talukder, an attorney for ACLU of Pennsylvania, testified in favor of those provisions.

In the hearing, Rep. Tim Hennessey (R-Chester) expressed concerns about the portion relating to this privacy provision that was drafted in the bill, saying it seemed to propose stripping away current law enforcement authorizations in dealing with driver information. He also questioned why ICE is not considered a law enforcement agency.

Pa. Republican lawmakers and the U.S. Capitol attack
As part of WITF’s commitment to standing with facts, and because the Jan. 6 attack on the U.S. Capitol was an attempt to overthrow representative democracy in America, we are marking elected officials’ connections to the insurrection. Read more about this commitment.
Reps. Hennessey and Heffley supported Donald Trump’s 2020 election-fraud lie by signing a letter urging members of Congress to object to Pennsylvania’s electoral votes going to Joe Biden. The election-fraud lie led to the attack on the Capitol.

Talukder said the bill would add safeguards and would not take away law enforcement’s access to driver information from PennDOT. In response to Hennessey’s question about ICE, she said it is a federal agency that enforces civil immigration law and does not function as local criminal law enforcement.

Rep. Doyle Heffley (R-Carbon), said he does not feel comfortable with the legislation at this point, but that he also believes the country’s immigration laws are “broken.”

“I know, ‘Well, it’s just a driver’s license,’ but it’s a little bit more than that, you know, you’re giving that status as somebody who maybe didn’t follow the rules or the laws to get here, and that’s a concern,” Heffley said. “Maybe they’re broken laws, but they’re still the laws until they’re adjusted.”

Rep. Hennessey, the committee chair, did not indicate a timeline for the bill at the hearing.

There are more than 160,000 undocumented immigrants living in Pennsylvania who are eligible to drive, according to a study by the the Keystone Research Center and its Pennsylvania Budget and Policy Center. The study also estimates that Pennsylvania could see an increase of about $13 million in revenue from taxes, registration fees, license fees and vehicle-related purchases.

In New Jersey, a new law allowing undocumented immigrants to obtain driver’s licenses went into effect in May. New Jersey Spotlight reports that the state has issued roughly 100,000 new driving permits — a 65% increase from previous years.

Immigration advocates argue expanding access to driver’s licenses could lead to safer roads. In some states, there have been some improvements in traffic safety.

A study by Stanford University researchers examined the short-term effects of a California law that extended driving privileges to undocumented immigrants. It found there were 4,000 fewer accidents in the first year after the law went into effect. However, the study did not find that the law led to fewer traffic accidents or fatalities.

In Connecticut, where a license law went into effect in 2015,  hit and runs decreased between 2016 and 2018, according to an analysis by the New England Center for Investigative Reporting.

The Pa. counties that lost and gained the most population in the last 10 years, ranked