A server delivers food to customers dining at a restaurant in Los Angeles on Aug. 7. Restaurants are boosting pay to attract workers, and that could have an impact on already-high inflation. 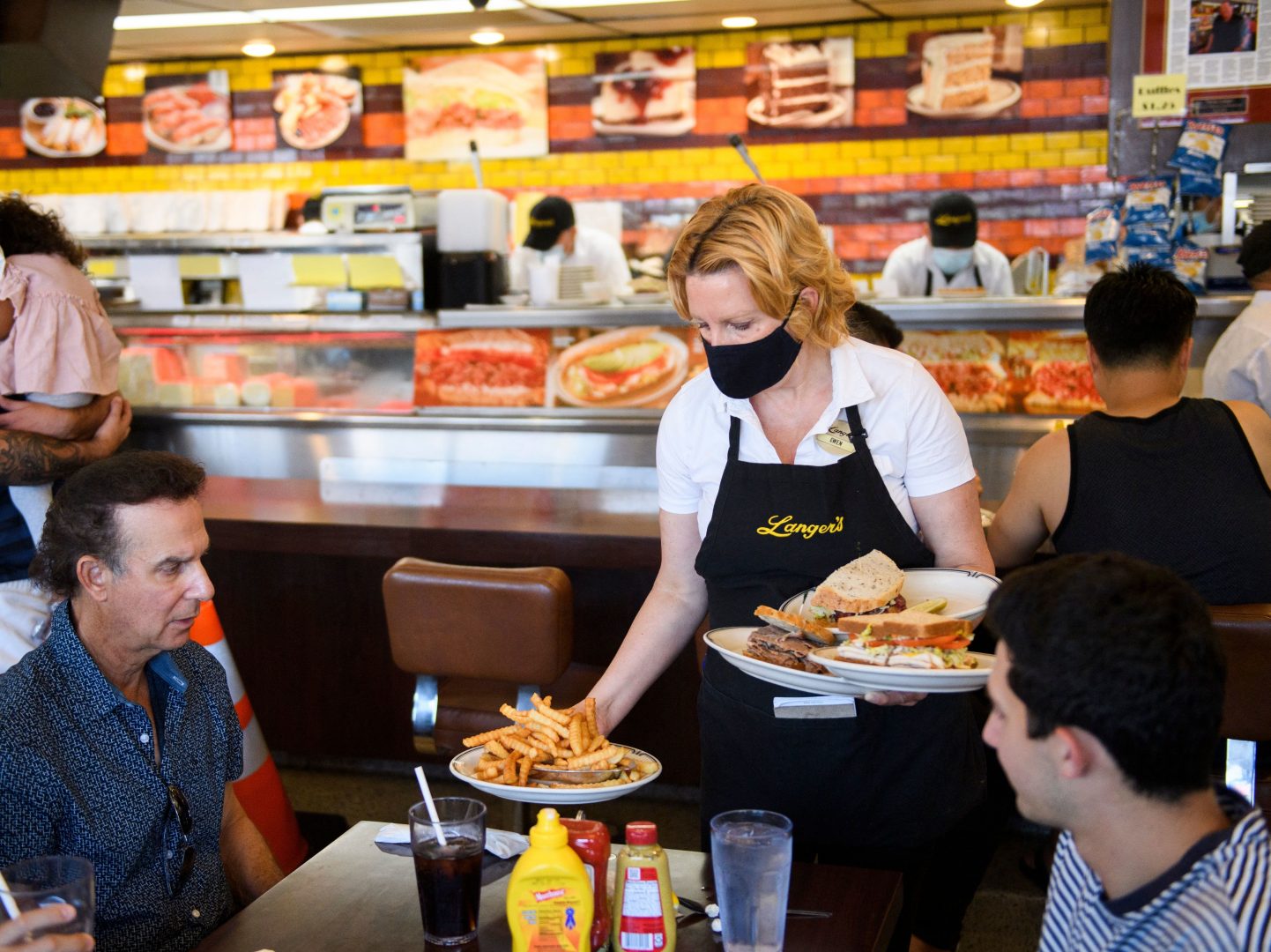 A server delivers food to customers dining at a restaurant in Los Angeles on Aug. 7. Restaurants are boosting pay to attract workers, and that could have an impact on already-high inflation.

(Washington) — A lot of workers are getting wage hikes this year as employers compete for scarce labor. But it’s not all good news for workers, or for the economy: Some businesses are raising prices to offset the wage hikes, contributing to surging inflation and eroding some of the benefits from that higher pay.

The Labor Department reported Wednesday that consumer prices were 5.4% higher in July than a year ago. That matches the June inflation rate, which was the highest in nearly 13 years. The increase was driven by rising costs for shelter, food, energy and new cars.

Most of the recent jump in inflation has been caused by pandemic bottlenecks, like the shortage of chips that limited new car production and caused a big spike in the price of used cars. Used car prices continued to climb in July, but at a much slower rate, and those prices are expected to decline in the months to come.

Rising worker pay could become a bigger factor in higher prices going forward even if it’s not raising alarm bells yet.

Burrito chain Chipotle, for example, boosted its average pay to $15 an hour this summer. But to cover the cost of that pay increase, Chipotle raised prices 3.5% to 4%.

For the moment, restaurants are able to pass on higher costs to customers without a hit to their bottom lines because demand for eating out remains so strong.

“People are tired of cooking their own meals,” says Lyle Margolis, a senior director at Fitch Ratings. “They’re tired of cleaning up after themselves. They want to be waited on and they want to be social. And restaurants are a great place to do that.”

Chipotle, for one, has seen little drop in demand for carnitas or guacamole.

But it’s not necessarily all good news.

The price of restaurant meals jumped 0.8% between June and July — the biggest increase in more than four decades.

Other prices are also rising, partly as a result of rising wages. Tyson says it plans to raise prices for chicken and pork, in part to offset higher wages in its meat processing plants.

“It is encouraging that wages are rising,” says Wells Fargo economist Shannon Seery. “Some of these lower-paying sectors are seeing higher wages, which in turn, hopefully, will bring more workers back to the labor force.”

“But it does suggest that this inflationary environment is broadening out beyond the supply constraints that we were initially seeing from the re-opening,” Seery adds.

The rising cost of living erodes some of the benefits of higher pay for workers who will have to pay more for a range of goods across the board.

For employers, their rising labor cost is also something that bears closely watching.

Amazon – the nation’s second largest private employer – has been paying more to attract workers to its giant warehouses.

“We have raised our wages and have increased the use of incentives to hire people,” Amazon’s chief financial officer Brian Olsavsky told reporters on a conference call. “We’re watching it carefully. But it’s probably one of the bigger elements of inflation in our business right now.”

Still, for now, Federal Reserve chairman Jerome Powell sees little danger of the kind of wage-price spiral that led to runaway inflation in the 1970s.

Wage gains are likely to level off as more people return to the workforce. What’s more, many employers have found more efficient ways to operate, so pay increases don’t automatically have to be passed on to consumers.

“The problem is if it happens in a way that pushes firms broadly into raising prices,” Powell told reporters last month. “We don’t see that now.”