A man walks through a neighborhood of single-family homes in Los Angeles last week. The CDC announced a new temporary eviction ban a few days after the previous one expired. 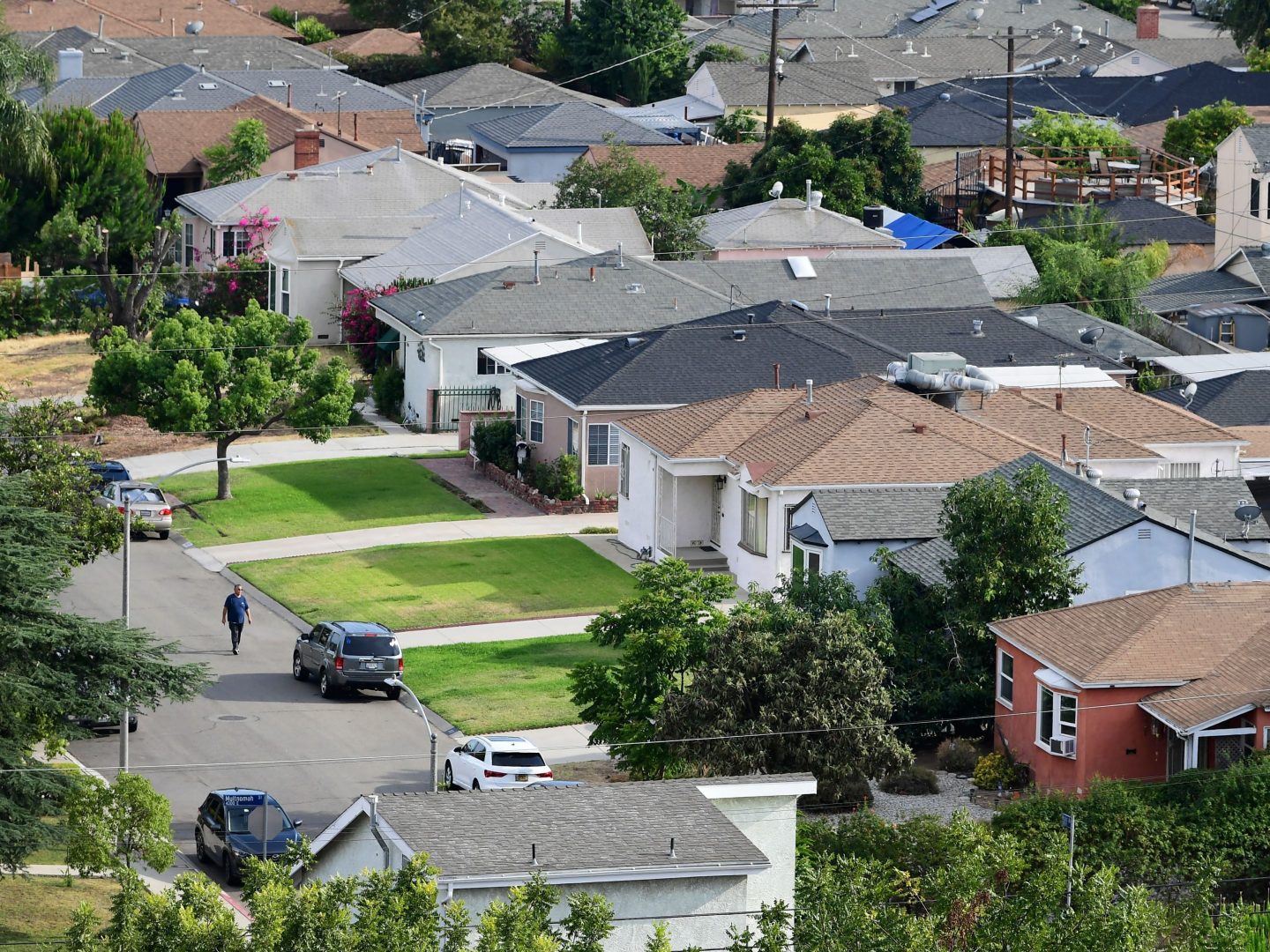 A man walks through a neighborhood of single-family homes in Los Angeles last week. The CDC announced a new temporary eviction ban a few days after the previous one expired.

If you’re looking for help paying your rent, the Consumer Financial Protection Bureau has guidance on applying for emergency rental assistance.

For many Americans, COVID-19 has upended their lives. They’ve lost their jobs, and with them, the ability to pay their rent.

While getting evicted is traumatic generally, eviction during a pandemic adds new layers of peril: Evicted families may double up with other households or move into crowded shelters. That can lead to the coronavirus spreading quickly, especially within vulnerable communities.

These concerns underpin the Centers for Disease Control and Prevention’s new moratorium on evictions, which was announced last week.

“I think there’s a moral imperative here to make sure that people who are unstably housed in a period of time where we have extraordinary disease transmission in many parts of this country — that this is a true public health threat and that we need to keep people stably housed,” CDC Director Rochelle Walensky told NPR.

Here’s what the new ban means for the millions of renters facing eviction and the landlords awaiting money.

How this ban is different

The CDC’s new 60-day order is a little different from the old one that started last year. It applies only to counties with substantial or high transmission of COVID-19. That includes most of the country right now.

The agency’s authority for such a ban derives from the Public Health Service Act of 1944, which gives the Department of Health and Human Services (of which CDC is a part) the authority to declare and respond to public health emergencies and control communicable diseases.

The previous eviction ban was announced by the CDC in September 2020, during the Trump administration, and was extended in March and June of this year. But it expired on July 31 after the Supreme Court signaled it wouldn’t accept any further extensions without congressional authorization, and Congress didn’t act to extend it.

President Biden says he’s not certain whether the new CDC order will survive potential legal challenges, but he’s hoping it will buy people on the brink of eviction some breathing room.

“By the time it gets litigated, it will probably give some additional time, while we’re getting that $45 billion out to people who are in fact behind in the rent and don’t have the money,” he said this week. 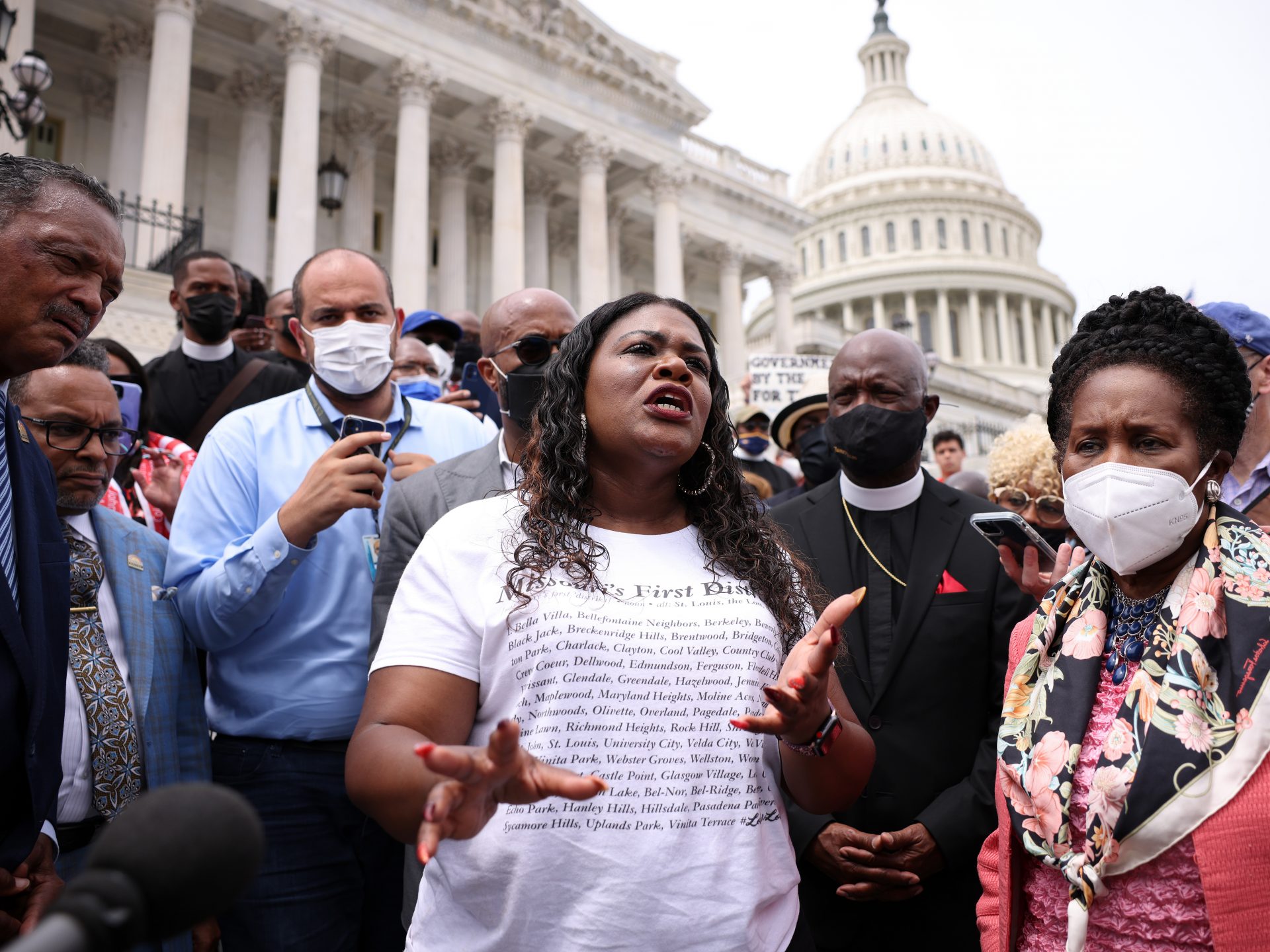 Rep. Cori Bush, D-Mo., (center) speaks at a rally at the U.S. Capitol on Tuesday. Bush slept on the steps of the Capitol for days to protest that the CDC’s eviction moratorium was being allowed to expire.

A temporary reprieve — and a big push to distribute rental assistance

“This is a tremendous relief for millions of people who were on the cusp of losing their homes and, with them, their ability to stay safe during the pandemic,” Diane Yentel, president and CEO of the National Low Income Housing Coalition, said in a statement.

Getting federal aid out has been slow so far, though it’s starting to move faster. Part of the problem is that states and localities were required to set up their own programs to disburse the funds.

The White House has urged state and local governments to get the funds out efficiently to renters and their landlords and to be flexible around documentation. The Treasury, which is administering the Emergency Rental Assistance Program, is promoting “promising practices” seen around the country for eviction diversion.

But the application process has been cumbersome in many places.

Some communities have required reams of documentation and applications 30 or 40 pages long, Yentel told NPR — “all of which slows down the process for everyone and often weeds out some of the lowest income and most marginalized tenants who can’t produce the documentation that’s required in other communities.”

States and localities are struggling with capacity, Yentel said: “They don’t have enough staff. They don’t have the right technology to be able to handle the deluge of applications they’re getting. And the more complicated they’ve made their programs, the more challenged they are with capacity issues.”

The pandemic has exacerbated existing inequalities

Louisiana is among the states with the highest rates of COVID-19 right now as a possible eviction crisis looms.

“People are worried. They’re terrified,” says Cashauna Hill, executive director of Louisiana Fair Housing Action Center. “We’ve got a huge population of folks who are having difficulty staying afloat during this … pandemic.”

Renters in the state have few protections, she says, and evictions can happen fast — officially through the courts, and informally when tenants move out after receiving an eviction notice.

She says the neighborhoods in New Orleans with high eviction rates before the pandemic are the same ones that were redlined three generations ago and that are experiencing high numbers of COVID-19 cases and deaths now. 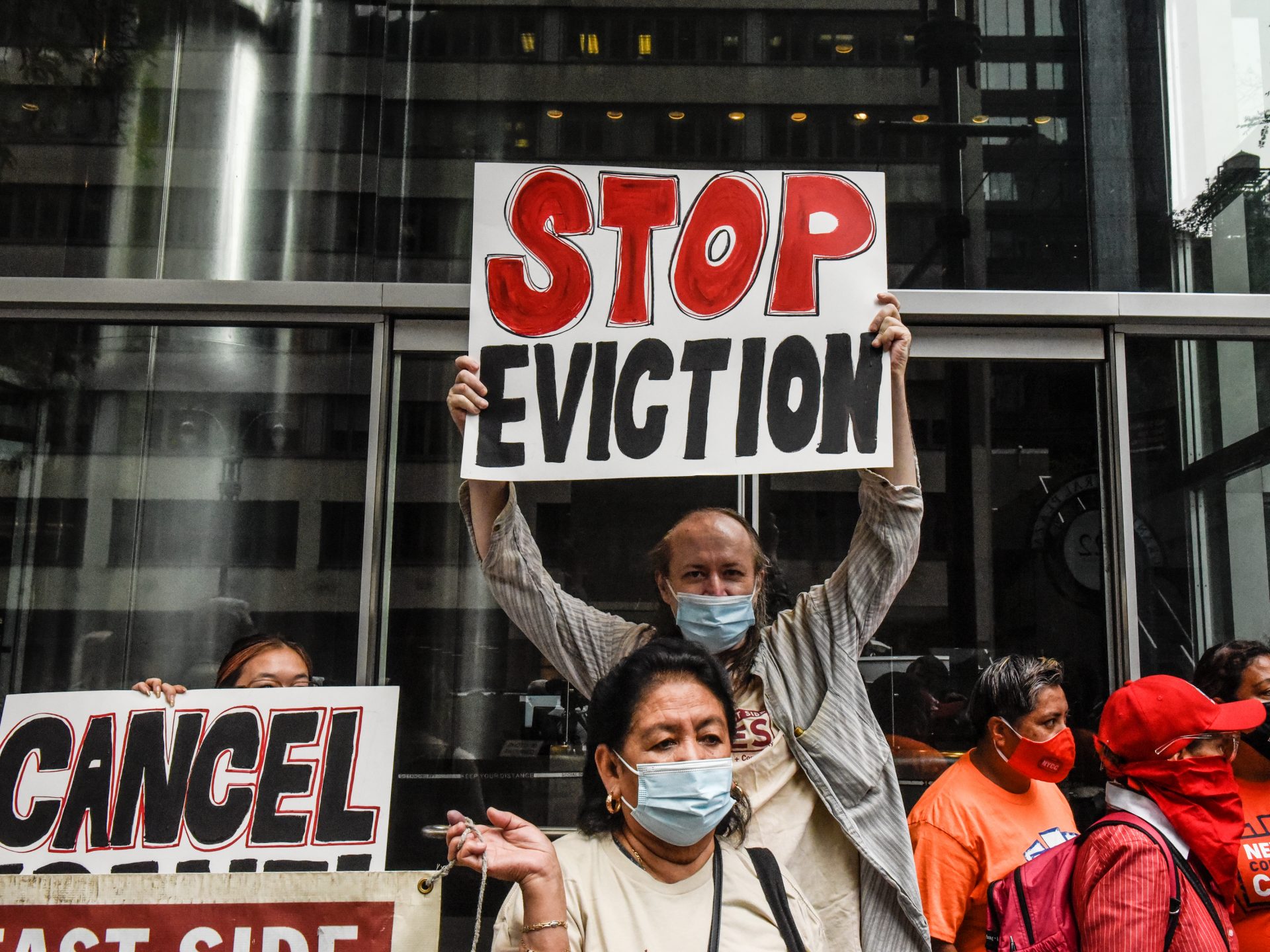 “The COVID-19 pandemic has just exacerbated those unjust housing outcomes that were already present. And the people who had the least amount of resources and defenses are the people who are being most impacted by this pandemic. So we just have injustice after injustice piling on top of one another for these communities,” Hill tells NPR.

The state has received $550 million to help tenants and landlords, according to The Associated Press. The governor says Louisiana has so far approved $61 million in rental assistance.

While the clock is ticking loudly for many renters in arrears, states do have time to distribute the funds, as the ERAP program runs through 2025.

Landlords are suing the government over the previous ban

The National Apartment Association represents owners and operators of rental housing — landlords, in other words. Last week, the association filed a lawsuit against the federal government over the previous eviction ban, seeking to recover damages on behalf of rental housing providers.

It opposes the new ban, too, which it calls an unfunded government mandate.

“We think that [eviction moratoria] leave renters with an insurmountable amount of debt, and providers essentially holding the bag on the affordability crisis by carrying all that unpaid debt at the same time that they’re trying to pay their bills,” Greg Brown, NAA’s senior vice president of government affairs, tells NPR.

Federal aid has started flowing to landlords to cover renters’ debts, he notes. Now, he says, “we need to focus on getting it to flow faster.”

The new ban’s more limited framing — applicable only to counties with higher levels of coronavirus transmission — may help it survive potential legal challenges.

Steve Vladeck is a professor at the University of Texas School of Law and an expert on federal courts. He suspects the scope of the CDC’s authority is likely to be at the center of any legal challenges against the new ban.

“I think the Justice Department will have some pretty good arguments that this one is … much more specifically tied to [the] CDC’s express statutory authority to take measures to prevent the spread of communicable diseases like the delta variant of COVID,” he told NPR.

On the other hand, Vladeck says, the court’s conservative justices could decide the CDC has pushed its authority too far and strike down the new moratorium.

Either way, millions of renters are hoping that the aid they desperately need arrives before an eviction notice does.

The GOP-led Arizona election review appears close to finishing. Here's what to expect