Tim Lambert, WITF’s multimedia news director, is working with a team at NPR — including former WITF reporter Scott Detrow — on an in-depth story about Flight 93, the families of the passengers and crew, and the memorial that is just a couple hours west of Harrisburg.

Lambert’s family owned some of the land where the plane crashed 20 years ago this Sept. 11. He’ll be telling a unique story about what happened that day, and in the months and years that followed.

In addition, WITF reporters are working on Sept. 11 stories for the 20th anniversary. You’ll hear from people who are too young to remember that day, and what it means to them. You’ll hear about how the crash, the memorial and land restoration transformed the former strip mine. How one Pennsylvania county lost more people at the World Trade Center than anywhere else outside New York and New Jersey. How former state police Commissioner Paul Evanko remembers that day.

And more, as part of a staff-wide project to mark one of the darkest days in American history, and to reveal some rays of light.

The story from Lambert and Detrow is the centerpiece of that anniversary coverage. We asked the two of them some questions so they could take us behind the scenes of their reporting:

What has surprised you as you have been working on this project? 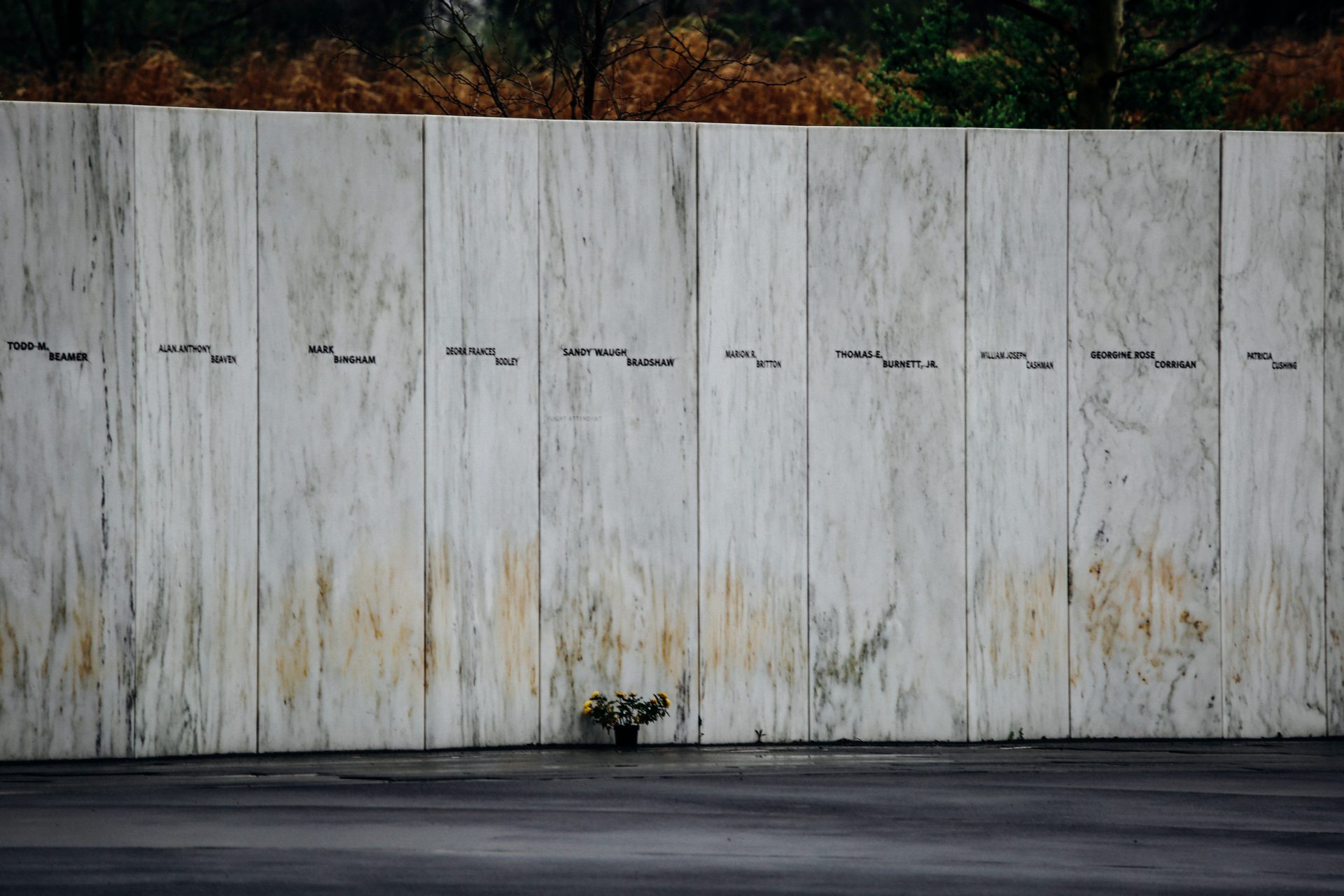 The Wall of Names at the Flight 93 National Memorial. It features 40 names of the passengers and crew who died when United Flight 93 crashed in Stonycreek Township, Somerset County, during the terrorist attacks on September 11, 2001.

Tim Lambert: I think two things stand out to me. One is how raw a family member’s grief is when they talk about September 11th, 2001, and their journey since then. Two decades later, their descriptions are vivid, while it’s clear their journey to deal with their loss is still ongoing. The other is how much new information I have learned – whether in a family’s story or a detail that surfaced through other sources.

Scott Detrow: And that new information extends to Tim’s story, too! I’ve known him since 2007 and we’ve talked about this so many times, but there are so many moments from this reporting project where Tim would tell me something, and I’d say, you never mentioned this before! The other thing that doesn’t necessarily surprise me, but keeps jumping out to me, is just how much of a relationship Tim has built up with these families over the past 20 years. You could see it every time he greeted someone we were meeting to interview, or just the way that with Tim, these feel more like conversations with a trusted friend, not an interview with a reporter.

How many interviews have you done, what are the kinds of people you’ve been talking to and how have you decided who to approach for interviews?

Tim: We have spoken at length with at least nine family members and have requests out for six others. We also have talked with a handful of people who were involved with the investigation first-hand.  We have also relied on archival tape from my reporting over the years and dozens of oral histories recorded by the National Park Service. The story of Flight 93 has been one that WITF has covered closely for the last two decades. Obviously, I have a very deep personal connection to it, as a former Flight 93 crash site landowner. So, I have relationships with a handful of family members and hope I have built up their trust over the years. Scott spent several years at WITF and covered anniversary events and the evolution of the memorial process. So, we each bring a unique experience to the project. One thing we wanted to do was to bring a fresh perspective to this story. What happened on United 93 on 9/11 is part of the nation’s fabric – gathering information about the other attacks, voting on a plan, and then storming the cockpit to try to retake the plane. We wanted to approach our interviews in a way that tells the story of the aftermath for the families from September 12, 2001, to today and the evolution of the crash site to a national memorial.

Scott: To me, this is the story about everything that happened from September 12, 2001-on. These families’ lives were upended, and they had to live with this deep, deep grief while at the same time being on display to the public. They had to figure out how to cope with the loss of a loved one, when that loved one was suddenly a national symbol, and someone the whole world was interested in. It’s really remarkable how amid all that, the site of the plane crash, the site where their family members died, somehow became this oasis of peace and comfort, and how the different families were able to create their own community that has lasted through the years, when they first all met in Shanksville.

What do you hope to bring to listeners and readers that is new about the Flight 93 story?

Tim:  Our story aims to explore grief and how many Flight 93 families were in a position where their grief didn’t get to be private.  Twenty years later, that grief remains just under the surface for many. So, this isn’t about closure. It’s about how many coped with their grief, learned to live with it, and continue to honor and remember their loved ones. The 40 passengers and crew are considered national heroes, so it’s easy to forget that each one was someone’s son or daughter, wife or husband, mother or father. For us, we wanted to tell the story of those left behind and how they continue to deal with their loss.  Another aspect of this is how important the Flight 93 National Memorial is to several family members. They are the only people who have access to the actual crash site, which has been a cemetery for nearly the last two decades. They treat it with reverence and respect.  We found how that relationship evolved over time to be a powerful story and one that has been underreported over the years. Finally, I think it’s clear Flight 93 is often treated as an afterthought in the larger 9/11 story – you know, the attacks on New York and Washington….and a field in Pennsylvania.  We are hoping to remind listeners of not only of the bravery shown by the passengers and crew, but by the families as well.

Scott: As I’ve often said throughout the course of this project…. What Tim just said.

Icon: Behind the Lens conclusion