FILE PHOTO: In this July 21, 2017, photo, Darrell Price sits in his power wheelchair in his apartment in Cleveland. Price relies on a Medicaid-funded assistant to help him get dressed, washed and fed. 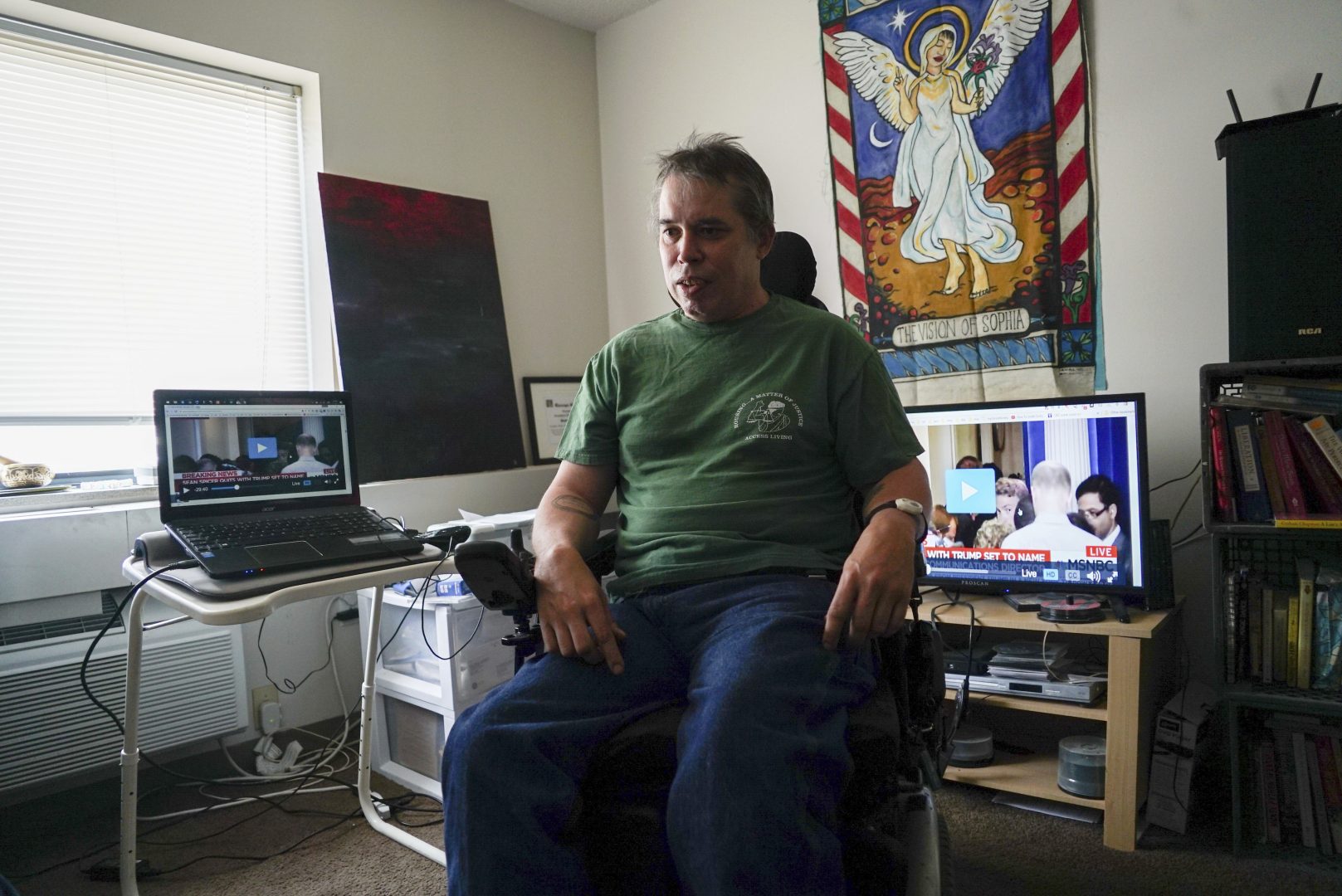 FILE PHOTO: In this July 21, 2017, photo, Darrell Price sits in his power wheelchair in his apartment in Cleveland. Price relies on a Medicaid-funded assistant to help him get dressed, washed and fed.

“This provision of the American Jobs Plan is so popular that 75 percent of Americans support [it],” Casey said. “A lot of Americans want … to have their care in the home or in the community.”

More than 3.5 million older adults and people with disabilities use Medicaid home and community-based care services, including 146,000 people in Pennsylvania. However, nationwide, many people are on a waitlist for these services.

“When I look at the 820,000 Americans that are still on the waiting list, I see that as untapped resources,” said Theo Braddy, a disabilities consultant and a person with disabilities. “Hear me on this: Without my attendants, I easily could have chosen to live a life of isolation and be institutionalized.”

The Better Jobs Better Care Act would incentivize states with an additional 10 percent in federal matching funds for Medicaid’s home and community-based services. In exchange, states would be required to expand access by relaxing income limits, facilitating enrollment, and reaching more working people with disabilities.

The new policy would also incentivize investment in care workers, many of whom are women and people of color. In Pennsylvania, the median wage for direct care is around $12 per hour.

“These Americans who are providing this care need better pay and benefits,” Casey said. “And they should have the option, if their state chooses to take advantage of this part of the bill, to join a union.”

Casey says the legislation will be part of the budget reconciliation bill that will come before the Senate soon.

'We have a deal': Biden announces a bipartisan infrastructure agreement with senators