Gypsy moths and their egg masses can be found on trees. The Pennsylvania Department of Conservation and Natural Resources sprayed for the insect in 19 counties in May 2021.

Pennsylvania sprays for gypsy moths in 19 counties, hoping to bring down a spike in the leaf-eating insect 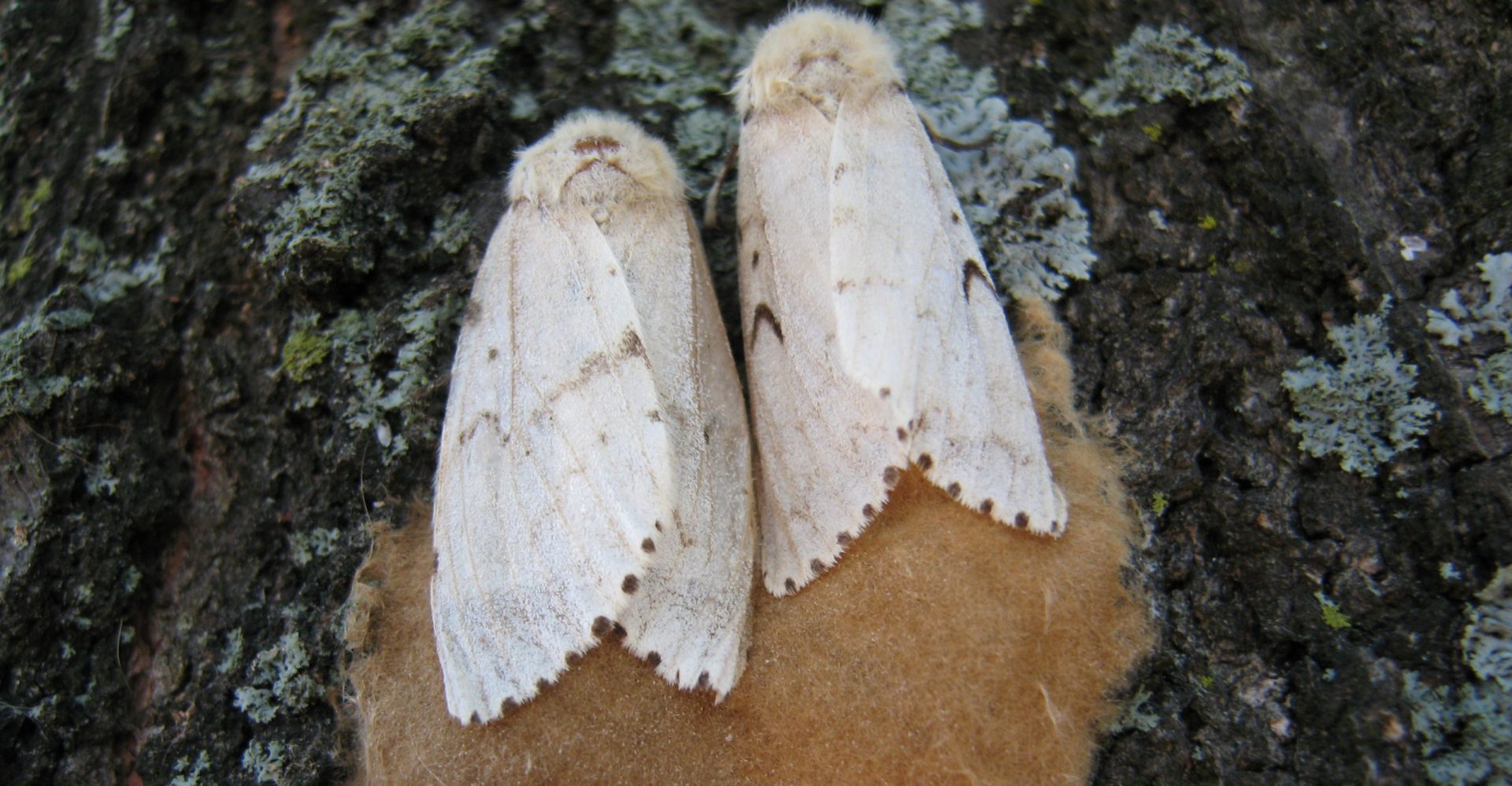 Gypsy moths and their egg masses can be found on trees. The Pennsylvania Department of Conservation and Natural Resources sprayed for the insect in 19 counties in May 2021.

The Pennsylvania Department of Conservation and Natural Resources is hoping to bring down a boom in the gypsy moth population, spraying for the invasive species of caterpillar in 19 counties in south central, central, north central and northwest Pennsylvania.

Gypsy moths like to eat the leaves off oaks, along with apples and aspens. They’ll also feed on many other trees like hemlocks and pines. 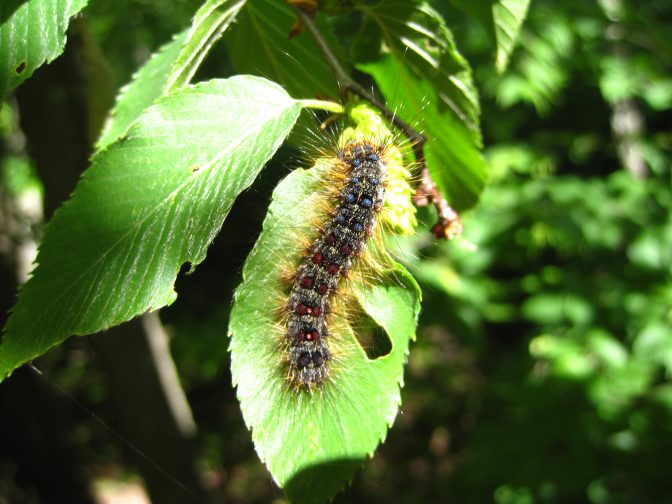 A gypsy moth caterpillar found on a leaf. The invasive caterpillar can cause significant damage to oaks and other trees.

“Caterpillars are getting to the full size now where they do most of their feeding,” said Donald Eggen, the department’s forest health manager and chief of the division of forest health. “Well, it’s right when all those trees have just spent a lot of energy making their foliage. So the leaves just reached full size. Now gypsy moth comes along and eats it before the tree can photosynthesize.”

Eggen said a tree can handle some defoliation. And healthy trees can grow new leaves, but it puts stress on them, and can make them susceptible to other diseases and death. 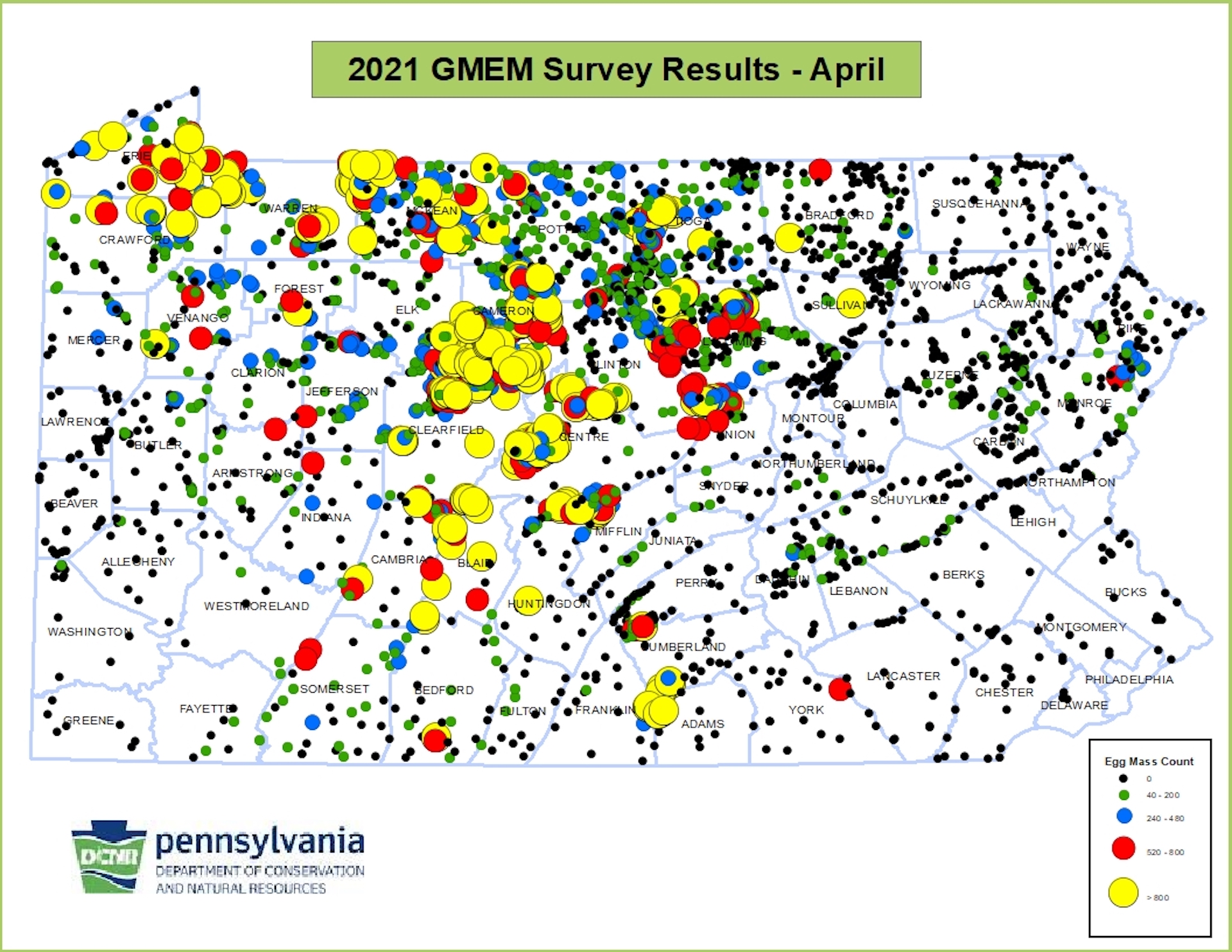 “Our program is to keep enough foliage on the tree. More than 50%,” Eggen said. “We want to keep 50, 60, 70%. A tree can withstand some defoliation. That happens with native insects and all kinds of other things. We want to stop that tree from having to re-foliate and using those energy reserves.”

Wet spring weather and a fungus disease had been helping control the gypsy moth in recent years. The bureau surveys parks and forests for egg masses. In some places, Eggen said this year’s population turned out bigger than expected.

“We were getting 2,000 to 10,000 plus egg masses per acre in southcentral, central, northcentral and even northwestern PA.”

Along with a loss of timber, the loss of oaks and other trees can change the ecology of the forests.

The Bureau of Forestry oversaw spraying in May by helicopters and fixed-wing aircraft on 146 sites on 203,569 acres of state forests, parks and game lands and part of the Allegheny National Forest. Eggen said they’ll be able to see how effective the spraying was in mid-June.

The state uses biological insecticides. An invasive species, the gypsy moth has been in North America since 1869 and in Pennsylvania since 1932.