When it comes to ballot questions, it may not be what you say, but how you say it

A few different versions of one of the ballot questions were designed and then randomly assigned each of the voters to answer one. 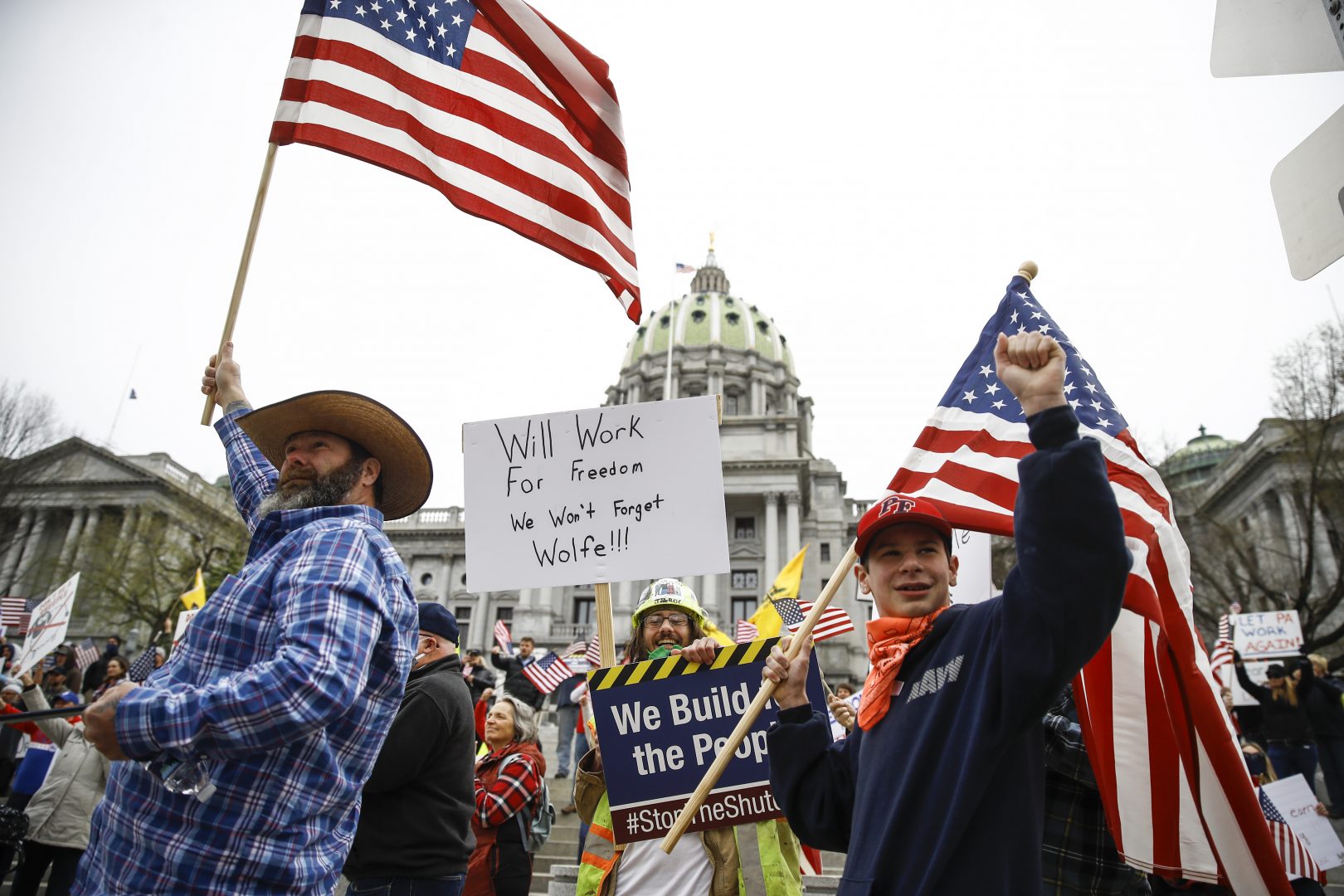 (Harrisburg) –– A recent study from Franklin & Marshall College’s Center for Opinion Research does not show how people might vote on one of the ballot questions in the May 18 primary. But it does indicate that the way the question is worded could have an effect on how people interpret the question.

Researchers got together 400 registered voters of all political and social backgrounds for what’s called a split-ballot experiment.

“The approach to this is like a randomized clinical trial, where you’re randomly assigning people to get one of the different treatments,” Center for Opinion Research director Berwood Yost said. “If that works properly, then the changes that you see in the response are likely due to the different way things are presented to the person.”

Yost’s team put together a few different versions of one of the ballot questions, then randomly assigned each of the voters to answer one.

Some voters got to weigh in on this version: the word-for-word ballot question, written by the Department of State, as it will appear on the ballot.

“Shall the Pennsylvania Constitution be amended to change existing law and increase the power of the General Assembly to unilaterally terminate or extend a disaster emergency declaration—and the powers of Commonwealth agencies to address the disaster regardless of its severity pursuant to that declaration—through passing a concurrent resolution by simple majority, thereby removing the existing check and balance of presenting a resolution to the Governor for approval or disapproval?”

Other voters were asked to answer that question, but were given this context to read before they did:

“Most disaster emergencies in the commonwealth are weather related, for events such as floods, snow and ice storms. The governor recently issued emergency declarations for the COVID-19 pandemic and to fight the opioid and heroin epidemic.”

Another group read this plain-English version of the question:

“Should the Pennsylvania Constitution be changed so that the General Assembly can end or continue a disaster emergency declaration without needing the Governor’s approval?”

Researchers wrote that one and called it a “common language alternative.” A final group got that question and also read the context paragraphs.

All told, 42 percent of the group voted “yes” when they were shown the common language version, with or without context, while 25 percent approved the question as it will appear on the primary ballot. When voters in the group got to read the context along with the real ballot question, 37 percent answered “yes.”

“I think that’s because there are a couple of phrases in here..that might make them [voters] have a negative reaction,” Yost said.

In Yost’s view, phrases in the Department of State’s version like “removing the existing check and balance” and “unilaterally terminate” are primed to make people think twice about whether they want to allow the legislature to have greater power over state emergencies.

“That would traditionally be received negatively,” he said. “Plus, it’s too long and full of jargon that people don’t understand.”

Political scientist Sam Chen of Northampton Community College said he agrees that the ballot question may not be easily understood by many voters. Both Chen and Yost said that word choice affected the outcome of a 2016 ballot measure to change the retirement ages of the state’s judges.

A dispute over the wording of that initiative made it all the way to the Pennsylvania Supreme Court. It centered on a claim that the question as written by the GOP-controlled legislature was “manifestly deceptive” because it did not provide enough information to voters.

“Our language is built on context. Any political strategist knows this, any communications person knows this, and when those context clues are out, the same information can be interpreted very differently,” Chen said.

Of late, GOP state senators have accused Wolf’s Department of State of loading up a pair of ballot questions with charged language aimed at preventing them from being passed.

Other departments, like the Pennsylvania Emergency Management Agency, have responded on the governor’s behalf by publicly lauding the benefits of keeping the state’s current emergency powers intact.

Franklin & Marshall researchers did not ask their group of voters whether or how they would vote in Tuesday’s primary, and the results are not an indication of how the vote might go.

F&M’s research was conducted in partnership with America Amplified, a national public media collaboration focused on community engagement reporting. Over the past year, WITF has been an America Amplified partner.