The ability to charge fines or fees could weed out bad actors and prevent ongoing harm, experts say 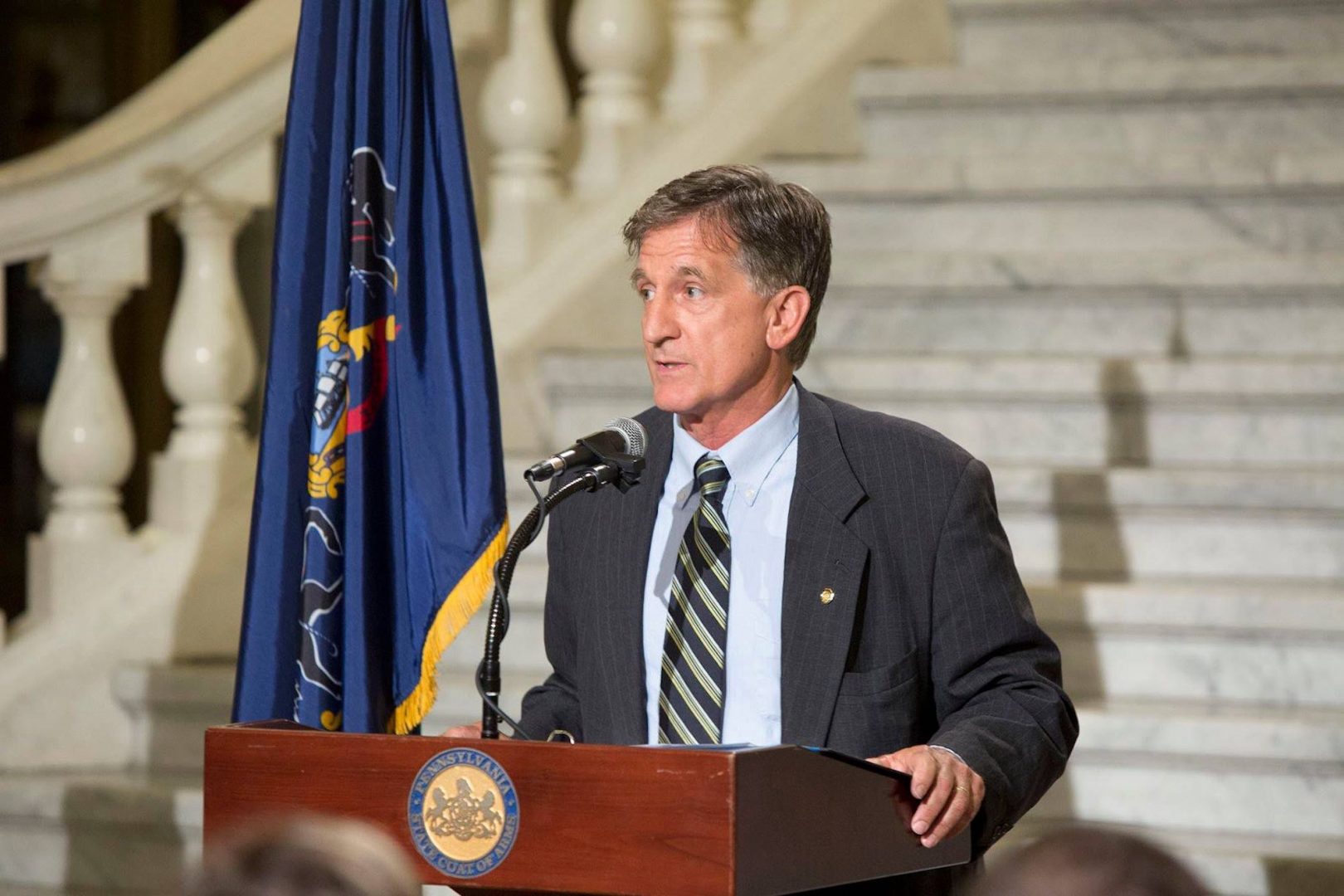 (Harrisburg) — On his drive to and from the state Capitol, state Rep. Mark Gillen often sees a state trooper’s vehicle.

That’s the argument Gillen is making as he tries to convince fellow lawmakers to give the Department of Drug and Alcohol Programs the power to fine licensed addiction treatment facilities for violating state rules.

The $431 million agency is in charge of inspecting more than 800 facilities that provide care to some of the most vulnerable people in Pennsylvania. The state is at the epicenter of the opioid epidemic, ranking among the top states for overdose deaths. 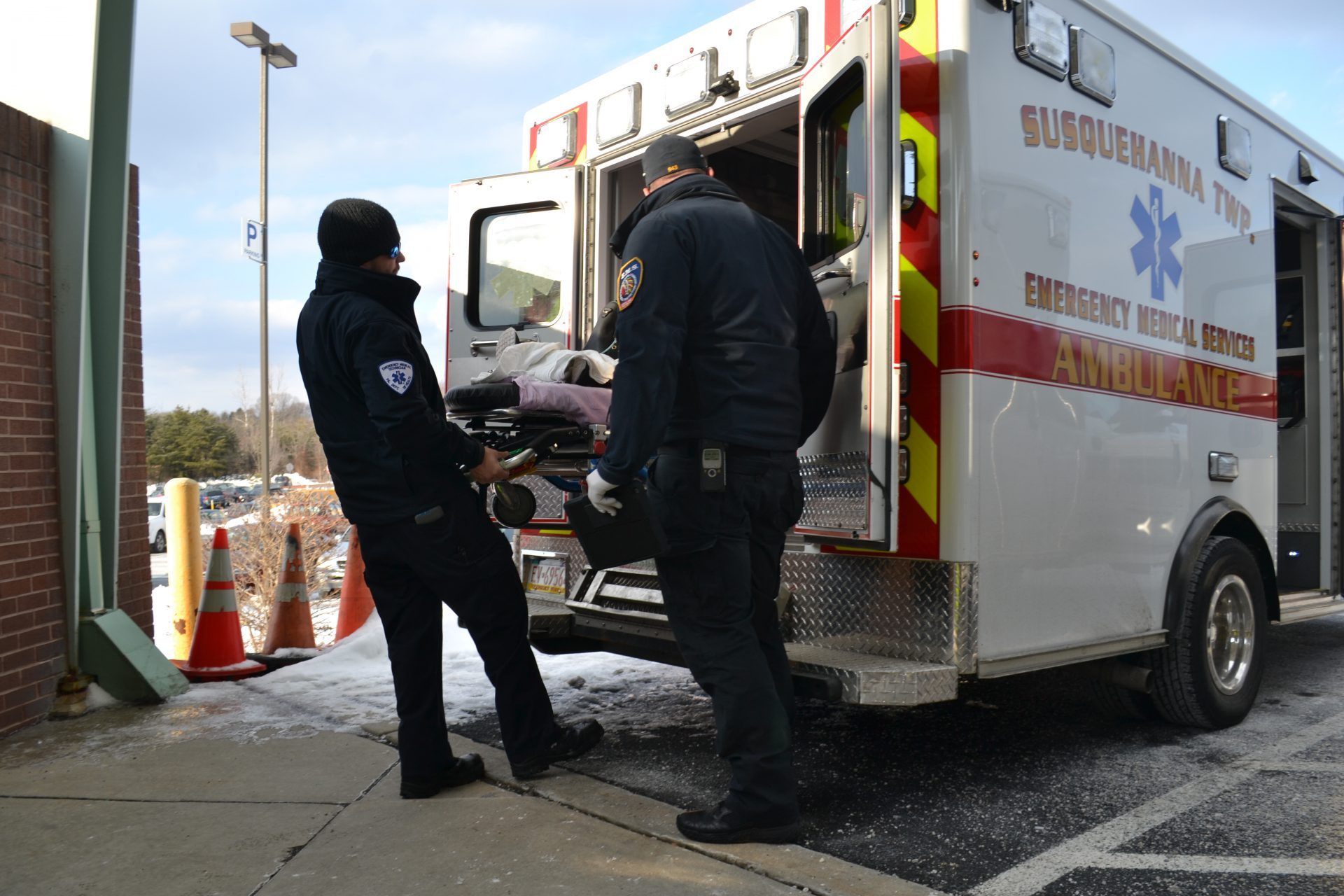 Lawmakers created the agency a decade ago to give substance use the attention they believed it deserved. But a recent Spotlight PA/KHN investigation found the department’s oversight focuses more on basic regulations rather than quality of care, and it has limited powers to punish facilities.

Inspectors can issue citations and require providers to submit plans of correction, but they can’t fine facilities for violations — a tool some in the industry say could weed out bad actors and prevent ongoing harm.

The department can also issue provisional licenses — a designation indicating a provider failed to meet several state requirements — tell a facility to reduce the number of clients it serves, or attempt to permanently revoke a license. But strong disciplinary action is rarely taken, the investigation found. As of early April, the agency had revoked just one treatment provider’s license since 2012.

Experts, state officials, clients, and facility employees who spoke to Spotlight PA and KHN raised a number of possible improvements including frequent unannounced inspections to give the department a more accurate view of a treatment facility’s typical practices. The public could also be given easier access to more information about past actions taken against facilities, as well as concrete measures to compare the quality of care across providers.

But based on interviews with lawmakers and a review of current legislative proposals, the legislature appears likeliest to consider giving the department the power to charge licensing fees or fines.

Gillen is currently soliciting support for his proposal and does not have a timeframe for formally introducing it. In the Senate, Judy Schwank (D., Berks) introduced legislation in December that would require the department to charge up to $2,000 for a standard license for treatment facilities, depending on the provider’s capacity. Her measure wouldn’t give the department the power to fine facilities, but a provider would face higher costs if it has received a provisional license.

“It would help provide the department with some much-needed resources,” Schwank told Spotlight PA. “They’re doing the best that they can, but I certainly wish that there was more oversight.”

Schwank’s previous efforts to advance similar legislation have gone nowhere, and already there’s resistance to her proposal as well as Gillen’s.

The Rehabilitation and Community Providers Association, a statewide group that represents about 60 organizations that provide licensed treatment and alcohol services, said the proposals would overburden already underfunded facilities.

Jason Snyder, director of the group’s drug and alcohol division, said any effort to reform the treatment system needs to take a holistic approach. He said chronic underfunding of Medicaid, a federal and state health insurance program primarily for people with low incomes, hurts providers and leads to low salaries and high turnover in the industry. He said one-off, punitive measures won’t improve quality.

“As lawmakers and the media seek to punish providers, it is those most in need of a system that will accept them who are ultimately going to be hurt the worst,” he said in a statement.

Schwank said she’s willing to negotiate on the right amount of money to charge, and Gillen said he’s not committed to a specific fine amount.

Schwank’s bill gained two new co-sponsors this week: state Sens. Art Haywood (D., Montgomery) and John Yudichak (I., Luzerne). Haywood is the minority chair of the Senate Health and Human Services Committee, the panel through which the legislation must pass to reach the full chamber.

“I realize that the legislative process in Harrisburg is like a 10,000-meter run. It takes a long time to get to the finish line. Nevertheless, without more authority, DDAP is severely limited,” Haywood said in a statement, referring to the Department of Drug and Alcohol Programs.

Yudichak supported a similar proposal for licensing fees last legislative session, and he signed on as a co-sponsor again after Spotlight PA reached out to his office this week. A spokesperson said it was an oversight that Yudichak didn’t sign onto the measure earlier.

Jennifer Smith, secretary of the Department of Drug and Alcohol Programs, supports Schwank’s bill. She said charging higher fees to providers that have received a provisional license could encourage better behavior or weed out facilities that continually receive violations.

“What you find, oftentimes, is the folks that are really in sad shape and doing a lot of violating often are financially in a lot of trouble, as well,” Smith told Spotlight PA/KHN in March. “And so if we’re adding to the financial burden, I think you’ll see those folks going out of business much more quickly.”

Still, Smith said relatively few providers “have really extensive lists of violations and complaints” and most are trying to do good work.

When asked about proposed fees and fines during a news conference last week, Smith told reporters the department should be reimbursed for the work it does to conduct inspections. She said the department would rather work with treatment providers to ensure they are meeting the regulations as the state tries to reduce the number of overdose deaths.

“What we need to do with the treatment provider community is really work with them, provide them technical assistance, make sure that they’re able to meet those regulatory requirements so that we have the capacity available,” Smith said.

Gene DiGirolamo, a former state lawmaker who sponsored the legislation that created the Department of Drug and Alcohol Programs, said he thinks licensing fees or fines are unnecessary.

“Although there are always ways to improve, the treatment programs are doing God’s work in the most challenging times in the past century,” DiGirolamo, now a Bucks County commissioner, said in a written response to questions. “The department, the programs, and the staff are doing difficult, difficult work.”

Marianne Sinisi lost her 26-year-old son, Shawn, to a drug overdose in 2018. She’s now the coordinator of the Families United for Change Foundation, an organization based in Blair County that tries to reduce stigma around substance use disorder.

She has a low opinion of many treatment programs, but she’s skeptical that financial penalties would lead to improvements. She thinks the system already places too much emphasis on paperwork.

“If they’d spend less time filling out the papers, maybe they’d have a heck of a lot more time taking care of the actual patient,” Sinisi said.

More broadly, lawmakers who serve on key committees say they support taking a closer look at the department’s work.

State Sen. Amanda Cappelletti (D., Montgomery), who serves on the committee that would consider Schwank’s licensing fee bill, said she thinks the measure could be a springboard for broader conversations about addiction treatment oversight, how inspection visits are conducted, the power the department has to close facilities, and the information it makes public about them.

The Spotlight PA/KHN investigation found the department makes little of what it knows about troubling facilities accessible to the public. The department does not post online the reports it collects about deaths and assaults, which represent some of the most concerning incidents at treatment facilities.

A separate review of recent state inspections by The Morning Call showed providers were not penalized for failing to make timely reports of at least 23 client deaths, as well as other serious incidents.

“We’ve really got to provide the funding and the resources necessary for DDAP to take control over the facilities,” Cappelletti said.

The fate of those efforts is uncertain. The lawmaker who chairs the Senate Health and Human Services Committee, Michele Brooks (R., Mercer), didn’t respond to interview requests or written questions.

In the House, Minority Leader Joanna McClinton (D., Philadelphia) said she supports closer monitoring of treatment facilities. Rep. Frank Farry (R., Bucks), chair of the House Human Services Committee, said he wants to meet with department officials and providers in the next few weeks to explore possible improvements and discuss whether the agency needs new power to oversee the industry.

“Do they have the tools and they’re not utilizing them?” Farry said. “Or do we need to get some new tools?”

In a statement, department spokesperson Ali Gantz said the agency is working on several initiatives to improve the drug and alcohol treatment system in the state and that people should not be afraid to seek help.

None of the lawmakers contacted by Spotlight PA raised the possibility of folding the Department of Drug and Alcohol Programs back into another state agency or agencies, but the idea was supported by Gov. Tom Wolf in 2017.

He argued that a single agency called the Department of Health and Human Services would be better positioned to support and coordinate services for people seeking treatment for substance use disorder.

That’s an idea backed by Elise Schiller, whose youngest daughter, 33-year-old Giana Natali, went to multiple treatment programs in Pennsylvania before dying of an overdose while in treatment in Colorado in 2014, she said.

Since then, Schiller has worked to improve the addiction treatment system in Pennsylvania. She served on a Philadelphia opioid task force and has advocated for creating a supervised injection site in the city.

Separating drug and alcohol programs from other departments, Schiller said, reinforces the idea that addiction is separate from other medical issues: “We would not have a separate department for diabetes.”