Part of the U.S. Steel FILE PHOTO: Edgar Thomson Works in Braddock, Pa. is seen from a yard overlooking the plant on Thursday, May 2, 2019. U.S. Steel said on Friday, April 30, 2021, that it is canceling a $1.5 billion project to bring a state-of-the-art improvement to its Mon Valley Works operations in western Pennsylvania.

Toomey ‘perplexed’ by U.S. Steel’s cancellation of $1.5B upgrade to Pennsylvania plants 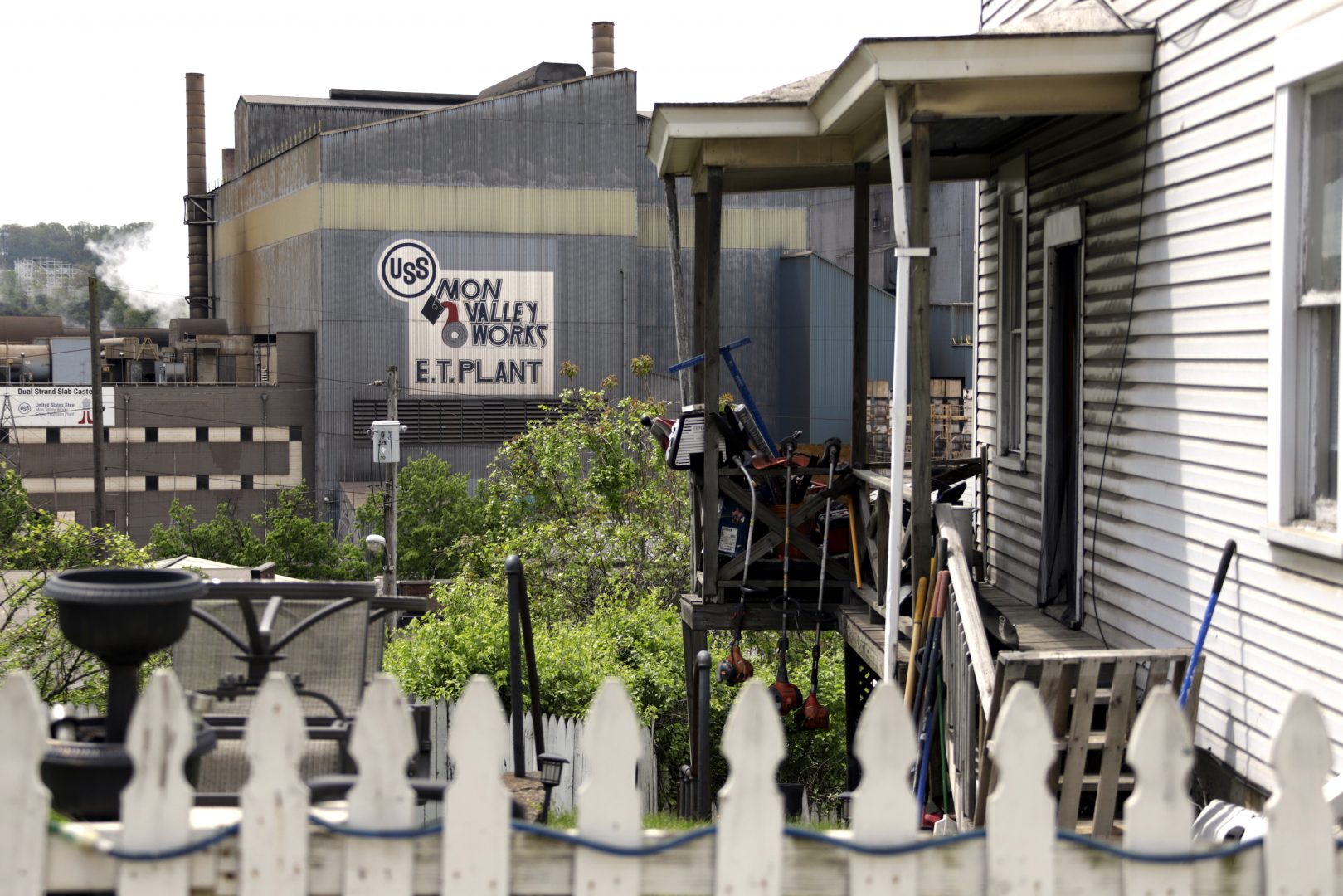 Part of the U.S. Steel FILE PHOTO: Edgar Thomson Works in Braddock, Pa. is seen from a yard overlooking the plant on Thursday, May 2, 2019. U.S. Steel said on Friday, April 30, 2021, that it is canceling a $1.5 billion project to bring a state-of-the-art improvement to its Mon Valley Works operations in western Pennsylvania.

(Pittsburgh) — Local labor and industry are still reeling from U.S. Steel’s decision to scrap major upgrades to its plants in the Mon Valley. And on Wednesday, Pennsylvania Sen. Pat Toomey said he is also “perplexed” by the decision.

“Honestly, I’m not sure who to blame for this, and that’s why I’m asking questions – I’ll be speaking with folks at the company very soon,” the Republican said. “And I think we do want to understand what could have happened here, because it certainly seemed like a great project that had a lot going for it.”

“Why did this look like a good project two years ago, and then two years later it’s all over?” Toomey asked.

The $1.5 billion investment, which U.S. Steel unveiled in May 2019, would have preserved 3,000 steel jobs and created 1,000 construction jobs while also cutting carbon emissions. U.S. Steel announced Friday that it would instead move production elsewhere, including to a non-unionized facility in Arkansas that it bought earlier this year.

Toomey said U.S. Steel’s decision was “devastatingly disappointing … I thought we were on the path to upgrade these facilities so we’d be making steel to world-class standards, as clean as anybody makes steel anywhere in the world.”

Globally, iron and steel account for about 7% of carbon dioxide emissions.

Toomey made his remarks at a gathering of labor, energy, and manufacturing representatives in Pittsburgh. The event was held by Pittsburgh Works Together, a coalition of labor unions, workforce development organizations, and corporations, including U.S. Steel.

Shortly after the company’s announcement Friday, Pittsburgh Works was quick to blame the Allegheny County Health Department, saying the agency’s permitting process was too slow.

U.S. Steel complained that it had waited two years for air permits, but the health department said in a statement that the company had agreed to pause the process due to the coronavirus pandemic. Even during that six-month delay, the department added, it had worked “proactively” to keep moving the project along.

The permitting process, which involves a complicated series of analyses as well as a public comment and hearing period, can take a year to complete in ordinary times, according to the health department.

“Yes, they were dealing with a pandemic – we all understand,” Jeff Nobers, executive director of Pittsburgh Works, said Wednesday. But he added, “business can’t wait two years.”

Local elected officials said, however, that they were blindsided by U.S. Steel’s announcement. Democrats such as Allegheny County Executive Rich Fitzgerald and Pennsylvania Lt. Gov. John Fetterman noted that they had embraced the project ever since it was unveiled in 2019.

Separately, during his stop in Pittsburgh Wednesday, Toomey reiterated his calls to shrink President Biden’s $2.3 trillion infrastructure plan. In addition to calling for spending on roads, bridges, and water systems, Biden’s proposal includes investments in care for the elderly, workforce development, and efforts to combat climate change

Toomey said the package should be limited to physical infrastructure, which he said could include broadband and improvements to the power grid.

“Let’s not launch a whole bunch of new programs that have nothing to do with infrastructure,” he said. “Where the common ground [between Democrats and Republicans] is is actual infrastructure. It’s the roads and bridges and highways and airports and the things that we all understand are infrastructure.”

Toomey and several other Republicans have proposed a competing plan. It would spend $568 billion on infrastructure, making it just one-quarter of the size of Biden’s proposal. And unlike Biden, the GOP would not include corporate or international tax hikes or any changes to President Trump’s 2017 tax cuts. Instead, the Republican plan would reallocate existing funds and impose fees on people who use infrastructure, including electric vehicle drivers.