Even if the Legislature approves a temporary window, victims with potential claims against the Diocese of Harrisburg could be barred from suing 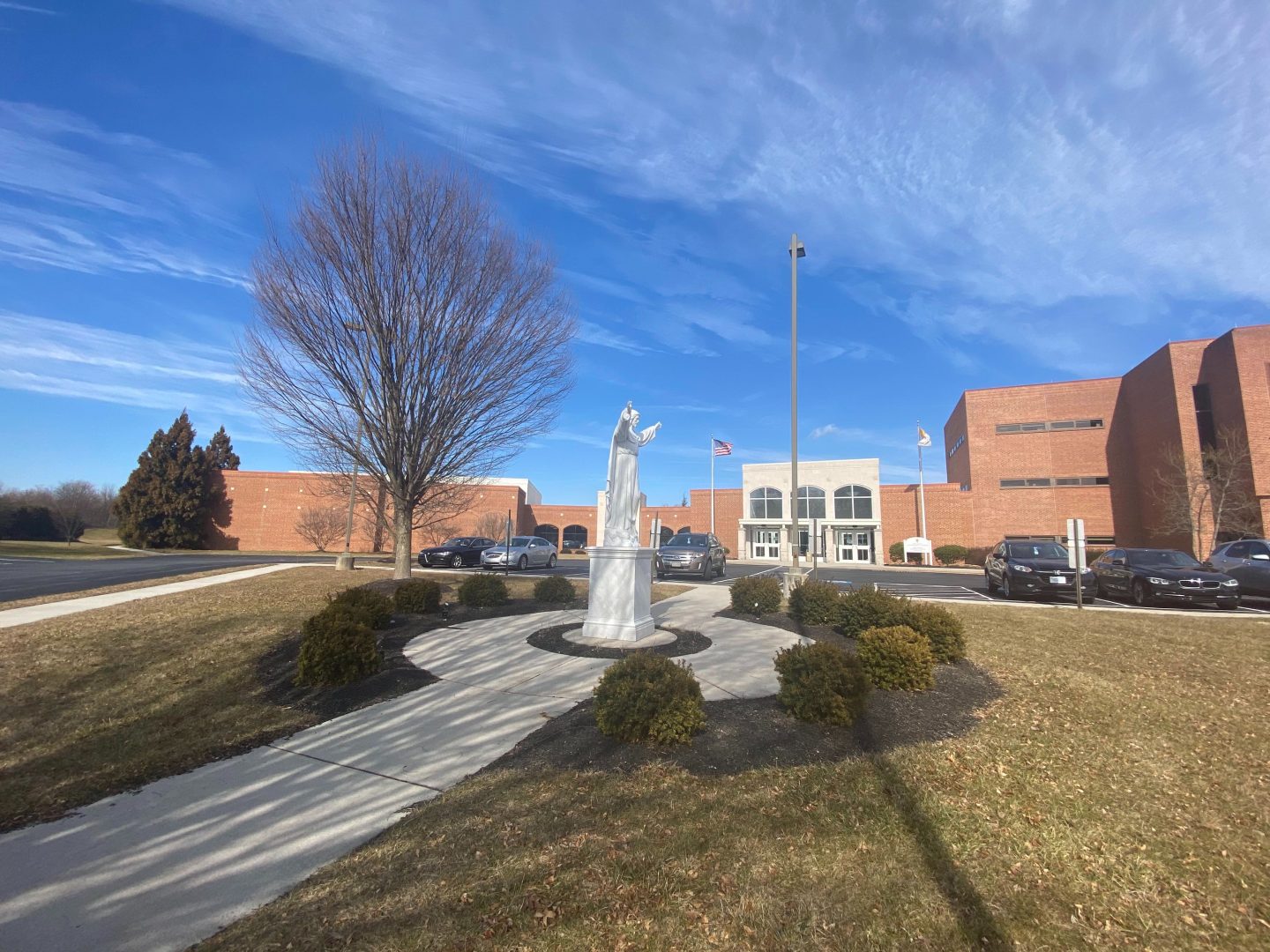 (Harrisburg) — The Catholic Diocese of Harrisburg, one of the largest dioceses in the commonwealth, gained national attention by filing for bankruptcy last year.

The 15-county diocese became the first — and to date only — Catholic diocese in Pennsylvania to file for bankruptcy. The filing followed the 2018 40th Statewide Investigating Grand Jury report, which found that church leaders had for decades covered up heinous child sex crimes at the hands of hundreds of priests.

Bankruptcy cases are famously long, and one year into the case, the respective parties are nowhere near a resolution.

In the meantime, victims of child sex abuse — particularly those abused as children by Catholic priests — have endured setbacks in their efforts to reform laws that barred them from justice. Now, their efforts to force dioceses to pay for their misdeeds are about to play out against a unique scenario.

The Pennsylvania Legislature is under pressure to pass legislation that would temporarily revive expired statutes of limitations, allowing scores of victims to seek justice even if the abuses occurred decades ago. Lawmakers are close to passing a bill that would give victims a two-year window to go to court.

The monkey wrench: As part of its bankruptcy settlement agreement, the Diocese of Harrisburg could stipulate that individuals who had potential claims against the diocese but did not join the bankruptcy case could be barred from suing the diocese, its insurers and parishes.

In response to a question from PennLive regarding the possibility of this specific scenario, a spokesperson for the diocese said: “(T)he court set the bar date of November 13, 2020. All claims against the Diocese that occurred prior to the February 19, 2020 bankruptcy filing date had to be submitted by the bar date.”

The Diocese of Harrisburg continues to work “in earnest” with the federal bankruptcy court and interested parties through the reorganization process, the spokesperson said.

“While the COVID-19 pandemic has led to some delays, progress is being made to reach a resolution that acknowledges the harm suffered and provides for meaningful and fair compensation for survivors,” the diocesan spokesperson said. “We continue to offer support to survivors and to offer our deepest apologies for the pain survivors’ of abuse have experienced.”

Penn State law professor Marie T. Reilly, an expert in bankruptcy cases out of the Roman Catholic Church, explains that the diocese could negotiate a settlement that reduces its future liability, barring any lawsuits beyond the pending settlement with the 59 people who have filed a claim in the bankruptcy case.

So even if the Legislature approves a temporary window, victims with potential claims against the Diocese of Harrisburg could be barred from suing, she said.

“If the Diocese of Harrisburg is able to confirm a plan in its bankruptcy case, it likely won’t be affected if the Legislature passes claims revival legislation,” Reilly said.

Such a settlement plan would not impact victims with claims in other Pennsylvania dioceses or other organizations (as long as they haven’t confirmed bankruptcy plans as of the effective date of the legislation).

Another factor is looming. There’s a case before the Pennsylvania Supreme Court that could set a precedent and challenge the perennial defense that victims cannot sue because their statute of limitations have long expired.

The case, Rice v. Diocese of Altoona-Johnstown, makes its arguments on charges of conspiracy and fraud on the part of the diocese.

In 2019, the Superior Court found merit in Renee Rice’s claim that the diocese had committed conspiracy when it failed to protect her from a priest who repeatedly sexually molested her during the 1970s and 1980s, when she was between the ages of nine and 14. The court ruled that the statute of limitations did not apply because Rice had not learned the full scope of the information on clergy sex abuse until the 2018 grand jury report released its findings.

The Supreme Court has yet to hear the case. Its outcome is certain to bump up against the impact of pending legislation and the bankruptcy case. Ultimately in Pennsylvania, federal bankruptcy law could collide with state law.

“The alignment of the stars as we are seeing here in Pennsylvania has never happened before,” Reilly said. “Every state has its own statute of limitations law, so it’s complicated. Each state is different so the outcome of negotiations over terms of plans in one state can’t be compared to what is happening in another state. Pennsylvania is in its own situation. There is no precedence for it.” 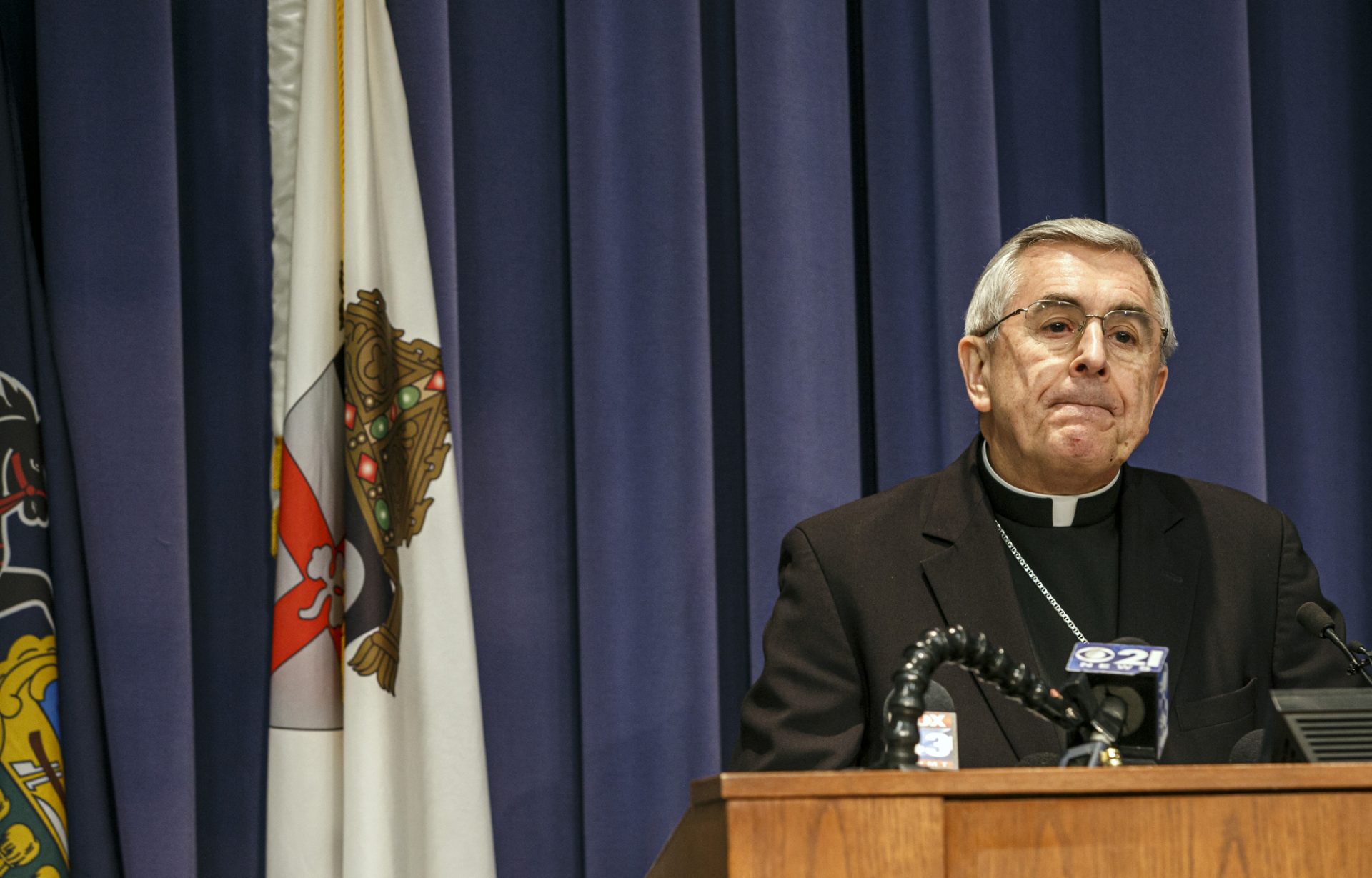 All dioceses are ‘nervous’

Until the Rice case, Catholic dioceses relied confidently on the statute of limitations defense. The Rice case presented enough of a troubling prospect for dioceses to compel the Diocese of Harrisburg and its insurers to worry about liability.

“It has all the dioceses in Pennsylvania nervous,” Reilly said. “Harrisburg was sufficiently nervous that it filed for bankruptcy.”

Victims and advocates strike an optimistic tone that the Legislature will finally approve legislation that would give victims a temporary window to sue.

“We may actually get this done this time,” said Rep. Mark Rozzi (D-Berks), a victim of clergy sex abuse who has for years spearheaded the efforts to reform state law.

Past attempts to reform the law have failed repeatedly. Victims were close earlier this year when the Wolf administration missed a critical deadline that effectively killed a ballot referendum for the May 18 primary.

Now, lawmakers are on the cusp of changing state law. The legislation, which would establish a two-year retroactive window for victims to file civil lawsuits, is in the hands of the Senate. With Senate approval, it would go to Gov. Tom Wolf.

“It’s been a bit of an emotional rollercoaster,” said Robert Kugler, a Minnesota attorney representing the 59 plaintiffs in the Diocese of Harrisburg’s bankruptcy case.

“Certainly if the legislation gets passed, it will have an impact on the case and where the case goes,” Kugler said. “It’s difficult to say whether that makes the case harder or easier but certainly it changes the focus and will force it to take on a new light.”

Kugler has served as counsel in nine bankruptcy cases, including the landmark case in the St.Paul and Minneapolis Diocese. Even so, the extraordinary circumstances in Pennsylvania confound him. 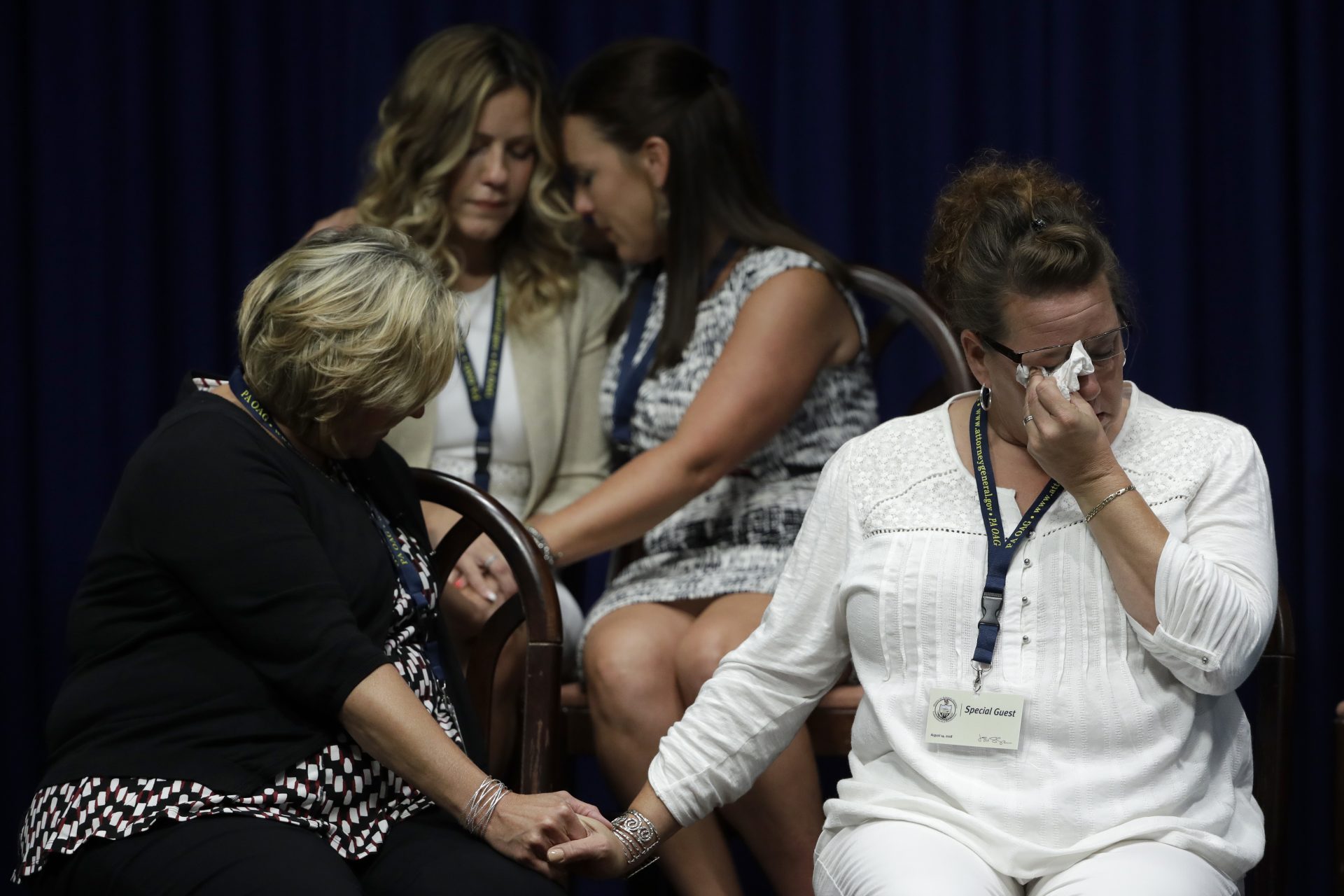 FILE PHOTO: In this Aug. 14, 2018 file photo, victims of clergy sexual abuse, or their family members, react as Pennsylvania Attorney General Josh Shapiro speaks during a news conference at the State Capitol in Harrisburg, Pa.

What about the payouts?

Neither the Diocese of Harrisburg nor the remaining other Catholic dioceses in Pennsylvania have any idea of the number of potential victims that would be prompted by a retroactive window to file lawsuits.

The 2018 grand jury report cited that thousands of minors had been sexually abused by more than 300 priests over the span of decades. Many of the priests have died, as have many of the victims. Several attorneys noted that the fact that only 59 victims filed under the Harrisburg bankruptcy case is indicative of the number of potential cases outstanding.

In New York, since the lifting of statute of limitations, approximately 300 victims have come forth. Nationwide, 85,000 victims have filed claims against the Boy Scouts of America.

As of April 2021, a total of 29 Catholic religious organizations in the country have sought bankruptcy protection; 10 are pending, including the Harrisburg diocese.

Bankruptcy cases out of the Catholic Church have underscored the complexity of religious debtors that adhere to canon law, not to mention the hot-button issue of religious liberty. Still, victims seldom get bonanza payouts in Catholic bankruptcy settlements, largely because in nearly every case, regardless of assets, the dioceses reduce their liability.

“Bankruptcy cases are very expensive,” Kugler said. “It is hard for a diocese to sustain itself and the cost of a bankruptcy case, however the pay off for doing that is enormous.”

Legal experts widely agree that victims in the Archdiocese of Milwaukee settlement got virtually nothing. In 2015, the archdiocese agreed to pay $21 million to around 330 victims of abuse. BishopAccountability.org ranks Milwaukee’s settlement 27th in the nation terms of compensation. It had the fourth largest victims pool.

“They got pennies on the dollar,” Reilly said.

Conversely, the payout in the St.Paul and Minneapolis Diocese bankruptcy case was historic.

In 2018, after nearly four years of legal wrangling, the diocese and more than 400 survivors agreed to a $210 million settlement, the largest such settlement in the nation. (In 2007, the Los Angeles Archdiocese reached a $660 million settlement with victims but it was not in bankruptcy court.)

Kugler notes that what the St. Paul and Minneapolis Diocese achieved through the bankruptcy case is perhaps more important than the cost associated with bankruptcy.

“They have been free of bankruptcy for three years and are working hard to rebuild their community and trust,” Kugler said. “They are out from underneath a dark cloud. They would say it’s liberating.”

Historically in bankruptcy cases, dioceses have never been held to the full standard of federal bankruptcy law. Indeed, survivors have typically negotiated in good faith.

Long term, the potential achievement out of bankruptcy for a diocese like Harrisburg could far outweigh the legal costs associated with the case.

“If they file and go through bankruptcy and get releases and insurance money gets paid out, they get a fresh start,” Kugler said. “They get to move on from this horrible circumstance. What they can achieve is important for them that’s why they are willing to undergo the cost associated with bankruptcy.”