Dejywan Floyd is charged in the fatal shooting of Julie Eberly, 47, of Manheim.

Dejywan Floyd, 29, of Lumberton, was arrested early Thursday at an apartment complex, the Robeson County Sherriff’s Office said in a news release.

Floyd is charged in the fatal shooting of Julie Eberly, 47, of Manheim. The arrest comes a week after Eberly was killed when shots were fired from a car on Interstate 95, just north of Lumberton, as Eberly and her husband were driving to the beach to celebrate their wedding anniversary. Ryan Eberly was not injured.

The sheriff’s office said an investigation revealed a road rage encounter unknowingly developed after the victim’s GMC Yukon came close to Floyd’s Chevrolet Malibu during a merge into a lane. Floyd then allegedly pulled to the victim’s passenger side, where Julie Eberly was seated, rolled down his window and fired multiple shots into the passenger door. Witnesses said the suspect then drove off. Ryan Eberly was not injured.

In addition to the murder charge, Floyd is also charged with discharging a weapon into an occupied property. 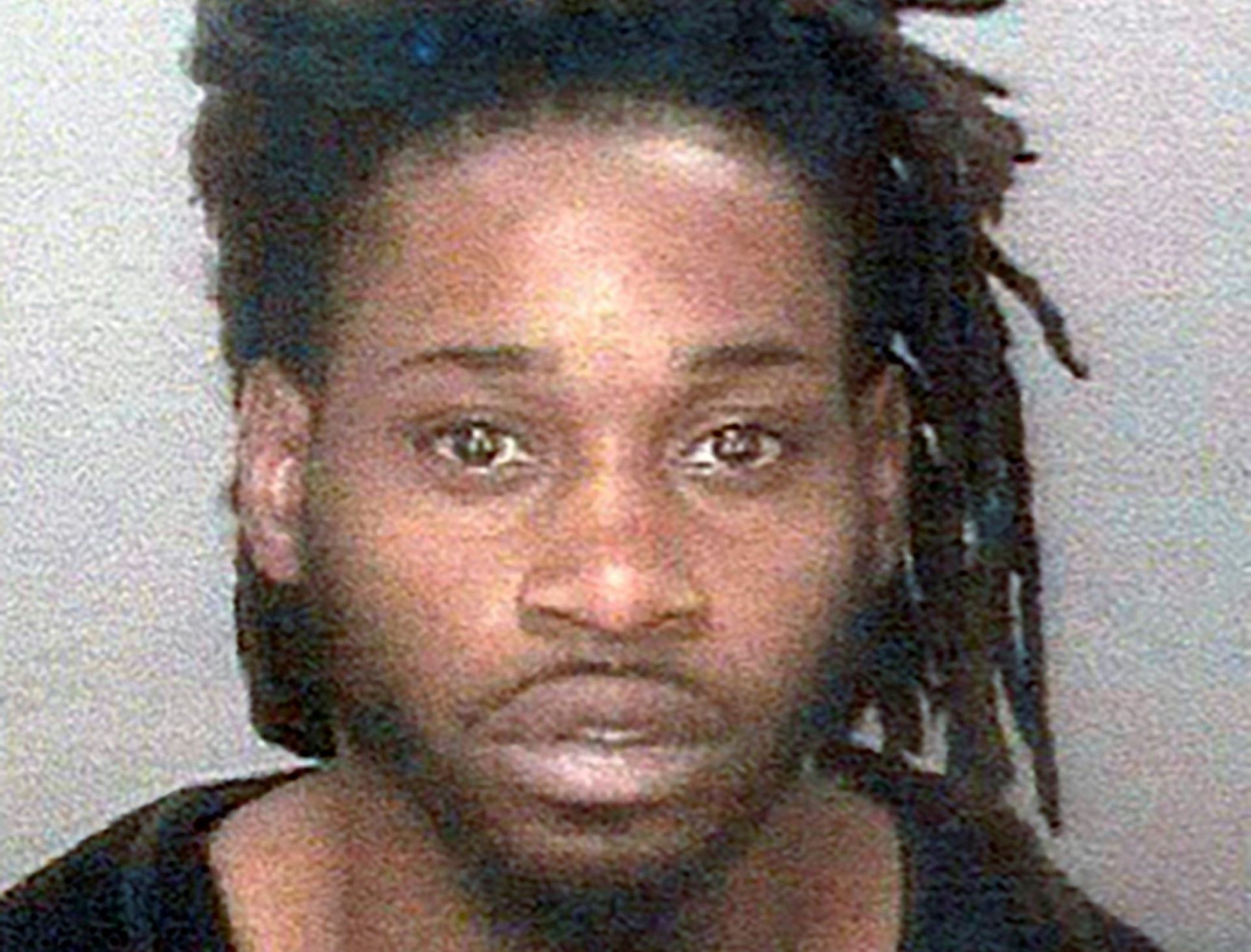 This Thursday, April 1, 2021, photo provided by the Robeson County Sheriff’s Office, in Lumberton, N.C., shows Dejywan Floyd, of Lumberton. Floyd has been charged with first-degree murder in a road rage shooting the week before that left a Pennsylvania woman dead.

Sheriff Burnis Wilkins said surveillance footage provided by dozens of businesses and residents helped track Floyd’s path before and after the shooting.

“Regardless of the circumstances, no one deserved to be murdered while traveling our nation’s highways,” Wilkins said in the release.

Ryan Eberly told LNP for a story published Monday that he may have accidentally forced another driver over to the shoulder of I-95 when he switched lanes before seeing the other car, but that he did not escalate the situation.

Eberly said he had switched into the right lane to go around a slower driver and became aware of the Malibu driving on the shoulder. The Malibu’s driver rolled his window down and gestured, Eberly said.

Eberly said he responded by gesturing that he was sorry and returned to the left lane. Moments later, he noticed the Malibu following closely behind him before the driver then pulled alongside, rolled down the window and started shooting, Eberly said.

“I looked over. The passenger window of my car was shattered. My wife called my name,” Eberly said.

Floyd is being held without bond in the Robeson County Detention Center. It could not be immediately determined if Floyd has an attorney who could comment.

Floyd has served several prison terms over the last decade for assault with a deadly weapon, breaking and entering, possession of a firearm by a felon and other charges, according to state prison records.