Ban on meal, lodging payments for Pa. lawmakers introduced as constituents sound off in anger

The bill has just four co-sponsors, a reflection of how difficult it is to garner support in Harrisburg for measures that pare back government perks. 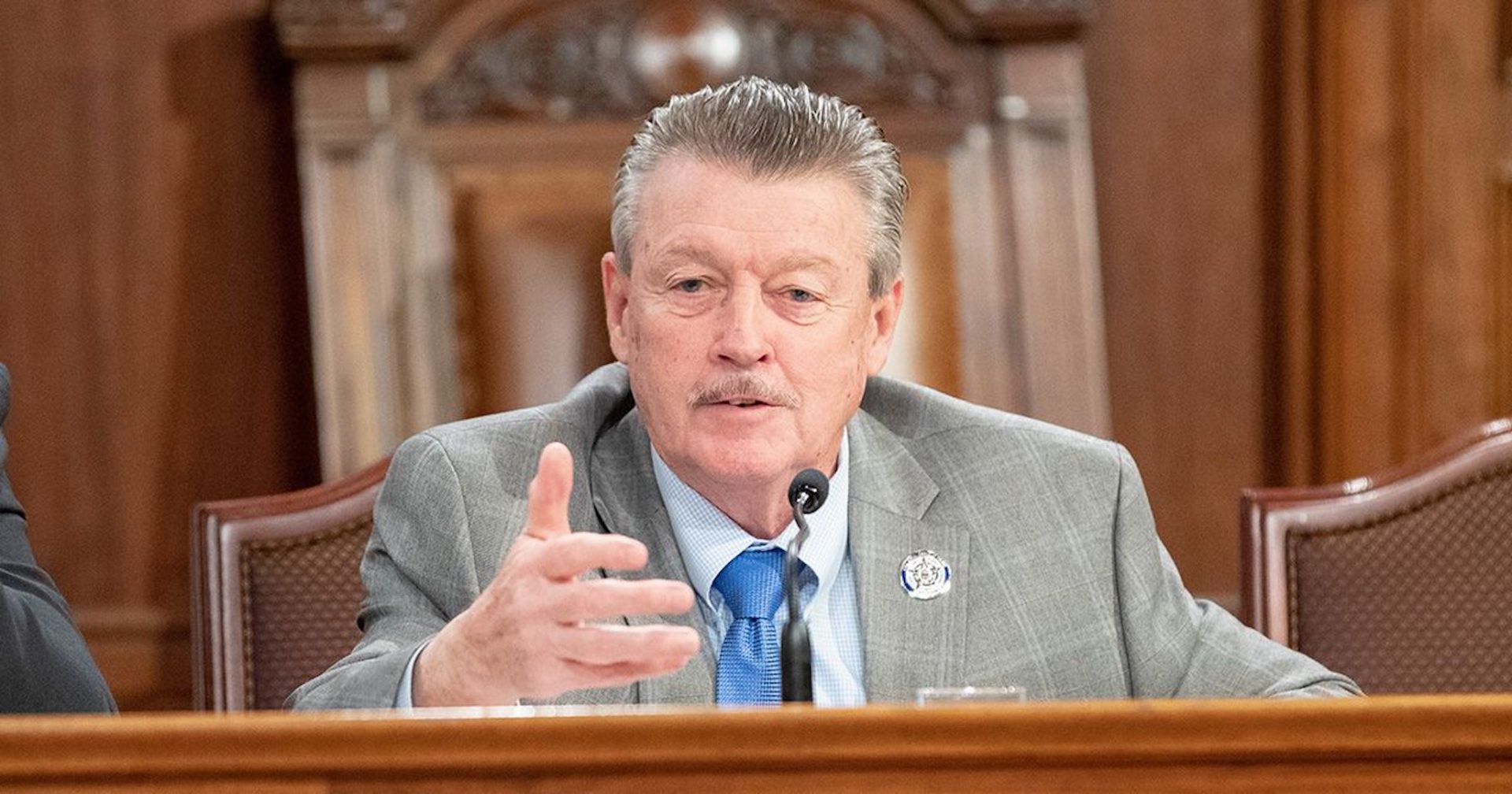 (Harrisburg) —  Declaring it was time to eliminate perks in the legislature, a Democratic state senator this week introduced a bill to prevent lawmakers from cashing in on per diems: the generous reimbursement for lodging and meals during voting days in the Capitol that they can receive without even having to provide receipts.

The announcement came days after Spotlight PA reported that despite being allowed to attend voting sessions remotely last year, Pennsylvania’s legislators requested and received $726,877 in per diems during the height of the coronavirus pandemic. Two Democratic House representatives padded their salaries by an additional $24,000 each, the analysis found.

You can see if your lawmaker requested the payments here.

Sen. Jim Brewster (D., Allegheny) said he was re-introducing the per diem ban, along with three other government reform bills, because “we will have tough decisions ahead as we rebuild our economy … and sacrifice has to be shared.”

The bill has just four co-sponsors — a reflection of how difficult it is to garner support in Harrisburg for measures that pare back government perks. Brewster has proposed the same bill three times in the past, with no success. And at least one Republican on the House side has also tried several times and failed.

Still, Brewster said he was optimistic: “I think the time is ripe for some serious self-reflection in the General Assembly that will give us momentum this time.”

Members of the public who contacted Spotlight PA agreed. Some expressed outrage. Others questioned why lawmakers receive generous perks. 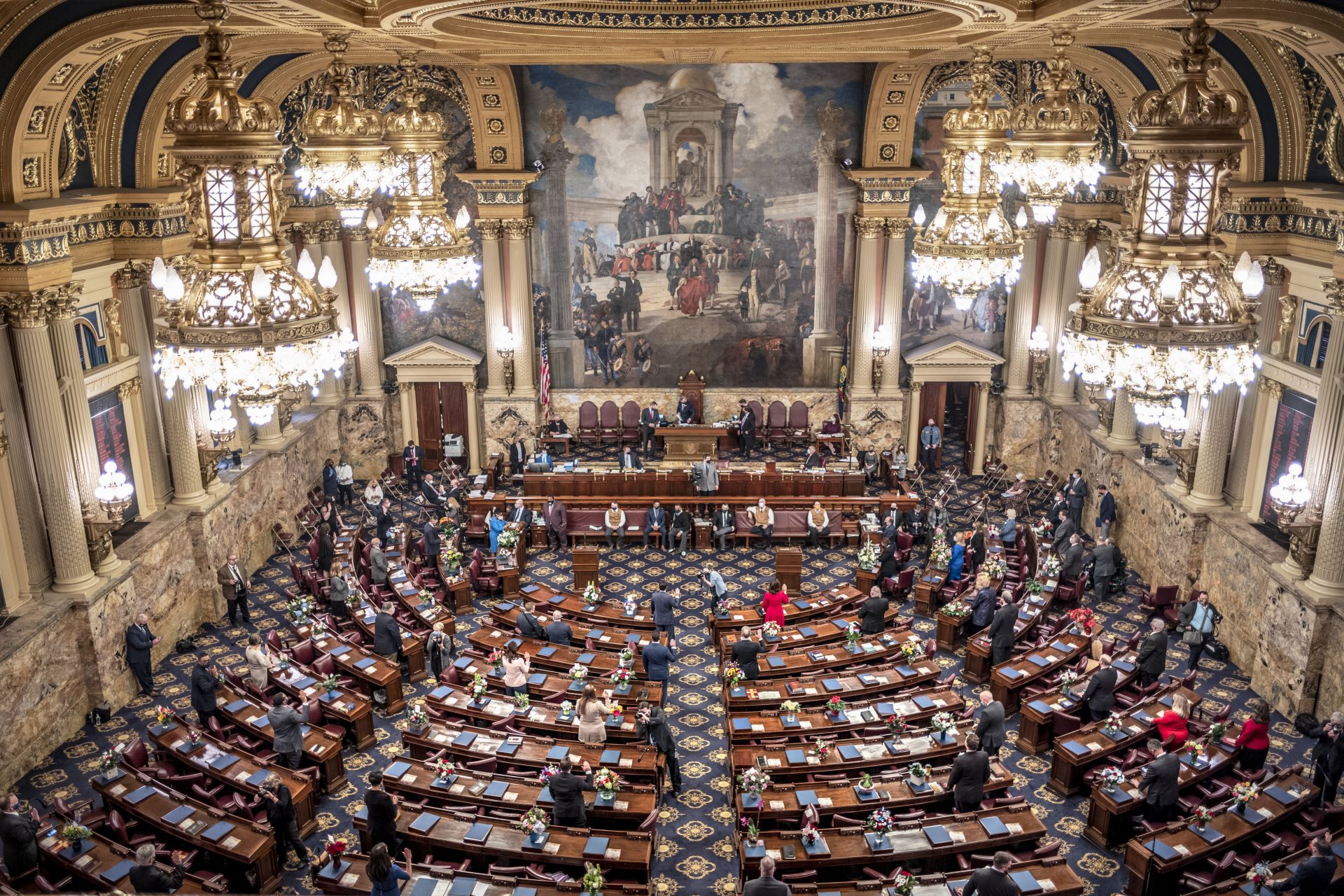 One fourth of the Pennsylvania House of Representatives is sworn-in, Tuesday, Jan. 5, 2021, at the state Capitol in Harrisburg, Pa. The ceremony was held in four separate sessions to provide for social distancing due to COVID-19. The ceremony marks the convening of the 2021-2022 legislative session of the General Assembly of Pennsylvania.

Below are some of their questions and observations:

“We need to decrease the number of our legislators! Too many/too expensive.” —Linda C.

With 50 members in the Senate and 203 members in the House, Pennsylvania has the largest full-time legislature in the country. Its lawmakers earn more than colleagues in 47 states.

Over the last decade, there have been several attempts to shrink the legislature’s size, but none were successful. Part of the problem: Such a change requires amending the state Constitution, which is a lengthy and time-consuming process. Both chambers have to pass a bill in two consecutive sessions. Voters would have the final say, deciding the matter through a statewide referendum.

“They should have to punch a time clock and turn in receipts.” —Bruce S.

Over the years, there have been accounts of “ghost voting” in the legislature — when a lawmaker casts a vote on behalf of an absent colleague. In general, lawmakers are required to be on the floor to be marked present in the chamber, but there is flexibility in the Senate for members who are in their districts (and not physically in the Capitol) to cast votes.

House operating rules are stricter, stating that, with few exceptions, “no member shall be permitted to vote and have his or her vote recorded on the roll unless present in the Hall of the House during the roll call vote.”

“One of the largest, most overpaid, and underproductive legislatures in the country. What a disgrace.” —Jill A.

Pennsylvania’s lawmakers make the third-highest salaries for state lawmakers in the country, according to an analysis by the National Conference of State Legislatures.

The base salary for a Pennsylvania lawmaker is $90,335, but leaders make substantially more. Majority and minority leaders in both chambers, for instance, make $130,884. The Senate’s president pro tempore makes $141,019. Despite being a “full-time” legislature, many lawmakers have second jobs and other sources of income, as well.

Last month, a Spotlight PA analysis found that out of 140 laws enacted in 2020, only 27 directly addressed problems brought on by the pandemic.

“Shameful…why can’t they ZOOM like everyone else?” —Doris T.

After the pandemic hit, the House approved temporary rules that required certain legislative leaders and committee chairs to be physically present in the Capitol to formally consider legislation. Rank-and-file members, however, were allowed to submit votes remotely, though they could not participate in debate.

Though many took advantage of the pandemic-related requirements, lawmakers who decided to show up in person defended their decision, saying it was important to them and their constituents to actively participate in legislative business. Some of those same lawmakers, however, failed to follow health guidelines while on the floor.

“Why are we paying for their meals? Amount of money they get paid they can afford to buy their own food. Some of them got over $450 a week in per diem. That’s plain wrong to screw us over. Us common folk have to pay for our own meals when we work. Talk about wasting taxpayer money.” —Greg Y.

It is common in states across the country, particularly in geographically large ones, for lawmakers to receive reimbursement for lodging and meals. Still, Pennsylvania has some of the most generous per diem rates.

Florida, for instance, paid lawmakers $152 per day in 2020 and capped the number of days they could receive payments at 50 for senators and 60 for representatives. In Pennsylvania last year, the full per diem rate generally ranged from $178 to $200 per day with no cap.

“This is craziness! They were not even in session half the time! —Ron P.

Lawmakers typically work under a Monday-through-Wednesday voting schedule when in the Capitol, spending the remainder of the week in their districts. But that doesn’t mean the legislature meets for a voting session every week.

“Why do we have people doing part-time work getting full-time pay. —Steve K.

Legislators say that when they are not in the Capitol for a voting day, they are in their districts, meeting with constituents and attending local meetings and events. But many of them do hold second jobs and receive income from other sources.