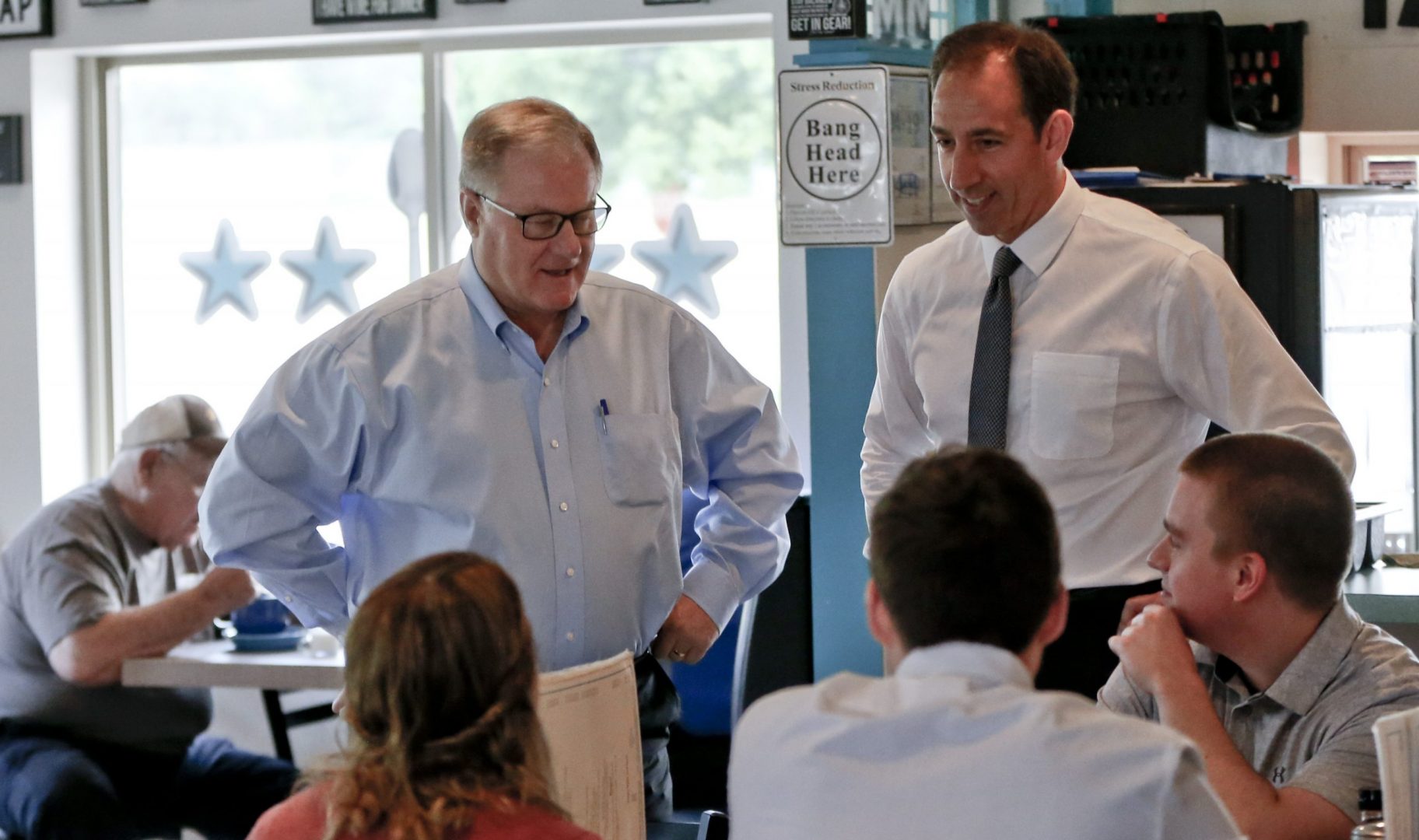 In a video announcing his campaign, Bartos didn’t mention Wagner — instead stressing his appreciation for small businesses and talking about the nonprofit he co-founded in the midst of the pandemic, the Pennsylvania 30 Day Fund, which raises money to extend forgivable grants to businesses.

“When people look around and see their elected officials spending more time attacking each other than attacking the problems that are crippling the community, they get fed up,” he said in the video. “I looked at that and said I have to do something about it. And you know what, I did.” 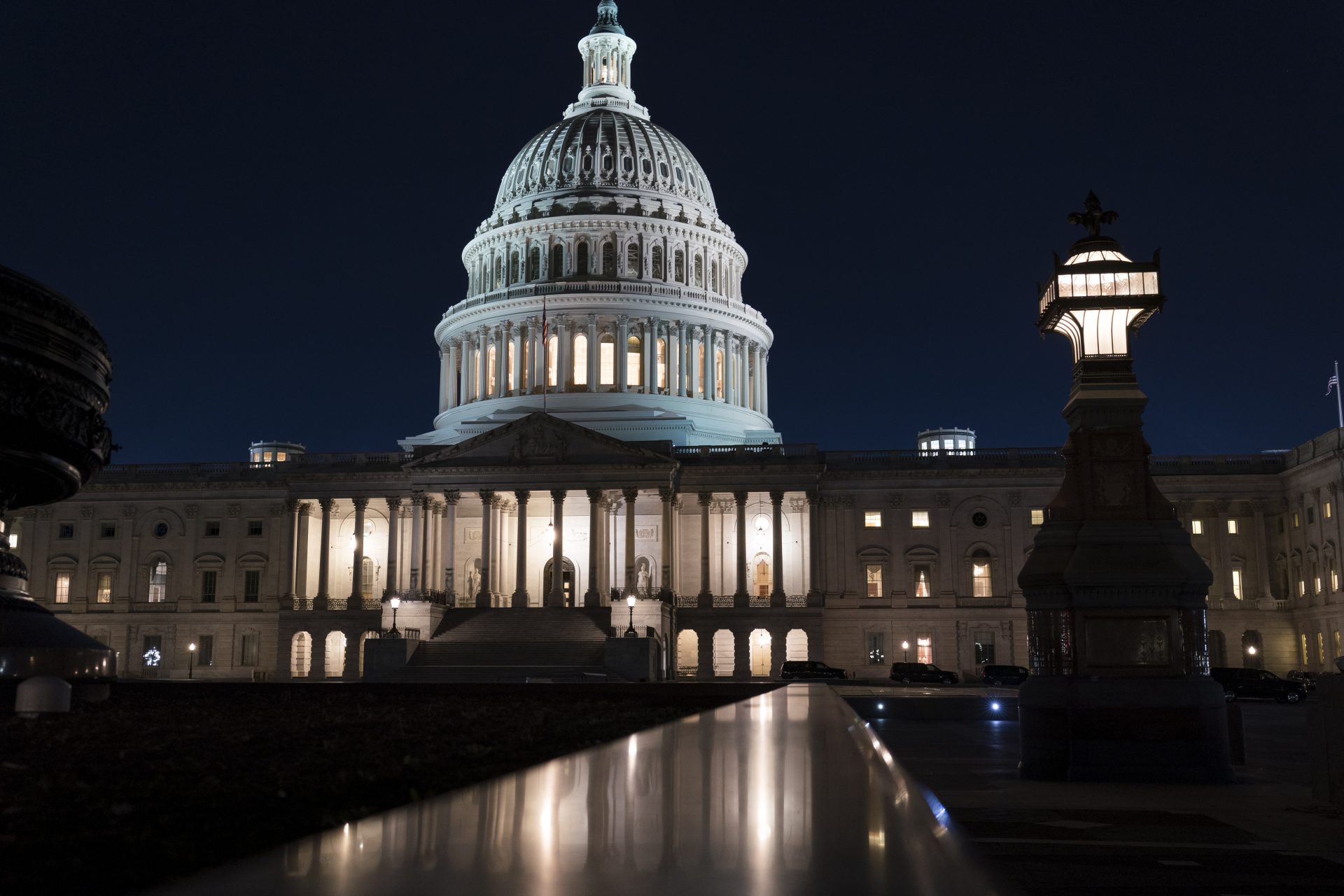 The Capitol is seen at dusk as work in the Senate is stalled on the Democrats’ $1.9 trillion COVID-19 relief bill, in Washington, Friday, March 5, 2021. Senators plan to continue to vote on amendments through the night. (AP Photo/J. Scott Applewhite)

Bartos also said he’s skeptical of the pandemic aid the federal government handed down, saying it “continues to step in, time and again, in a way that favors the big companies at the expense of the little companies.”

It’s a critique that has been expressed across the political spectrum, with progressives like Sen. Bernie Sanders (I-VT) pushing for stricter guidelines around aid to larger businesses.

Despite his issues with the way federal aid was disbursed under President Trump’s administration, Bartos also sought to avoid alienating the former president’s formidable group of supporters.

“Donald Trump represented someone listening to millions of Pennsylvanians who felt like no one was fighting for them,” he said in the video.

Bartos did not immediately respond to a request for comment. 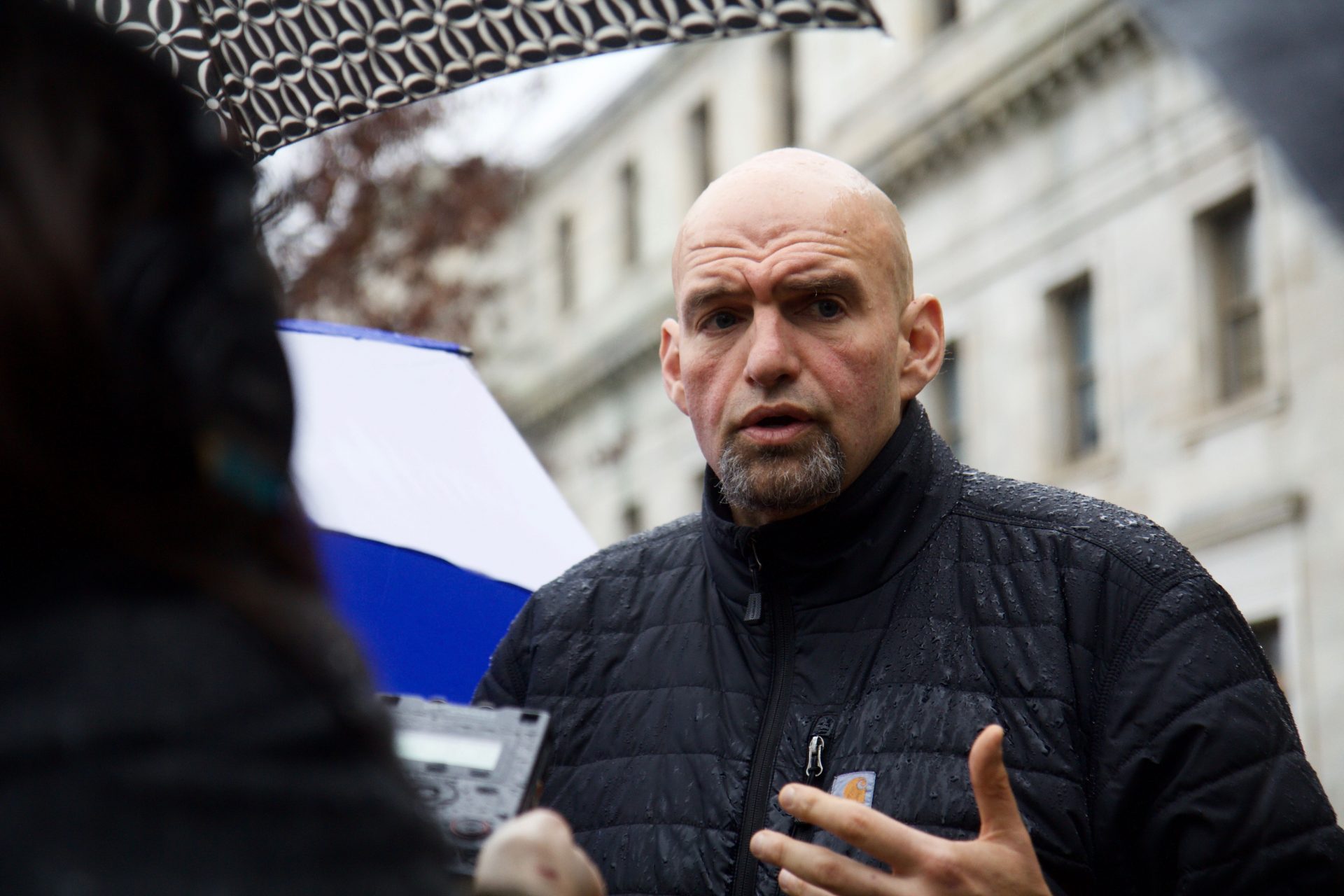 Bartos is so far the highest-profile candidate to jump in on the Republican side. But several others are considering joining him, including former Chester County GOP Congressman Ryan Costello, who is expected to launch an exploratory committee soon, as well as several current members of congress.

Going into the race, Bartos does have something the other GOP hopefuls likely don’t: an apparently genuine friendship with one of his Democratic opponents, Fetterman.

The two met during the 2018 gubernatorial race, as they crisscrossed the commonwealth with their running mates — and they got along.

“Jeff is a good guy and a good friend,” Fetterman commented on Twitter. “I welcome him to the race.”

$13B in virus relief bill headed to Pennsylvania governments