Thousands of Trump supporters gather outside the U.S. Capitol following a "Stop the Steal" rally on Jan. 6. They stormed the historic building, breaking windows and clashing with police. Nearly two months later some 250 rioters are facing charges, including Richard Michetti of Pennsylvania.

A Pa. man called his ex a ‘moron’ by text while storming the Capitol. She turned him in

One of the rioters accused of storming the U.S. Capitol on Jan. 6 was turned in by his ex-girlfriend after sending her several videos and texts from the scene, including one calling her a “moron,” court documents show.

Richard Michetti is facing charges of knowingly entering a restricted building, violent entry and disorderly conduct on Capitol grounds and obstruction of justice/Congress, according to a Feb. 17 criminal complaint. The Ridley Park, Pa., resident was arraigned Tuesday in U.S. District Court in Philadelphia and released on unsecured bail with electronic monitoring, reports the Morning Call.

Michetti is represented by Philadelphia-based federal public defender Kathleen Gaughan, according to the Morning Call. She did not respond to a request for comment.

A 10-page statement of facts details Michetti’s texts to the unnamed woman on Jan. 5 and Jan. 6, in which he repeated conspiracy theories about the presidential election being stolen and described the chaotic scenes unfolding at the Capitol complex. She reported him to law enforcement the following day, turning over his personal information as well as texts, videos and photos. 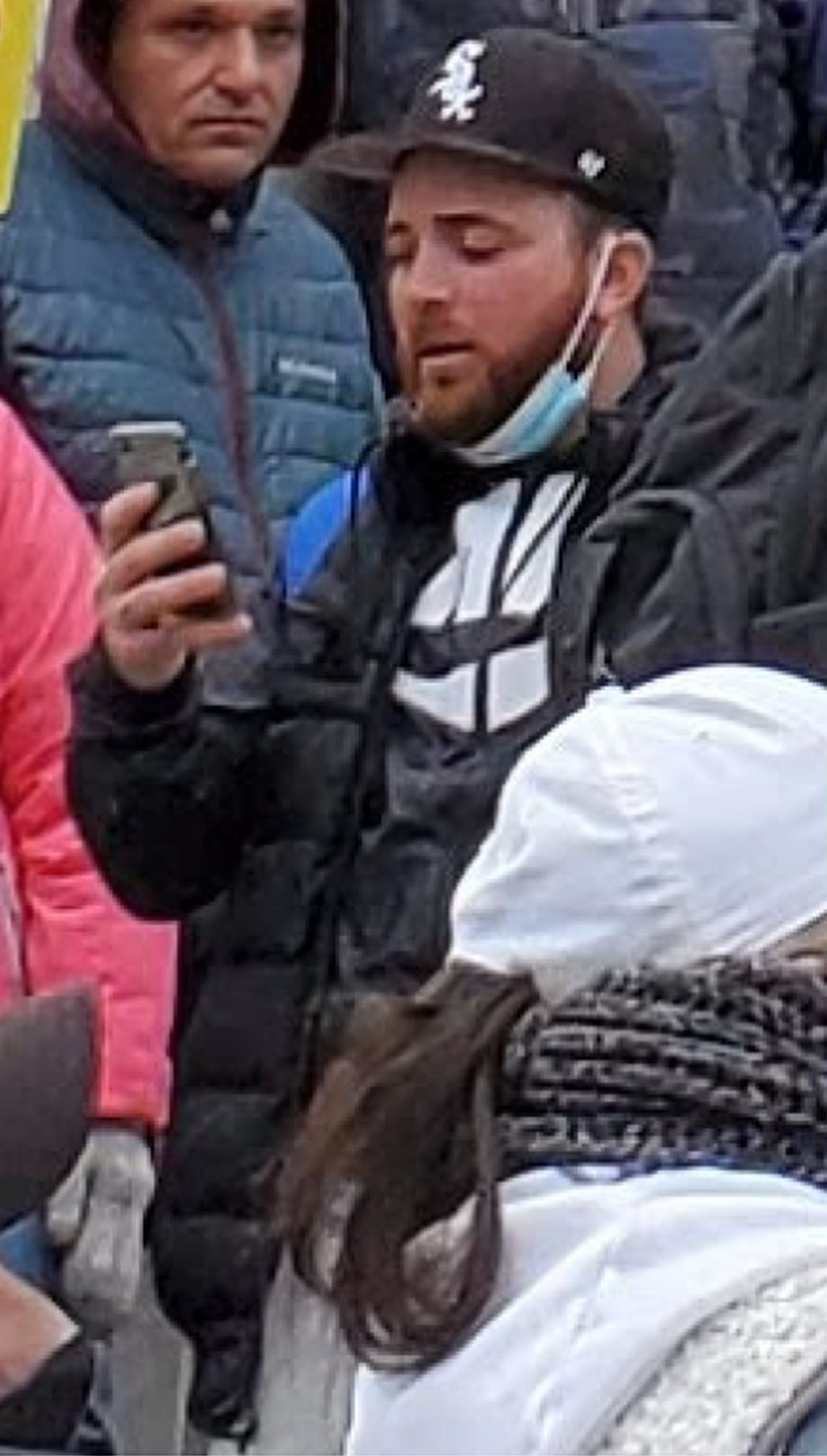 Richard Michetti seen outside the U.S. Capitol on Jan. 6 in a photo submitted to U.S. District Court by the FBI. Machetti is facing charges of knowingly entering a restricted building, violent entry and disorderly conduct on Capitol grounds and obstruction of justice/Congress. (Court Document/FBI)

Their text exchanges indicate she had tried to push back on his baseless claims of election fraud.

“If you can’t see the election was stolen you’re a moron,” Michetti texted her at approximately 4:26 p.m. ET. Minutes earlier, according to an NPR timeline, then-President Trump had tweeted a video repeating his claims of a stolen election and downplaying the insurrection.

“I understand your point but what I’m saying is [Witness 1’s name] the election was rigged and everyone knows it,” he wrote in a series of texts about an hour and a half later. “All’s we wanted was an investigation that’s it. And they couldn’t investigate the biggest presidential race in history with mail in ballots who everyone knows is easy to fraud.”

The day before the riots, Michetti told his ex over text that he was taking a train to Washington, D.C., which she later told law enforcement was because he believed the election had been stolen. Portions of the videos he sent the next day show him on the grounds of the Capitol, while others appeared to have been filmed inside the building, the statement said.

Just after 2 p.m., Michetti texted the woman that “it’s going down here we stormed the building they building they held us back with spray and teargas and paintballs.” Minutes later, he wrote, “Gotta stop the vote it’s fraud this is our country.” In other messages, he wrote that his eyes were burning and that thousands of people were storming the building.

At around 2:44 p.m., according to the court document, Michetti sent two videos to the woman, one showing rioters inside the building and one showing protesters yelling and waving flags while walking around a large interior room.

(At that exact moment, NPR’s timeline shows, rioter Ashli Babbitt was shot as she tried to gain entry to the Speaker’s Lobby of the House chamber. Hers is one of five deaths associated with the riots.)

Law enforcement used additional clues to identify Michetti and place him at the scene. For instance, they said his ex-girlfriend was able to positively identify him in a photo that had been submitted to an FBI tip line, in which he can be seen standing on the Capitol steps in a large group of rioters.

Officials were then able to spot Michetti in additional footage from inside the building, based on his description and clothing — a Chicago White Sox baseball cap, blue backpack, dark hoodie and tan pants.

The FBI also obtained a printed copy of a receipt from a Washington, D.C., hotel located approximately one block from the U.S. Capitol, showing that Michetti checked in on Jan. 5 and checked out the following day.

Michetti is one of more than 250 people facing charges in connection with the riots, according to an NPR tracker. He will reportedly appear in U.S. District Court in Washington by video on Monday.