This community vaccination clinic in Sullivan County last month could serve as a model for other places in the state where access to vaccine providers and other limitations pose distribution challenges.

Forced to compete for COVID-19 vaccines, some older people in Pa. are struggling to book appointments 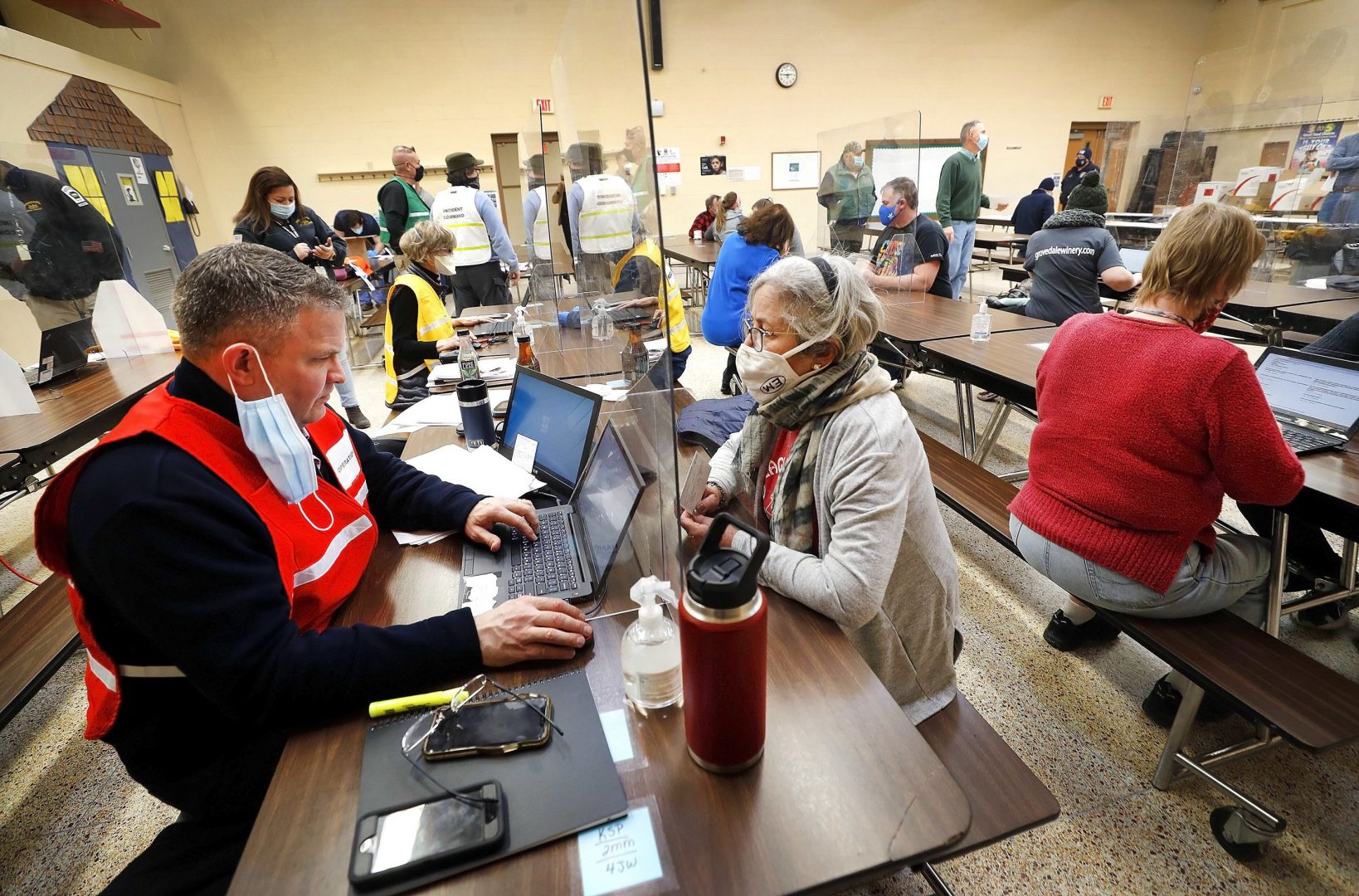 This community vaccination clinic in Sullivan County last month could serve as a model for other places in the state where access to vaccine providers and other limitations pose distribution challenges.

(Harrisburg) — Like many older Pennsylvanians, Charles Wilkins and his wife Sherri have been “holed up” in their Fayette County home for almost a year.

Curbside pickups and takeout have replaced shopping trips and evenings out at restaurants. Video conferences have become a stand-in for everything from Sherri’s Zumba classes to the worship services at their church.

As they’ve learned, they are far from alone. When the state on Jan. 19 said all people 65 and older as well as younger people with certain conditions could get the vaccine, something like 4 million Pennsylvanians suddenly became eligible.

Since then, Charles and Sherri have spent about an hour online every morning searching for an available vaccine appointment. They start on the state’s website, where a map shows area providers. From there, they place calls, send emails and fill out forms.

So far, they’ve gotten one reply back—from the county health department—saying it would contact them when shots were available.

“I’ve tried Giant Eagle. I’ve tried Rite Aid,” Wilkins said. “No matter which one you try to get on, they’re jammed full.”

One county away in Allegheny County, 42-year-old David Missenda and his wife have had much better luck in Pittsburgh.

When the state expanded eligibility, the Missendas were quick to see if they qualified. Their 2-year-old daughter Brigid has T-cell lymphoma and is undergoing weekly chemotherapy treatment that leaves her immune system compromised.

After David confirmed he and his wife were eligible to get the vaccine to help protect their daughter, he said they “carpet bombed” the websites of clinics and pharmacies all over Pennsylvania with requests.

Like Charles and Sherri Wilkins, that didn’t get them anywhere, other than on a couple standby lists. But their luck changed when they took their search to Facebook.

As the parents of a two-year-old with cancer, they had a compelling story on the social media platform. They found a pharmacist looking for people to contact in case they had extra doses. Within hours, they were rolling up their shirt sleeves to get their first doses.

“It’s basically having connections and being in social media groups,“ Missenda said.

Though Missenda feels lucky they were able to get vaccinated, he said the present system isn’t fair for people who don’t have those connections or know how to mine Facebook for resources.

“I look at it from an engineer’s standpoint,” he said, referring to his profession. “It’s poorly planned, and it’s poorly executed. If it was a project I was doing for a client it is nothing I would want to deliver to my client.”

In the more than three weeks since Pennsylvania expanded who is eligible to get the vaccine, inequalities in the state’s rollout are showing up:

A lack of targeted outreach and translated materials have left some Latinos behind, according to a recent Spotlight PA report.

Doctors running vaccine clinics in Black Philadelphia neighborhoods have struggled to keep white people from taking those appointments, according to a WHYY report.

And, a recent Kaiser Family Foundation study shows just 10 percent of Pennsylvanians 65 and up have been able to get at least one dose of vaccine. People 65 and older face significantly higher hospitalization and death rates than younger people overall. 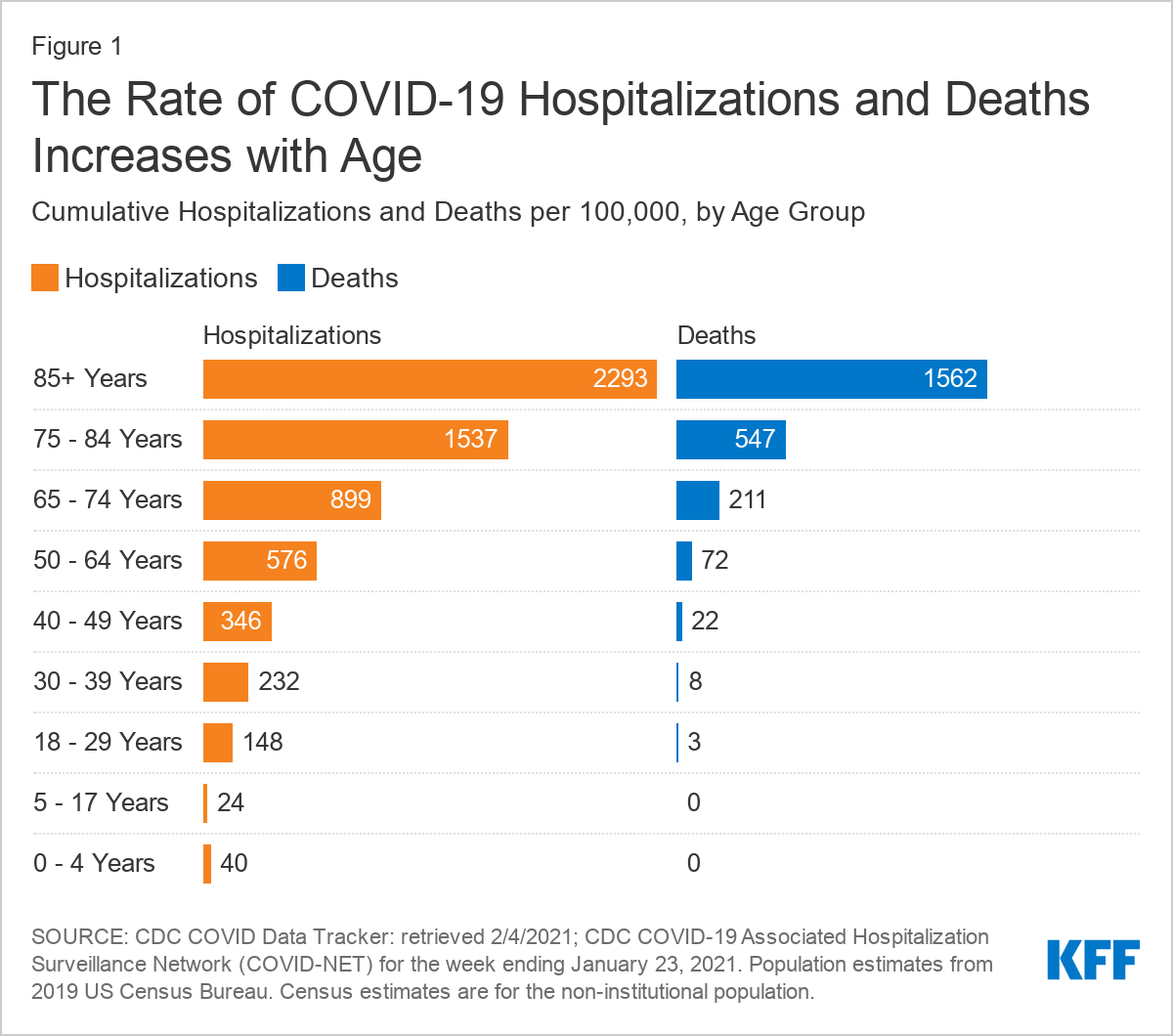 The state’s vaccine rollout has drawn criticism from Republicans and Democrats.

Without any central registration system, people are left to navigate the state’s interactive map and contact individual pharmacies and health systems. More than a dozen people shared their experiences with Transforming Health, describing a patchwork of websites that eat up a person’s time and offer few prospects of a follow up.

Among other inequalities, older people find themselves competing with younger and sometimes more tech-savvy people to book their appointments. In some cases, social media and internet skills are giving those younger people an edge.

The state acknowledges it’s a problem. At a Thursday news conference, Democratic Governor Tom Wolf said that a person’s place in line shouldn’t be based on how well they can use the internet.

He said a bipartisan group of state officials is meeting to discuss options to improve access for vulnerable people.

Wolf and Pennsylvania Department of Aging Secretary Robert Torres pointed to area agencies on aging and two hotlines as resources for older Pennsylvanians. However, they promoted those efforts on Facebook and Twitter, once again leaving out those who do not use those platforms, and leaving it to news teams to spread the message on local TV stations.

We set up vaccine support services at Area Agencies on Aging and staffed phone lines to help PA’ians 65+ get connected to vaccines:

“There is no formal mass media campaign running at this time, as vaccine supply is so limited,” said Department of Aging spokeswoman Karen Gray. “However, we continue to utilize formal and informal channels to conduct outreach in communities through community-based organizations that serve these older adults every day.”

Gray noted the state plans to contact the state’s 275,000 people who qualify for prescription assistance through the PACE program with postcards, letters and phone calls. The state’s PA Link resource is also working with area agencies on aging to find ways to advertise.

Back in Pittsburgh, David Missenda says he is grateful that his daughter Brigid has a hopeful prognosis, and that he and his wife will soon get their second doses of vaccine, giving them one thing less to worry about while they take care of the 2-year-old.

In neighboring Fayette County, Charles Wilkins said he and his 70-year-old wife are holding out hope they’ll get vaccinated so they can visit her mother, who is 98 and lives in a nursing home.

“I think one of the most important things to us right now is being able to go see her mom up in Rochester, New York,” Wilkins said. “Her birthday was February 7th, and the last time we were there was a year ago, and well, we haven’t been able to go back since.”

Trying to schedule an appointment to get the vaccine? Share your experience with Transforming Health:

People with intellectual disabilities are often overlooked in pandemic response