Actor Hal Holbrook appears during an interview in his New York apartment on Feb. 8, 1973. Holbrook died on Jan. 23 in Beverly Hills, California, his representative, Steve Rohr, told The Associated Press Tuesday. He was 95.

Actor Hal Holbrook, who played Mark Twain longer than Twain himself, dies at 95

"There was real bite and a certain amount of savagery in that performance, but people loved it." 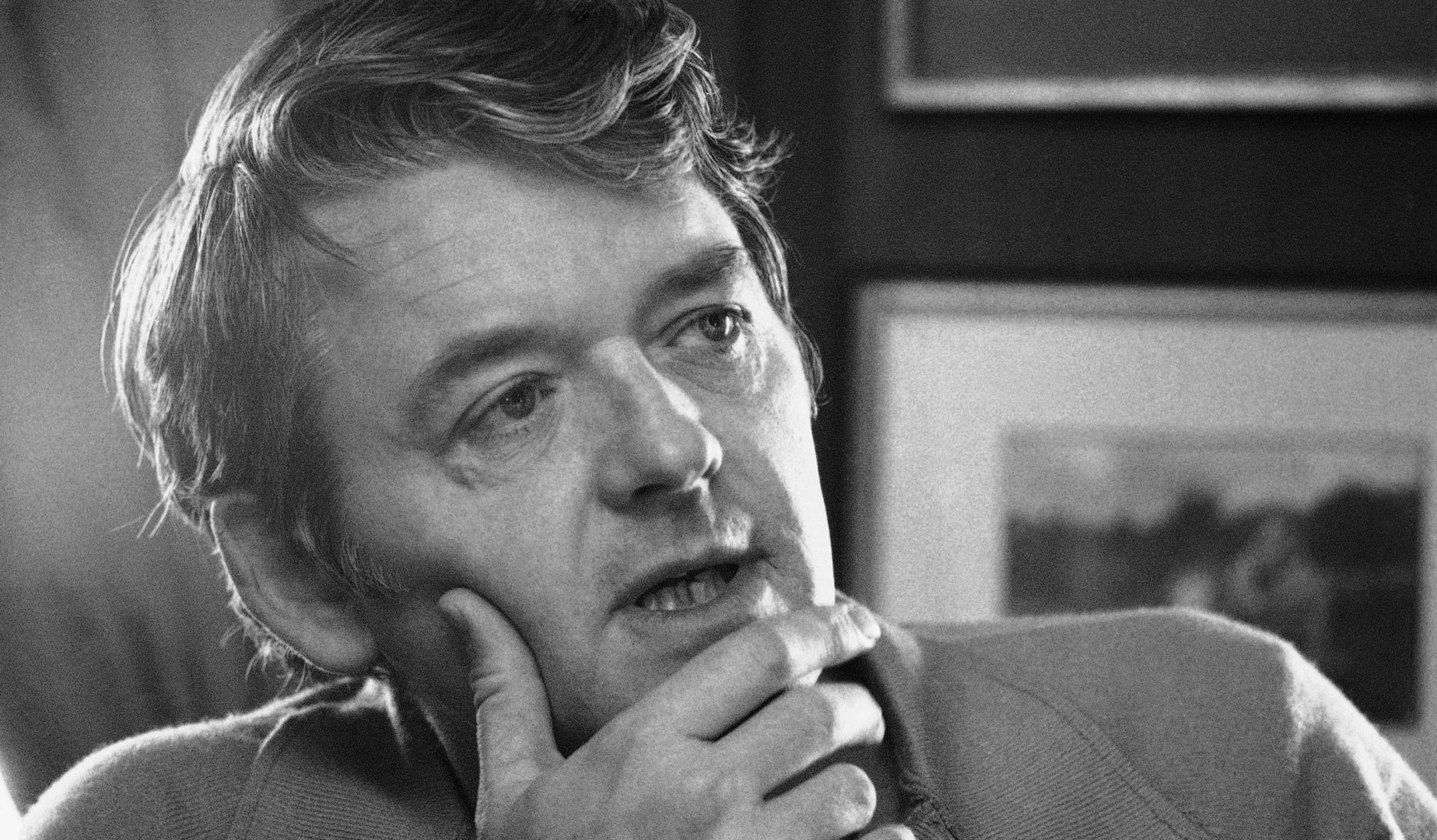 Actor Hal Holbrook appears during an interview in his New York apartment on Feb. 8, 1973. Holbrook died on Jan. 23 in Beverly Hills, California, his representative, Steve Rohr, told The Associated Press Tuesday. He was 95.

(Washington) — Actor Hal Holbrook was the voice in the shadows of a parking garage in All the President’s Men, and a Tony Award winner for his depiction of Mark Twain. He died at his home in Beverly Hills on Jan. 23. He was 95.

In his long-running one-man show, Mark Twain Tonight, Holbrook brought the crotchety Southern humorist to life through acerbic monologues. Twain was the pen name under which Samuel Clemens created classic American characters like Tom Sawyer and Huckleberry Finn. Holbrook performed the show for more than six decades, playing the role of Mark Twain longer than Clemens himself did.

“There was real bite and a certain amount of savagery in that performance, but people loved it,” said Holbrook’s friend and film critic Richard Schickel in a 2009 NPR interview. “Hal made [Twain] lovable [through] some strange connection he had made with Twain’s character.”

For any other actor, this might have been a one-time stunt, but for Holbrook, it made his career. He first tried on Twain’s trademark white suit right after college and continued to wear it long after he stopped needing the made-up wrinkles.

Holbrook said he never stopped finding fresh humor in the lines he had first memorized decades ago. In 2008, he told NPR that he always laughed at the Twain quote, “There are shoals and shoals of fools out there, running around outside the asylum, exhibiting some form of specialized insanity.” 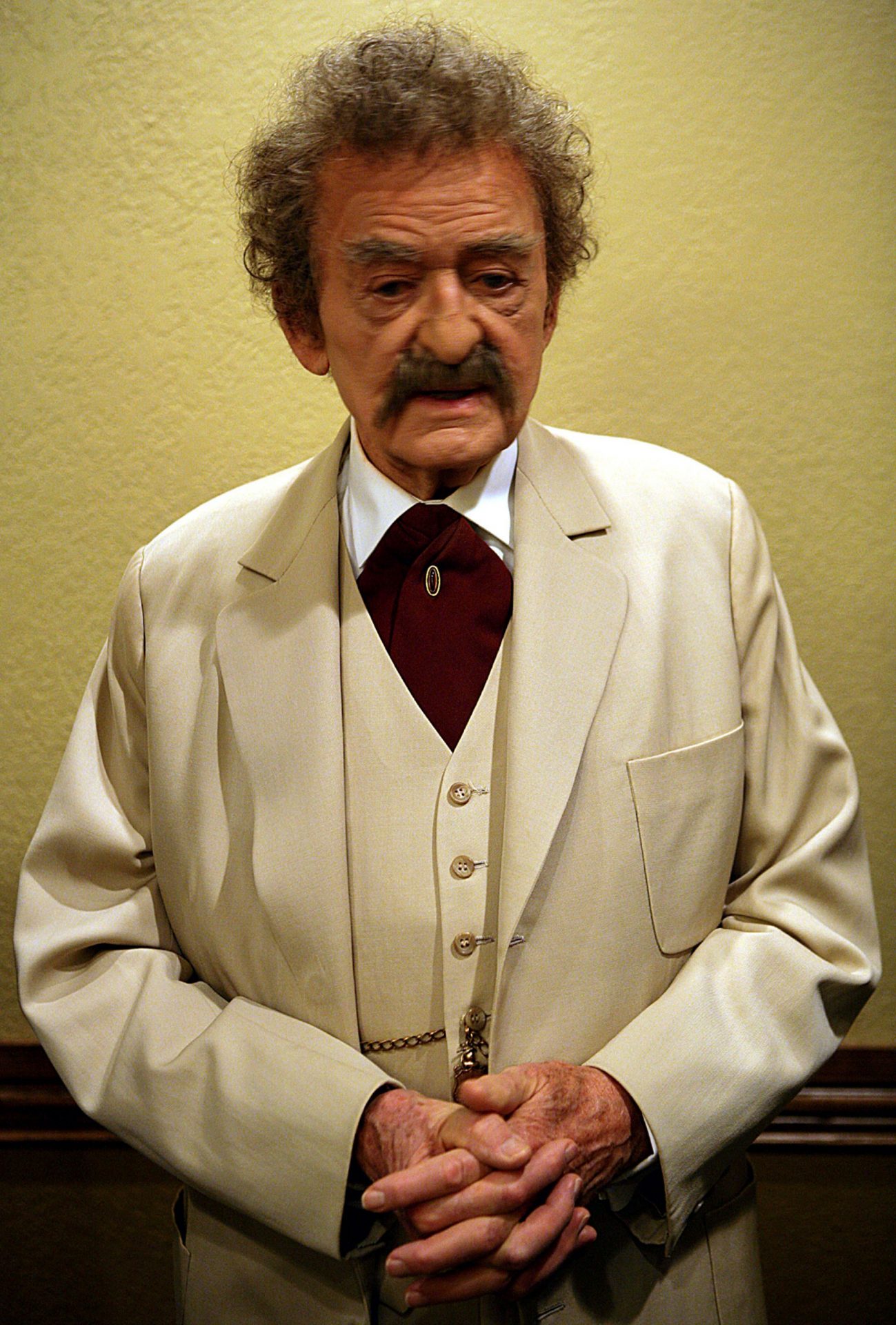 Hal Holbrook greets patrons in stage make-up following his one-man performance of “Mark Twain Tonight” at the University of Texas at Tyler, Texas on Jan. 13, 2007. Holbrook died on Jan. 23 in Beverly Hills, California, his representative, Steve Rohr, told The Associated Press Tuesday. He was 95.

He played his other signature role only once — the off-the-record source Deep Throat in the Watergate thriller All the President’s Men.

Following the money was fine advice for journalists Bob Woodward and Carl Bernstein, but not something Holbrook applied to his professional career. He had cameos in dozens of TV shows, from daytime soaps to prime-time dramas, including The Sopranos and The West Wing. His characters were not the hunky romantic leads — he was more the type of actor to catch the corner of your eye on screen and never let it go.

“Character guys sometimes — and character women as well — they linger in minds longer than some more hotshot leading people do,” says film critic Schickel. “They turn up on TCM playing the best parts in the movie. I think that’s kind of where Hal will be ranked by theatrical and film history.”

Holbrook said Twain would always be precious to him, but when he was nominated for his first Academy Award, at 82, for his role in Sean Penn’s Into the Wild, he was thrilled to be acknowledged for his work outside of Twain.

He told NPR, “I’ve always wanted to just be an actor. … That’s all I’ve ever wanted to be, playing different roles.”

In the end, it’s hard to know who played the role of Mark Twain better — Samuel Clemens or Hal Holbrook.