Volunteers distribute boxes of food to a long line of people at an event on April 10, 2020.

The state has had among the steepest welfare caseload declines since the start of the pandemic. 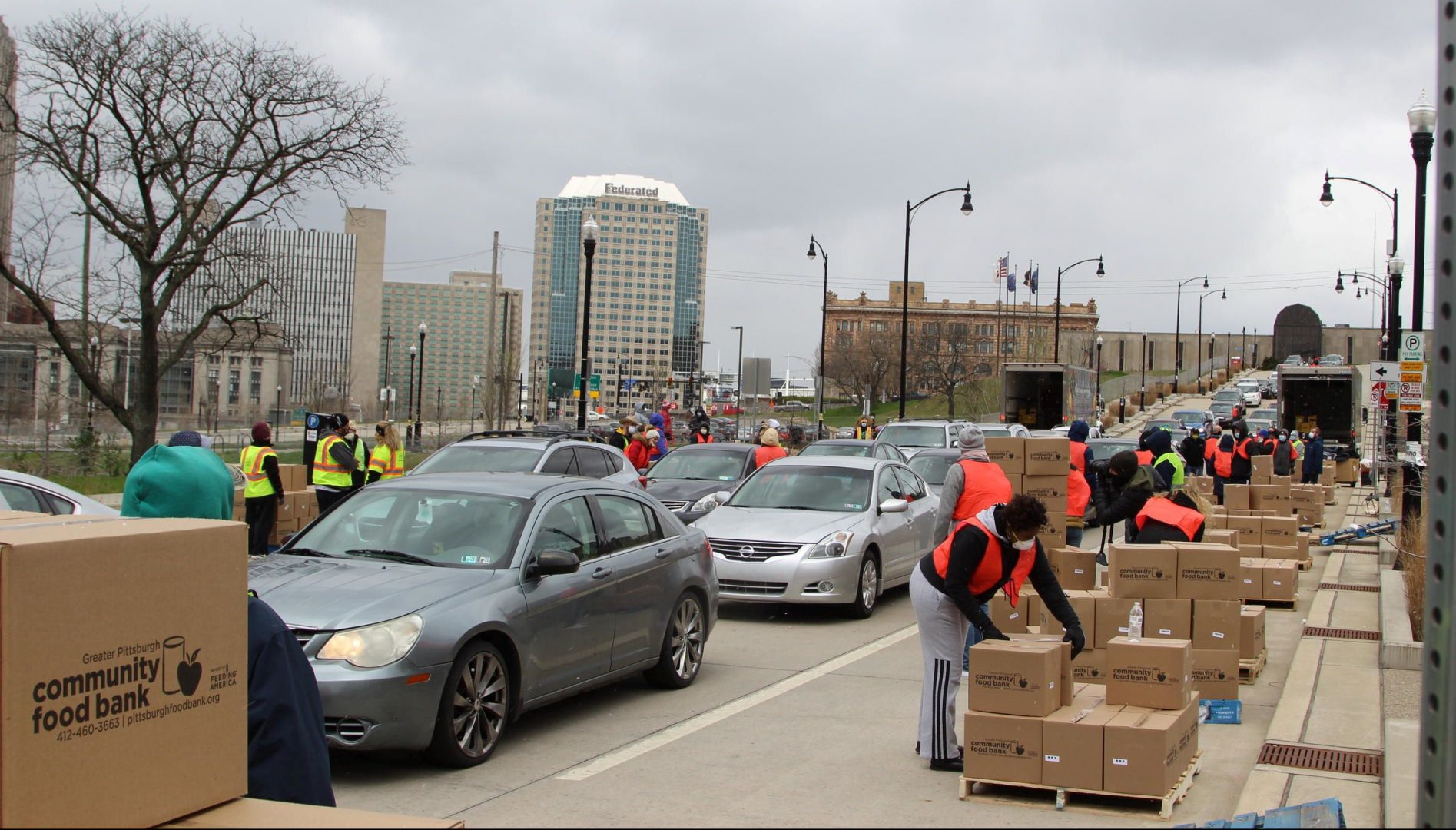 Volunteers distribute boxes of food to a long line of people at an event on April 10, 2020.

(Pittsburgh) — While more Pennsylvanians are seeking help from public assistance programs such as food stamps and Medicaid due to the coronavirus pandemic, that’s not the case for the state’s welfare program – enrollment has actually fallen by more than 15,000 people since last March.

Why are fewer people getting welfare in this time of high unemployment, expanding enrollment in other safety net programs, and increasing hunger?

Advocates and officials say it is likely because the program – which has not increased the amount of money it gives to families since the 1990s, roughly $400 monthly for a family of three – provides too little cash and requires too many hurdles to be of much use to poor families.

In March, more than 94,000 people statewide were enrolled in the program formally called Temporary Assistance to Needy Families (TANF). As of November, the most recent state statistics available, that number stands below 79,000. 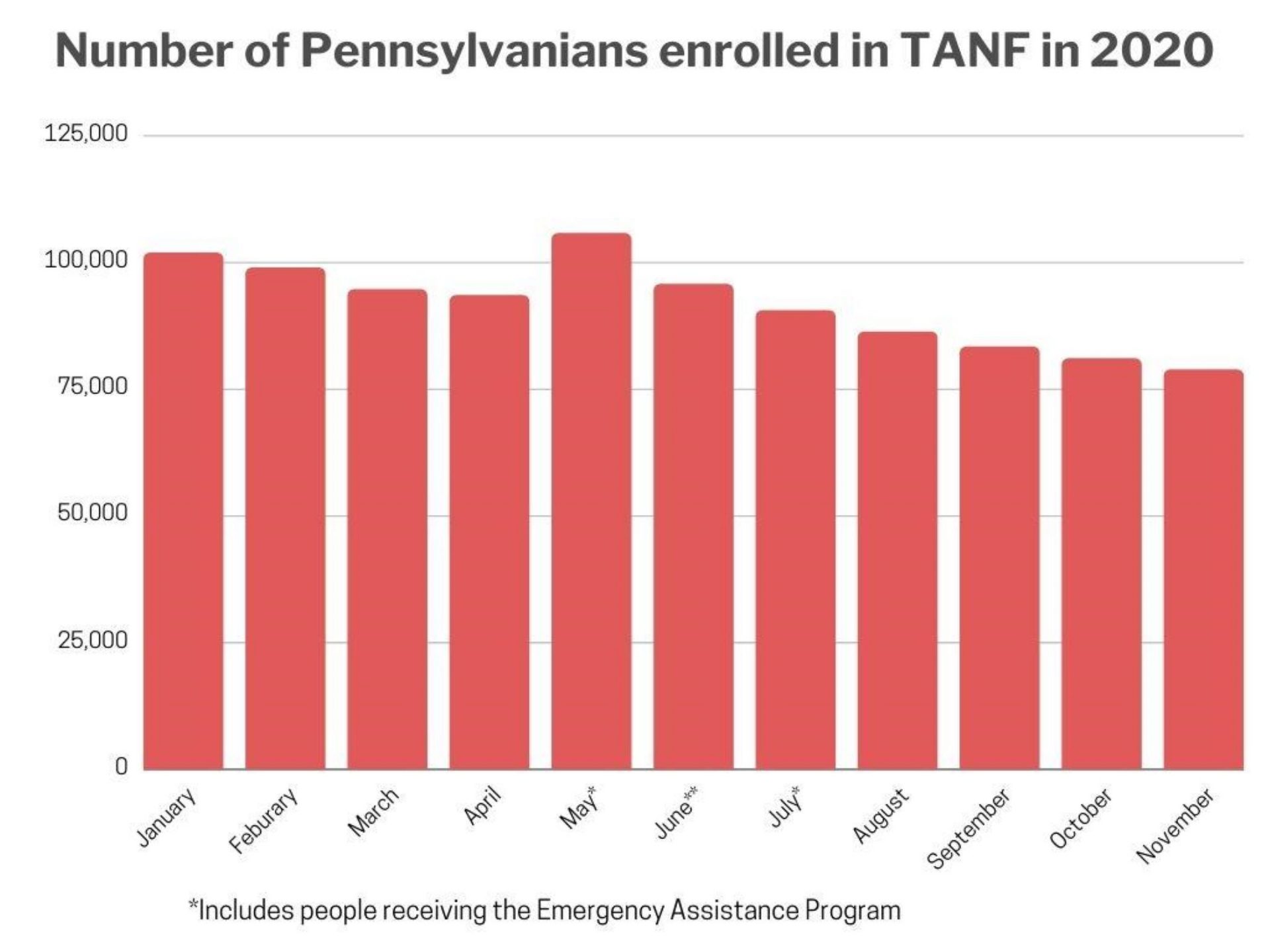 Enrollment in the Medicaid (medical assistance) program increased by 10.6% and enrollment in the food stamp program went up 5.6% during that same time frame, according to figures released by state officials earlier this month.

Among other possible reasons TANF is helping fewer people: a $1,000 asset limit that prohibits anyone who is not extremely poor from participating; or federal supports such as expanded unemployment payments and stimulus checks that might have kept people from applying at the beginning of the pandemic, Miller said. The state also offered payments to some low-income families through its pandemic Emergency Assistance Program for several months last spring and summer.

The state has been working to improve the employment and training programs that are supposed to aid welfare recipients, Miller added.

“We can do better and we have to,” Miller said.

Pennsylvania has had among the steepest welfare caseload declines since the start of the pandemic, said Liz Schott, senior fellow at the Center on Budget and Policy Priorities, though she cautioned data from all states was not yet available.

Maria Pulzetti, a supervising attorney at Community Legal Services of Philadelphia, said she is concerned by the program’s enrollment decline, a continuation of a decades-long trend. There were more than 219,000 Pennsylvanians in the program a decade ago. 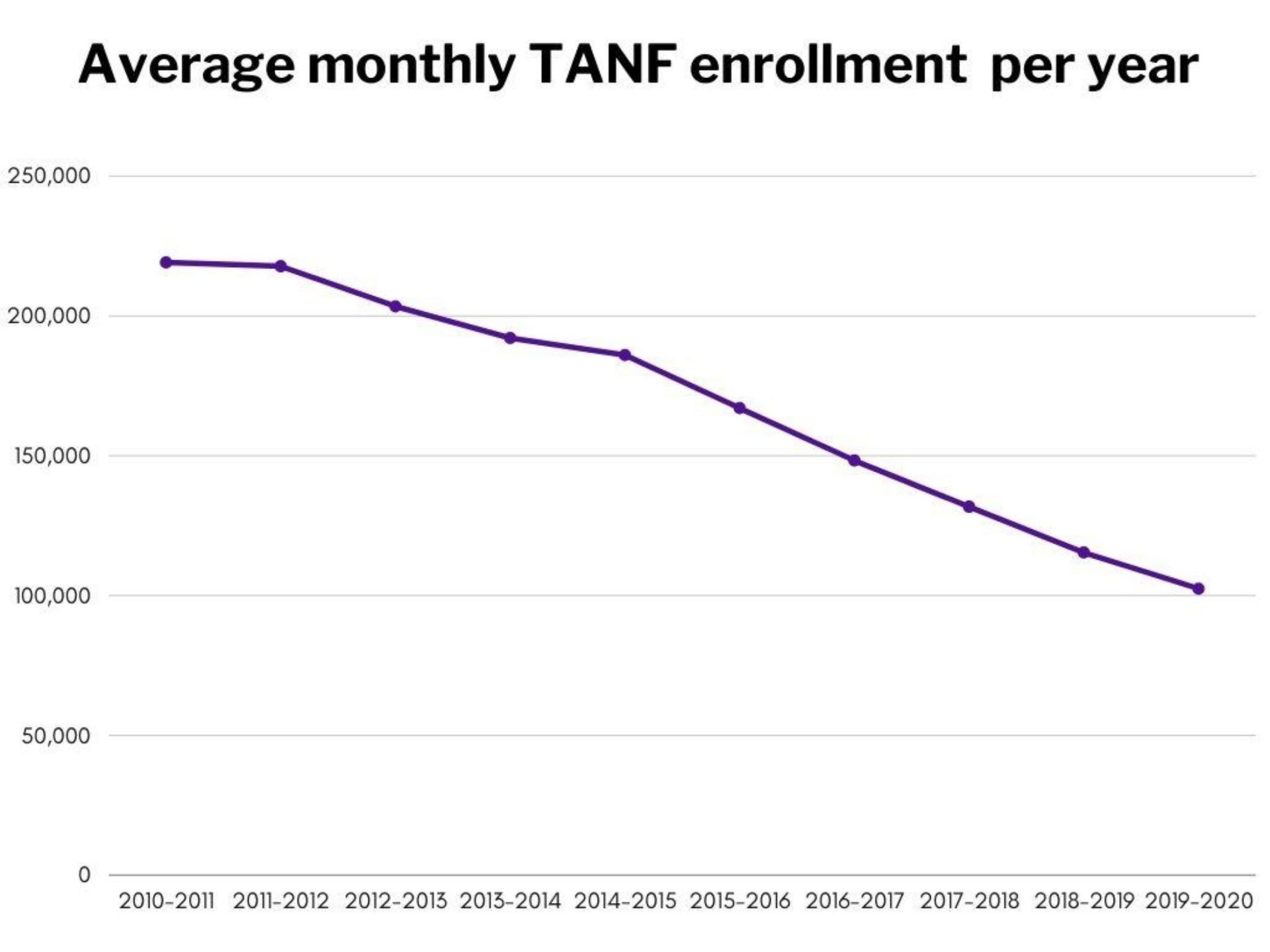 As for more recent drops, she noted the ongoing closure of County Assistance Offices, where people can apply for benefits or submit paperwork in person, as a possible contributing factor during the pandemic.

Ann Sanders, a policy advocate with Pittsburgh-based Just Harvest, also said she believed the assistance office closures were contributing, as potential applicants might not have internet or phone access.

“When people apply for cash assistance, it is as a last resort,” Sanders said. “People have exhausted all their other resources by that time.”

Schott noted the fact that the program doesn’t expand during an economic downturn is one of the weaknesses of its “block grant” design – where states have a set amount of funds from the federal government no matter what, as opposed to a program like food stamps, where funding expands to meet need.

“Block grant is not a good way, is not a good program design for meeting basic needs, particularly in tough economic times,” she said.