Trump campaign loses another round in Pennsylvania’s courts

The court denied the emergency appeal request in a one-line comment that did not explain the decision.

(Harrisburg) — President Donald Trump’s campaign has lost another round in a flurry of Republican lawsuits over Pennsylvania’s election, with the state Supreme Court refusing Tuesday to hear its appeal over fewer than 2,000 ballots in a suburban Philadelphia county.

The court, which has a 5-2 Democratic majority, denied the emergency appeal request in a one-line comment that did not explain the decision.

There are at least five other pending cases in which Trump or Republicans are trying to throw out certain ballots or trying to upend President-elect Joe Biden’s victory in Pennsylvania over Trump by more than 80,000 votes.

The Bucks County case involves 1,995 mail-in ballots in which voters failed to handwrite their name, address or date on the outside ballot-return envelope, or enclosed their ballot in an inner unmarked secrecy envelope that became unsealed. 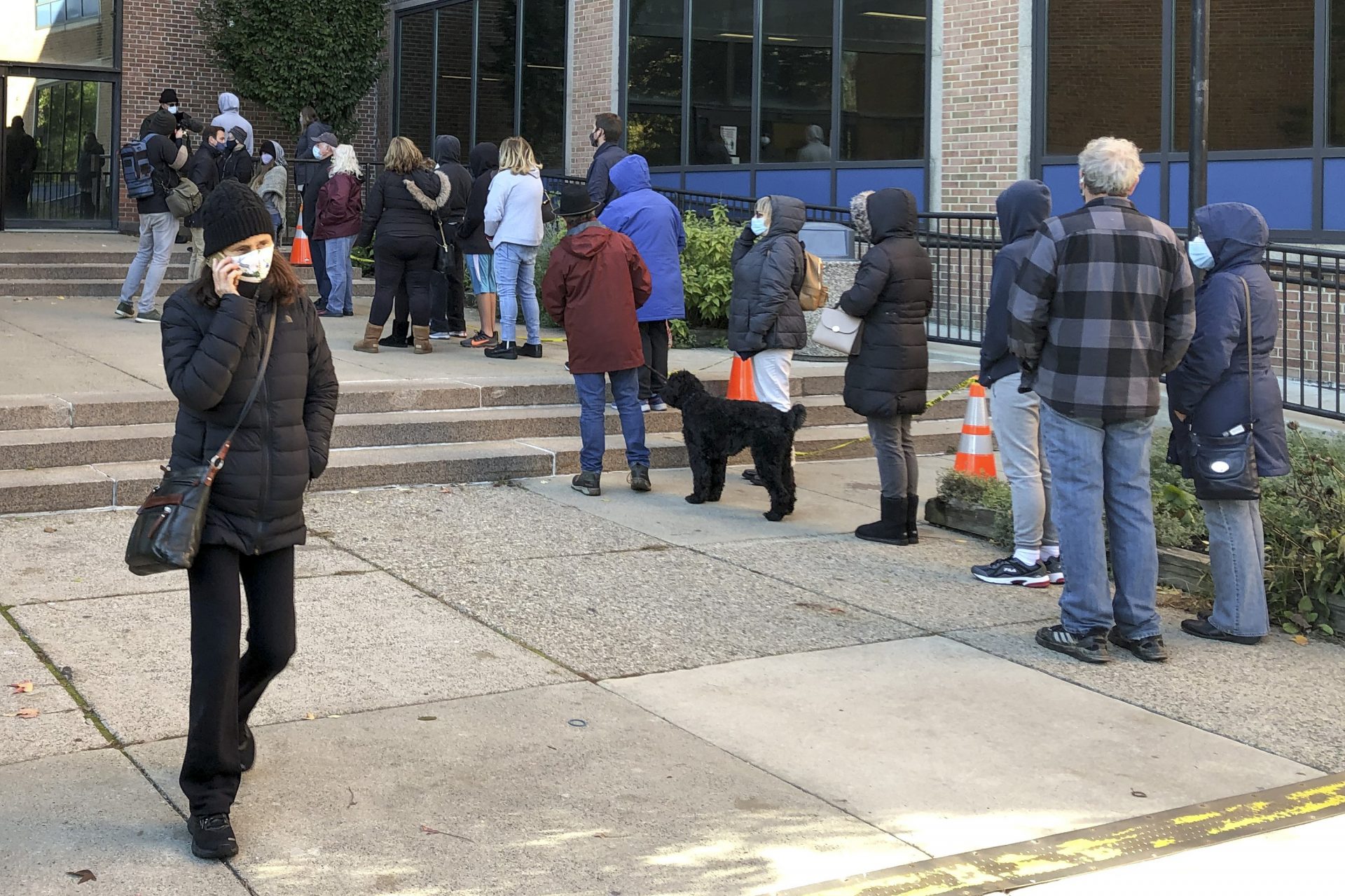 Voters wait in line outside the Bucks county government building in Doylestown, Pa., a suburb of Philadelphia, on Monday, Nov. 2, 2020. Some said they received word that their mail-in ballots had problems and needed to be fixed in order to count.

The Trump campaign maintains the ballots should be thrown out under state law.

The state Supreme Court, ruling in separate cases from separate counties, has refused previous Republican requests to throw out ballots for lack of a handwritten name, address or date on ballot-return envelopes.

Bucks County’s election board chose to count the ballots, a decision that was upheld in lower courts. The county’s lawyers contended that Trump’s campaign shouldn’t be allowed to appeal.

The Trump campaign’s request was procedurally flawed because its claims about constitutional violations weren’t submitted to the trial court and, in any case, the number of ballots in question are far too few to overturn Biden’s win, county lawyers argued.