Detroit election workers work on counting absentee ballots for the 2020 general election at TCF Center on November 4, 2020 in Detroit, Michigan. - President Donald Trump and Democratic challenger Joe Biden are battling it out for the White House, with polls closed across the United States -- and the American people waiting for results in key battlegrounds still up for grabs.

How private money from Facebook’s CEO saved the 2020 election

Chester County applied for an election grant from the Center for Tech and Civic Life, a previously small Chicago-based nonprofit that quickly amassed hundreds of millions of dollars in donations to help local election offices — most notably, $350 million from Facebook CEO Mark Zuckerberg and his wife, Priscilla Chan. 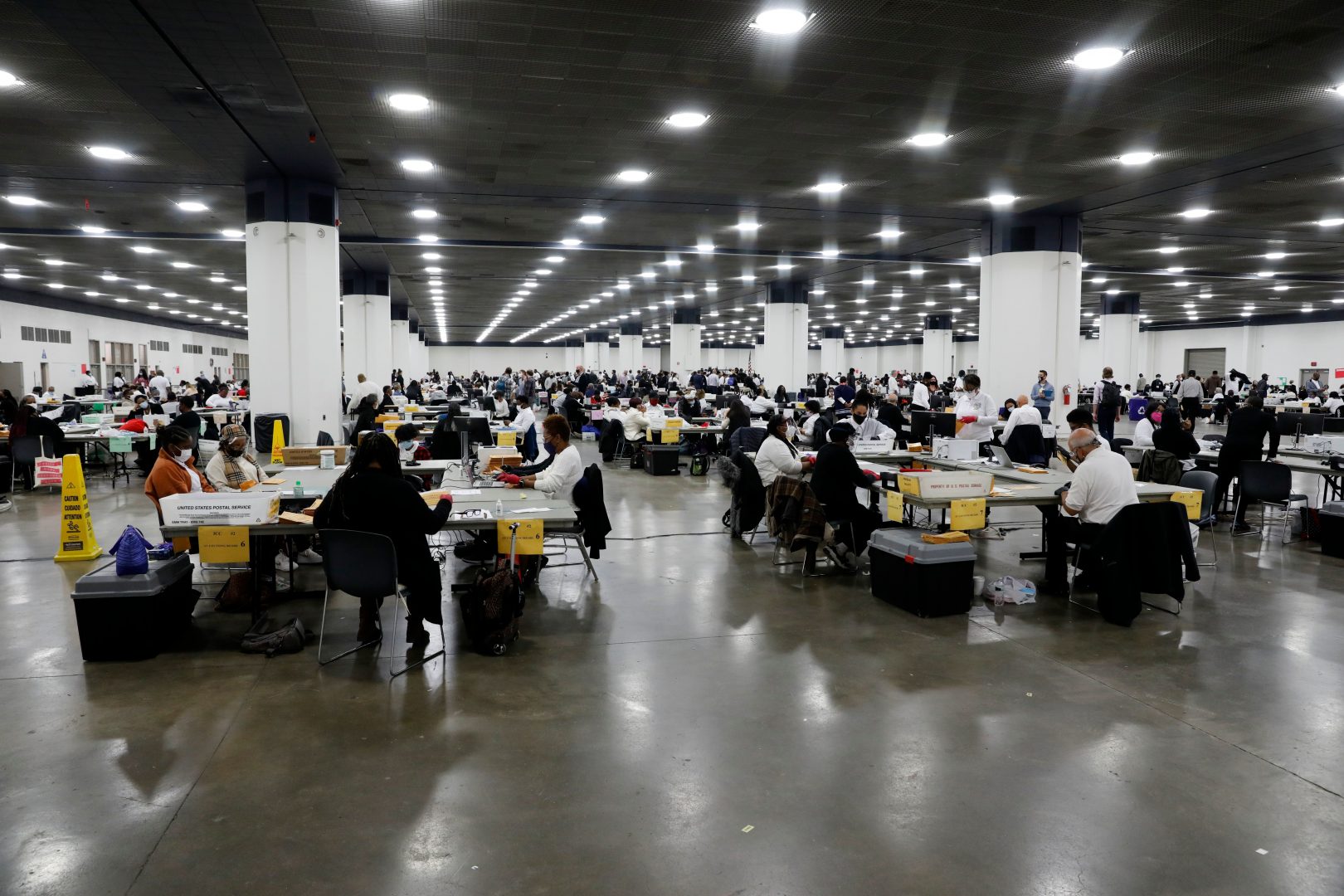 Detroit election workers work on counting absentee ballots for the 2020 general election at TCF Center on November 4, 2020 in Detroit, Michigan. - President Donald Trump and Democratic challenger Joe Biden are battling it out for the White House, with polls closed across the United States -- and the American people waiting for results in key battlegrounds still up for grabs.

(Washington) — Bill Turner knew he had a tough job. He took over as acting director of voter services in Chester County, Pa., in September, just two months before a divisive presidential election amid a pandemic. Huge voter turnout was expected, and COVID-19 required election managers like Turner to handle mail-in ballots on a scale they’d never seen and confront the threat of their staffers becoming sick.

These challenges had forced many election offices to burn through their budgets months earlier. Turner had previously served as the county’s emergency manager, experience that seemed apt for overseeing an election that many observers feared would become a catastrophe.

With a tight budget and little help from the federal government, Chester County applied for an election grant from the Center for Tech and Civic Life, a previously small Chicago-based nonprofit that quickly amassed hundreds of millions of dollars in donations to help local election offices — most notably, $350 million from Facebook CEO Mark Zuckerberg and his wife, Priscilla Chan.

“Honestly, I don’t know what we would have done without it,” Turner said.

The coronavirus pandemic — and Congress’ neglect — necessitated an unprecedented bailout of election offices with private money funneled through the little-known nonprofit. And the money proved indispensable.

Turner is one of 25 election directors from swing states interviewed by APM Reports who said the grant money was essential to preventing an election meltdown amid worries over a pandemic and a president who continues to openly question — without evidence — the legitimacy of the process.

The Center for Tech and Civic Life gave grants to more than 2,500 jurisdictions this year to help departments pay for election administration. The money arrived as historically underfunded election department budgets were sapped from unforeseen purchases during the primaries and were forced to spend money on election workers, postage and printing for the increasing number of voters who wanted to vote by mail.

The nonprofit gave Chester County $2.5 million for the election, which is more than the county’s 2020 budget for voting services.

Chester County is one of several large suburban counties that ring Philadelphia — once-Republican strongholds that have shifted in Democrats’ favor in recent years. Pennsylvania was pivotal to Joe Biden’s victory over President Trump, and his win in the state was fueled in part by his success in Chester County. He won it by 17 percentage points — nearly double Hillary Clinton’s margin four years earlier.

Turner used the grant to buy 14 drop boxes for ballots, pay staff to watch those sites and purchase body camerasthat recorded employees collecting ballots from the drop boxes. He also spent a large portion of the grant on additional equipment and people to ensure that ballots were mailed out and counted quickly. The county processed 150,000 mail ballots for the November election in 36 hours. Without the new equipment and personnel, he said, it would have taken a week or longer.

“This grant really was a lifesaver in allowing us to do more, efficiently and expeditiously,” he said. “It probably would have taken a very long time if we didn’t have the resources to do this.” 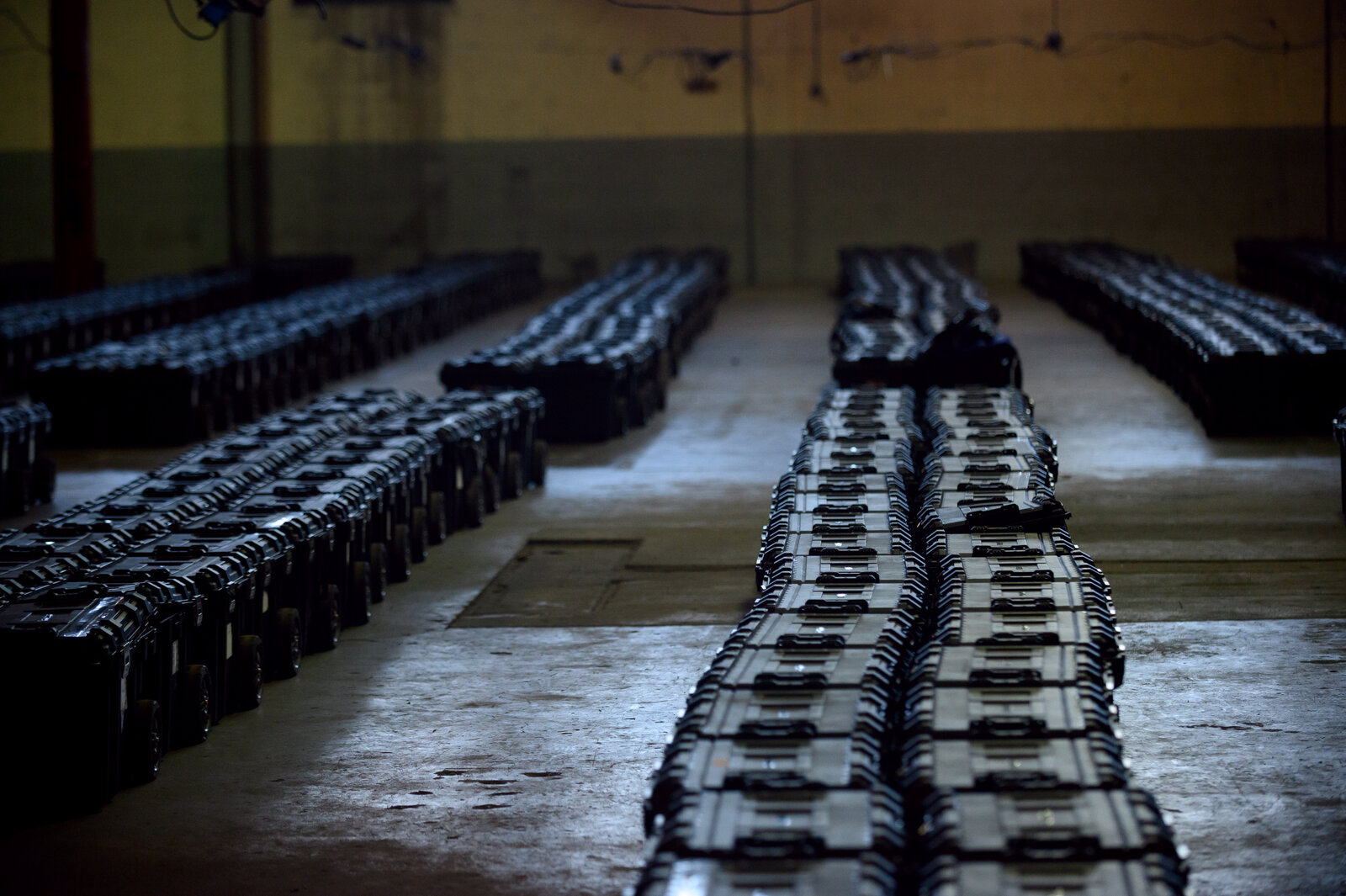 The private money was needed in part because the federal government hadn’t provided enough funding. Congress allocated $400 million in March for election services, but that was just a tenth of what some officials said was needed.

With little action from Congress, the private sector, led by Zuckerberg and Chan, stepped up. The couple awarded $400 million to nonprofits for election assistance — with most of it going to the Center for Tech and Civic Life.

The full extent of the grants isn’t known. The Center for Tech and Civic Life declined repeated interview requests from APM Reports to discuss the funding and how it was used. In late October, the group listed the jurisdictions that received funding on its website but didn’t disclose dollar amounts or funding priorities for each jurisdiction.

But through a series of interviews, public records requests and a review of public meetings, APM Reports pieced together the details of grant awards in the five swing states that decided the election. APM Reports obtained more than 30 applications and grant agreements between local election offices and the Center for Tech and Civic Life. The documents show requests mainly focused on the logistics of the election: increased pay for poll workers, expanded early voting sites and extra equipment to more quickly process millions of mailed ballots.

Some jurisdictions received grants that were a small fraction of their election budgets, while others saw theirs increase several times over. Suddenly, election administrators who had had to scrounge for resources could “fund their dream election,” according to Howard.

In the weeks since the election, allies of Trump have included the Center for Tech and Civic Life’s grants in their voter fraud conspiracy theories. They have challenged the legality and neutrality of the grants, claiming that the funding was aimed at boosting Democratic turnout.

But an APM Reports analysis of voter registration and voter turnout in three of the five key swing states shows the grant funding had no clear impact on who turned out to vote. Turnout increased across the U.S. from 2016. The APM Reports analysis found that counties in Pennsylvania, Georgia and Arizona that received grants didn’t have consistently higher turnout rates than those that didn’t receive money. 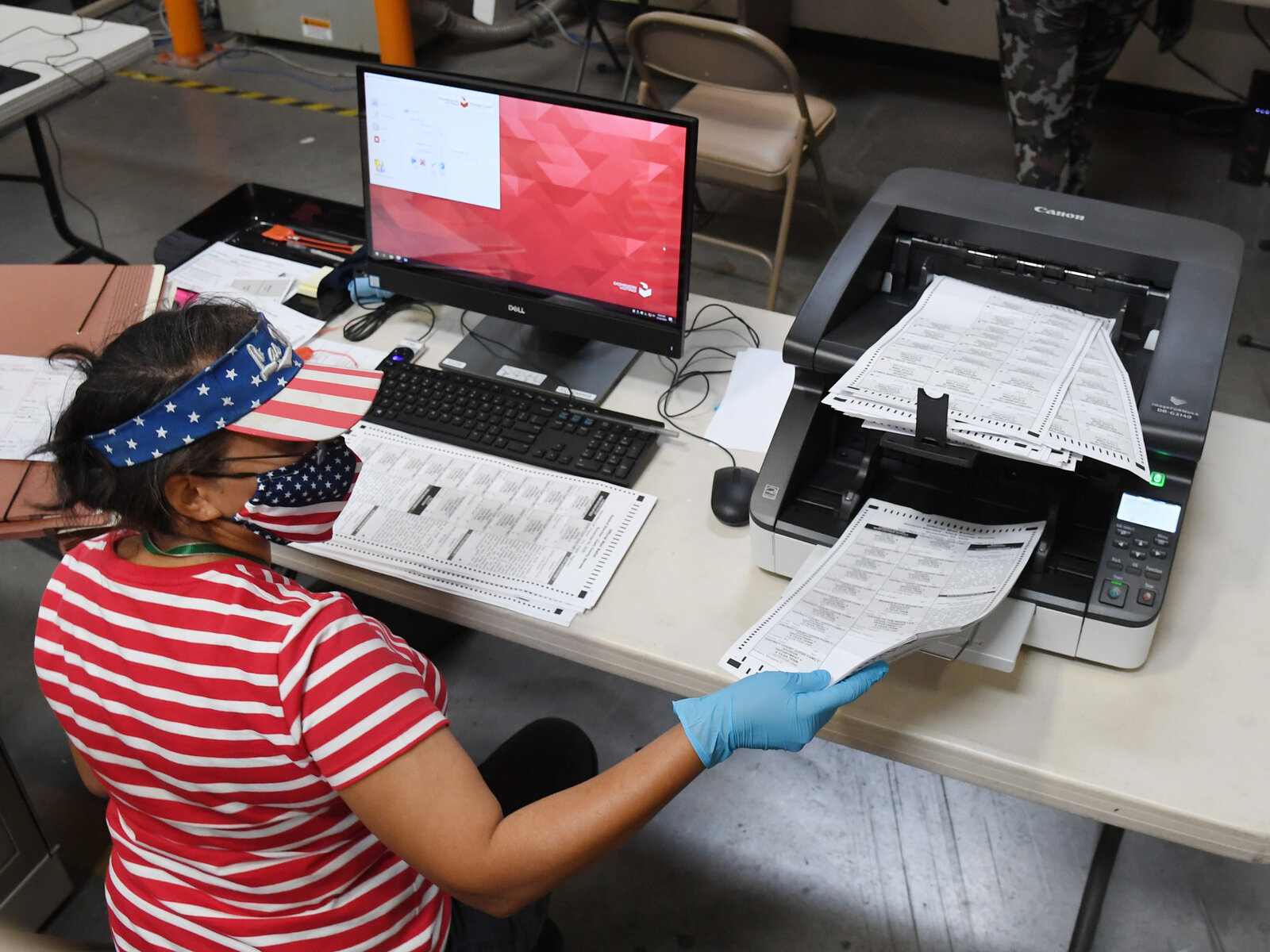 Officials with the Center for Tech and Civic Life and government officials have defended themselves in court and in written statements by saying the goal was to ensure safe voting options during the pandemic.

“In this moment of need, we feel so fortunate to be administering an open-call grant program available to every local election department in every state in the union to ensure that they have the staffing, training, and equipment necessary so that this November every eligible voter can participate in a safe and timely way and have their vote counted,” the Center for Tech and Civic Life said in a statement on Sept. 24.

The nonprofit is also continuing to offer grants to communities that are holding runoff elections in Georgia in January.

While some election officials see little difference between private and government funding for elections, other officials are deeply worried about the precedent that the private grants may set. They say private donors could have a personal agenda. For example, Zuckerberg may have wanted to improve his public image after years of criticism that the misinformation and divisive rhetoric on Facebook have damaged democracies around the world.

“It’s really important that it’s a one-time thing,” said Rachael Cobb, associate professor of political science and legal studies at Suffolk University in Boston. Cobb said the private money was critical for election administration this year, “but over time, it in and of itself is corrosive.” She said continuing to use private money for such purposes “sullies [the election] in a way that we don’t need it to be sullied at all.”

But other election analysts say private funding is the best option if the federal government isn’t going to commit to sustainable long-term funding for election offices.

They also say the grants helped avert a potential disaster where long lines, missing mail and slow counting could have led Trump to further question the integrity of results in Pennsylvania, Georgia and Arizona.

David Kimball, a political science professor at the University of Missouri-St. Louis, said that without the grants, “it certainly would have taken them a lot longer to process and count those absentee ballots, which would have only made this post-election period more unbearable.”