Christopher Krebs, who led the federal government's efforts to secure the 2020 election, was fired by President Trump last month for saying the election went smoothly and with no signs of cheating or interference. 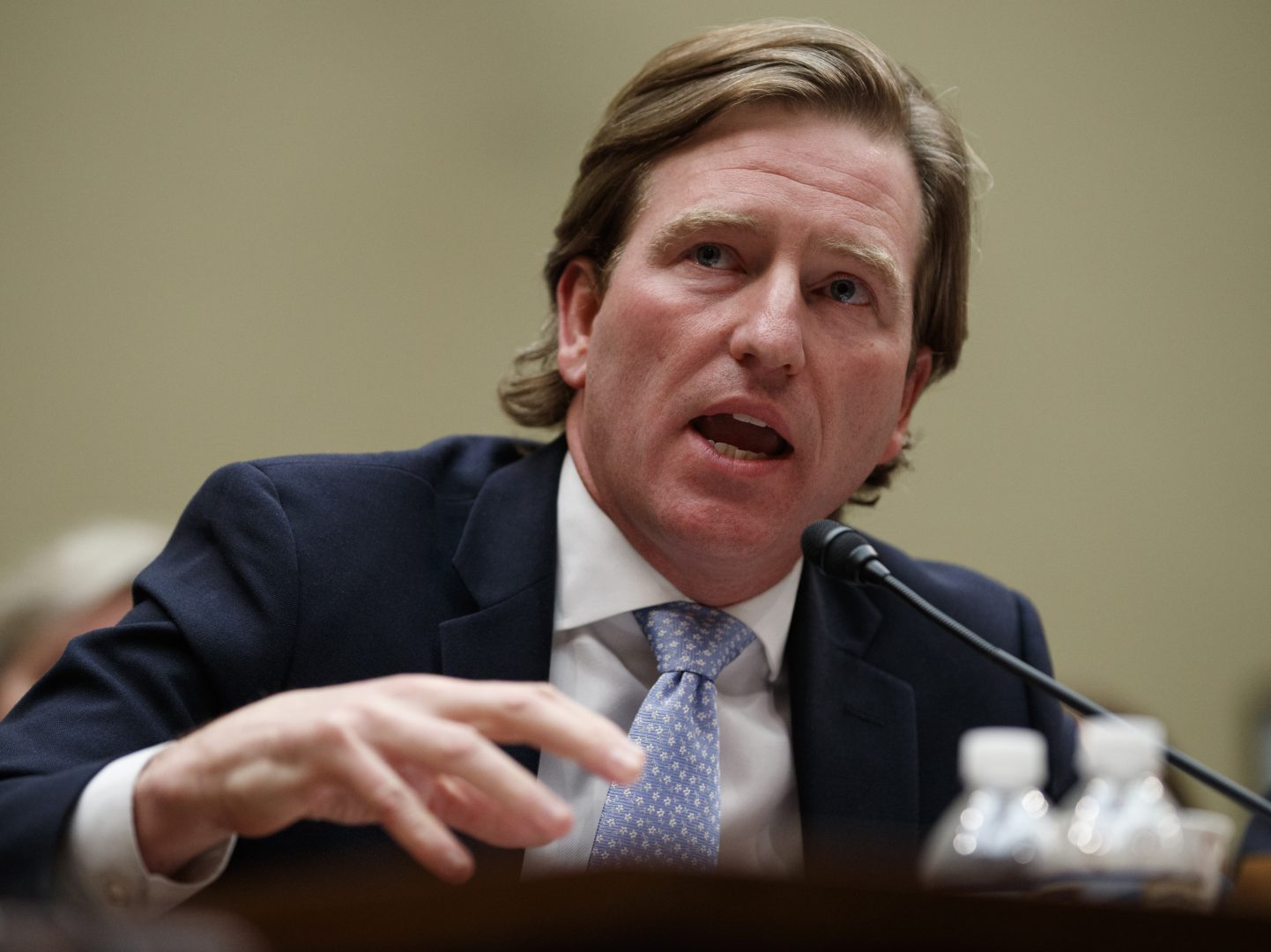 (Washington) — Christopher Krebs, who led the federal government’s efforts to secure the 2020 election, was fired by President Trump last month for saying the election went smoothly and with no signs of cheating or interference.

In reflecting on whether that was the right decision, considering how such a statement would contradict Trump’s baseless claims of fraud and hacking, Krebs told NPR he has no regrets.

“It was the right thing to do in the name of democracy,” Krebs said in an interview with NPR’s Morning Edition host Steve Inskeep.

Krebs, a self-described “lifelong Republican,” has become something of a symbol for government officials who see their work as nonpartisan even as politicians try to paint them otherwise.

As the inaugural head of the Department of Homeland Security’s Cybersecurity and Infrastructure Security Agency, Krebs led an effort to improve communication between state and local election jurisdictions about threat activity and election security best practices.

The 2016 election, and the Russian attack on it, laid bare how little of that communication was happening between the many thousands of election officials across the country.

Krebs saw the 2020 election as the culmination of 3 1/2 years of hard work to change that.

“This was a secure election,” Krebs said. “That is a success story. That is something everyone in the administration should be proud of. That’s the story I feel we should be telling now.”

Instead, Krebs’ former agency has spent much of the past few weeks batting down baseless claims by the president and his legal team about the security of the vote.

Earlier this year, CISA launched a website dubbed Rumor Control, aimed at debunking election disinformation spreading on social media. And while Krebs said the site was not aimed at any one source, he said that after the election, the president’s campaign became a major spreader of bad information.

…votes from Trump to Biden, late voting, and many more. Therefore, effective immediately, Chris Krebs has been terminated as Director of the Cybersecurity and Infrastructure Security Agency.

“We certainly saw throughout that a number of people associated with the campaign, were pushing certain narratives that we fundamentally knew to be false,” Krebs said, while listing a number of claims about which Trump himself has tweeted. “We knew that it was important to get this information out there.”

The totality of that information ultimately led to his firing by Trump, in a tweet on Nov. 17. The president pointed to a statement that Krebs’ agency put out, alongside a number of other government organizations, which called 2020 “the most secure election in American history.”

Going forward, Krebs said he is most worried about how misinformation about elections has “seeped into the mainstream” and what that will mean for people’s confidence in results.

“We’re in a very dangerous spot right now,” he said. “Continuing to push narratives that call into question, without evidence that I’ve seen, about the systems, about the machines, about the public servants involved in elections: That’s not just damaging to the psyche of the American voter, it’s also doing a serious disservice to the many election officials out there who, above all else, are upholding one of our most cherished public institutions.”

One of the easiest ways government can improve people’s opinions of voting, he added, is to invest more resources and money into election administration.

“We have to restore confidence in democracy,” he said. “To me, one of the best and simplest ways to do that is to invest in democracy.”