Secretary of Health Dr. Rachel Levine speaking to the press in Harrisburg on Oct. 19, 2020.

Wolf administration has no plans to change recommendations for schools as COVID-19 infections spike across Pa.

“We do not plan to have a general school closure as happened in the spring.” 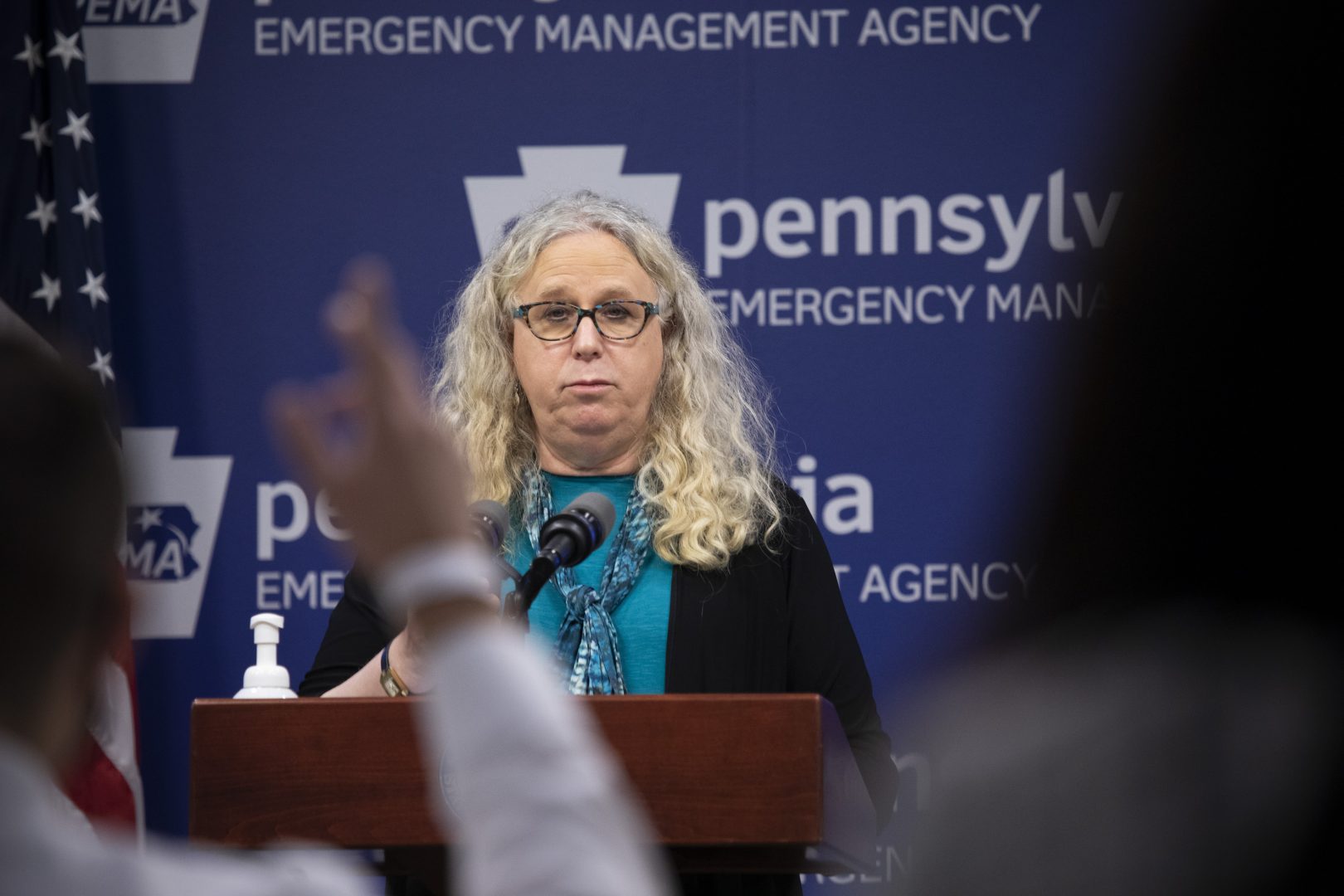 Secretary of Health Dr. Rachel Levine speaking to the press in Harrisburg on Oct. 19, 2020.

(Harrisburg) — The Wolf administration plans to stay the course and leave key decisions about how schools will teach during the pandemic up to school boards.

The commonwealth has entered what state Health Secretary Dr. Rachel Levine has called “the fall resurgence of the virus.”

Pennsylvania broke its own record for new daily case counts four of the last eight days.

At a press conference Monday morning, Levine said there are no plans to change or more stringently enforce its recommendations for schools.

“All the guidance and recommendations are just that, they are not orders and there is local control in Pennsylvania and those decisions are being made by local authorities,” she said.

The state advises schools in counties with more than 5 percent positivity rates to use a hybrid or full remote learning model.

Right now, 52 of the commonwealth’s 67 counties have percent positivity rates over that threshold. At least 38 counties are now considered to have “substantial spread” of the coronavirus including Adams, Dauphin, Lancaster and Lebanon.

The Health Department recommends online learning only for school districts in those areas.

But Levine said the state will not force schools to close again, and instead rely on other mitigation techniques to slow the spread like testing and contact tracing.

“We do not plan to have a general school closure as happened in the spring, but we might make adjustments in our recommendations to schools,” she said.

Three schools in the Midd-West District in Snyder County have closed their campus through the end of this week, after two positive cases were reported among students.