“He (Trump) just reanimated my need to be part of the process.”

(Philadelphia) — If President Donald Trump agreed to a Pennsylvania town hall to sway undecided voters, his exchange with a literature professor born with a chronic disease lost him at least one vote in the battleground state.

Ellesia Blaque voted reluctantly for Hillary Clinton in 2016, and dislikes Sen. Kamala Harris’s record as a prosecutor. She hoped that Trump would allay her fear of losing insurance coverage over her preexisting condition.

Instead, the president interrupted her — she politely asked to finish — and then, she thought, politicized the question to attack “Obamacare.”

“I decided that even though I’m dissatisfied, mainly with Kamala Harris, I’m going to vote for Joe Biden,” said Blaque, 57, who lives near Reading and teaches literature of the Black diaspora at Kutztown University. “He (Trump) just reanimated my need to be part of the process.”

Trump, as he did repeatedly with participants at the National Constitution Center on Tuesday, promised Blaque he had a plan in the works to address her concerns.

She didn’t buy it.

“He just fluffed me away like I’m nobody,” Blaque, a longtime Independent who later became a Democrat, told The Associated Press in a phone call Wednesday. 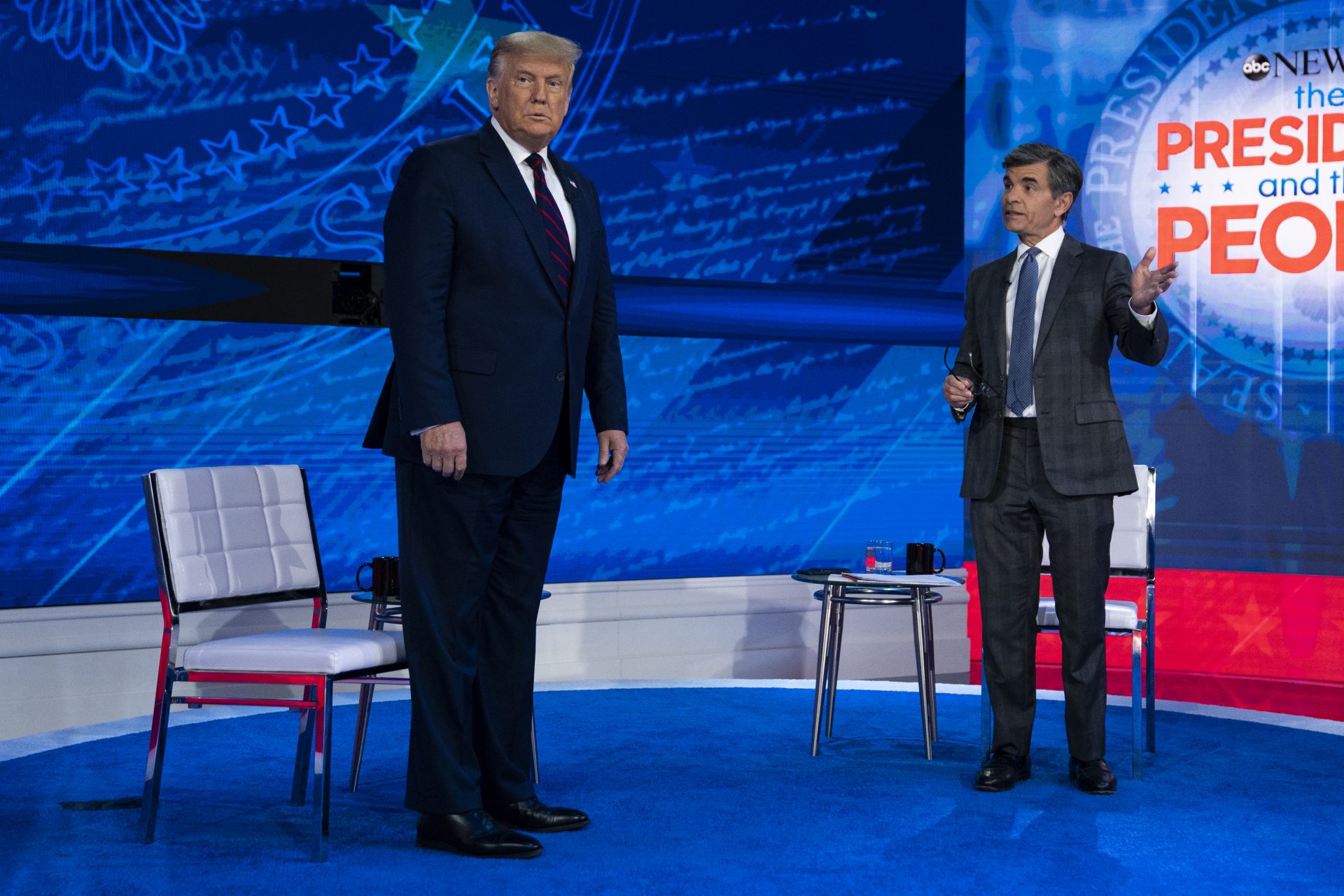 She said she spends $7,000 or more a year on out-of-pocket medical bills, even with good insurance through her state university job. She was born with an inflammatory disease called sarcoidosis, and needs up to a dozen medications to stay alive.

Trump has frequently claimed he will always protect people with preexisting conditions despite evidence to the contrary. The Trump administration has asked the Supreme Court for full repeal of the health law, including provisions that protect people with preexisting conditions from health insurance discrimination. Republicans say they’d put new protections in place, but they haven’t spelled them out.

Another woman who questioned Trump, Flor Cruceta Muñoz, asked the president about his immigration plan. She and her mother, who are Dominican, had become U.S. citizens just before her mother died of cancer last month. Trump told her he supports legal immigration, then veered into a discussion about a coronavirus vaccine, apparently misunderstanding the cause of her mother’s death.

Muñoz said she was grateful for the opportunity, thanking ABC-TV, which organized the event, in a Facebook post.

“He did answer about immigration a little. But he misunderstood my mom succumbing from brain, lungs and bones cancer,” she wrote.

Blaque wasn’t nervous about questioning the president, or insisting that he let her finish.

“I’m not impressed by power and money. That doesn’t put my Lean Cuisines in my microwave,” she said. Still, she was a bit embarrassed that her plea caused a stir on social media.

She’s been so upset about the state of the world in 2020 that she thought of sitting out the election.