West Mifflin resident Christine Berezanich has about $200 this month to spend on groceries for her and her two teenage sons. She had received food assistance through the federal Pandemic-EBT program, but the benefit recently ended in Pennsylvania.

With no progress on new stimulus bill, desperation mounts for food aid recipients

(Pittsburgh) — With negotiations over a new coronavirus relief package stalled in Congress, extra money for food assistance is among the items hanging in the balance. And in tens of thousands of local households, the impasse compounds the fear of going hungry.

Congress included food relief in a previous aid package, which passed in March. Thanks to the CARES Act, West Mifflin resident Christine Berezanich received nearly $750 this summer to buy food for her two teenage sons. The benefit, called Pandemic-EBT, replaced the free meals the boys used to get at school.

Sitting on the back deck of her home, overlooking the Kennywood amusement park, Berezanich said the money helped, but it wasn’t enough.

“When you’ve got two teenagers who want to eat you out of house and home, you kind of have to go in there with a broom and back them off, like, ‘Okay, you just ate. Why are you eating?’” Berezanich said. “And you hate to say no to your kids. I mean, there [have] been nights I went to bed without food in my stomach, just so my boys could eat.”

Berezanich said she stretches her money as far as she can, partly because it remains unclear whether Congress will renew Pandemic-EBT. The benefit is set to expire at the end of the month, but in Pennsylvania it has already ended. On Friday, the Pennsylvania Department of Human Services announced that the U.S. Department of Agriculture had rejected the state’s plan to distribute the aid for another month. Students who take classes remotely would have benefitted.

The USDA denied Pennsylvania’s application after the state conceded that data issues would prevent it from identifying every student who qualifies for Pandemic-EBT. (The state had planned to make the payments only to families in school districts where at least 40 percent of households qualify to receive free or reduced-price lunches. In those districts, all students receive free lunches through the federal Community Eligibility Provision program.)

Berezanich feels powerless, knowing that lawmakers are not expected to provide more relief any time soon. “I feel like a kid again and my parents are divorcing and they’re fighting in court over money,” she said.

To manage the fallout, she keeps a meticulous budget in a composition notebook. She tracks her bills for internet access, credit cards, car insurance, and other expenses. The balance at the bottom of the page shows she has just over $200 to spend on food this month.

Berezanich does not qualify for food stamps through the Supplemental Nutrition Assistance Program, or SNAP, because until recently she had already received about $870 a month in Supplemental Security Income from the federal government. Disabilities have prevented Berezanich from being employed, but last month she switched to a different program that pays her to care for one of her intellectually disabled sons. She has yet to determine whether she is now eligible for food stamps.

About 162,300 families in Allegheny County participated in SNAP in July, according to the anti-hunger advocacy nonprofit Just Harvest. They too face an uncertain fate as the impasse in Congress lingers on.

Local demand for SNAP has increased by 11 percent since February. The first COVID relief package included nearly $16 billion to boost funding for the assistance, and states were permitted to add emergency supplements to individual payments. Joel Berg, CEO of Hunger Free America, said such support represents a critical lifeline for many households.

“The only thing that hasn’t made the hunger worse is that there has been this … expansion of food dollars for families with kids in schools, that there’s been a temporary bump in the SNAP program, temporary expansion of school meals,” Berg said.

He noted that nutrition assistance doesn’t only feed the hungry but can also stimulate the economy, because aid recipients will quickly spend the money on groceries.

He added that malnourishment threatens people’s ability to fend off the coronavirus.

An aid proposal House Democrats passed in May would expand both food stamp payments and the Pandemic-EBT program. A Republican counter-measure includes no extra money for food stamps. But negotiations continue. 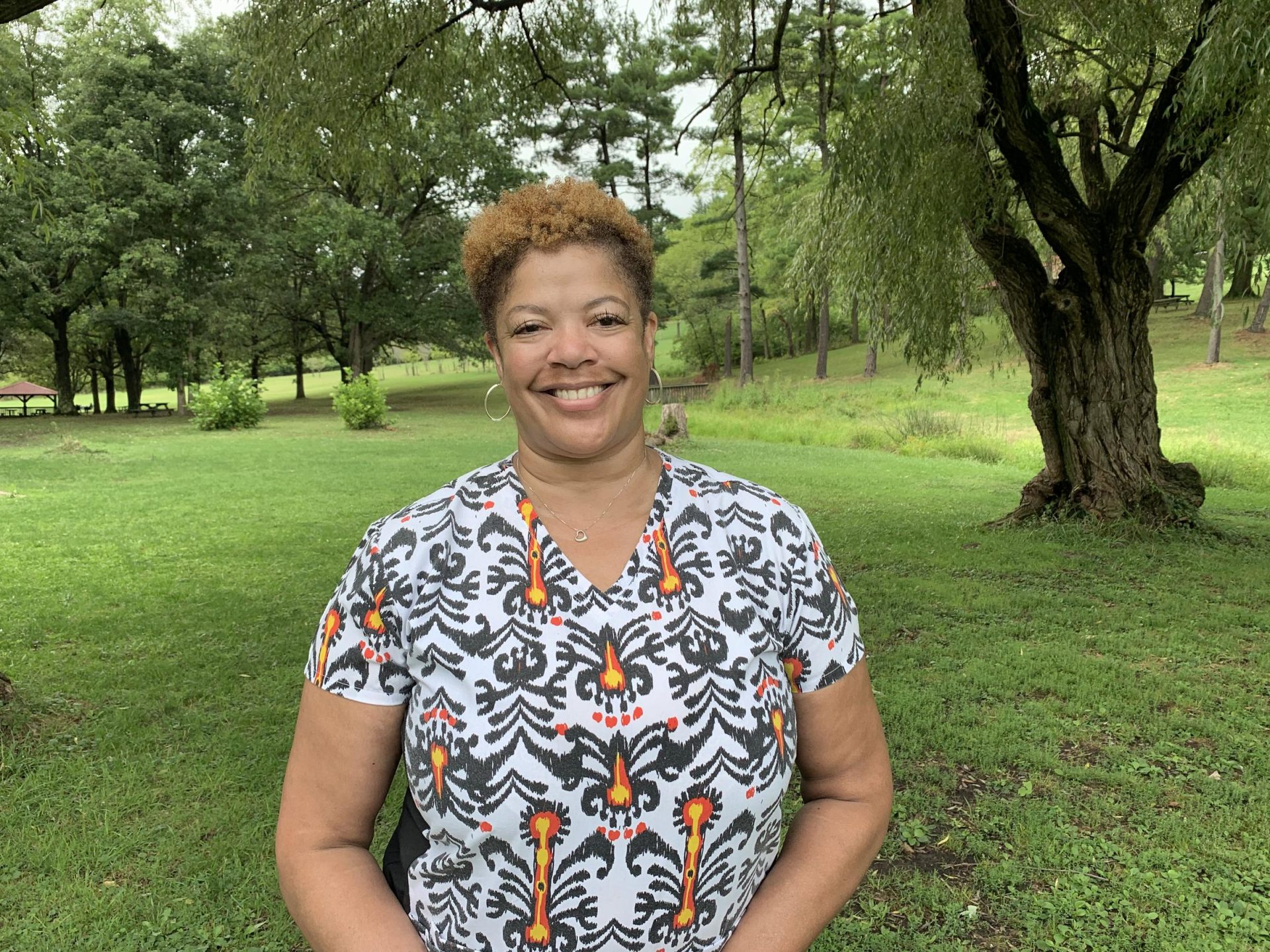 Andrea Long, of McCandless, lost her job in May. She has relied on SNAP and food banks to feed her and her son. She also works several hours a week at her church to earn extra income.

McCandless resident Andrea Long hopes the increased SNAP payments remain in place. She relies on them because she lost her job in the spring. She had worked as a collections manager at an auto parts supplier.

“If those [SNAP] benefits are cut, I don’t know what’s going to happen,” she said.

For Long, the picture is complicated by her son’s dietary restrictions. In high school, he suffered a severe football injury that led to four surgeries and a condition called avascular necrosis. Long said the disease effectively cut the blood supply to his leg and hip.

“His right bone and femur literally crumbled like ash,” she remembered. But she said her son discovered that, when he eliminated meat and dairy from his diet, he felt a lot better. “And to be vegan – I had no idea – is very, very expensive,” Long said.

Her son recently left for college, where he’s on the school meal plan. But since a COVID-19 case was reported on campus, Long said she doesn’t know if he’ll come home and need her to feed him again.

“And the stress is unbearable at times, because I’m always in flux. I’m always worrying,” she said. “I’m a very faithful person. But it looks like a hopeless situation, because we’re at the mercy of Congress.”