Wolf administration renews calls to legalize weed, but majority Republicans have other plans

"It's a turnkey solution for Pennsylvania."

(Harrisburg) — The Wolf administration is renewing its call for the Republican-controlled state legislature to legalize recreational marijuana.

At a news conference Thursday, Gov. Tom Wolf and Lt. Gov. John Fetterman both pitched the idea as a way of shoring up revenue, creating jobs, and enacting criminal justice reform.

Pennsylvania’s medical marijuana program has been in place since 2016. More than 100,000 people have a state-issued card that lets them purchase cannabis.

Lt. Gov. Fetterman, who last year embarked on a statewide listening session to hear where Pennsylvanians stand on the issue, said there’s still widespread support across all 67 counties for legalization.

“It’s a turnkey solution for Pennsylvania,” he said. “I would challenge anyone, [even] my most intensely-opposed critics, to name one other policy decision that could have so much immediate impact and so much unambiguous benefit.” 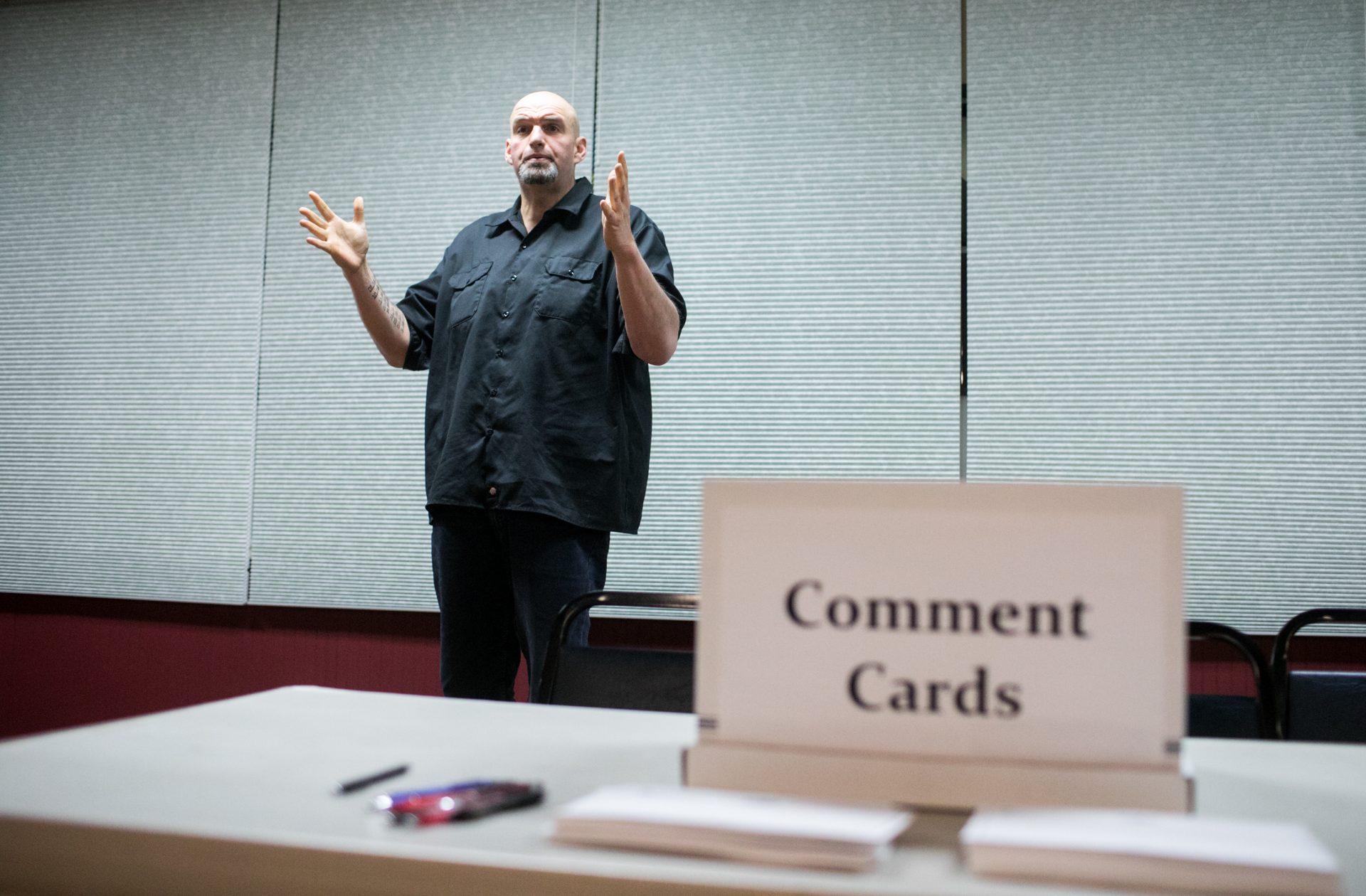 Still, the Republican majority at the Capitol has concerns. GOP lawmakers claim legalization could encourage substance abuse, and that there are more pressing coronavirus pandemic-related issues to address.

“Calling for the legalization of recreational marijuana is another inconsistency and contradiction from this governor,” House GOP spokesperson Jason Gottesmann said.

Wolf pushed back on that.

“Are they saying that this is a time when we don’t need hundreds of millions of additional revenue that could go to help people who are hurting because of the pandemic? This is a heaven-sent opportunity to do that,” he said.

Right now, there are at least three recreational legalization proposals. All are sponsored by Democrats, and all are parked in various legislative committees. Each approach the tax structure, vendor licensing process, and revenue disbursements differently.

Wolf prefers half of any marijuana sales tax to go to historically-disadvantaged businesses.

He and Democratic lawmakers also want expungements for anyone with a marijuana-related conviction, and a restorative justice program.

Democratic state Sen. Sharif Street of Philadelphia County highlighted other benefits he said a recreational cannabis program could have for farmers: the plant could work well in a crop rotation with other cash crops, and the excess parts of the cannabis plant can be used for feed.

Street, like Wolf and Fetterman, said new money for the state should be enough to change minds.

“We need the revenue. Our business communities are hurting in so many ways,” he said. “We know our hospitality industry is really taking a beating because of this pandemic, and they’re going to need to bounce back. Giving them an edge by having cannabis tourism is tremendously helpful.”

In 2018, Pennsylvania Auditor General Eugene DePasquale estimated the commonwealth could bring in $581 million in recurring revenue by legalizing recreational cannabis.

But Senate Majority Leader Jake Corman of Centre County threw cold water on the idea in a statement Thursday. He said he wants to see more specifics from the governor, and “not to expect” any legalization measure to move forward during the fall session.

“We look forward to receiving specifics about his broad concepts including who would regulate this new industry, where it would be sold, strategies for enforcement and plans to minimize the impacts on the medical marijuana industry,” Corman said.

“Like with any issue, a bill would need to work its way through the Senate Committee process to be vetted. Movement on this issue should not be expected this fall.”